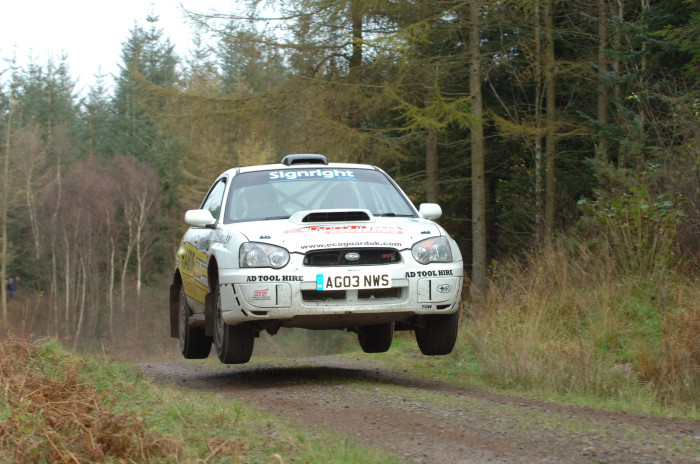 The Armstrong Galloway Hills Rally, based in Castle Douglas, has been added as the final round of this year’s ARR Craib MSA Scottish Rally Championship.

This follows the stopping of the season-opening Snowman Rally last month as a result of the tragic accident in stage one.

The “Galloway Hills”, which takes place on Sunday, October 27th, had already been approved as the “nominated reserve event” should any of the other eight SRC rounds not go ahead.

Event sponsor Jock Armstrong has won his local rally five times: “We’re sorry it’s been added to the calendar due to such a tragedy on the opening round. But we hope we can do a sterling job for the Scottish championship competitors and supporters”.

Organised by the Solway, Machars and East Ayrshire car clubs, the event has built up a strong following, attracting many of the championship regulars, as well as competitors from south of the Border and Ireland.

Clerk of the course Mike Riddick added: “Although the opportunity to organise a round of the ARR Craib Scottish Rally Championship is welcome, the circumstances are not what any of us would have chosen. Plan for the event are already underway, with a mixture of both popular traditional stages, as well as some that have not been rallied for many years”.

Dave Robson, chairman of the SRC Management Committee, said: “We are fortunate to have a well established event such as the Armstrong Galloway Hills coming into this years championship. This will allow us to maintain a full 8 round series, and we have every confidence that the organising team will provide a challenge worthy of the ARR Craib MSA Scottish Rally Championship and its competitors.”

The addition of the “Galloway Hills” means that three Dumfries and Galloway events will feature in this year’s championship – the other two being the RSAC Scottish Rally in Dumfries at the end of June, and the Merrick Stages, based in Wigtown, in early September.