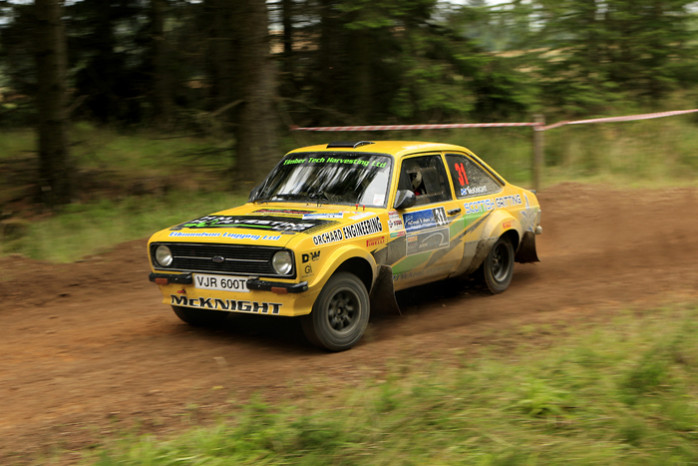 That’s the prize on offer to the top registered Junior Rally Driver on the 2015 Jim Clark Reivers Rally which is scheduled to run on Sunday 31stMay.

In association with the 2015 ARR Craib MSA Scottish Rally Championship, the organisers of the Reivers are pitching this top prize  at all Junior (under 25 yr old) drivers who are registered in the 2015 national Scottish Championship.

There is just one stipulation, they must have competed on at least two Scottish Championship rounds prior to the Reivers. That means having competed on the (past) Snowman or on the forthcoming Border Counties (21st March) and/or Coltel Granite City (2nd May).

This generous prize worth around £700 was made available to the organisers through the ‘Road to Wales’ scheme which is run annually by Britain’s counter in the World Rally Championship. In the past, free entries were made to the winners of each of the main home nations championships, but with no British Rally Championship this year the offer has been extended to previous constituent rounds.

In Scotland’s case that means both the Jim Clark and the RSAC Scottish Rally (in June) events will have a free entry in the National section of Rally Wales GB as a top prize.

However, rather than simply award this superb prize to the outright rally winner, the organisers of the Reivers have chosen to make the award to the top Junior thereby giving the lucky winner a chance to appear on the world stage.

The organisers are also hoping to work with the ARR Craib Scottish series team to enhance the prize by offering additional commercial support to whoever wins this free entry, making the prize even more valuable and attractive.

This additional prize for the top Junior will be in addition to whoever wins the ARR Craib MSA Scottish Rally Championship title outright thereby increasing Scottish representation in Wales in November.

“The Road to Wales has proved to be a huge success and we had no hesitation in continuing the initiative in 2015,” said Ben Taylor, Managing Director of Wales Rally GB. “Wales Rally GB needs to be not only the climax of the WRC but also a fantastic end-of-season festival to celebrate the very best of British rallying and the Road to Wales makes sure that some of this country’s best will be on the stages in November.”

On last year’s (2014) National Rally Wales GB, there was a clean sweep of Scottish crews on the podium with Mike Faulkner and Peter Foy finishing 30 seconds ahead of Andrew Gallacher and Jane Nicol with Barry Groundwater and Neil Shanks in third place.

That glorious run last year followed Euan Thorburn and Paul Beaton’s victory in 2013 so whoever wins the Junior prize this year will have tough wheeltracks to follow.