The Bears are Plotting 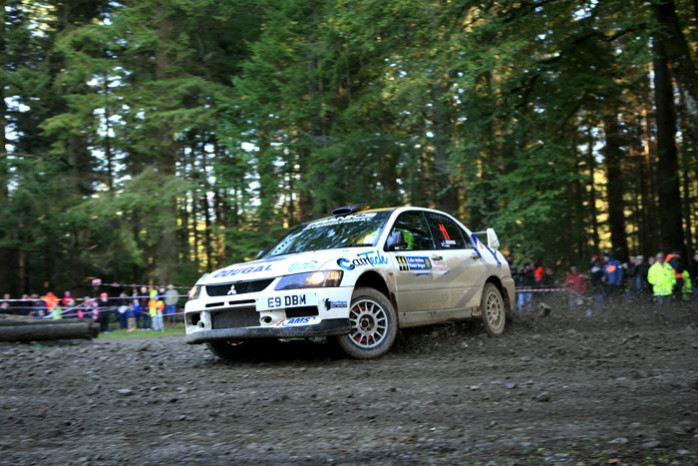 Something is stirring deep in the woods of central Perthshire. The Winter hibernation period is coming to a close and it would appear that the bears have been plotting.

However, the bears in  this case are not the grizzly type, with big teeth and bigger claws, or even the loveable, cuddly variety, but members of Lanarkshire based, Coltness Car Club who have been affectionately known throughout Scottish motor sporting circles since the mid 1950s, as ‘The Bears’.

But the fruits of their plotting have resulted in one of the most dramatic ideas to come out of Scottish special stage rallying for some years.

On Saturday and Sunday, 3/4 October, the club will organise their annual counter in the ARR Craib MSA Scottish Rally Championship, the ‘Colin McRae Forest Stages Rally’.

This year’s event will feature a rather novel format. The rally will start on Saturday afternoon, with competitors contesting 2 or 3 special stages, before an overnight halt and then resuming the rally on Sunday morning with another 2 or 3 stages.

“We wanted to try something new and different,” said club president, Jim Brown, “but there is another benefit for competitors, they won’t need to take time off work on Friday to travel to the rally. The event will be contained entirely within two days.”

The club has another ploy in mind: “We are also contemplating the idea of providing some form of entertainment on Saturday evening,” said Brown, “last year we had a Rally Forum on the Friday evening before the rally and we had a full house for that. Admittedly we had some top stars guesting that evening and it would be hard to top that, but it’s one thought that we have at present.”

Not content with all these changes, the club will introduce yet another difference to the established format. The rally’s Logistics Manager, John Beattie said: “After 5 years using the town of Aberfeldy as a base for the Rally, we are returning to Perth for a city centre start this year. We had a really good relationship with Aberfeldy, but we simply want to refresh the format for competitors and it just seemed right to return to Perth for the formalities this year.”

Meanwhile, the Route Co-ordinators, Fergus Loudon and John More, are working on which forest stages to use and the route between them: “It was in 2002 that we moved the rally from its Lanarkshire and Tweed Valley base to Perth,” said the co-ordinators, “which allowed us to use some of those iconic and classic forest roads in Perthshire which competitors and fans love, such as the notorious Drummond Hill, the dramatic Errochty and the fast and flowing Craigvinean. But we’re still working on the final format.”

This year’s Colin McRae Forest Stages Rally will therefore have a new look and offer something different to the nation’s rally drivers – and to the rally fans.