Pearson realistic ahead of 2016 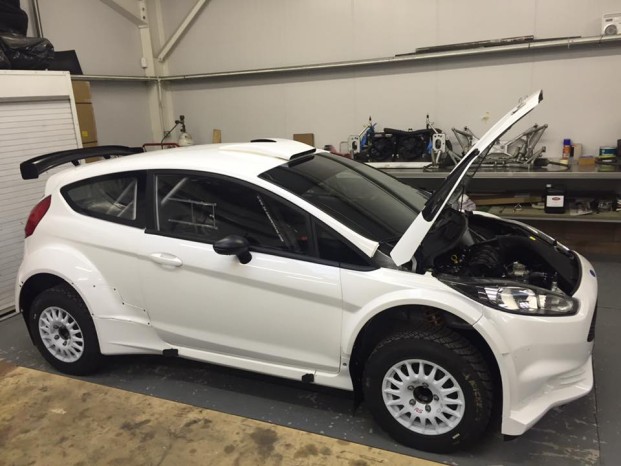 Duns driver Garry Pearson is all set and ready to kick start his assault to become the 2016 ARR Craib Scottish Rally Champion. He and co-driver Robbie Mitchell, also of Duns, will contest the 2016 season in a Ford Fiesta R5, and given Garry’s minimal experience of the M-Sport car and indeedany four wheel drive machinery, he is realistic about what he can achieve on the opening round of the championship, the Snowman Rally.

Garry said: “We have to be realistic. Mileage in the car is key for the Snowman. A top 10 would be nice which we would aim to build on. We would like to develop round by round. Having never driven the car before and having only driven Four-Wheel Drive once prior to the Snowman it’s a difficult question to answer [what his aims for the season are].”

“As of today [26th January] I’ve sat in the car for two minutes for a photo and couldn’t get my legs under the steering wheel. We hope to have a small test in the car before the Snowman, if not I’ll learn quickly on stage one.”

The Scottish Rally Championship has been won by three different drivers over the past three years, making it a very open and closely contested series. There are many drivers who are in with a shout of taking the 2016 title.

“I’ve watched Mike Faulkner since I was about 12 years old and Jock Armstrong since about 14,” Garry explained. “They’ve always been there or thereabouts and have a wealth of experience in Scotland as well as Jock being reigning champion. There’s also a fierce bunch of Group A Evo’s and Shaun Sinclair should go well in the Subaru.”

Pearson has chosen to compete in the Scottish Rally Championship despite the reincarnated British Rally Championship, in which the main contenders are using cars like Garry’s Fiesta. But Pearson sees the SRC as a much better place to learn the car and get comfortable and competitive in it.

“For us it’s a great way to learn the Fiesta R5 and in my previous experience the Scottish Championship offers some of the best stages in the UK to do this on. The BRC is somewhat in the unknown at the moment for sure some big names have signed up which is excellent for them but realistically for us new to four wheel drive it would be unrealistic to be able to jump in an R5 and compete with the likes of Evans and Bogie.”

The 2016 Scottish Rally Championship season gets underway on the 20th of February on the Snowman Rally in Inverness.