Armstrong not feeling the Pressure ahead of Title Defence 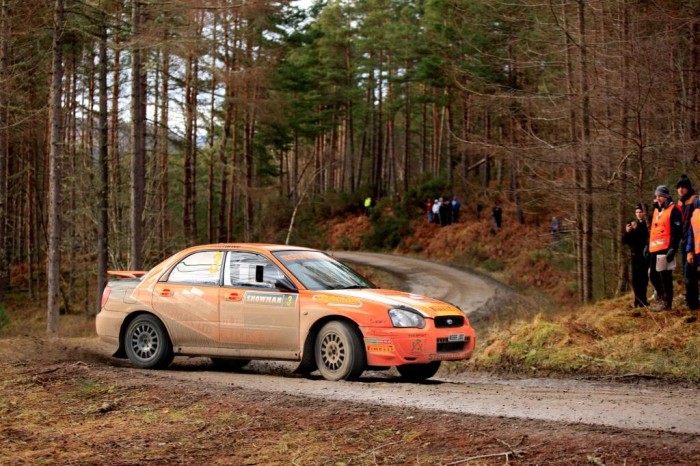 Jock Armstrong from Castle Douglas was crowned the ARR Craib Scottish Rally Champion for the first time in 2015. Alongside navigator Paula Swinscoe, he guided his Subaru Impreza to two outright rally victories and three further podiums, which was enough to see the pair crowned champions come the end of the season, which was a “proud moment” for Jock.

He said: “It’s a nice landmark to become champion after being close for a lot of years. When I picked up the trophy and read all the famous names on it that’s when it hits you for sure.”

Jock heads into 2016 as the man everybody is aiming to beat, but he isn’t fazed by this prospect.

“There is not any more pressure than normal apart from the fact that you’re another year older, wiser and slower!? Hence I need all the help I can get from my friends and sponsors.”

“There are no changes to write home about [from 2015] apart from a few aero dynamic touches made from our sponsor Rallytech. TEG sport and Alkatek are also always progressing with new parts and ECU mapping which now seems to have put us in front which has helped us greatly.”

“Paula Swinscoe is doing a fine job organising us and on the notes again navigating for me.”

The ARR Craib Scottish Rally Championship is one of the closest fought championships in the UK, with three different winners over the past three years. Armstrong is well aware that there will be many pretenders to his crown.

“Mike Faulkner is always knocking on the door. There are a few Northern Boys such as Quintin Milne, Donnie Macdonald, Dave Weston and Shaun Sinclair is now turning up with some good machinery. And of course Bruce McCombie was always consistent last year.”

The first round of the Scottish championship is the Snowman Rally, which Armstrong won last year in the snow and ice. However despite his skills in wintery conditions, he isn’t fussed what Mother Nature throws at him.

“I don’t mind what it does on the Snowman rally at all. As long as it’s either one or the other [snowy or not snowy].”

“I prefer it to be a foot of snow and ice but when there’s a bit of black ice here and there and you’re trying to commit yourself it’s not so much fun.”

Jock Armstrong and Paula Swinscoe will get their title defence underway on the 20th of February on Inverness’ Snowman Rally.