Top 3 finish on the mind of MacDonald 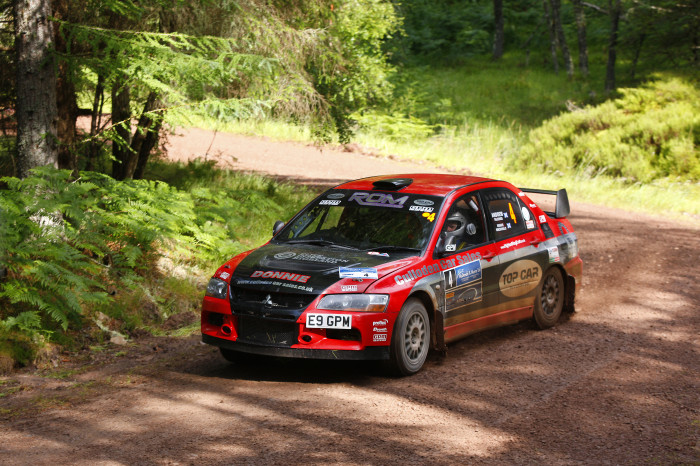 “[We’re aiming for] a podium or better if possible.” Donnie said.

With it being his home event, it would be understandable if he felt some extra pressure, but MacDonald says the added pressure spurs him on.

“It makes me try harder,” he said.

“I’m fortunate to have had some great local support from fans and the press which we are very grateful for.”

For 2016 Donnie hasn’t changed anything to his car or team, which should mean he does not have to adapt to anything new. He finished 2015 in strong form with a podium finish on the Speyside Stages, so subsequently he has high expectations for the 2016 season.

“[We’d like to finish in] the top 3 of the championship if possible,” Donnie said. And MacDonald reckons he will have plenty of competition for that place.

“Armstrong, Faulkner, McCombie, Sinclair, Groundwater, McCulloch, Milne and also there’s some new boys that will be pushing on towards the middle of the season like Ross MacDonald and Scott MacBeth.”

Donnie MacDonald and Andrew Falconer get their 2016 season underway on the 20th of February, on the Arnold Clark Jurys Inn Snowman Rally.