Winning the SRC title is the motivation for Faulkner 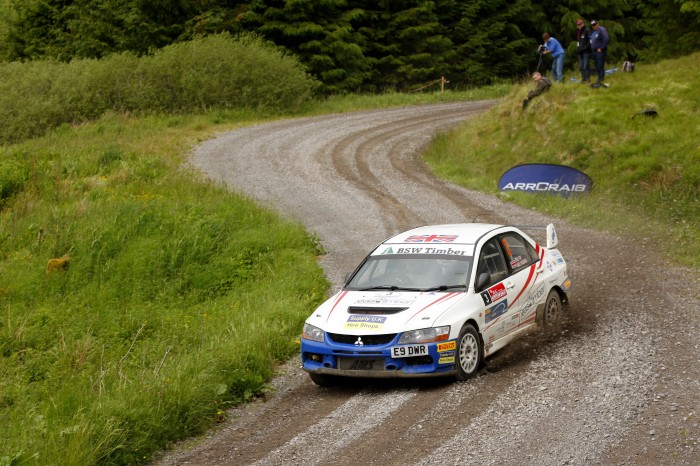 Mike Faulkner and Peter Foy have been frontrunners in the ARR Craib Scottish Rally Championship for a few years now. They came the closest yet in 2015 when they were involved in a season long battle with Jock Armstrong and Bruce McCombie in their Mitsubishi Lancer Evolution IX. Having come so close, it is no surprise that the man that grew up in Boat of Garten is aiming high for 2016.

He said: “Winning the championship and every rally we do is what motivates us and is what drives both myself and Peter to give 100%. How realistic that [aim] is we will have to wait and see.”

The Scottish Rally Championship has been won by three different men over the last three years, and Faulkner is aware of the competitive nature of the series.

“Jock [Armstrong] will obviously start favourite and we expect Shaun [Sinclair] to be right up there with his new car. After that we will have to wait and see who turns up but there will be a dozen drivers out there capable of putting a top 3 together which is what makes the SRC a great challenge.”

For the 2016 season, Mike hasn’t changed much to what has proved to be in the past a winning formula. The only small upgrades have been to the diff pump and the car now has some Rallytech guarding. But the Mitsubishi is “as it finished Rally GB”.

The first round of the 2016 SRC is the Snowman Rally based in Inverness. Faulkner has a very simple plan for the often fearsome gravel test.

“As with any SRC event we will try not to get ahead of ourselves and just aim to give 100% and see what falls out.”

“The fast flowing roads are good for us but the weather can make it extremely difficult and it’s very easy to chuck it off and have a rubbish start to the season. It’s just a case of trying to balance that risk in what is always changing conditions.”

Mike has never won the Snowman which he sees as his “home event”, but is hoping that 2016 can be the year that that changes. But regardless, he is aware of what a great championship he is a part of.

“While in the last few years I have slipped over the border the SRC is where it is happening.”

“It has some of the best stages, best events and best competition in the country. While the competition is fierce there is a great camaraderie.”

Mike’s 2016 season gets underway on the Arnold Clark Jury’s Inn Snowman Rally on the 20th of February.