It’s going well for Robertson in 2016 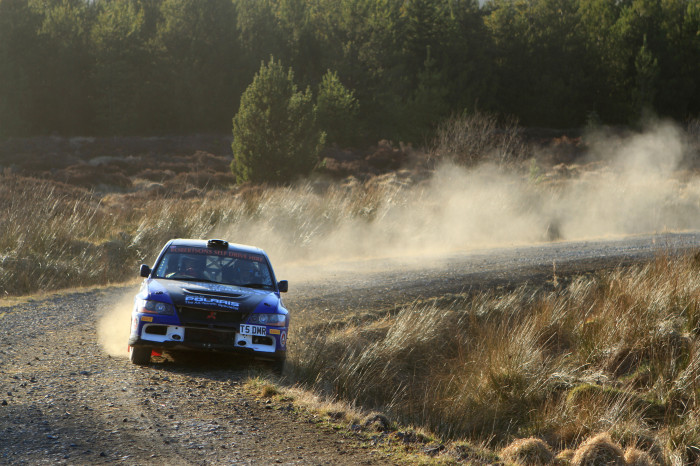 Dale Robertson and Stuart Loudon have enjoyed a great 2016 ARR Craib Scottish Rally
Championship so far as they lie third in the championship mid-way through the season.

Driving a Mitsubishi Lancer Evolution IX, Robertson achieved an incredible second place on
the opening round, the Arnold Clark Jury’s Inn Snowman Rally, on his first event back in the
championship following his sabbatical in 2015.

He said: “The season has gone well so far apart from the broken driveshaft on the Border
Counties. We are third overall and not far away from the top cars.

“The car is great this year, [Dom] Buckley’s have the gearbox and diffs just now, re-building
them for the second half of the season so it should be fresh and ready to go.”

Robertson and Loudon have only done three rallies together as they paired up at the start
of the season, but their relationship is working well. So much so that Robertson believes
some top performances and results are possible on the remaining three events.

Dale said: “Stuart and I have gotten on really well this season with a second overall on our
first event.

“In the second half of the season I think we can be in the top 5 with maybe another top 3
before the end but we need to remember it’s only a Group N car with a Group A restrictor
on it.”