Mixed Emotions for Sinclair after 3 Rounds 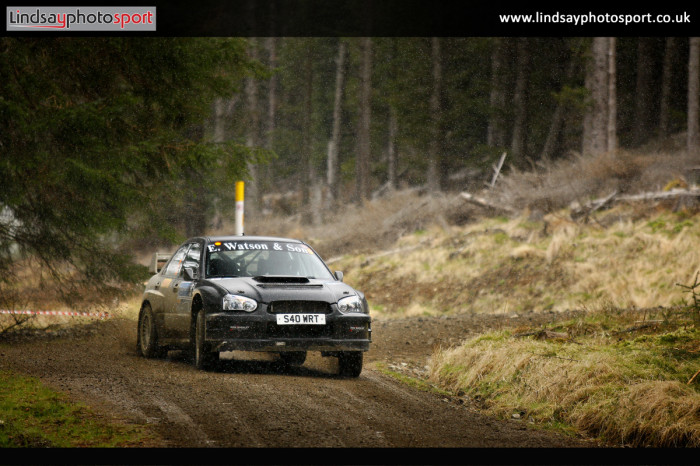 Shaun Sinclair was one of the tips for success at the start of the 2016 ARR Craib Scottish Rally Championship after he acquired an ex-Petter Solberg Subaru Impreza WRC.

However, on both the northern rallies in Inverness and Elgin his Impreza has suffered mechanical problems that have blighted his progress. Down in the Scottish Borders for the Border Counties Rally he took a superb third overall at the wheel of a Ford Focus WRC.

Shaun said: “I’m a bit disappointed but the pace has been good.

“The Subaru is up for sale as I am wanting an R5+ [Fiesta]. But until it goes I will be competing with the Subaru.”

After the first three rallies Sinclair is sitting outside of the top 10 in the championship, and is unsure as to whether he will complete the entire 2016 season.

He said: “I’m taking each rally as it comes. I probably won’t continue the championship if I don’t have a good Scottish.

“It’s a bit repetitive for me. They need to change routes I think. Unknown routes will level the field.”

Sinclair is looking forward to testing himself against the very best.

Asked how he felt about sharing the stages with the BRC drivers, he said: “It’s great to compete with the top boys and cars. I need to test myself every day.”

Sinclair will next be in action on Saturday 11 June in his Impreza WRC for the DMACK Carlisle Stages before the ARR Craib Scottish Rally Championship resumes in Dumfries.