A little bit of luck needed for MacDonald 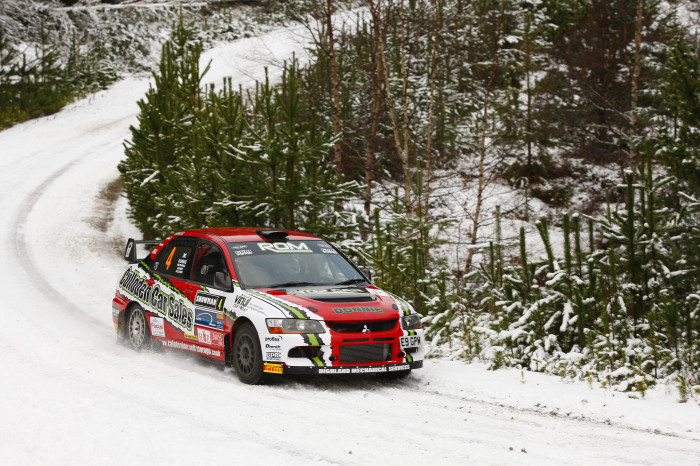 MacDonald, who is also competing in the BRC National Cup in 2016, got his SRC season off to a tremendous start on the Arnold Clark Jury’s Inn Snowman Rally, claiming his first ever Scottish championship win on his home event.

Donnie said: “It’s been an excellent season so far for Andrew and I, although our SRC championship needs a little bit of luck.”

After a fantastic opening round, MacDonald’s season unravelled a little with punctures, mistakes and car issues on the next two rounds, the Brick & Steel Border Counties Rally and the McDonald & Munro Speyside Stages that saw him finish outside the top 5 on both occasions.

Looking ahead to the second half of the season, Donnie said: “We’re hoping to push as high as possible in the SRC and hold our number 1 position in the BRC National Cup.”

Despite challenging for two different championships in Dumfries, MacDonald is remaining unfazed.

“At the start we will treat the rally as normal, but we will just have to see where we are at the half way point of each championship.

“They’re great stages, I love Ae forest and I think all the Scottish stages suit an Evo!”

MacDonald and Falconer will be looking to get their SRC season back on track on the Scottish Rally on 25 June.