Third the best Faulkner could do in 2016 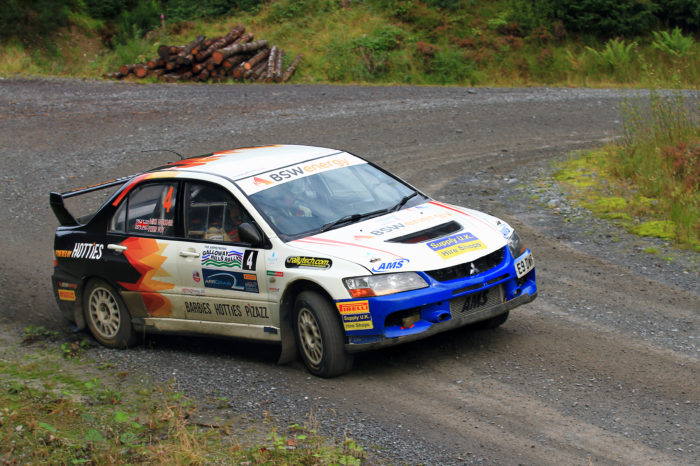 Wigton driver Mike Faulkner and Bingley co-driver Peter Foy have been frontrunners in the ARR Craib MSA Scottish Rally Championship for a number of years now, and in 2016 the pair took third place in the championship in their Mitsubishi Lancer Evolution IX.

For most crews this would be considered a fantastic achievement, but Faulkner was left a little disappointed with the season which saw him fail to win an event and struggle on the opening round in Inverness and the Grampian Stages in August.

Mike said: “If you had asked me at the start of the year we would have been disappointed with third in the championship, but looking back we are pleased because it was the best we could do.”

Faulkner’s class 11 Mitsubishi is undoubtedly a competitive car, but compared with some of the cars at the very top of the SRC it struggles a little bit. This is mainly what has prevented Mike from being at the top of the pack this year, as he has consistently been wringing absolutely everything he can from his Evo.

However, despite not being quite where he’d like he is still enjoying himself.

He said: “There is not much we can do to close the gap, but we get out enjoyment from getting the best of what we have.

“The highlight of our year was probably the Scottish, it was great to be amongst the BRC crews.”

Up next for Faulkner and Foy is the Wales Rally GB National (27-30 October), an event which the pair have won the past two years.

Mike is aware making it a hat-trick will be difficult.

“We have really enjoyed Rally GB the last two years,” he said.

“It’s a great atmosphere and to win three times would be fantastic, but it’s a tough event with tough competition.”

After that, it’ll be back to the Scottish Rally Championship for 2017, a championship Faulkner thinks is getting stronger and stronger.

“It’s been a great year with some fantastic events and we feel we have been driving as well as we ever have but everybody is getting closer which can only be good for the championship.