McCulloch hails his “great year” in 2016 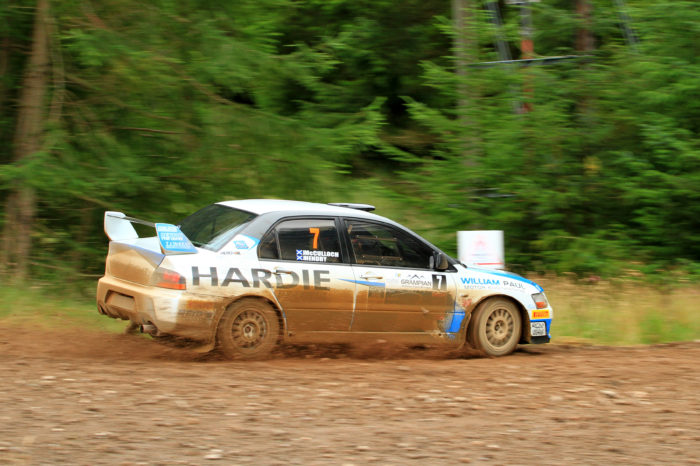 McCulloch’s season got off to a great but painful start with a third place that could so easily have been a win, but after a few teething issues with his new car come the Scottish rally in June he was on song, and he took two fourth places and a third on the final three rallies.

Mark said: “It’s been a great year for us, I am really happy and overall I think Michael and myself have come a long way this year. To be now challenging consistently at the sharp end of the championship for the second half of the season has been great fun.

“The highlight of the year for me was just going out and enjoying a full seasons rallying. I haven’t had as much fun competing since the 205 Challenge in 2008 but I think this year has finally topped it!”

However, it is unknown whether McCulloch will be back out on the stages next year, having spent a lot of his budget on the 2016 season.

Mark explained: “At the moment we have no plans for next year. We work on such a tight budget and this season has stretched that to the max and beyond, so as things stand we might need to take some time out.”

McCulloch has vowed to work as hard as he can to be back out again next year, which is just as well as it would be a great shame if he wasn’t able to continue his fine form into the new year.

He added: “I have so many people I need to thank but if I do end up having a small break from competing I think I will need to put a small piece together to thank everyone for their help over the years.

“I really do hope it doesn’t come to that though.”