McCombie masterclass as many fall by the wayside 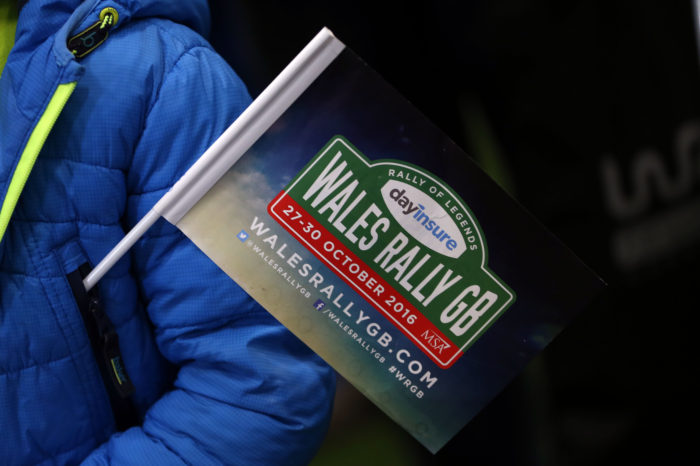 Day 1 of the Dayinsure Wales Rally GB National 2016 ended with Banchory driver Bruce McCombie and co-driver Michael Coutts at the head of the leaderboard by 28 seconds from Luke Francis in their Mitsubishi Lancer Evolution IX.

The first 55 miles of the 107 mile event saw many of the pre-event favourites fall by the wayside in what was most certainly a day of attrition.

McCombie was second fastest in the opening Myherin test, and held on to second overall in Sweet Lamb before winning both Hafren and Dyfnant to go to bed tonight with almost half a second of a lead.

However, Bruce who hadn’t driven the car since the Galloway Hills on 10 September before today, was surprised to be leading and thought he could have gone faster.

“It’s over-heating,” he said. “It’s running out of water.

“The first two stages were a nightmare with the fog, over-heating half way through so it’s been damage limitation for the rest of the afternoon. We’re leading but we’re surprised. If it was going right we would have had a fair bit of a lead, or would have crashed!”

Iain Wilson is holding fifth overall after the first four stages of the event, having set some good times on the opening tests of the leg.

However, a rear left puncture on SS3 saw him drop back down the leaderboard after running as high as third overall.

He said: “We followed Fraser MacNicol for about six miles in the first stage, but it was only really Sweet Lamb and that one that we got a good run at. The fog was so thick.

“I’m not going to complain because we are where we are, we’re top 5 and I think we were running second or third after the first stage. We lost a minute and a half with the puncture.”

Scott McCombie and Mark Fisher headed to Wales on the back of their SRC Challengers success, but they weren’t quite able to show the pace they did in Scotland that earned them that accolade in the classic Welsh forests.

Scott said: “The first stage was definitely a struggle with the fog but we’ve had no anti-lag all day, it went in the morning and nothing after that. We are still here though which is important.

“We’re definitely going to push tomorrow, there’s nothing to gain by going slow.

Like many of his rivals, MacNicol struggled in the early morning fog.

He said: “I didn’t drive very well on SS1 so we lost a lot of time, it was quite thick fog which put me off a wee bit. If it was a shorter stage and we had messed that up it wouldn’t have been so bad.

“Sweet Lamb was just Sweet Lamb, a wee blast around. We did alright on 3 (Hafren) and 4 (Dyfnant) was alright as well so not too bad, but the car has been chucking out a lot of water and over-heating so hopefully we can get that sorted.

“We’re happy enough with eighth, our plan was to stay in the top 10 today so it kind of worked.”

Carl Tuer and Rob Tuer sit eighteenth overall in their 1600cc MG ZR, an impressive placing considering the last time they competed was on the Border Counties back in March.

Carl said: “We considered changing our notes system for this event but once we saw the fog there was no real point. The fog was tricky but we went really well on SS4.”

Robert Thomson and Steven Kerschat had a solid day in their Evo IX and lie 26th after the opening day.

Tom Coughtrie and Calvin Cooledge are lying 42nd overall in their Escort RS1800, with Geoff Goudie three places back on the leaderboard.

Goudie is running new upgrades including anti-lag for this weekend, and didn’t meet his co-driver Kevin Rees until 3pm yesterday. His charge was hampered a misted-up windscreen in the morning.

The rest of the Scottish crews had a day to forget.

Barry Groundwater and Neil Shanks were running well, as high as third after SS3, but the turbo aboard their Mitsubishi Evo X blew at the end of SS3 and the they retired for the day on the road section soon after.

Simon Hay and Calum Jaffray broke a driveshaft in their Mitsubishi in Sweet Lamb, resulting in RWD only.

Ian Forgan and Lee Hastings both failed to make the finish of the day in their Subaru Imprezas, whilst Kevin Robertson suffered the same fate in his Evo IX.

The biggest casualty however was Mike Faulkner.

Faulkner, co-driven by Peter Foy, has won this event the past two years but saw his hopes take a literal hit as early as stage 1 in 2016.

Mike said: “Our pace was good but safe in stage 1, but then a missed pace note in the fog resulted in us going off at a ninety right and unfortunately we collected a couple of trees which made a mess of the car.”