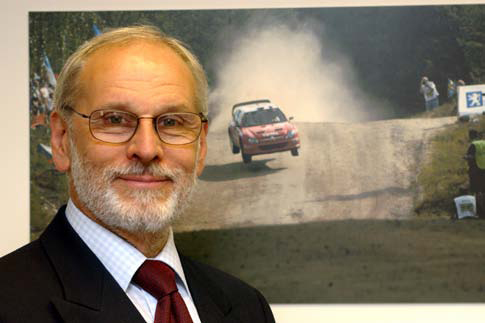 A name which is synonymous with UK rallying, John first made his mark on the sport as an international co-driver and competed alongside the likes of Russell Brookes, Billy Coleman and Jimmy McRae in a variety of cars and teams. Perhaps the most famous of these was with GM and the Opel brand in the 1970’s.

The ARR Craib MSA Scottish Rally Championship have paid tribute to John by naming the new and exciting Star Driver Award after him.

Dave Robson from the SRC will be piloting the new initiative through the season and felt it made perfect sense to name the Award after John.

“It’s hard to find a major rally that John wasn’t involved in and he has been sorely missed by the motor sport fraternity since his death” he says.  “John put so much work into the sport and was so very highly respected by us all. He was a great friend to the Scottish Rally Championship, supplied our trophies for many years and was always available with advice and knowledge. It’s an honour to be able to name the award after him and we would like to thank the Horton family for allowing us to do so”.

Following each round, an assembled panel of SRC officials, media and independent observers will select an SRC-registered driver who they feel put in an extra special performance during the rally to go forward to an end-of-year shoot-out.

The winner of the shoot-out will receive an entry to a top end of year European event where their entry fee and accommodation costs will be covered and contributions towards fuel and tyres will be added in courtesy of our championship partners.
There are further prizes on offer to SRC crews in 2017.

The overall Champion and Junior Champion will receive free entries for the Wales Rally GB National in October, an event that has been won by an SRC crew since 2013.

The 2017 ARR Craib MSA Scottish Rally Championship takes in over 300 competitive stage miles across Scotland, kicking off with the Arnold Clark Jury’s Inn Snowman Rally in Inverness on 18 February.