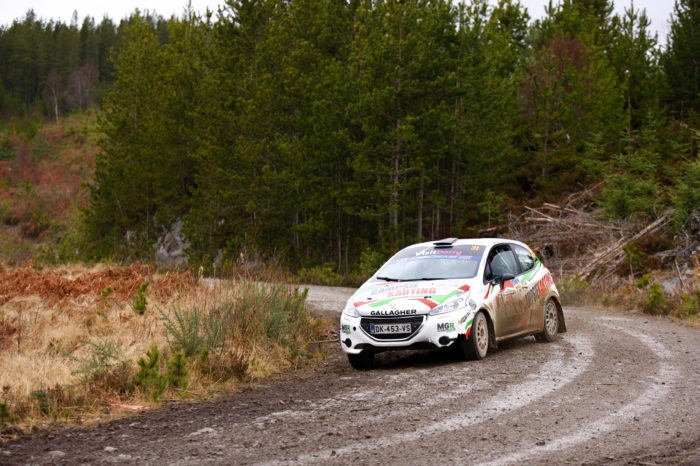 The ARR Craib MSA Scottish Rally Championship (SRC) has launched an incentive scheme for overseas competitors in a bid to entice them to contest the remaining six events of the series.

With a succession of Irish contenders heading across the North Channel and Irish Sea to contest the SRC in previous years, the championship has announced a support package to competitors coming from overseas in 2017 with a ferry subsidy scheme.

The SRC Overseas Support scheme will see the championship support any registered competitor residing outside Scotland who requires the use of a ferry to transport their car to SRC events.

On receipt of the ferry invoice, the SRC management committee team will make a £100 contribution to the costs.

The scheme aims to further encourage Irish and other foreign competitors to come and join one of the most competitive championships in the UK.

“Historically we have always seen a healthy contingent from Ireland come and contest the SRC” says championship Chairman Gordon Adam.  “The series is an excellent proving ground for young talent and offers a huge variety of events to nurture their skills on.  But equally, experienced crews can come over and compete in the Scottish championship which offers some of the best forest roads and competition in any of the UK gravel championships.

“We wanted to open the series up to as many people as possible across the water and we hope it will encourage our friends from Ireland and beyond to come and join us during the year”.

Letterkenny driver Marty Gallagher took advantage of the new scheme for round one of the 2017 SRC, the Arnold Clark Jury’s Inn Snowman Rally in Inverness.

The Irishman said: “For 2017 we were looking for more gravel experience. We looked at doing the Irish Forestry Championship but when we found out about the Overseas Support Scheme from the SRC that made our decision simple. We found it a great incentive and having just completed our first rally in Scotland, we were delighted with rally, the reception we got and the result we achieved.”

The next round of the SRC is the Brick & Steel Border Counties Rally in Jedburgh on 18 March.