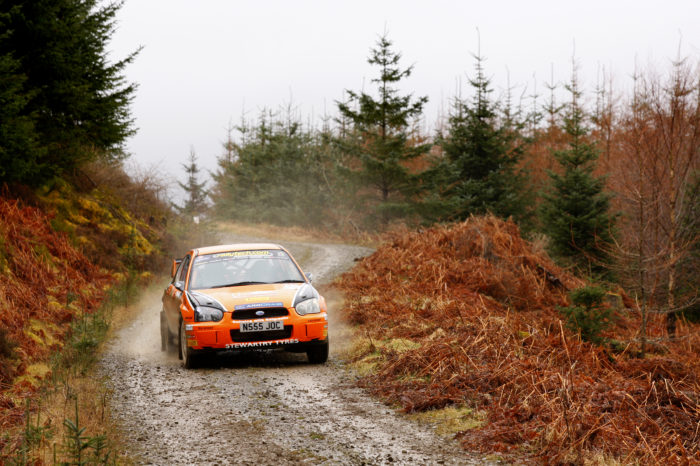 Jock Armstrong and Paula Swinscoe won their second consecutive Brick & Steel Border Counties rally this weekend and with it, round two of the 2017 ARR Craib MSA Scottish Rally Championship (SRC).

The Subaru Impreza crew won the event by just under 20 seconds, taking the lead early on and holding onto their advantage throughout the day.

The defending champion mastered most of the tricky conditions that the Tweed Valley forest tests threw at him, with frequent rain showers and thick mud doing its best to catch out the unwary.

It wasn’t a completely clean run for the Castle Douglas driver though. A near rally-ending moment in SS5 Elibank would have seen the orange Subaru head straight into the Scottish Borders countryside if not for a good bit of car control by Armstrong.

“It’s been a really good day today,” said Armstrong. “I thought the podium was realistic this morning but to take the lead and then stay in front to win the event from start to finish is amazing. Fair play to everybody today, we were pushed hard but I’m glad I’ve got my confidence back.”

Euan Thorburn and Paul Beaton backed up their podium on the Snowman rally with another on the Border Counties, taking second place in their Ford Fiesta R5.

In a repeat of his opening round pace, the Duns driver suffered a slow start and coupled with double punctures in stage six, cost him too much time to challenge Armstrong. Despite clawing some seconds back in the afternoon, it simply wasn’t enough and second was small consolation.

“They were tricky conditions out there today, but we got more miles in the car which is important” said Thorburn. “We didn’t put a spanner to the car all day so we’re looking forward to building on this and pushing on in the next one. We just need to pull our finger out at the start!” 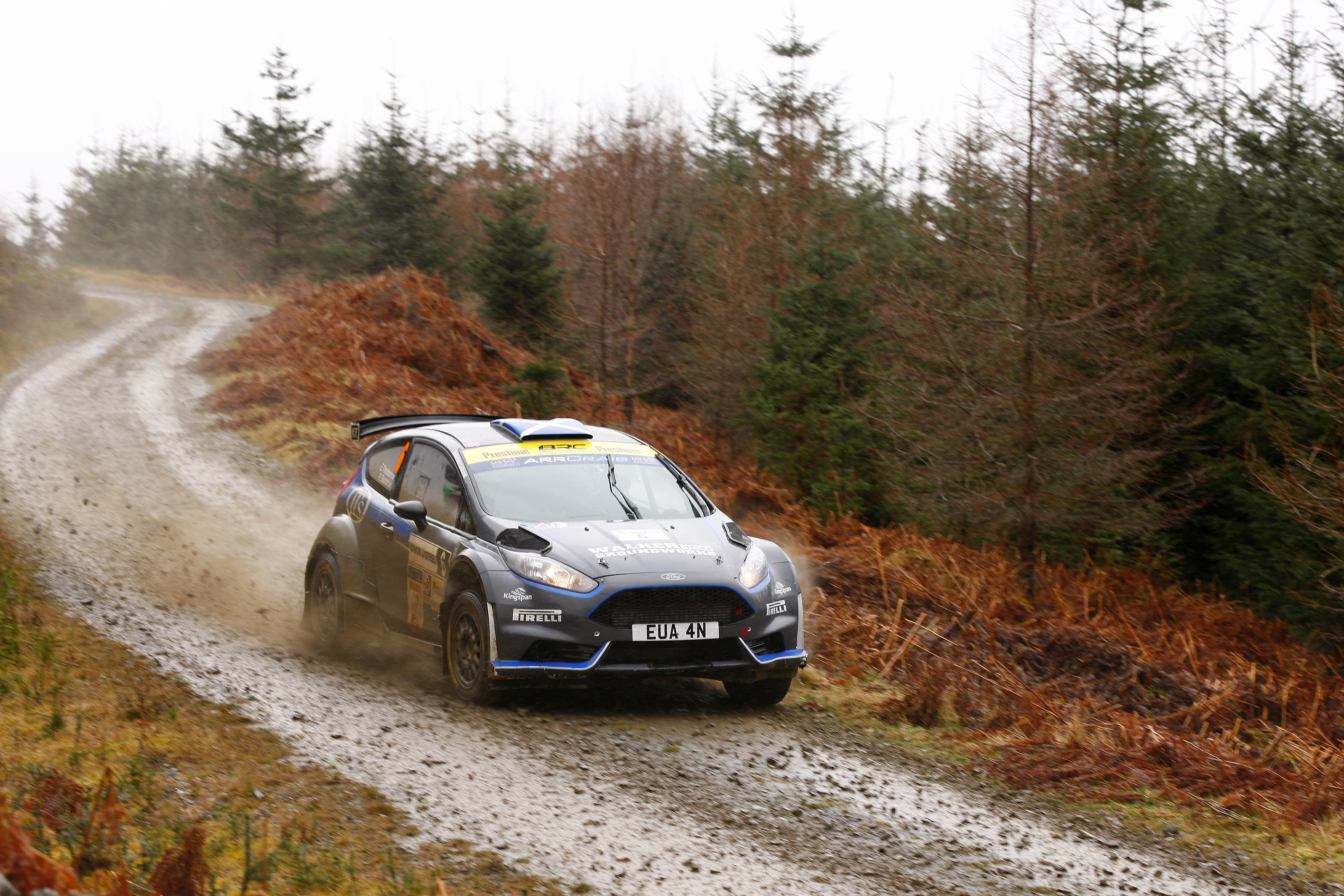 Mike Faulkner and Peter Foy got their championship season properly up and running with a third place finish in the Borders.

The Mitsubishi Evo IX pairing impressed as they further got to grips with their new and upgraded Lancer, proving their pace by winning the final stage.

“We’re definitely happier with the car and the times,” Faulkner enthused, “we’re starting to get to grips with everything. We just have to keep pushing on and learning what we can achieve with this thing (the car). Everything’s definitely happening a lot quicker which is a challenge but it’s a good sign.” 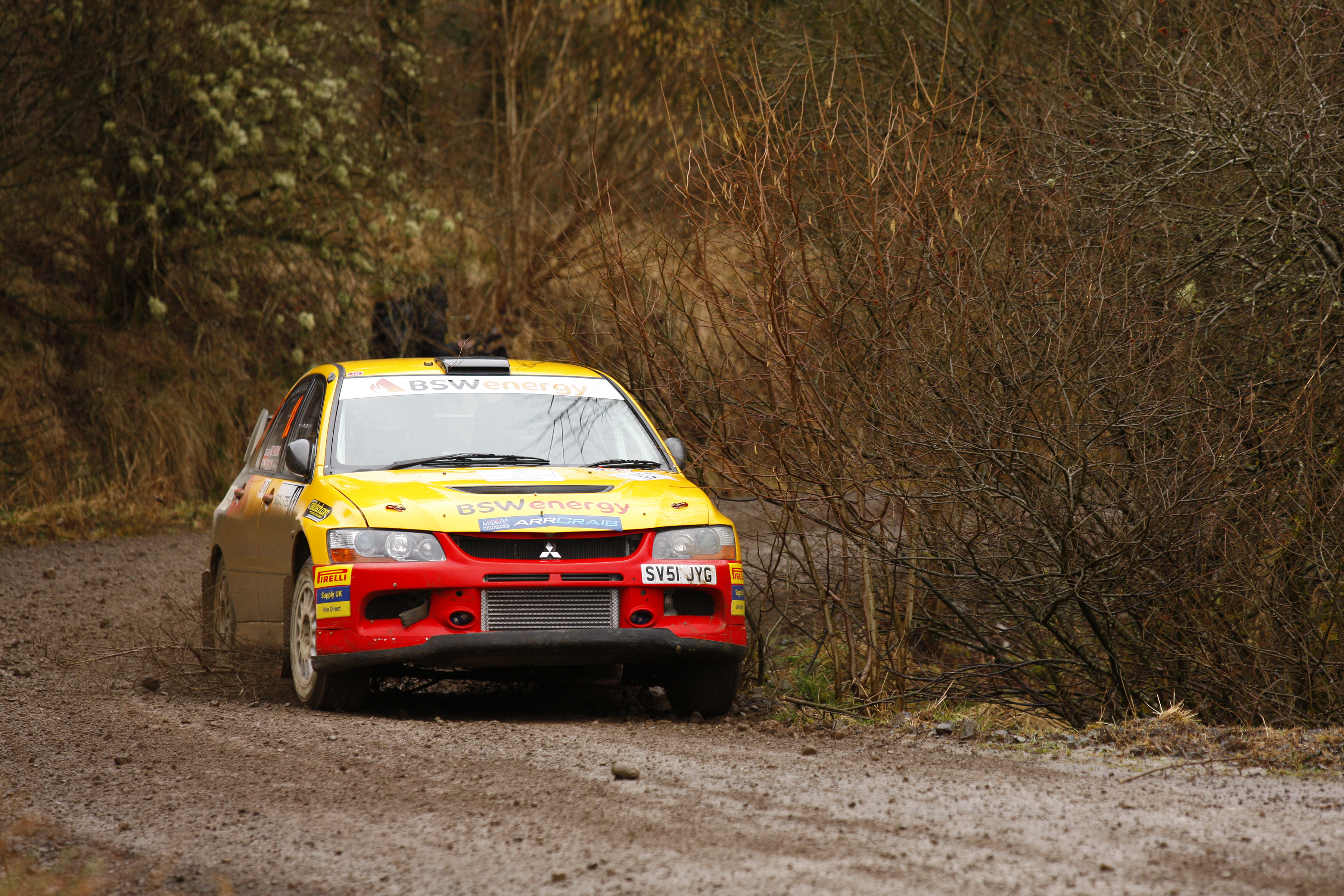 Faulkner and Foy enjoyed a good battle with the Fiesta R5 of Rory Young and Allan Cathers throughout the day, battling for tenths of seconds and position before the Mitsubishi pulled away in the final loop.

Fourth was still a great result for the Dumfries driver who continued his fine start to the season, improving on the fifth he scored on the Snowman.

Mark McCulloch and Michael Hendry rounded out the top five in their Mitsubishi Evo IX, bagging solid points for their championship.

They were incredibly lucky to make the finish after suffering a high speed fifth gear moment in the final stage, with the car hitting a bank but somehow managing to stay on course.

Greg McKnight and Laura Marshall claimed sixth overall in another Evo IX, but it could have been so much more as the pair were running as high as second after five special stages.

However the brake pipe problems that hampered the Evo on the Snowman plagued the luckless McKnight again on round two, with a double puncture making matters worse. There was consolation however as he was awarded the SRC John Horton Star Driver Award for his efforts.

McKnight said: “I’d have taken this result at the start of the day but obviously it’s disappointing given how high we were running. It was a burst brake pipe and then a double puncture that cost us, but that’s rallying. The pace is there though and after a test this week it has all clicked together so it’s encouraging.” 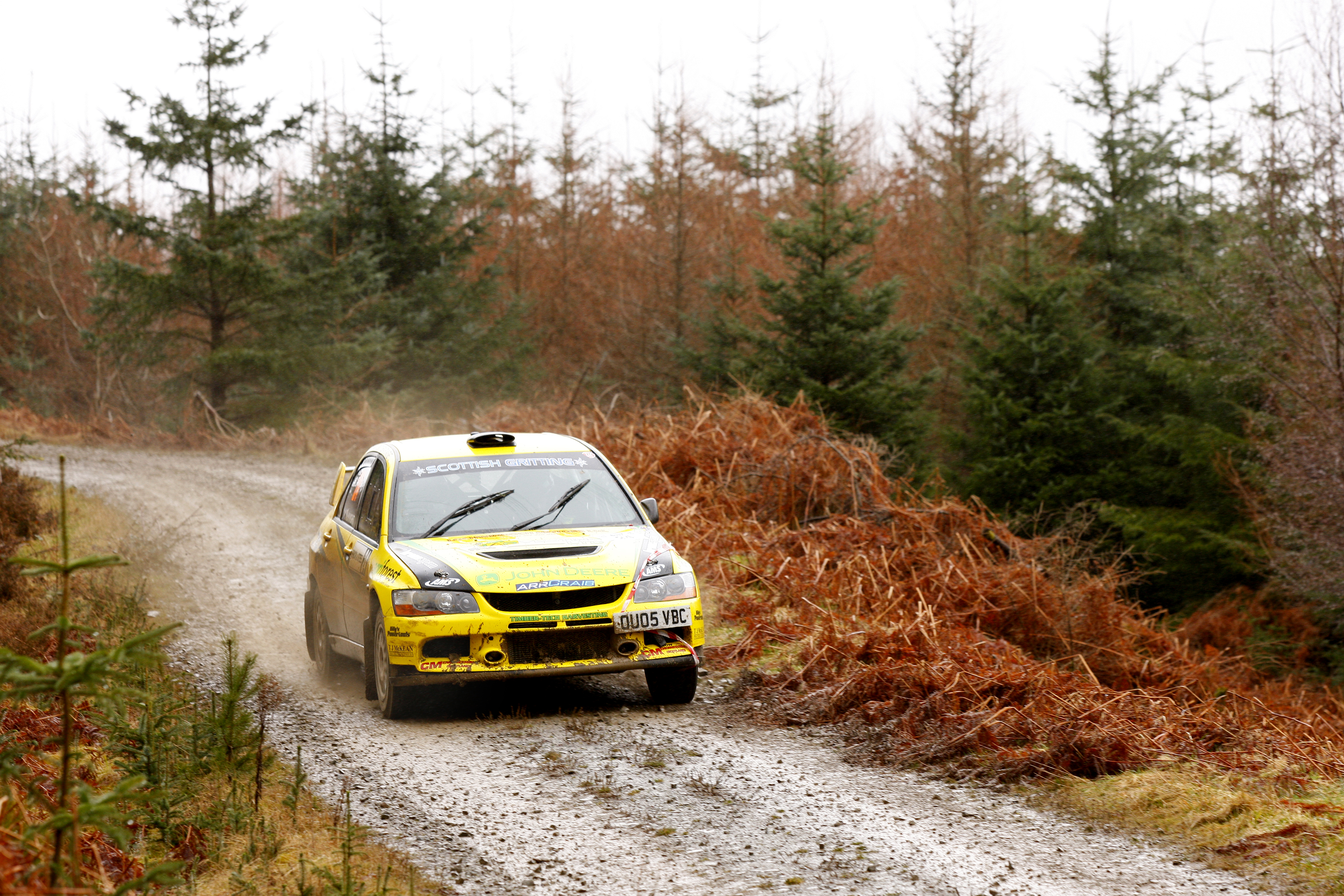 Iain Wilson and co-driver Will Rogers brought their Subaru Impreza home in seventh place, with Wilson finishing as top Challenger for the second event in a row.

Binnie however took second in the Challengers behind Wilson, with John Wink grabbing third in the category in his Mitsubishi Evo IX.

Shaun Sinclair and Jamie Edwards were expected to go well in their Subaru Impreza S14 WRC, but the Oban driver got beached on a bank on the morning’s second test which meant his day was effectively over before it had really begun. The pair finished over seven minutes behind the overall winner.

The next round of the series heads back to the north for the McDonald & Munro Speyside Stages, based in Elgin on Saturday 22nd April.

The championship consists of seven forest events, taking in over 300 competitive stage miles across the width and breadth of Scotland. 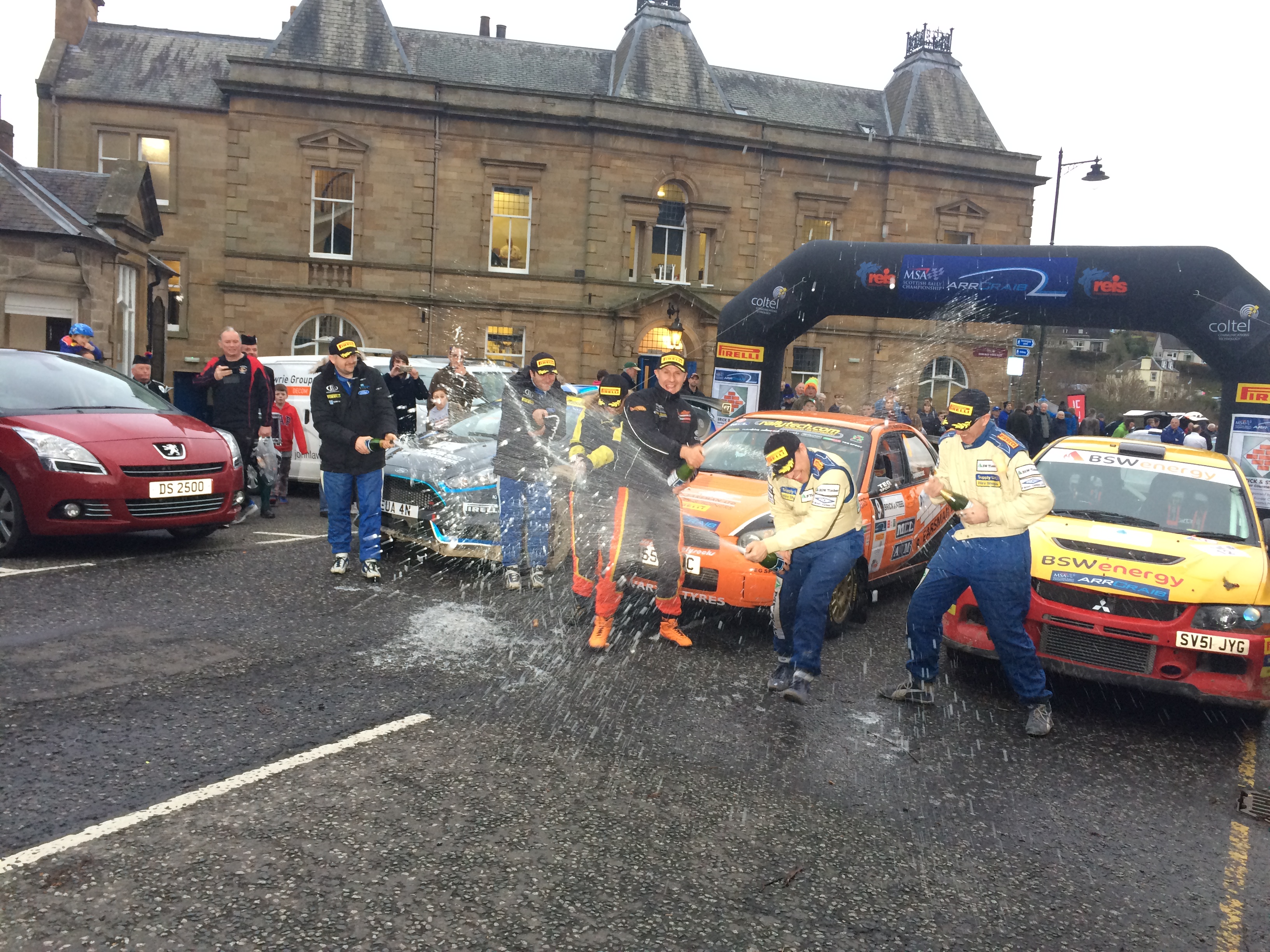