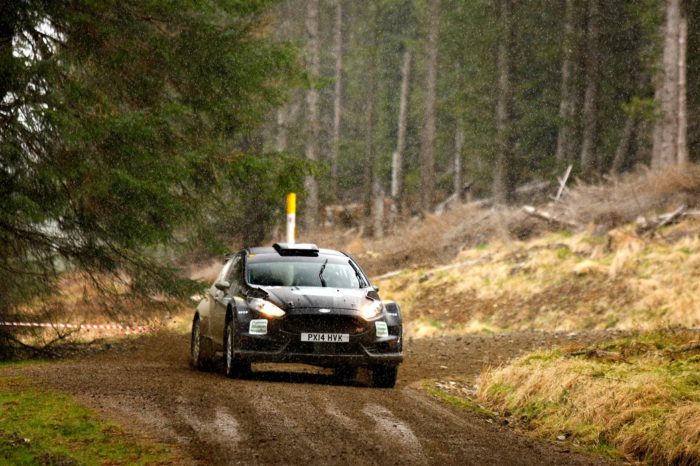 The 2017 ARR Craib MSA Scottish Rally Championship (SRC) resumes after a five week break in Elgin for round three of the series, the McDonald & Munro Speyside Stages.

Contested in the Moray and Aberdeenshire forests on Saturday 22nd April, the rally is the only to feature tarmac in the entire SRC season with a spectator stage in Elgin, but the event is characterised by its clean, flowing forest stages.

Using just five miles of double usage in a compact event with ten speed tests, the Speyside Stages is a favourite among competitors and that is reflected in the capacity entry that is heading to Moray in 2017.

David Bogie heads the entry list in his Skoda Fabia R5, with Andrew Roughead stepping in for Kevin Rae in the co-drivers’ seat. The five times Scottish Champion won the season’s opening round in Inverness and as a previous winner of the event seven times over, he is a strong favourite for victory on Saturday 22nd April.

Championship leader and defending double SRC champion Jock Armstrong lines up as car two in his Subaru Impreza, once again co-driven by Paula Swinscoe. The Castle Douglas ace stormed to his first victory of the year last time out in Jedburgh, so will be looking to make that two in Elgin. 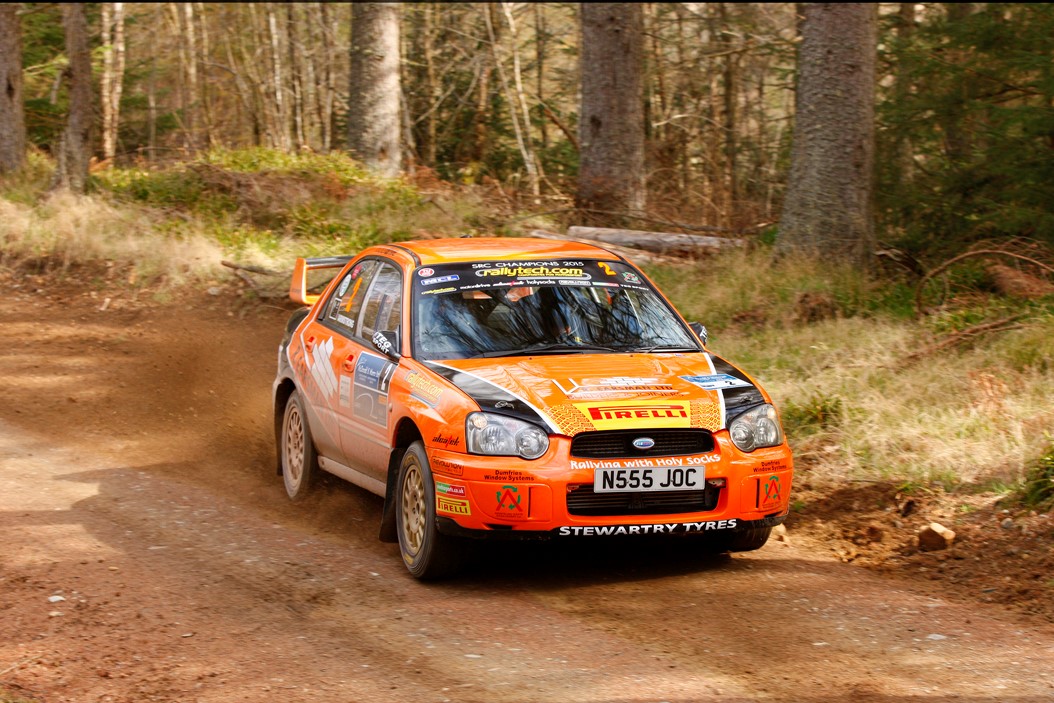 Euan Thorburn and Paul Beaton start at three in their Ford Fiesta R5, having scored two podiums on the first two rallies of 2017. The Duns driver bagged some valuable testing mileage on Rally of North Wales recently so will be looking to get up to speed quickly on round three and challenge at the front.

Mike Faulkner and Peter Foy grabbed their first podium with their new Mitsubishi Evo IX on the Border Counties, with the Cumbrian pilot still getting to the grips with his upgraded machine. The BSW Energy backed man starts at six ahead of Shaun Sinclair and Jamie Edwards who will be looking for a strong result in their Subaru Impreza S14 WRC after a trip into a ditch on the Border Counties.

Bruce McCombie and Michael Coutts return to the SRC after missing the second round in their Evo IX, and start ahead of the similar car of Mark McCulloch and Michael Hendry who were lucky to get fifth in the Borders after a frightening final stage moment.

Donnie MacDonald and Andrew Falconer bring their right-hand-drive Fiesta R5 to Elgin in search of a strong result, with the ever improving Greg McKnight start at 11 in his Mitsubishi Evo IX. Dale Robertson and Stuart Loudon make a welcome return to the championship in a Tunnock’s backed Fiesta R5.

Iain Wilson starts as top Challenger and will be looking to make it three wins from three in his Subaru, but local drivers John Wink (Evo IX) and Scott Mutch (Impreza GC8) will be looking to spoil the Dalbeattie driver’s party, with Simon Hay (Evo VI) and Michael Binnie (Evo V) also expected to challenge.

Dougal Brown heads the Scottish 2WD’s heading to the Speyside, but will face stiff competition from the similar Mk2 Escort of Quintin Milne, who switches back to the iconic machine after contesting the Snowman in Brian Watson’s Mitsubishi Evo. The pair had an epic duel last year with Milne just getting the better of his rival, so this is one contest to keep a watchful eye on. 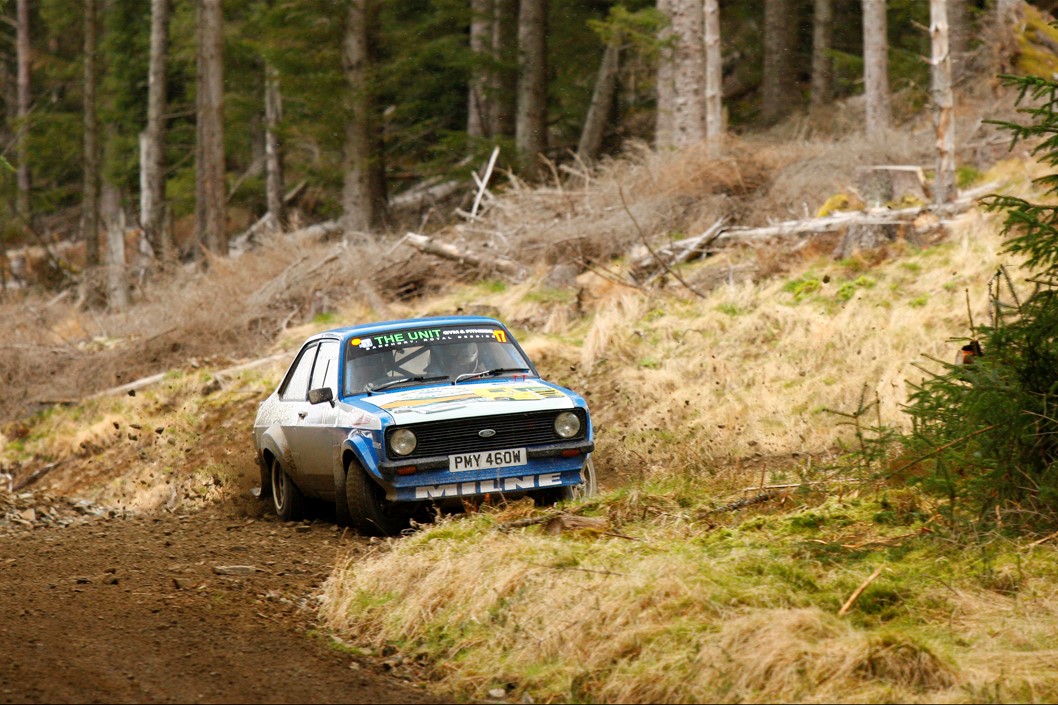 Max and Callum Redpath lead the Juniors after a solid start to their season, but the battle on round three is expected to be the one that lit up the Snowman: Marty Gallagher versus Thomas Gray. The youngsters battled their Peugeot 208 and Ford Fiesta R2’s ferociously in Inverness finishing just seconds back, with Gray looking to get his revenge after losing out in this battle on round one.

There is also the added incentive of the SRC John Horton Star Driver Award, given to the SRC-registered driver who most impresses a panel of judges during the rally. Thomas Gray and Greg McKnight have already booked their place in the end of season shoot-out for a paid entry to a top European event at the end of 2017.

Neil Shanks, Speyside Stages Clerk of the Course, explains the challenges that round three has to offer.

“The Cooper Park spectator tests which open the event are unique to the Speyside, and are a very popular spectator feature of the rally,” he said. “Not necessarily for the drivers though, as the hazards of the town park have caught out the likes of Steve Petch and Dave Weston before!

“This year’s rally route builds on 2016 which we ran for the first time in April. However, we’ve mixed things up with the ten year return of a stage which has never been run in this year’s format before.”

The McDonald & Munro Speyside Stages will be contested on Saturday 22nd April, in and around the city of Elgin.

You can keep up to date with all the drama across the weekend by following the SRC’s Facebook and Twitter accounts using the hashtag #SRC17. 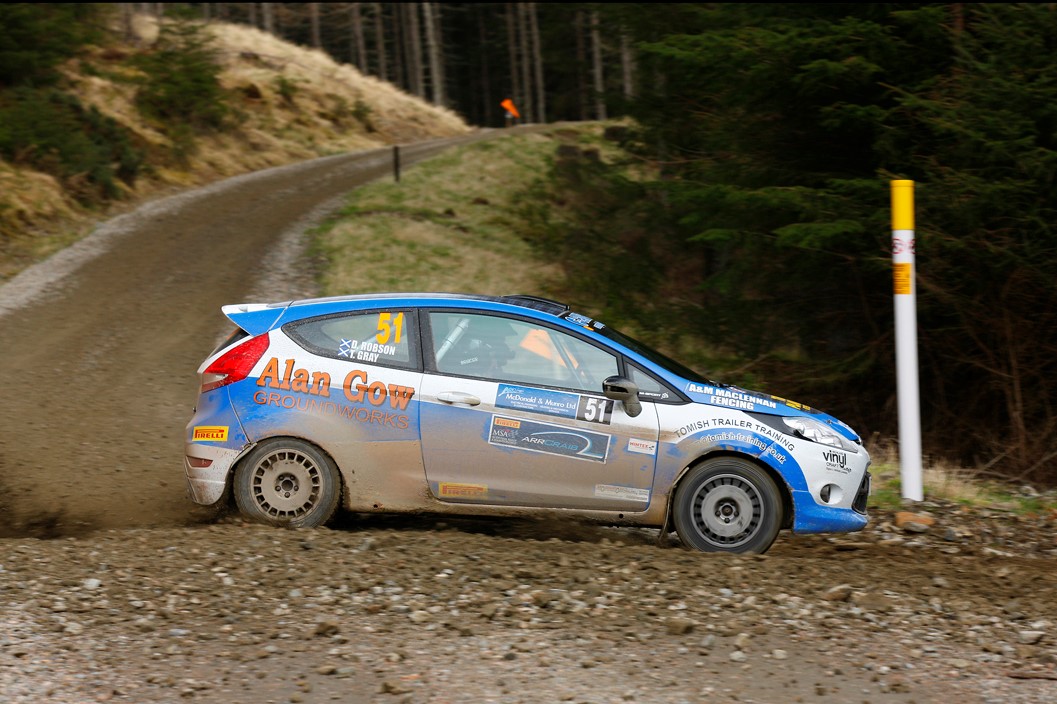