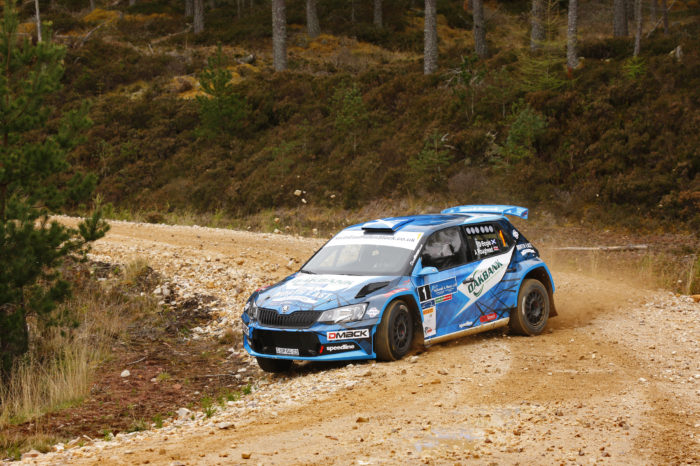 The Dumfries driver claimed a record-breaking eighth win in the Moray and Aberdeenshire forests but was challenged early on by reigning SRC champion Jock Armstrong. However, the slippery, flowing stages would later claim the Subaru Impreza pilot who would disappear down the order in the closing stages of the event.

Bogie was on the pace immediately, grabbing the lead after SS3, the first gravel test that followed the two tarmac spectator stages in Elgin’s Cooper Park. A puncture would see the Skoda driver lose his lead briefly to Armstrong who was on a charge in the opening loop. But Bogie soon turned a deficit into a healthy advantage and would never look back, to win eight of the event’s ten special stages.

“It’s been a good rally, with the car feeling great and no real moments to speak of” said Bogie at the finish. “The nature of these stages makes them so enjoyable to drive, they’re very fast and flowing with good medium speed corners. It feels like a home event to me as I know so many people up here so I couldn’t ask for better preparation ahead of the Pirelli [next weekend].”

Euan Thorburn brought his Ford Fiesta R5 home in second place to take a third consecutive podium in as many starts this season. The Duns driver suffered a handling issue in the morning but recovered well in the afternoon to set top three stage times in the final loop. This result means Thorburn now takes the lead of the championship after round three of the series.

“We struggled this morning but we improved as the day went on,” Thorburn admitted. “We’re still not where we want to be but we’re getting there. Hopefully next time out we can go one better.” 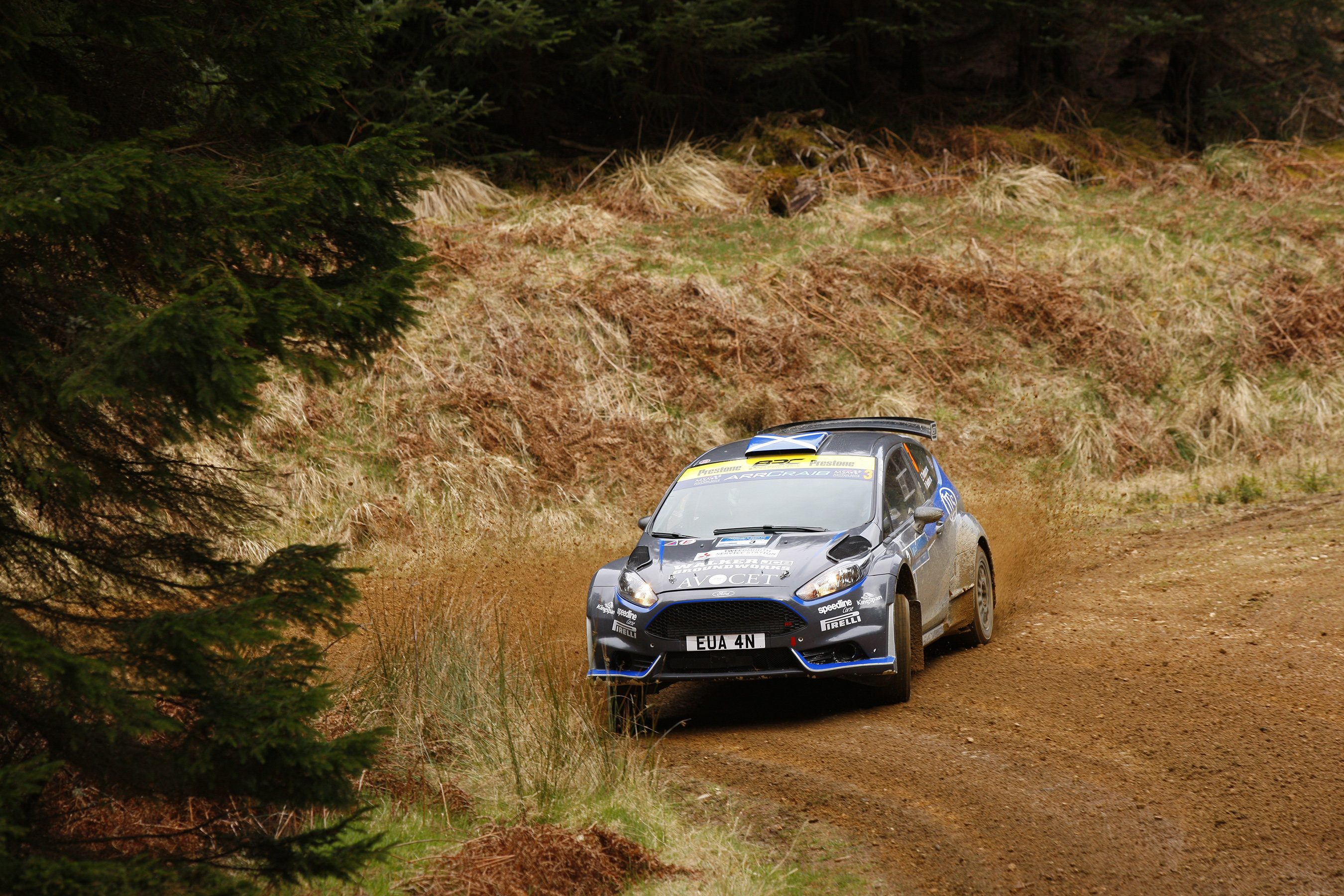 Third SRC driver home was Mike Faulkner in his Mitsubishi Lancer Evo IX, repeating his podium result from the Border Counties Rally. The Cumbrian driver was in the thick of a developing battle for the podium places all day and was glad to come out on top despite a high speed moment in the penultimate test.

“It’s a great result for the championship but it was a challenging day for sure,” Faulkner explained. “We rode our luck at times, there wasn’t much left to give but I really enjoyed it, and it was great to finish ahead of Shaun [Sinclair] after a big push in the last two [stages].” 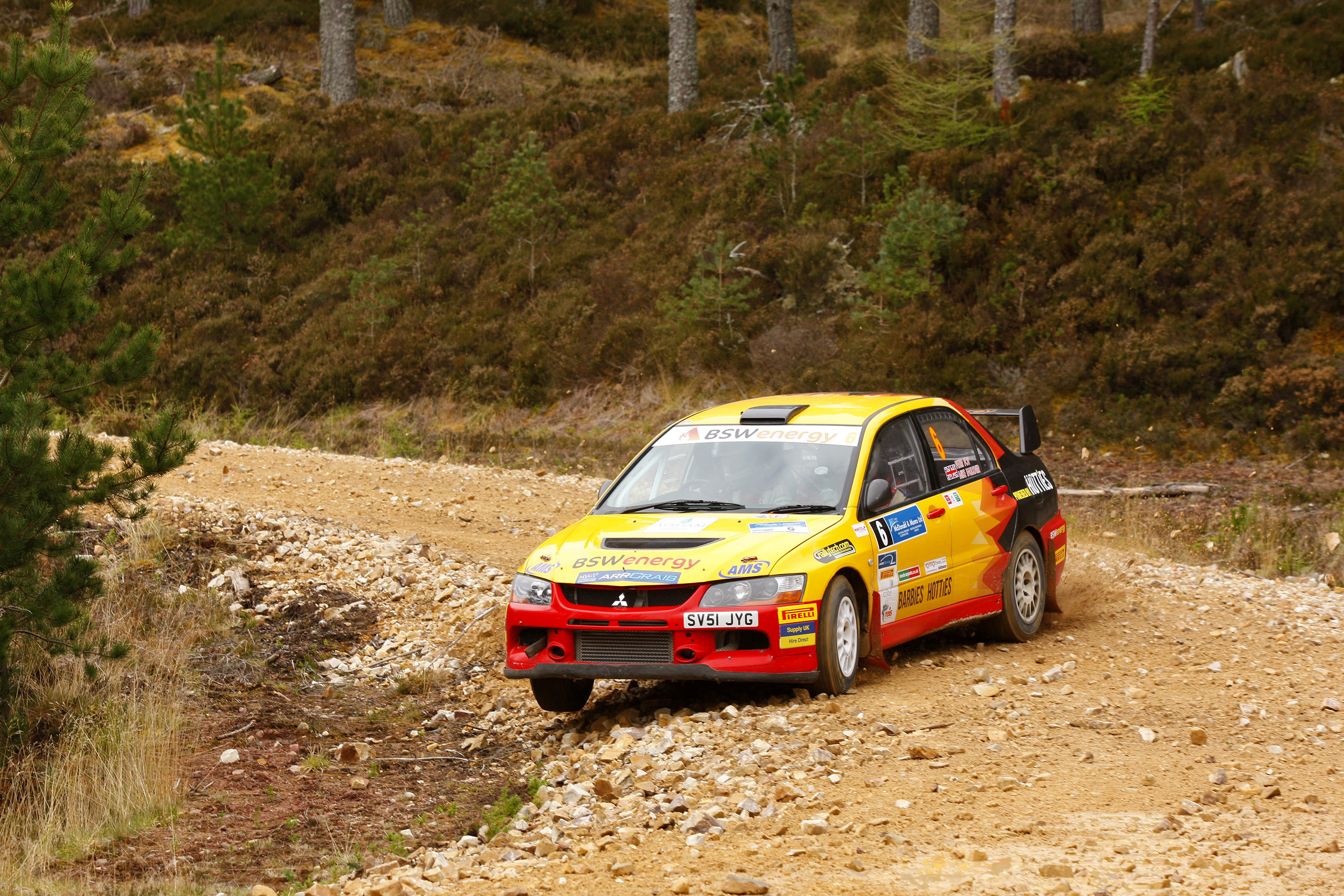 Sinclair took fourth overall in his Subaru Impreza S14 WRC, five seconds down on Faulkner’s Mitsubishi. The WRC pilot had a day which wasn’t without problems. With the car pulling to the right and a lack of confidence hampering his pace, his consistency was rewarded with a solid points finish.

Fifth went to the Mitsubishi Evo IX of Bruce McCombie who returned to the SRC after missing the Border Counties. The Banchory man got the better of Mitsubishi rival Greg McKnight who was feeling under the weather in sixth.

Mark McCulloch made it back to Elgin seventh overall, with an unnerving noise and a puncture slowing his Mitsubishi down. Donnie MacDonald grabbed eighth as he continues to acclimatise to his right-hand-drive Fiesta R5.

Ninth went to Armstrong. The 3.8 miles of the Bin stage had not been used in over a decade and the Castle Douglas star would ditch his car near the start on the slippery surface, losing three minutes in the process.

Freddie Milne continued his cautious approach to wind up tenth at the close of play in his ex-Barry Groundwater Evo IX.

John Wink took the SRC Challengers win on his home event with 11th overall in his Mitsubishi, the Huntly man making the most of his local knowledge to win the category by two seconds from Michael Binnie’s older Lancer. Simon Hay took third with 18th overall.

Binnie’s impressive speed in difficult conditions didn’t go unnoticed, with the Cornhill driver receiving the SRC John Horton Star Driver Award for the Speyside Stages. He will now go into an end of season shoot-out along with Thomas Gray, Greg McKnight and four others to win a free entry to a top European event.

“It’s been a really challenging day, we were certainly trying our hardest but this is great for my confidence,” Binnie enthused. “I’m chuffed to bits to receive the Star Driver Award. I never thought in my second year of rallying I would receive something so prestigious so I am incredibly grateful.”

Quintin Milne took Scottish 2WD honours after a strong performance in his Ford Escort Mk2. Dougal Brown stayed in touch with a mere couple of seconds separating the pair at mid-distance, but the Inverness man had to settle for second in class in another Escort ahead of the similar car of Michael Stuart who impressed in third. 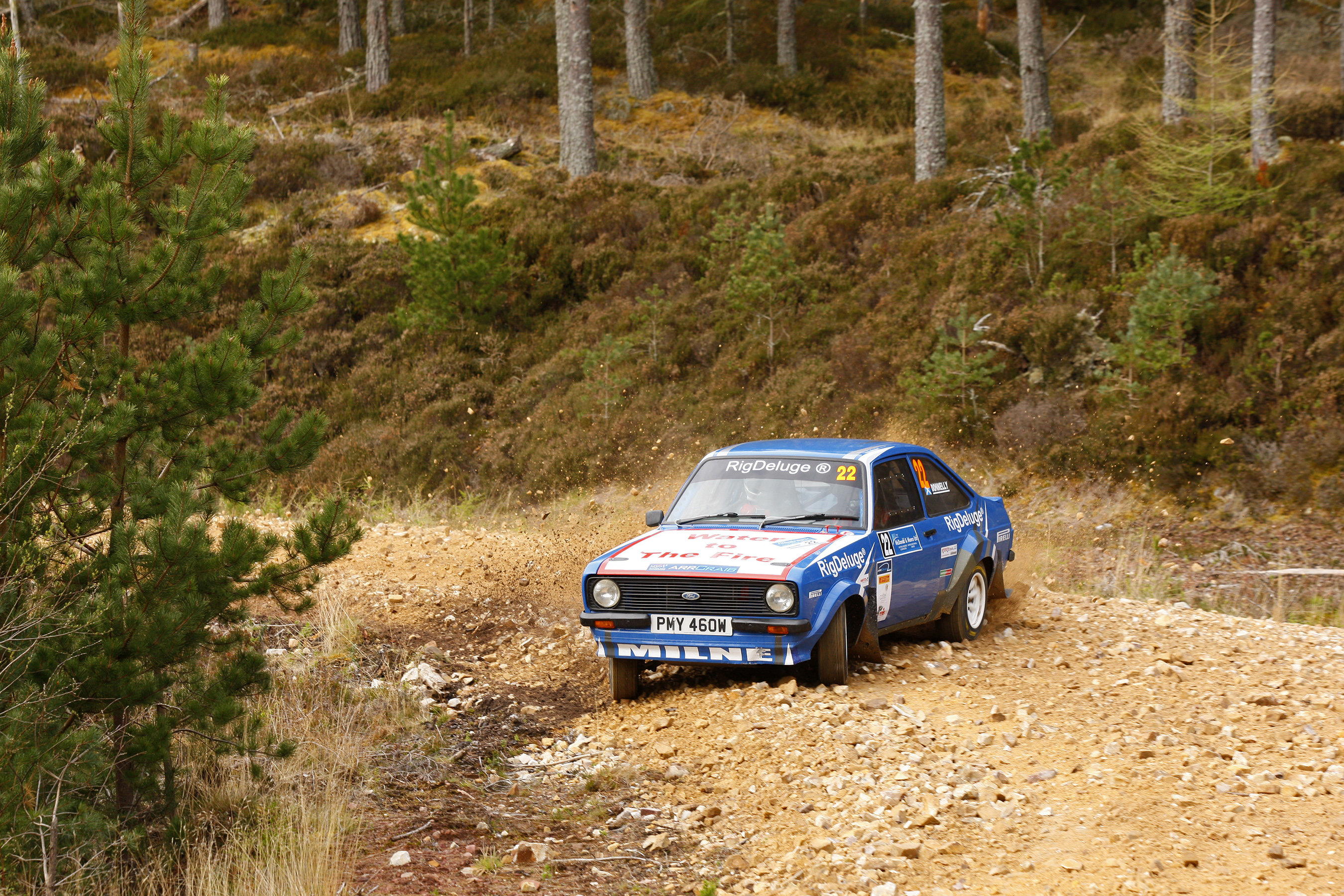 On his first forest outing in his new car, Scott Macbeth powered his Citroen C2 R2 Max to 25th overall, netting him the top SRC Junior in the process. Marty Gallagher was just three seconds back in a Peugeot 208 R2 with Thomas Gray taking third at the wheel of his Fiesta R2.

John McIlwraith won the www.usedcarparts.co.uk Subaru Cup with his first finish in the GC8 Impreza which he debuted on the Snowman earlier this season. Last year’s champion Matthew Thomson claimed second with Colin Baxter rounding out the class podium.

With crews making the trip over from Ireland to contest the event, the SRC co-driver podium had a different look to that of the drivers. Paul Beaton took top spot alongside Thorburn in the Fiesta R5, with Peter Foy enjoying the runner up position with Faulkner. Jamie Edwards was on the final step on the podium thanks to Sinclair’s efforts.

The calendar consists of seven gravel events across the width and breadth of Scotland, taking in over 300 competitive stage miles.

The RSAC Scottish Rally, based in Dumfries, is next up on Saturday 20th May.

You can keep up to date with the championship via the website or through the social media channels using the hashtag #SRC17. 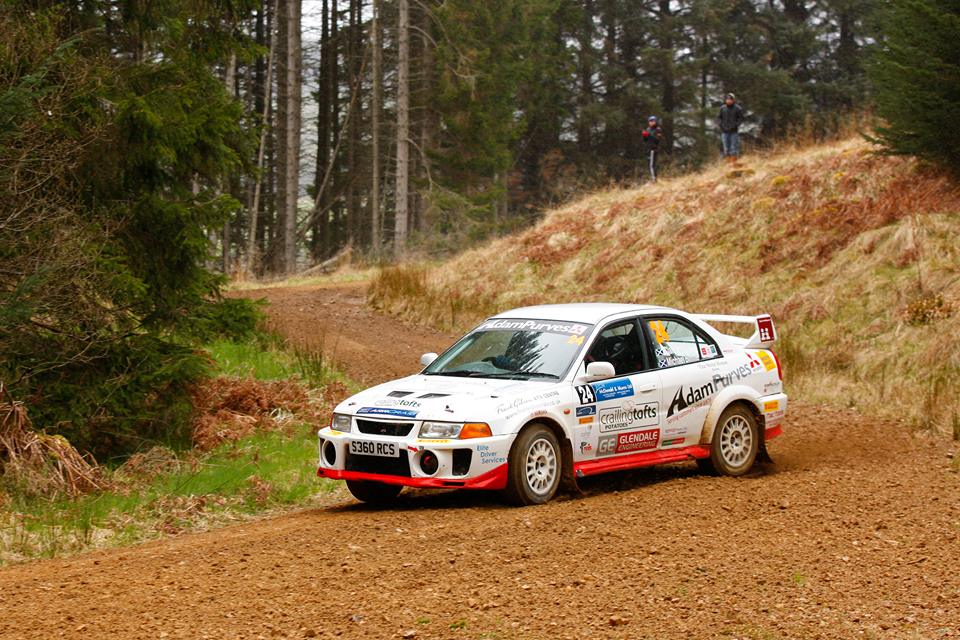