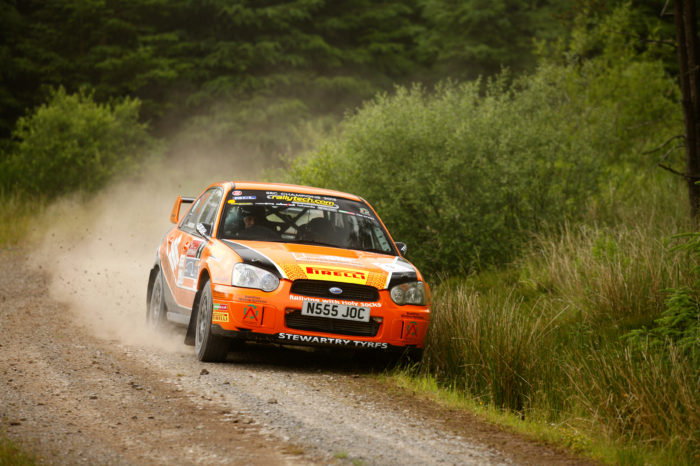 Round four of the 2017 ARR Craib MSA Scottish Rally Championship (SRC) roars into life on Saturday 20th May with the iconic RSAC Scottish Rally, based in the Dumfriesshire town of Lockerbie.

The event sees a move from its traditional June date and home in Dumfries to the nearby town of Lockerbie. To add some extra spice. the Scottish Championship crews will be joined by MSA British Rally Championship contenders for the second time this year.  The popular rally loses none of its familiar route however, with 45 miles of classic forest tests such as Ae and Twiglees on offer in the Dumfries and Galloway region.

Leading the SRC crews away at car nine is Jock Armstrong and co-driver Paula Swinscoe. The distinctive orange Subaru was going well last time out at the Speyside Stages, until it was seen in a ditch on the penultimate stage and the unforced error in Elgin culminated in a ninth place finish for Armstrong. The Castle Douglas man will be aiming for a second win of the season to get back to the top of the championship which he has won the past two years.

Championship leaders Euan Thorburn and Paul Beaton start at twelve in their Ford Fiesta R5. The Duns and Inverness pairing have scored three successive podiums in 2017 but the first win in their new R5 has so far eluded them. As a previous winner of the Scottish Rally, Thorburn will be a strong contender to break that duck. 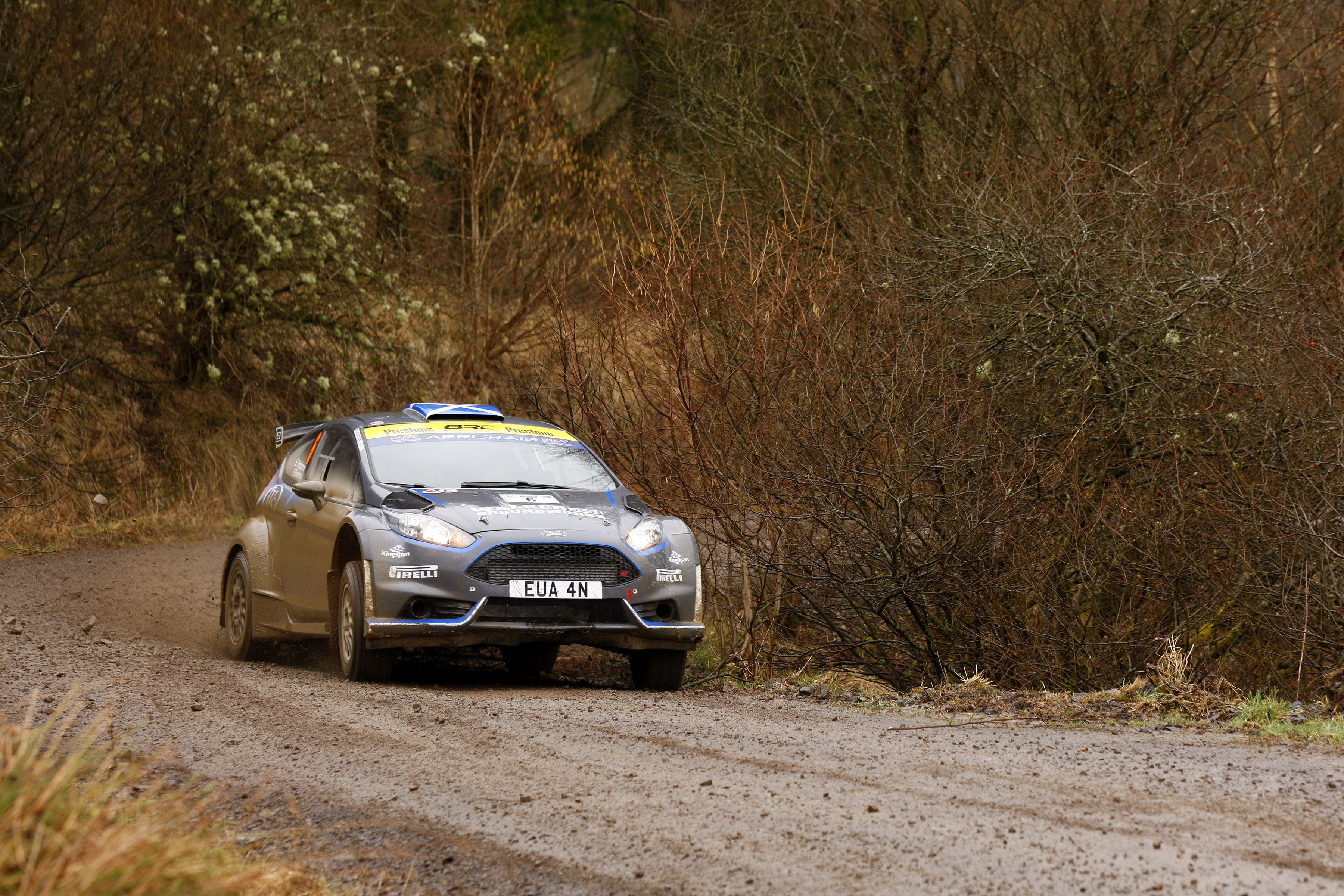 Shaun Sinclair and Jamie Edwards made a massive statement of intent in getting a hold of a McKninstry Motorsport Subaru Impreza S14 WRC for this seasons’ SRC, and backed up the threat with a fine second place finish on the opening round. An off road excursion in Jedburgh and a puncture in Elgin wrecked his podium hopes on the previous two rallies, so the Oban driver has a score to settle heading into the fourth round of the season.

Mike Faulkner and Peter Foy acquired an upgraded Mitsubishi Evo IX for 2017, and spent the first few rallies getting up to speed with their new machinery. Three rounds in and it looks as if the Cumbrian pilot has bedded himself in nicely, having scored two podiums and set great stage times making him a strong shout for another rostrum finish in Dumfries & Galloway. 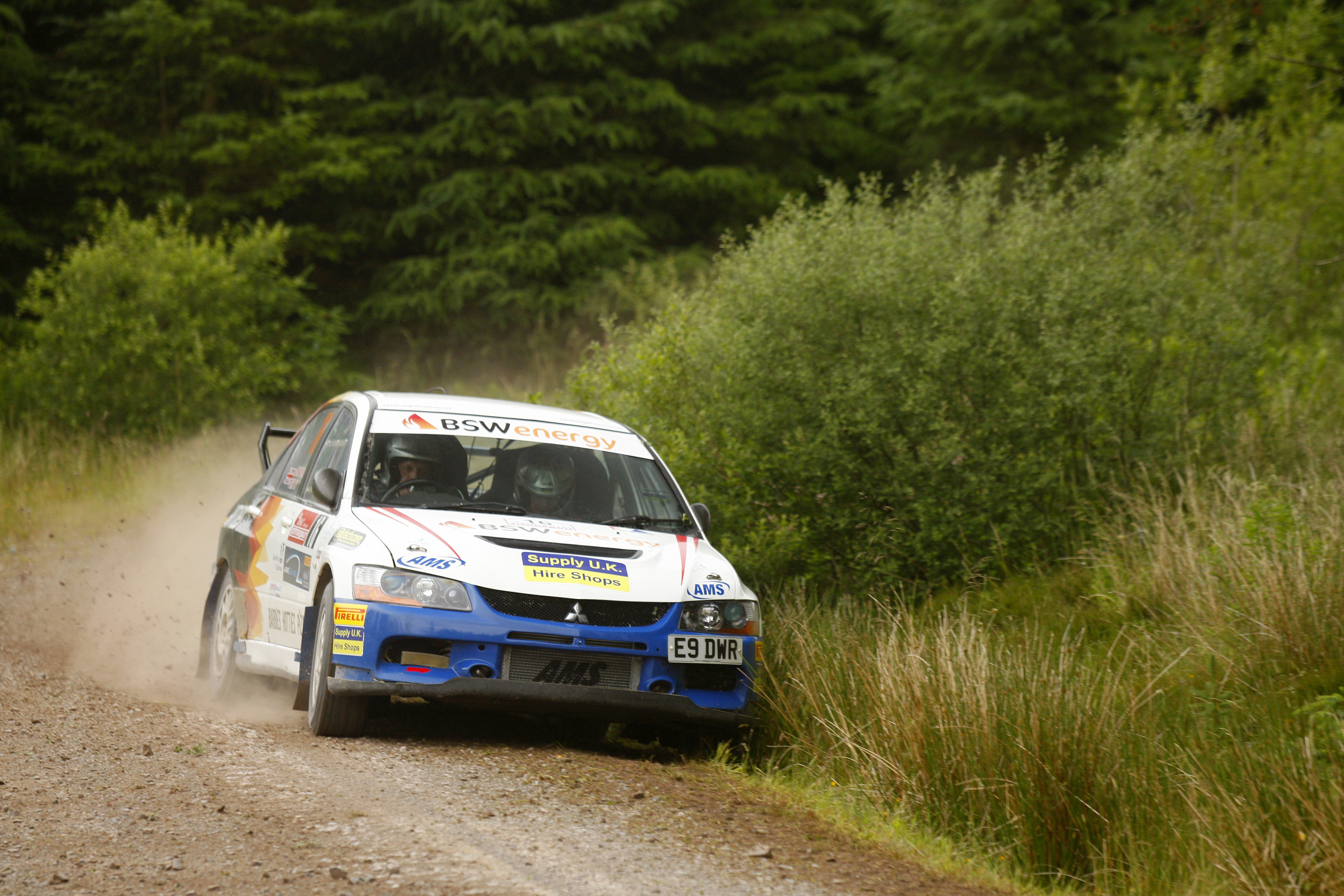 Rory Young returns to the SRC for his home event after missing the Speyside Stages. Piloting a Fiesta R5 with Allan Cathers navigating, the Dumfries driver already has impressive fifth and fourth place finishes to his name in 2017 so could be a dark horse for a podium finish at the close of play on Saturday.

Mark McCulloch is another out to impress on his home event, starting ahead of the similar Mitsubishi of Greg McKnight and Donnie MacDonald’s right-hand-drive Fiesta R5, with Neil Shanks joining the Inverness driver for the Scottish Rally.

Iain Wilson heads the battle in the SRC Challengers with a fourth different co-driver in as many events joining him in his Subaru Impreza, with Chris Williams stepping into the hot seat for round four. Michael Binnie and Claire Mole narrowly missed out on the category win last month, losing out right at the end of the day to John Wink and John Forrest in an Evo IX. Simon Hay and Calum Jaffray will be contenders as will the returning Ross MacDonald and Matthew Johnstone. 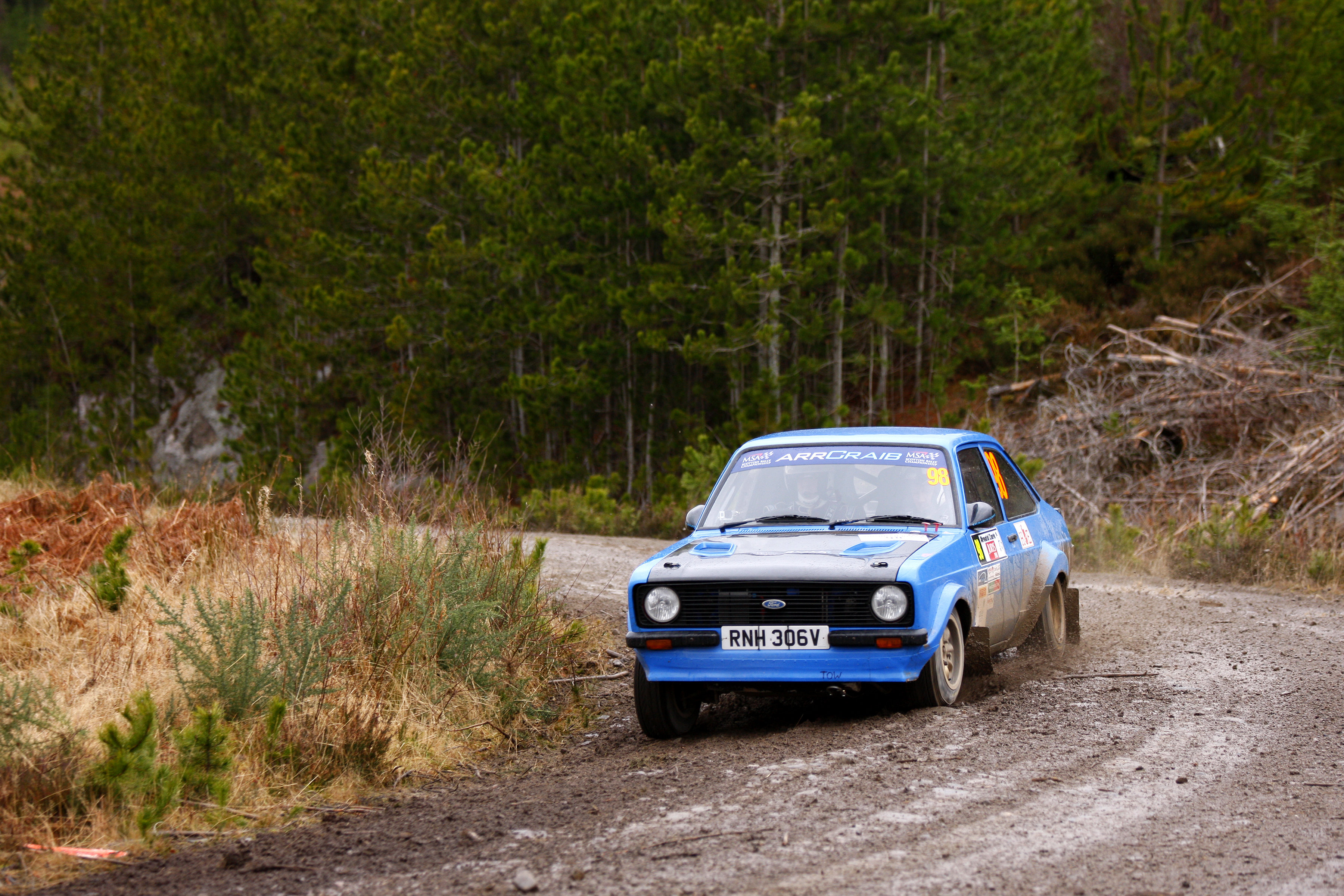 Fraser MacNicol has established himself as a force to be reckoned with in a Mk2 – Image: Lindsay Photo Sport

Taking the fight to the rear wheel drive runners are top seeded Junior driver Scott MacBeth and Daniel Forsyth in their Citroen C2 R2 Max. The duo were mightily impressive on the Speyside, with locals Angus Lawrie and Paul Gribben keen to get their revenge after finishing just seconds behind in their Vauxhall Corsa last time out.

Leading the www.usedcarparts.co.uk Subaru Cup runners away is John McIlwraith in his Impreza GC8 after his round three victory. Joining him in the one make category once again are Colin Baxter and championship leader Michael Robertson.

As ever, all eyes will be on the crews’ performances as the battle for the SRC John Horton Star Driver Award intensifies. Thomas Gray, Greg McKnight and Michael Binnie have all impressed judges thus far this season with their speed and determination, with a fourth driver set to be nominated towards the shoot out for an end of year prize drive in Europe after the Scottish Rally.

According to local driver Mark McCulloch, who finished fourth on the event last year, the crews are in for some of the best albeit challenging forest stages north of the border on round four of the 2017 SRC.

“I always enjoy the Scottish stages,” McCulloch said. “They are a nice mixed bag of fast and technical sections, but you have to try and keep a clean line as punctures are quite common due to sharp rocks at the side of the road. The weather has been very dry lately so hopefully there will be some rain before next weekend as dust could definitely be a big problem.”

The series consists of seven gravel rallies across the width and breadth of Scotland, taking in over 300 competitive stage miles. 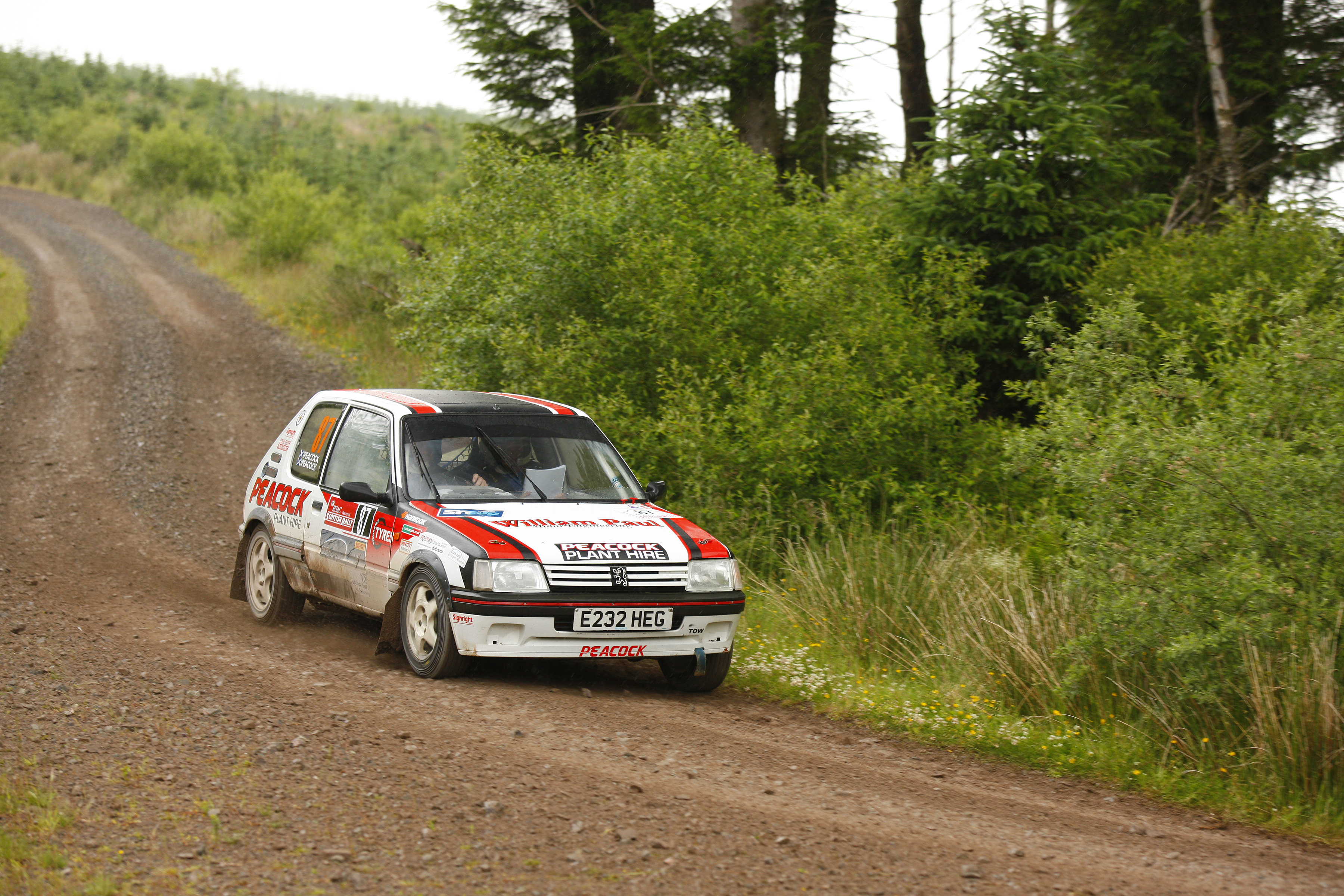