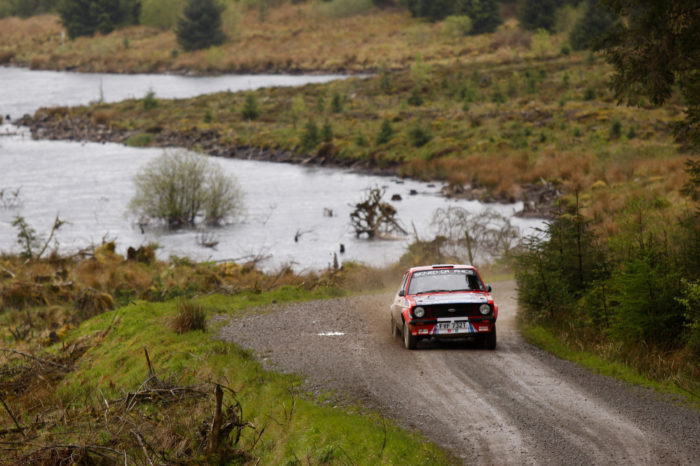 The 2017 ARR Craib MSA Scottish Rally Championship (SRC) has been as captivating as ever, with three winners from four events and plenty of exhilarating battles across the quality field.

Euan Thorburn and Paul Beaton took overall victory on last weekend’s RSAC Scottish Rally to extend their championship lead as the series crosses the halfway marker. It wasn’t just the Duns and Inverness pairing that were celebrating on Saturday night though, with plenty of others tasting success across the SRC classes.

After a flawless start to the season, Neil Coalter and Hannah Cessford weren’t able to stretch their winning run to four events after the engine in their Suzuki Ignis blew after SS4. Such is their firm hold on the class one standings, the pairing are still way out front after the Lockerbie based event.

Robbie Beattie made it a third win on the bounce in class two. The Peugeot 205 driver, co-driven by Dave Findlay, headed Donald and Scott Peacock’s similar car in second with Max and Callum Redpath completing the podium in third. 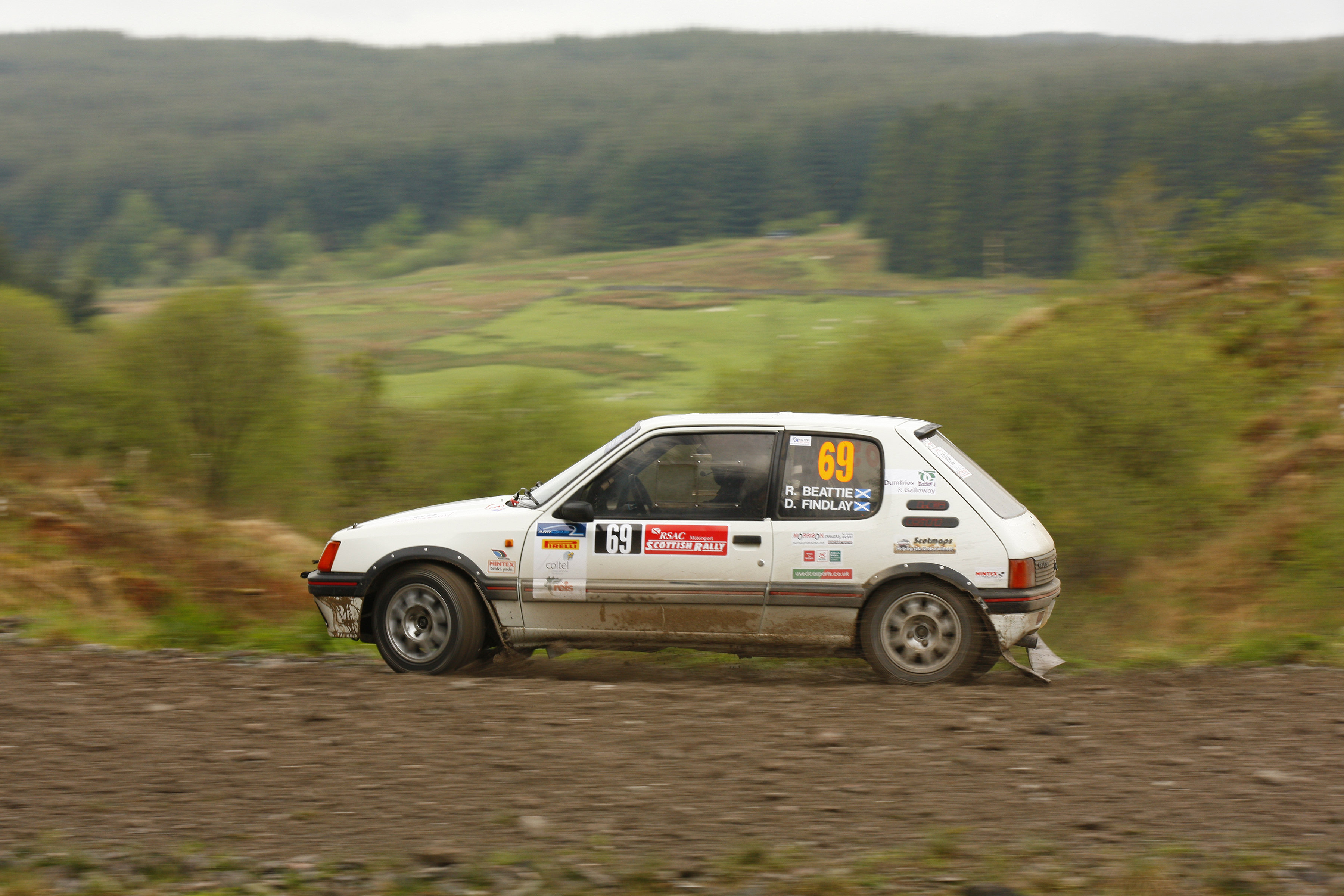 Beattie & Findlay came out on top of the Peugeot 205 battle in Lockerbie – Image: Lindsay Photo Sport

Class three went the way of Keith and Mairi Riddick for the first time this year after drama befell Angus Lawrie and Paul Gribben. The Castle Douglas and Annan duo were leading the class for all the rally’s six stages, setting impressive stage times in their Vauxhall Corsa to mix it with more powerful cars. However, Lawrie knocked a wheel off in the final stage and with Gribben acting as counter balance, he got the car back to service only to incur road penalties and finish second behind the MG ZR crew. Alex Pirie and Frazer Skene finished third in their C2. 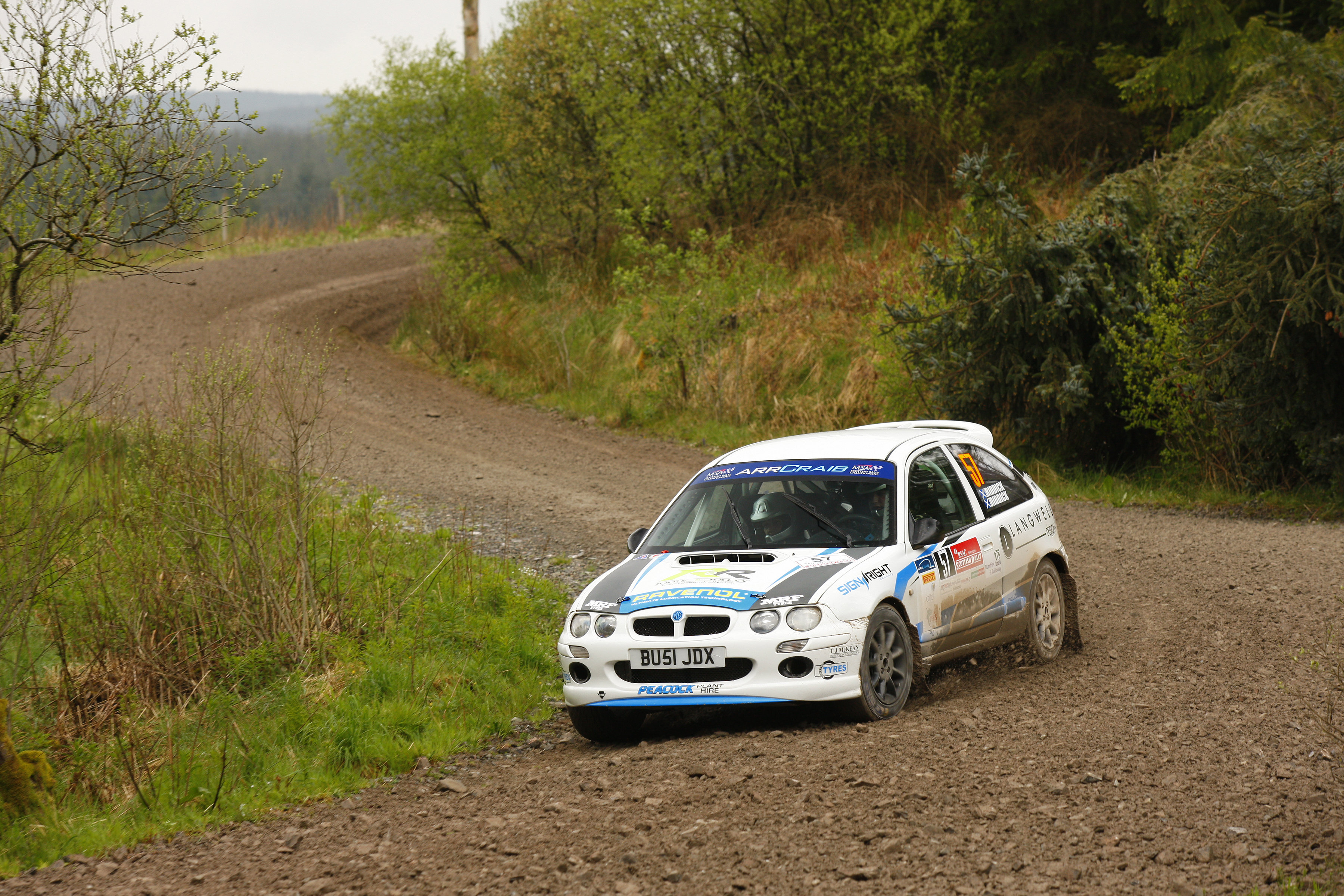 Fraser MacNicol and Keith Boa were another pairing chasing a fourth straight class victory on the Scottish, but lost out on the class four spoils due to mechanical issues on the opening stage. However the pair still hold on to their championship lead after such a dominant start to their season in the stunning blue and gold Escort.

Steve Bannister and Calum Atkinson marched to class five win number two of the season in their Escort Mk2, finishing inside the top 15 overall. Ian and Sandy Milne kept out of any serious trouble to bring their similar machine home second to hold on to their championship lead.

Luke McLaren and Phil Kenny maintained their one-hundred percent record in 2017 with class six win number four in their Ford Fiesta ST. They were made to work hard for it though, passing Kevin Gray and Daniel Christie’s Vauxhall Astra in the final test to take the win by just over ten seconds. Michael Renton and Kenny Foggo claimed third in class in their Peugeot 306. 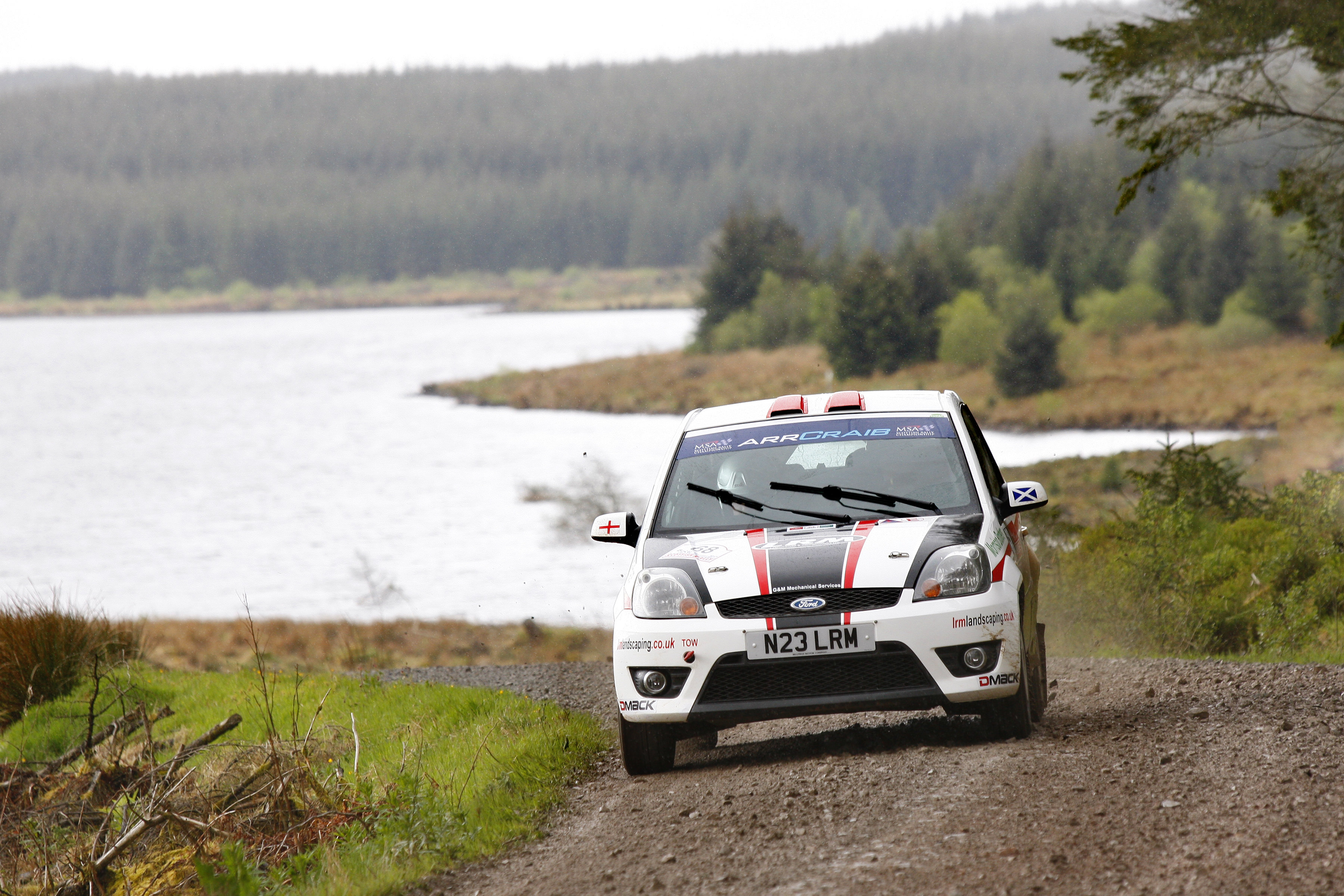 Dougal Brown and Lewis Rochford maintained their strong start to the season with the class seven win in their Mk2 Escort, finishing top of the Scottish 2WD’s to boot despite the Ford’s engine packing up come the finish. Mike Stuart and Sinclair Young backed up their impressive performance on the Speyside with a strong second in class that netted Stuart the SRC John Horton Star Driver Award. Paul McErlean and Niall McKenna made it a trio of Escort Mk2’s on the class podium.

Michael Binnie and Claire Mole topped the class ten standings for the first time this year in their Mitsubishi Lancer Evo V. That, coupled with the Challengers win, made it a great day out for Michael whose co-driver Claire Mole reckons he “doesn’t realise how special a talent he is.” Simon Hay and Calum Jaffray took second in class in their slightly newer Evo VI, ahead of an impressive John McIlwraith who took third in class in his Subaru Impreza GC8 along with www.usedcarparts.co.uk Subaru Cup honours.

The next round of the ARR Craib MSA Scottish Rally Championship sees the crews head into the unknown for the Dunoon Presents Argyll Stages, with the region’s stages making their first appearance in the SRC calendar since the turn of the millennium. The event, based at Dunoon Stadium, is held on Saturday 24th June. 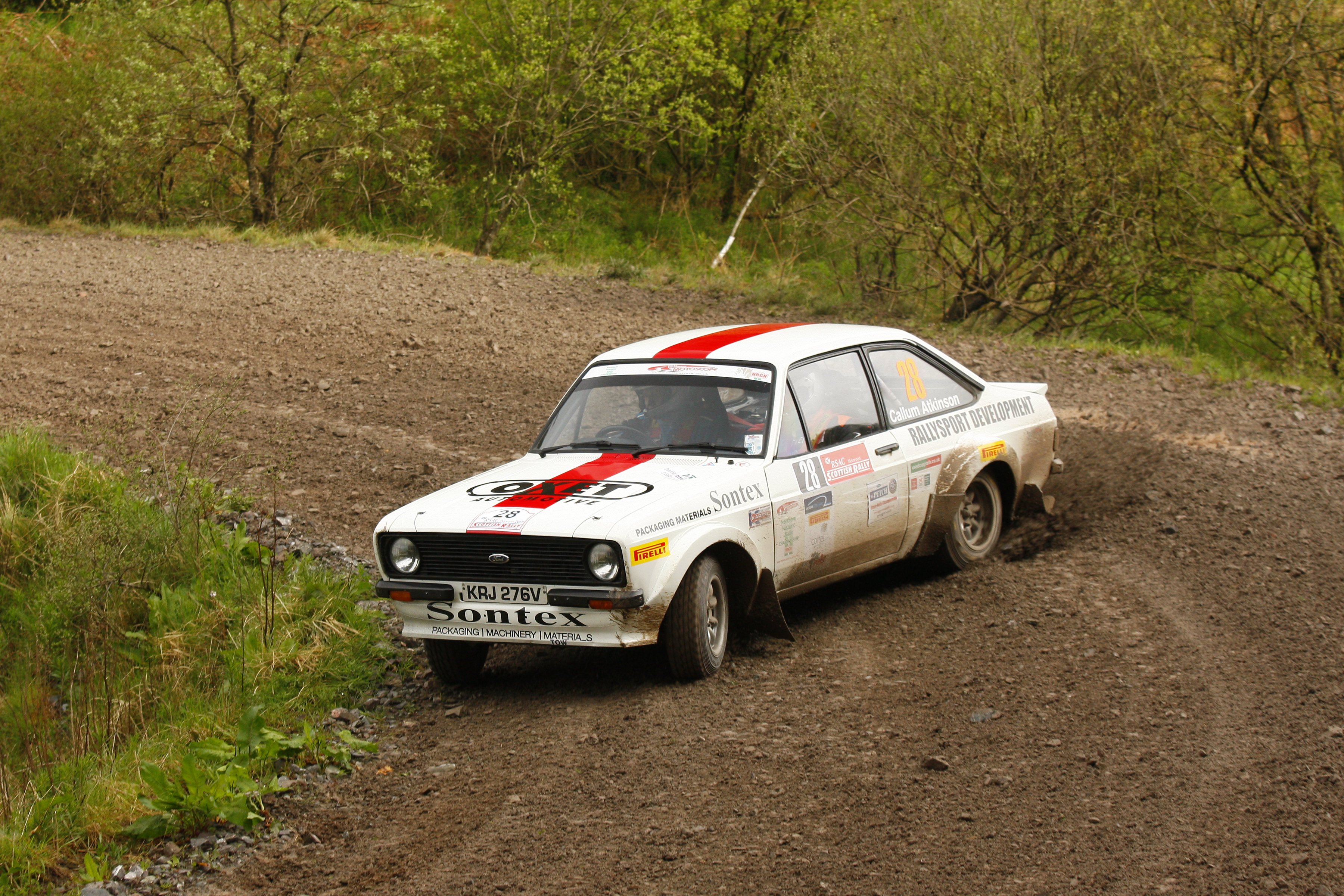