Armstrong not beaten yet 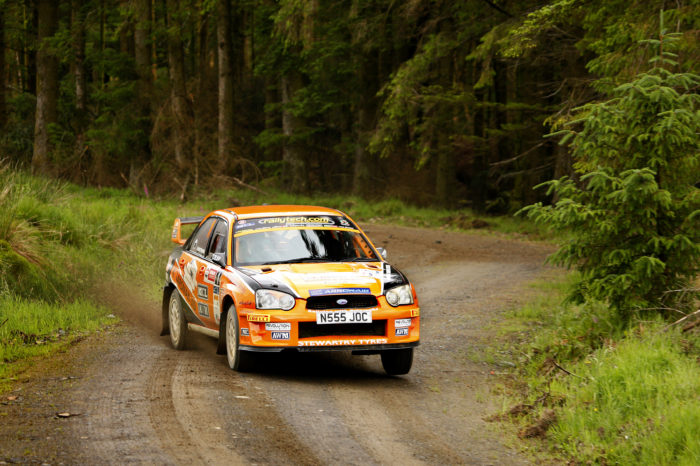 Reigning ARR Craib MSA Scottish Rally Champion Jock Armstrong has his sights firmly fixed on a hat trick of titles, but knows it won’t be easy to beat title rival Euan Thorburn to the top step of the championship podium.

The Subaru Impreza pilot sits in second spot after five of the seven rallies, but just four points behind the 2014 SRC Champion Thorburn with current drop scores considered.

“I love that once again this championship is going right down to the wire,” Armstrong enthused. “If I win both the final two rounds then the championship is mine, so that has to be the aim. I’m proud of what I’ve achieved this year, particularly when you look at who I’ve got behind me.”

Armstrong, co-driven by Paula Swinscoe took fourth on the Snowman Rally in Inverness before claiming his first win of the season on the proceeding Border Counties Rally. The Speyside Stages didn’t go his way after a misjudgement on the penultimate stage dropped him to ninth. But the Castle Douglas star recovered to take second on both the Scottish and Argyll rallies, only losing out on the win by just four seconds after a head to head shoot-out with eventual winner Euan Thorburn in the final stage. 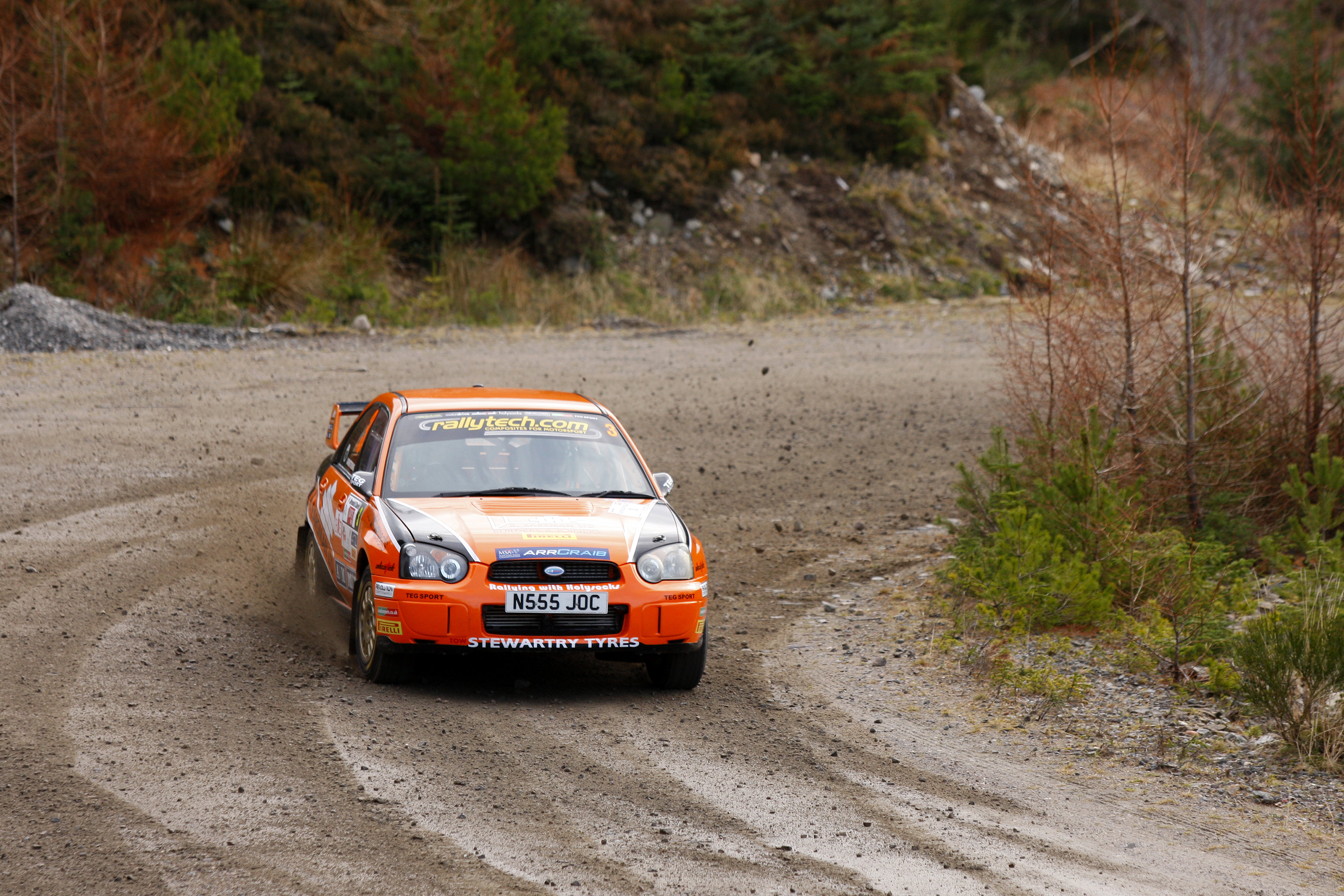 “The exhaust got damaged as it was quite a rough rally,” he explained, “and it seemed to get progressively worse as the day wore on. It was getting noisier and noisier but I wasn’t aware why at the time, but we did lose power throughout the afternoon. I enjoyed the event though as it was a totally new rally, which is an exciting challenge and something we haven’t had for a while.

“I would’ve loved to have won the Argyll as then Euan [Thorburn] would have really been hunting for me in the championship. Now he’s under less pressure, but I’m not feeling under pressure either as if you start getting that way you’re never going to win it. It’ll be what it’ll be. Of course it would be nice to be Scottish Rally Champion again, but it also would be nice for somebody else to win it. I’m not going to be cut up about it if we miss out as I’ve won it twice before.

“It could all come down to how many chicanes there are on the Grampian. If it’s chicane city, I’m losing out. Perhaps by rights Euan should win it but I’m going to be there to stop him.”

The championship could be decided on the Grampian Forest Rally if Thorburn wins the event, with Armstrong’s task made that little bit harder with his own personal mishap.

“I don’t seem to help myself as obviously last year I had my injuries, and now a couple of weeks ago I broke my finger on a push bike,” he revealed. “It was on a small back road, and as I put my head down to grab my water bottle I went through a bump in the road and before I knew it I was going down the road on my hands and knees. I’m meant to have it in a cast for four to six weeks but it’ll need to be four weeks as the Grampian is coming up soon!” 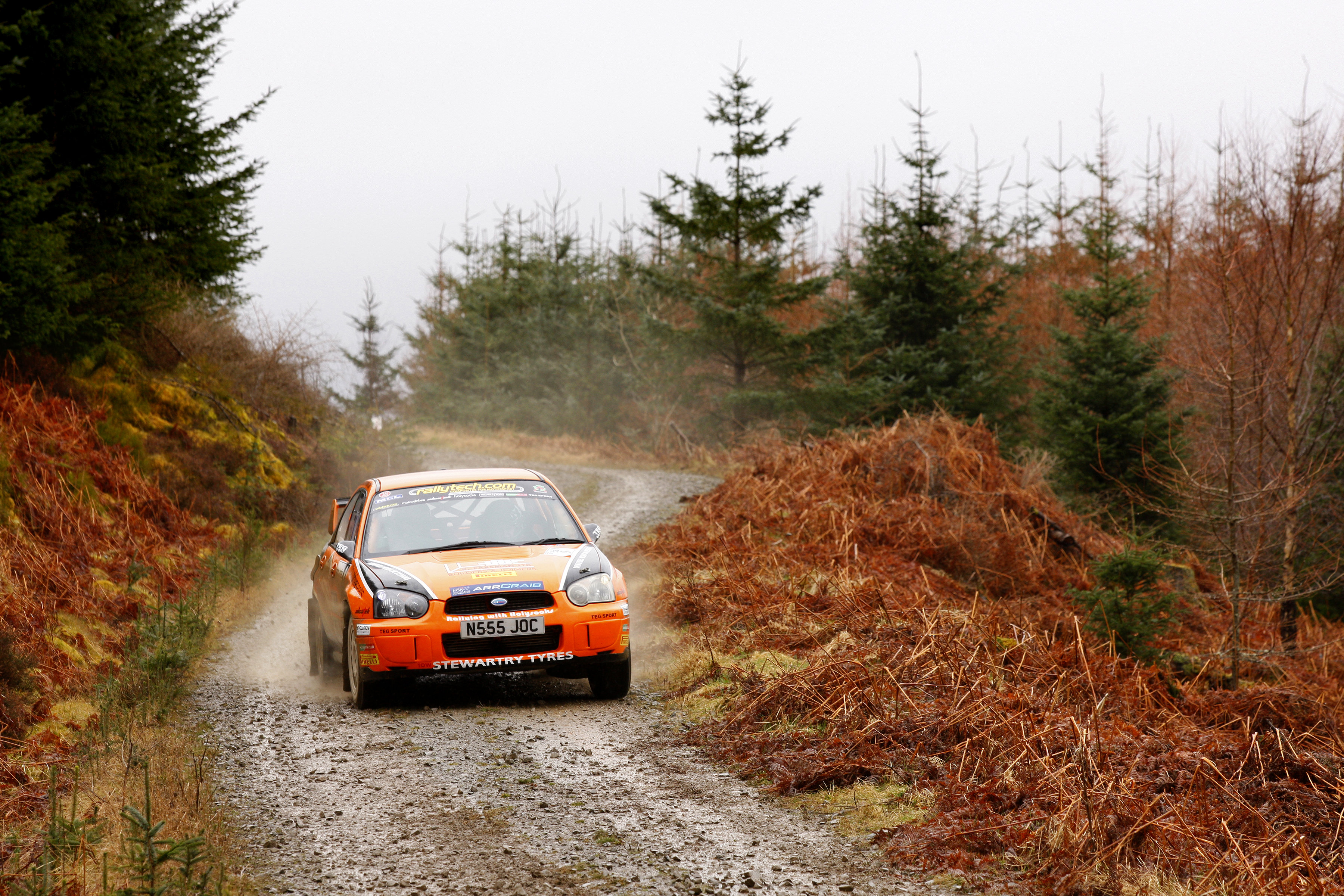 The title will automatically go to Armstrong if he wins the final two rounds – Image: Lindsay Photo Sport