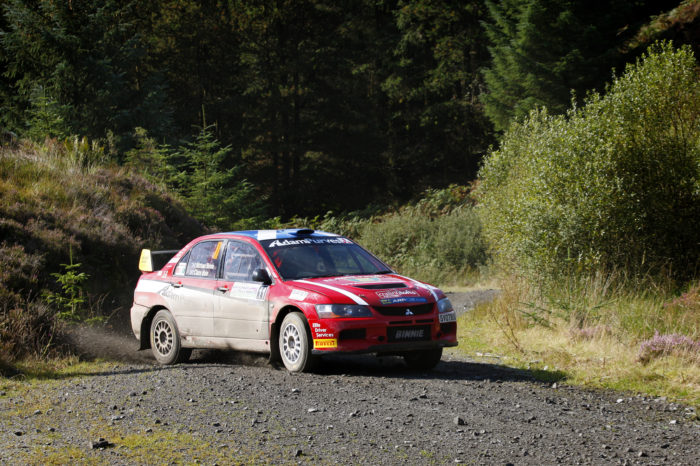 Euan Thorburn and Paul Beaton claimed the overall title for the second time in their careers in their Ford Fiesta R5, but the vast majority of the class titles were still up for grabs on the final round of the season.

Neil Coalter and Hannah Cessford had already sewn up Class 1 in their Suzuki Ignis thanks to five class victories, so opted to sit out the Galloway Hills. That paved the way clear for local driver Niall Cowan Jr and co-driver Thomas Bruce to take the win in their MG ZR.

Robbie Beattie and David Finlay led Class 2 before the Galloway, but wouldn’t make it past SS3 on the event in their Peugeot 205. Max Redpath and Callum Redpath took advantage in their similar machine, taking the class win ahead of Donald and Scott Peacock. Not only was this the Duns’ crew first Class 2 victory, it drew them level with Beattie and Finlay in the championship. Beattie and Finlay however take the title on countback courtesy of their second place on the Snowman Rally.

Class 3 was one of the tightest battles heading into the weekend. Alex Pirie (Citroen C2) headed Angus Lawrie (Vauxhall Corsa) by just one point who in turn had a two point cushion over Keith Riddick (MG ZR). The battle turned into a two horse race when Pirie’s suspension failed on SS1, with Lawrie and Paul Gribbin seizing the initiative to take the class win and the title with Riddick and Steven Clark just 15 seconds behind. Ross Hughes and Neil Ewing completed the class podium. 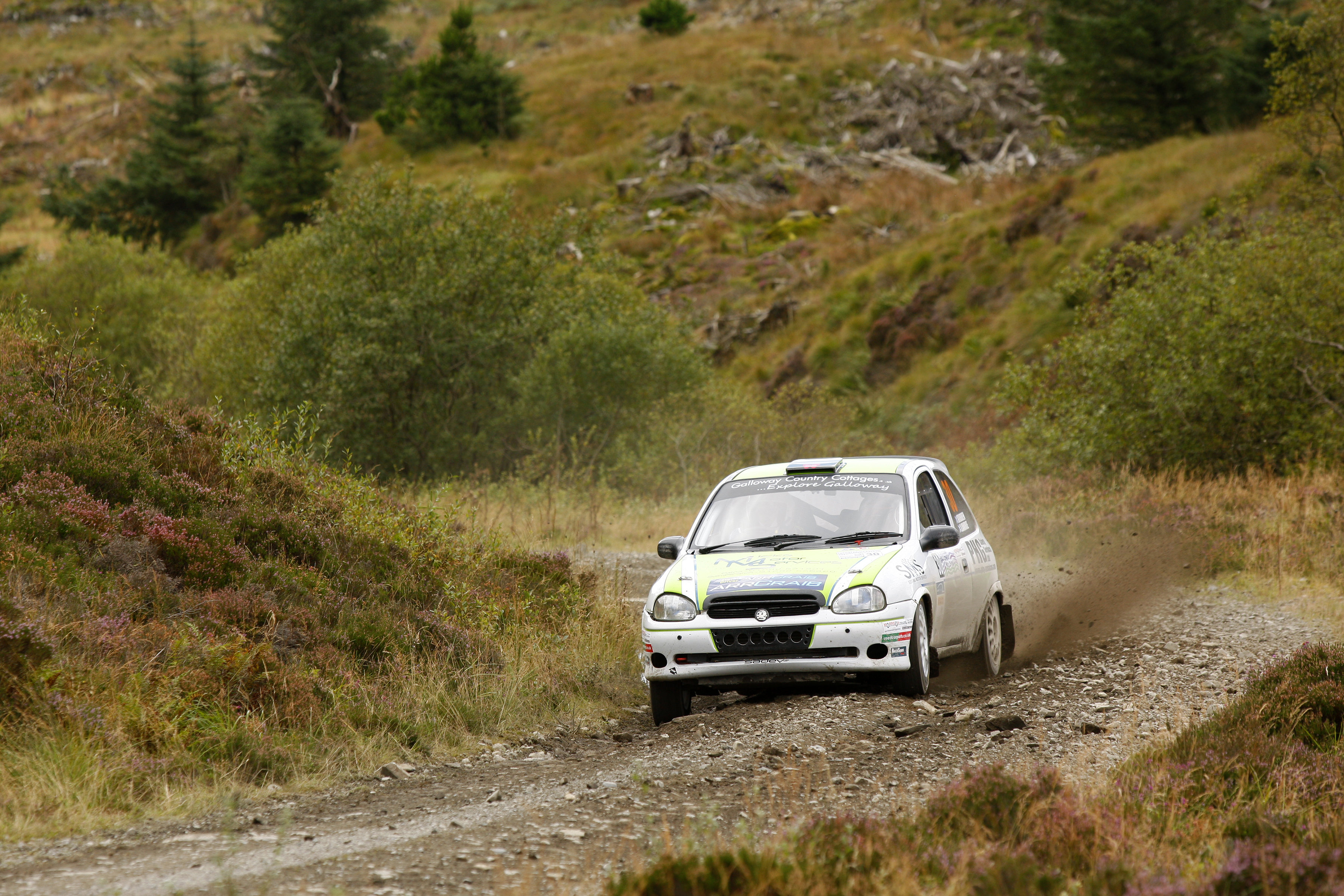 Fraser MacNicol and Keith Boa have been the ones to beat in Class 4 having already taken the title on the previous round in their Ford Escort Mk2, but the pair were forced to pull over on the final stage of the season, leaving Douglas Watt and Paddy Munro to take the class win in their Mk2 Escort.

Steve Bannister and Callum Atkinson returned to SRC action for the third time this year, and took their third straight Class 5 win in their white and red Escort. Ian Milne and Sandy Brown took fourth overall and second SRC in the class, with Milne already having wrapped up the title prior to the event. 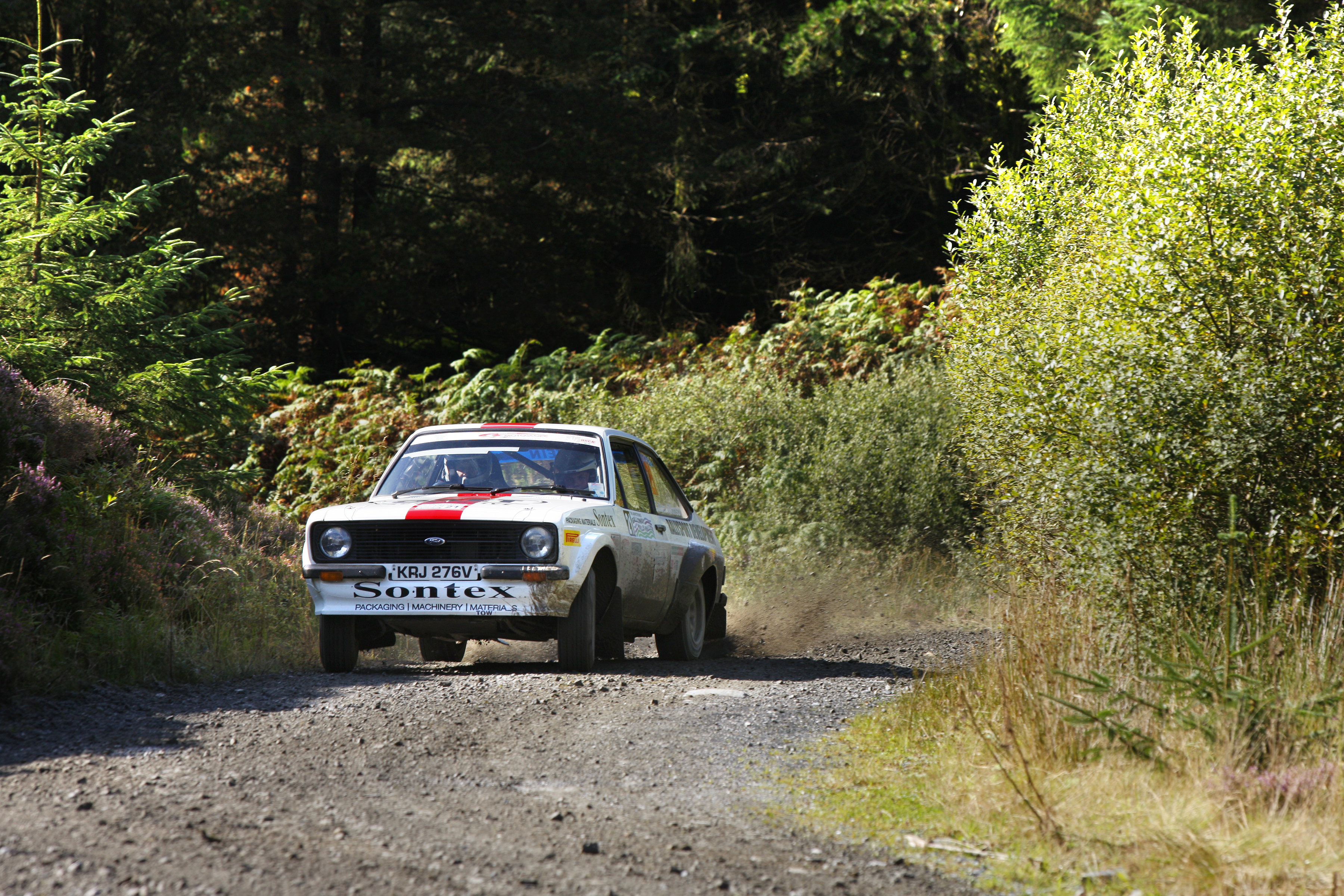 Steve Bannister won the final round but not the Class 5 title  – Image: Lindsay Photo Sport

Class 6 was a tense affair, with Luke McLaren and Phil Kenny dominating the first five rounds before putting up their Ford Fiesta ST for sale. Michael Renton and Kenny Foggo were still in mathematical contention in their Peugeot 306, but mechanical issues scuppered his chances, meaning the Class 6 title went to McLaren.

Dougal Brown, Duncan MacDonald and Mike Stuart all had a shot at taking the Class 7 title in their Escort Mk2’s heading into the Galloway forests. MacDonald and Neil Ross took their third consecutive class win on the bounce but it wasn’t enough for the title. Stuart and Sinclair Young came home second to take third in the championship on Stuart’s returning year to rallying, with third giving Brown and Lewis Rochford the points they needed to clinch the Class 7 championship. 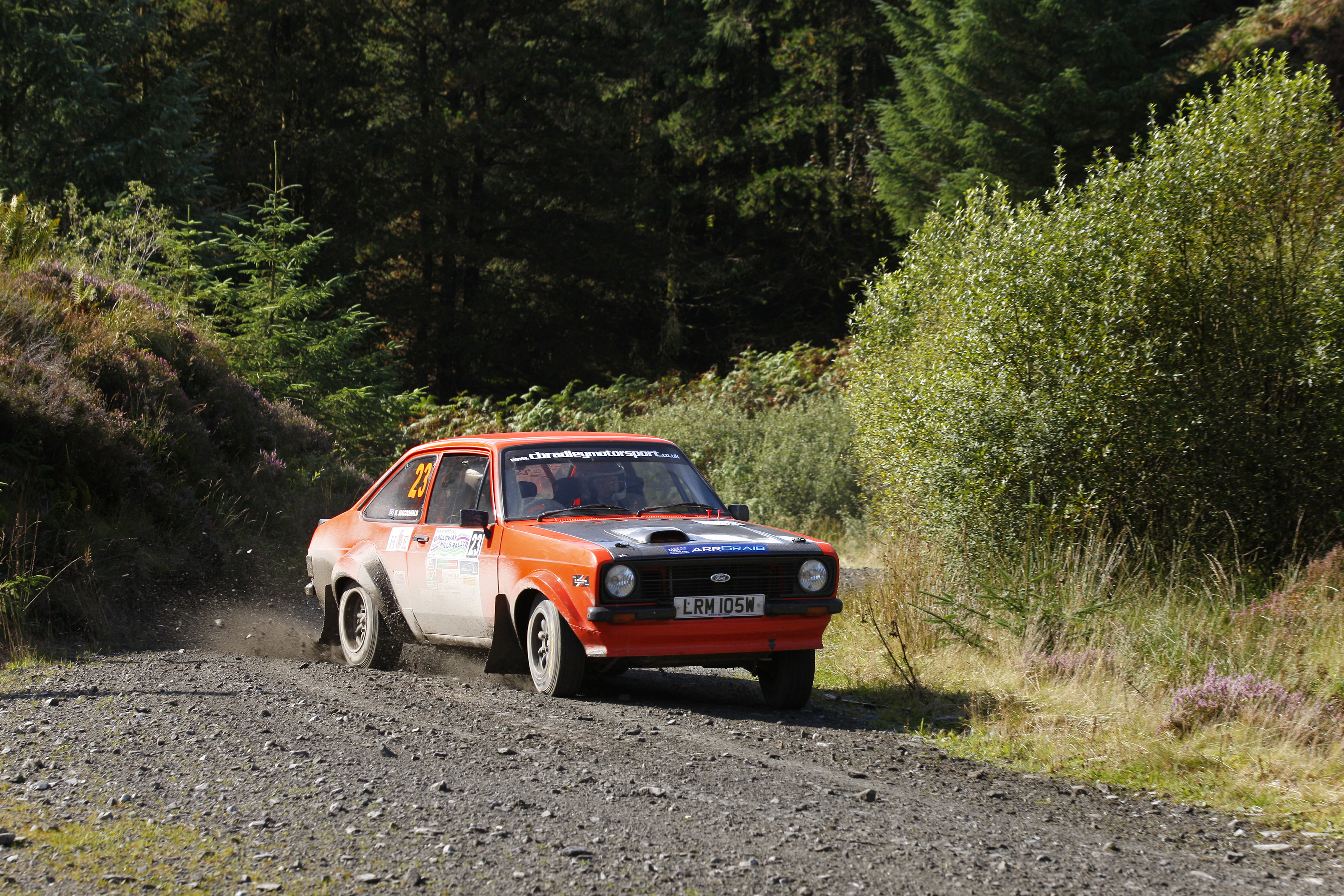 MacDonald was on superb form in the second half of the season – Image: Lindsay Photo Sport

Ken Wood had already sewn up the Class 8 championship after some impressive performances in his Triumph Dolomite Sprint. He didn’t make the trip to Castle Douglas, leaving David Bogie and Kevin Rae to take the Class in sixth overall in their Mk2 Escort. However, the winner of the Snowman, Speyside and Grampian rallies this year didn’t take any championship points.

Fraser Wilson and Craig Wallace came to the Galloway Hills as Class 9 champions after a solid season in their Mitsubishi Evo IX. They had company in the class from SRC returnees Ally Graham and Laura Stuart who pipped Wilson and Wallace by just four seconds, but as they were using the rally as a test session for Rally GB, they too opted not to score.

Class 10 was another championship that was too close to call after six rounds, with Michael Binnie, Simon Hay and Iain Wilson all still able to take the crown. Binnie and co-driver Claire Mole responded to the pressure and took the class win ahead of Wilson and Chris Williams’ Impreza. John McIlwraith and Scott Young took third in their older Subaru. Hay and co-driver Calum Jaffray were second heading into the final stage, but in an effort to overhaul Binnie and Mole, crashed their Evo VI.

Jock Armstrong and Cameron Fair bagged the overall win and thus took the Class 11 win in their Subaru Impreza. Mark McCulloch and Michael Hendry finished second in class in their Evo IX ahead of Scott McCombie and Sean Donnelly’s similar car, but it was Mike Faulkner and Peter Foy who took the championship despite ditching their Mitsubishi in the final test.

Shaun Sinclair and Jamie Edwards won Class 12 with Euan Thorburn and Paul Beaton electing not to score points. The Impreza WRC took third overall ahead of Rory Young and Allan Cathers’ Fiesta R5 that took second in class. Donnie MacDonald and Andrew Falconer took third in another Fiesta, and took enough points across the season to take the Class 12 title ahead of David Bogie and Rory Young.