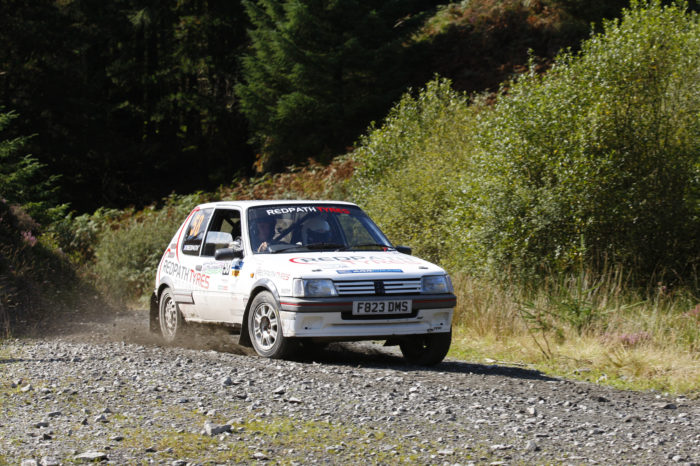 Thanks to winning the 2017 ARR Craib MSA Scottish Rally Championship (SRC) Junior category, Max and Callum Redpath will tackle next week’s Dayinsure Wales Rally GB (28-29 October) which runs alongside the penultimate round of the World Rally Championship.

After a stellar first full year of rallying in the series, notching up the Juniors title and taking second overall in Class 2, the Duns duo received a free entry into the mammoth event and will compete alongside the best rally drivers in the world as they tackle the national section of the event.

Driving a Peugeot 205, Redpath still can’t believe he is heading down to Wales.

“If you had told me at the start of the year that we would be preparing to go to Wales in October I would have laughed,” he said.

“I am still over the moon with this opportunity and can’t thank everyone that has helped me along the way enough.

“The whole crew has been chipping in and doing their own bits to help with the preparation for the rally ahead. I don’t think any of us know what to expect but with no point to aim for we are going to give it a bash and enjoy it at the same time.”

The Redpath brothers are the first SRC registered crew to receive a subsidised entry to the Wales Rally GB National through the Road to Wales scheme. In previous years only the overall champion has been given the opportunity but to a great degree of success, with the overall event being won by an SRC crew since 2013.

Redpath doesn’t have the car capable of taking an outright win, but even if he did, that wouldn’t be his approach.

“The main thing we are looking to take from this rally is experience,” he explained.

“It’s such a tough challenge and something totally new for us, from the driving side with the vastly ranging stages to the organisation and style of the event that differs from the rallies back home in Scotland.”

Max and Callum Redpath will start the event as car 235, competing in the B2 class. The rally starts on Saturday 28th October and ends on Sunday 29th October, taking in over 60 miles of competitive action. 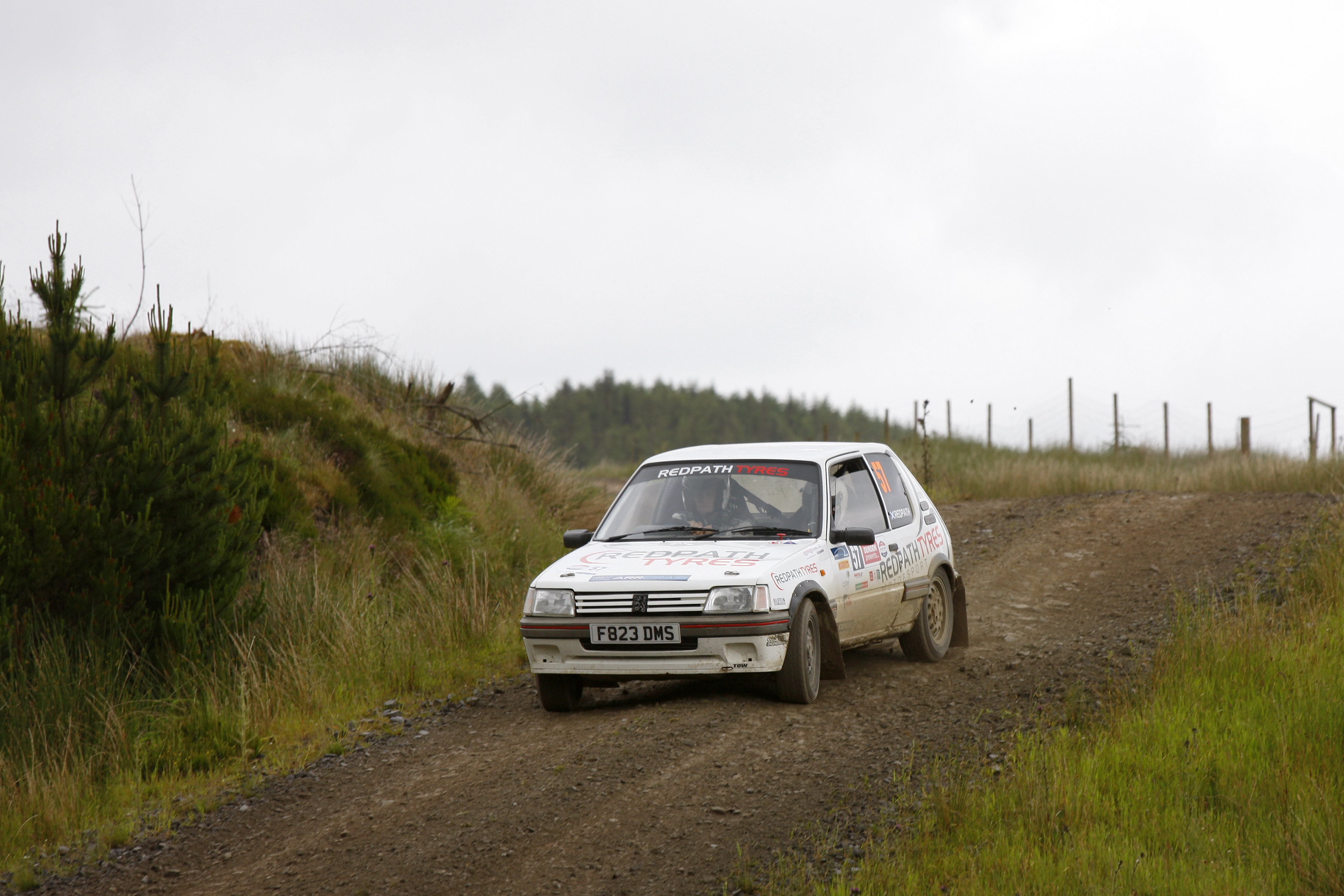 The Duns duo will start as car 235 and will tackle over 60 miles of action in their Peugeot 205
Image: Lindsay Photo Sport