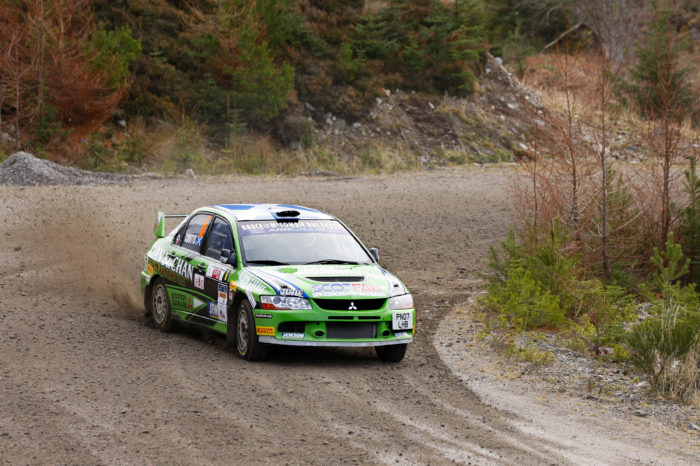 The Wales Rally GB National runs alongside the penultimate round of the 2017 World Rally Championship and sees the competitors take on 60 competitive stage miles across two days of action.

The event has been won by Scottish Rally Championship crews ever since 2013 when Euan Thorburn and Paul Beaton took victory in their Ford Focus WRC. Mike Faulkner and Peter Foy took over the baton in 2014 and 2015, taking victory in their Mitsubishi Lancer Evo IX before McCombie and co-driver Michael Coutts excelled last year in a similar machine.

Despite McCombie heading the entry list for this year’s event, the target isn’t necessarily to defend the victory he took superbly in 2016.

“Michael [Coutts] was keen to go back to Wales so we put in an entry,” McCombie explained.

“The format has changed from a three to a two day event with less miles which is a bit of a disappointment but they’re still brilliant stages to compete on.

“All going well we’d like to be fighting for a podium but this is rallying so there’s always something ready to catch you out!” 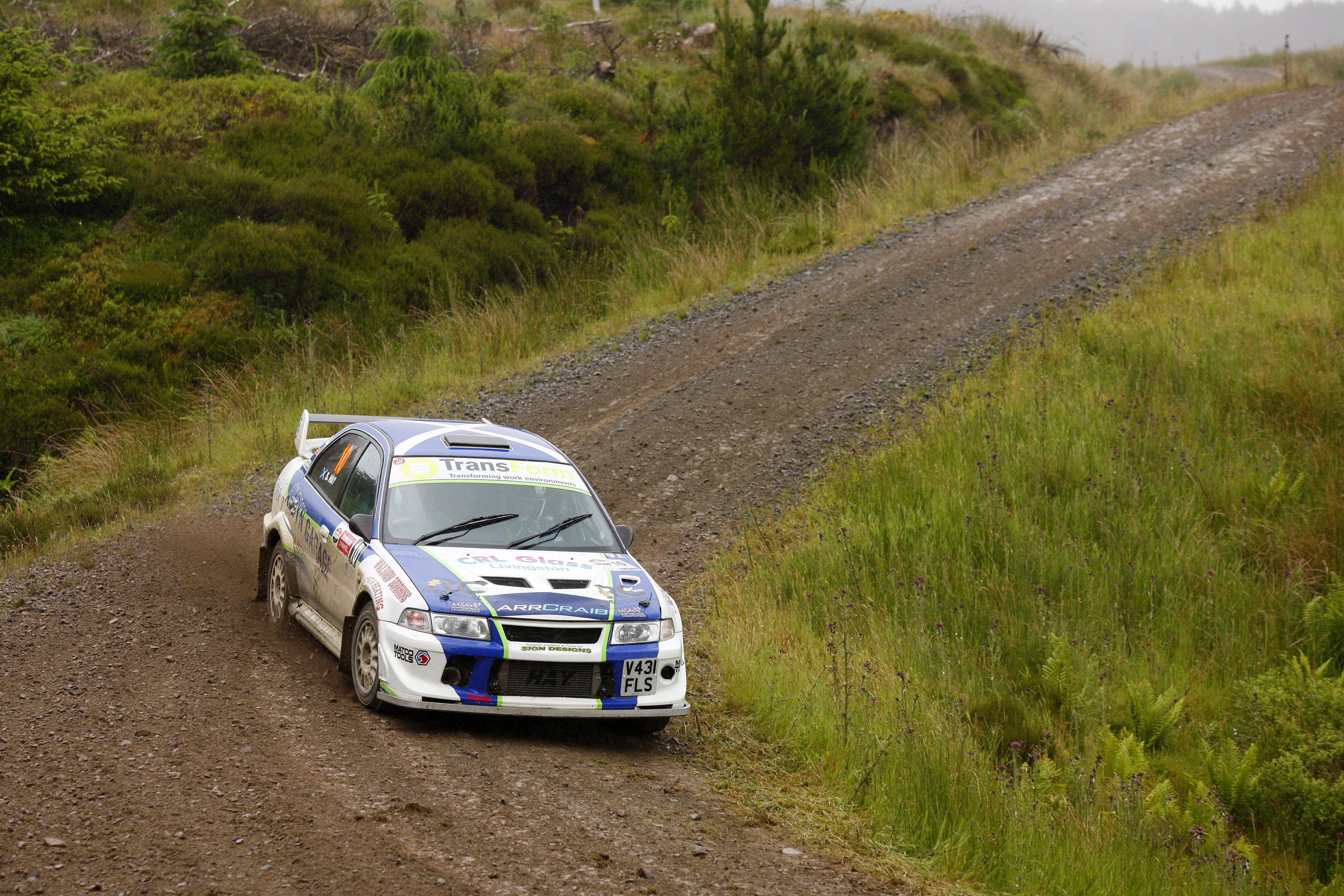 The SRC has a significant presence on the entry list, with four of the top ten seeds coming from Scotland.

Simon Hay and Calum Jaffray once again make the trip south in their Mitsubishi Evo VI after a superb year in the Scottish forests, with Ally Graham and Laura Stuart bringing their Evo IX to Wales after a strong test for the event on last month’s Galloway Hills Rally.

John Wink and John Forrest are making their first ever trip to Wales, and are looking forward to the challenge in their recently acquired Hyundai i20 R5.

“We are really excited to be competing this year,” Wink enthused.

“Ken Wood has done a great job helping us sort out the car. We took delivery of some new tyres thanks to Yokohama next week, they’ve been really supportive of us heading down to tackle this rally.

“Our aim is to learn the car a bit more and keep out of trouble. This event presents a good opportunity for us to speak to Hyundai Motorsport regarding some settings on the i20 too. We really can’t wait to get into the Welsh forests!”

Ellya Gold and Jean Hay have entered their Mitsubishi Evo VI into the event, and start ahead of fellow SRC competitors Max and Callum Redpath (Peugeot 205) and the Subaru Impreza of Geoff Goudie and Murray Strachan.

The SRC’s charity partner CHAS will be well represented on the Wales Rally GB National too, with the Subaru Impreza of Micahel Robertson and Gary McDonald joining the contingent. The pair both do a lot of work for the charity so are a welcome addition to the entry list.

Max and Callum Redpath received a free entry into the event courtesy of their SRC Junior title, with overall Scottish Champions Euan Thorburn and Paul Beaton also heading to north Wales with a subsidised entry equipped with their Ford Fiesta R5, but are paying the extra money to take on the full International event.

Five-time champions David Bogie and Kevin Rae have also entered in their Skoda Fabia R5 while the winner of the Grampian Stages last year, John MacCrone, returns to competitive action in a Fiesta R5 with Rhiannon Gelsomino alongside.

The Deeside Service Park will once again feature an ‘SRC Village’ for the second year in succession, which will be a nice home from home for the Scottish Championship crews. 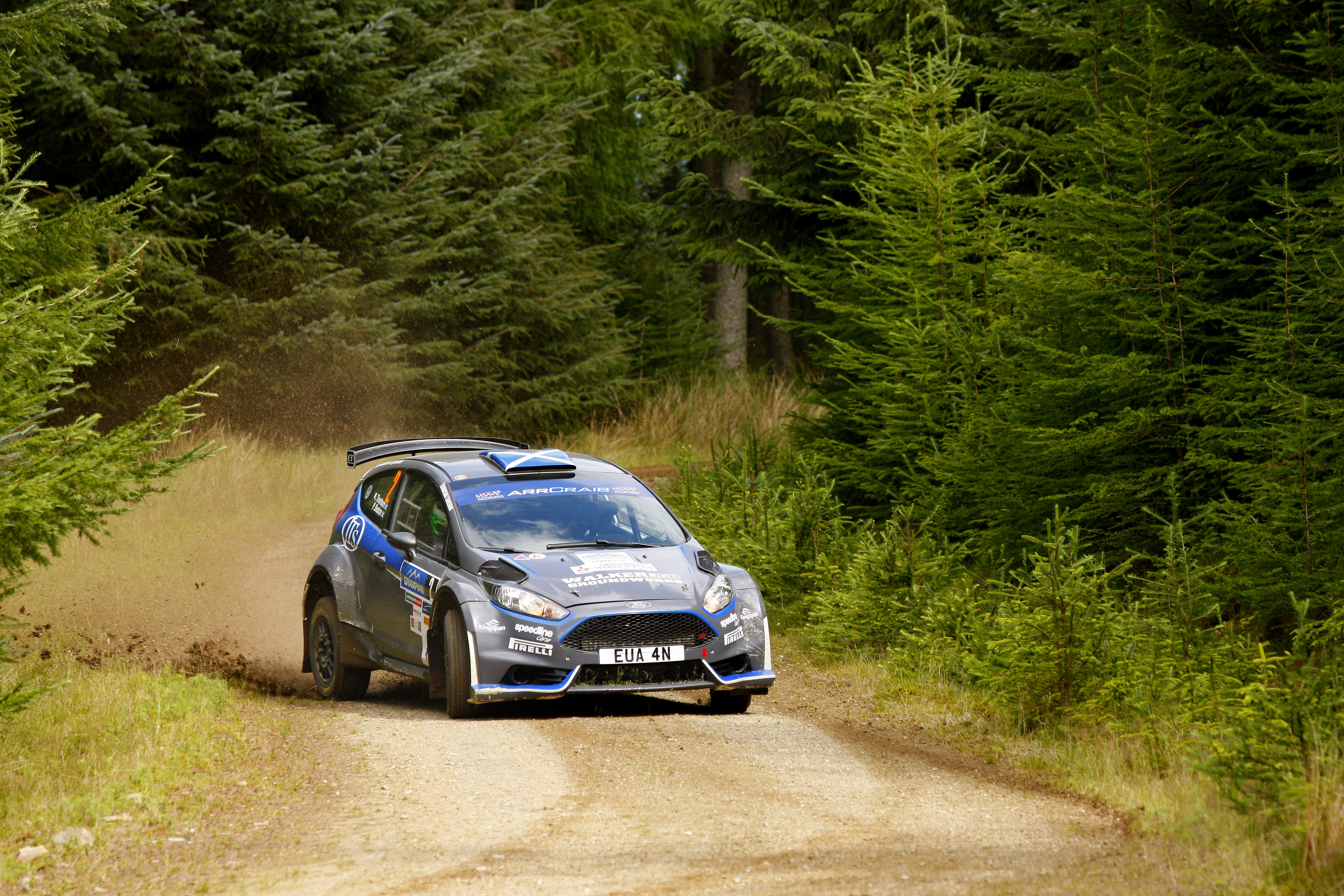