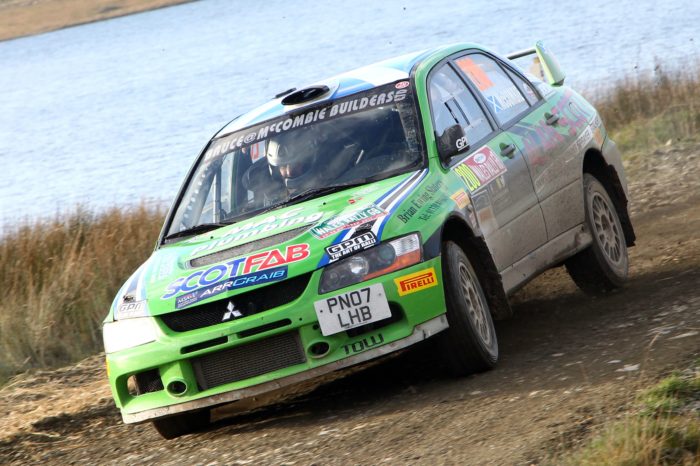 Crews from the championship have won the National event for the past four years, with 2016 winners Bruce McCombie and Michael Coutts heading this year’s entry list in their Mitsubishi Lancer Evo IX. John Wink and John Forrest (Hyundai i20 R5), Simon Hay and Calum Jaffray (Mitsubishi Evo VI) and Alasdair Graham and Laura Stuart (Mitsubishi Evo IX) also all featured among the top seeds.

From the outset however, it was clear that the Scottish crews’ battle for supremacy was going to be difficult, with British Rally Championship and BTRDA competitor Thomas Preston setting a strong pace in his Skoda Fabia R5. The Englishman took the lead on the spectator stage around Cholmondeley Castle and never looked back.

McCombie and Coutts were strong contenders in their Lancer and lead the Scottish contingent, but ultimately struggled to keep up with Preston’s R5 which was better suited to the twisty stages. The Banchory driver came home 23 seconds behind Preston in second overall, overcoming an incorrect one minute time penalty for allegedly clocking in too early.

Wink and Forrest had a good run in their recently acquired Hyundai i20 R5. Wink is still getting used to the Korean machine, but you wouldn’t know it from his pace on Sunday with two out of three fastest stage times. The Huntly man finished fifth overall.

Graham and Stuart had issues with their throttle cable to contend with, but brought their relatively standard Mitsubishi home a very credible eighth overall, especially considering the Paisley driver’s lack of seat time this year.

Hay and Jaffray were slightly disappointed with 11th. The duo were forced to back off on Saturday afternoon with a split exhaust manifold, as pushing too hard could have set their Lancer alight. Hay managed to climb back to 11th from 14th but unfortunately for them the gap ahead was too large and the stage mileage too
short for them to reach the top 10.

Geoff Goudie and Murray Strachan came home 21st overall in their GC8 specification Subaru Impreza, ahead of SRC Junior Champions Max and Callum Redpath who made the most of their free entry into the event, taking 31st overall and third in class in a Peugeot 205.

Michael Robertson and Gary McDonald finished 34th overall in their Subaru Impreza, while Dave Ross and Ellya Gold had the dubious honour of being the only Scottish drivers failing to make the finish. 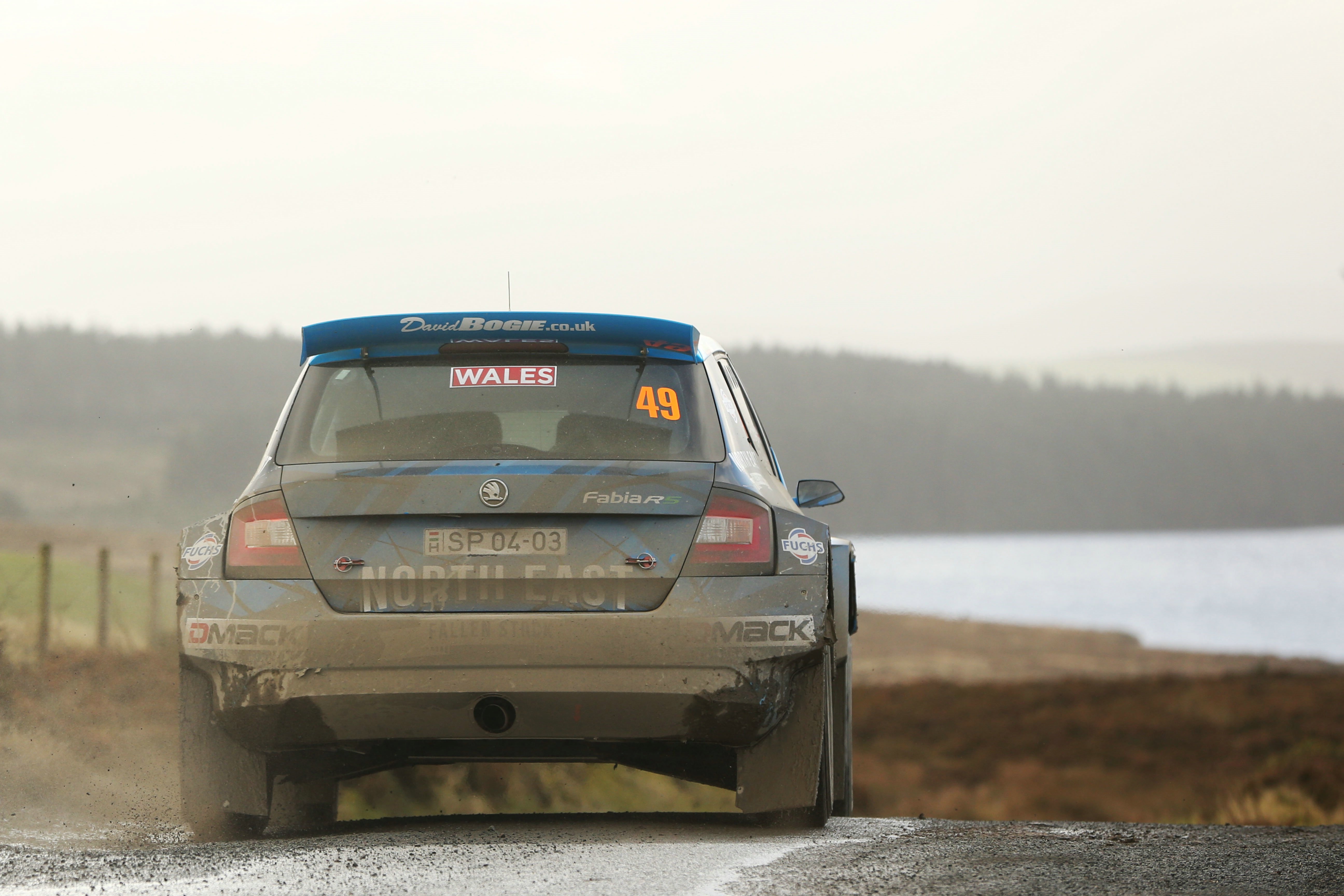 In the full International event, the Scots were equally as impressive.

Five-time SRC champions David Bogie and Kevin Rae had a fantastic event, bringing their Skoda Fabia R5 14th overall and fourth in the RC2 class, just 32 seconds shy of the podium. This result earned Bogie the honour of the first Scottish driver home.

Winner of the 2016 Grampian Stages, John MacCrone, made his first competitive outing in a rally car this year, making his finish of 21st overall and second privateer all the more impressive. The Tobermory driver piloted a Ford Fiesta R5 with Rhianon Gelsomino alongside, reaping the rewards from ensuring they took no unnecessary risks.

New Scottish Rally Champions Euan Thorburn and Paul Beaton had a more difficult time in comparison with their compatriots. The pair’s R5 Fiesta suffered from a broken brake pipe and a faulty turbo sensor on the first day which held them back, but they managed to recover to finish 27th overall and ahead of some big names in the World Championship support category WRC2.

The overall event was won by British pairing Elfyn Evans and Daniel Barritt in a Ford Fiesta WRC, making it a dream weekend for UK rallying.