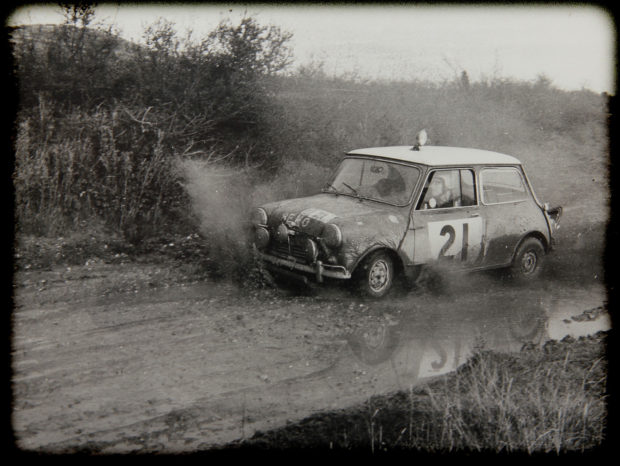 Championship organisers are delighted to confirm that Paddy Hopkirk MBE will be the guest of honour at the upcoming 2017 ARR Craib MSA Scottish Rally Championship (SRC) Awards Dinner in Aviemore on Saturday 18th November.

The new President of the British Racing Drivers’ Club (BRDC) first came to prominence after winning the 1964 Monte Carlo Rally in a Mini Cooper, and alongside Henry Liddon, is still the last all British crew to win the classic event. He further outlined his credentials with victory on the 1967 Acropolis Rally.

Hopkirk will join the organisers, fans and competitors of the SRC at MacDonald’s Highland Aviemore Resort in mid-November to celebrate what has been another brilliant year of Scottish rallying.

“We’re delighted that Paddy and Jennifer are taking time out of their busy schedule to join us in Aviemore and help celebrate another enthralling season in the ARR Craib Scottish Rally Championship,” he said.

“Paddy’s status as one of the UK’s leading rally drivers was assured when he won the 1964 Monte Carlo Rally with Henry Liddon alongside in the iconic red Mini and even now in his mid-80s he remains committed to bringing his wealth of knowledge to all forms of motorsport.

“We look forward to providing some good old-fashioned Highland hospitality in a few weeks time.”