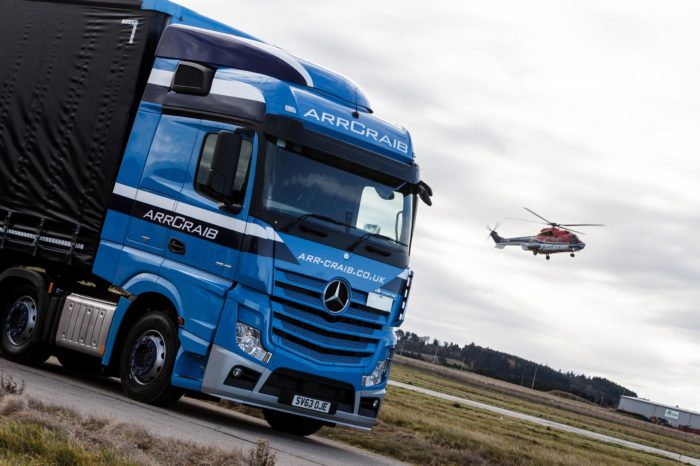 ARR Craib Transport Ltd, which has bases in Aberdeen, Cumbernauld and the north of England, first became involved with motorsport as a stage sponsor of their local event, the Granite City Rally. In 2013, the firm joined forces with the Scottish Rally Championship for the first time which ensured the series would retain its status as one of the most popular rally championships in the UK.

Details of the 2018 ARR Craib MSA Scottish Rally Championship have recently been revealed which will see seven all-gravel rounds make up the calendar, kicking off with the Snowman Rally in Inverness on 10th February. The format of the championship will remain largely unchanged from this year but organisers will soon be announcing a host of incentives which will further enhance the series.

“The partnership we have forged since 2013 is unbeatable and the championship is only as popular thanks to the support from ARR Craib. The series continues to evolve year-on-year and refuses to stand still. Our incentives such as the SRC John Horton Star Driver Award and Ferry Subsidies ensure we are an innovative, forward thinking Championship and that competitors across the UK have a desire to come and contest the series. It’s thanks to ARR Craib that it is as strong as it is today.”

He added: “The Scottish Rally Championship has always been one of the country’s most popular motorsport events but in recent years, with the foresight and vision of the current organisers, it has become a must-do championship for both drivers and spectators.

“We are proud to once again be the title sponsor for what promises to be a thrilling series of rallies across Scotland, and to support the organisers in their efforts to introduce new elements into the programme so that it can grow even further.”

The ARR Craib Scottish Rally Championship has produced both British and World Rally Champions since its inception in 1968, including the late Colin McRae.