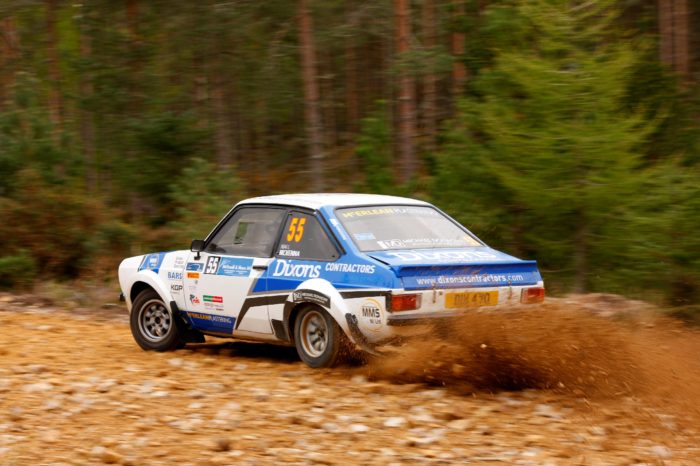 The ARR Craib MSA Scottish Rally Championship (SRC) can reveal that it will once again support competitors travelling overseas to compete in the series, contributing towards ferry costs to all seven rounds of the championship.

The SRC Overseas Support Scheme was launched last year and proved a successful addition to the series, with Irish drivers Marty Gallagher and Paul McErlean among others taking advantage of the support offered.

On receipt of the ferry invoice, any registered competitor will receive a £100 contribution towards costs from the SRC, meaning the series is a cost effective alternative to rallying in Ireland or Northern Ireland.  The scheme aims to further encourage Irish and other foreign competitors to come and join one of the most competitive championships in the UK.

Robert Beck, championship co-ordinator believes the Irish contingent were a valuable addition to the SRC in 2017.

“It was great to have the likes of Marty (Gallagher) and Paul (McErlean) in the series and they seemed to enjoy the additional challenges of the events, along with the traditional Scottish welcome” he says.

“Many of the events fitted around their existing commitments and they all kept the championship regulars on their toes. It would be great to see more crews coming across the water this season; we have some great prizes on offer in 2018”.

McErlean and his co-driver Niall McKenna brought their Escort Mk2 across the Irish Sea to contest six of the seven rounds of the 2017 championship. The duo finished sixth in the 2WD Championship, with a best result of second in Class 7 on the Grampian Forest Rally.

“The ferry deal allowed us access to some of the best stages and best competition in the UK or Ireland. It’s so good that we’re coming back this year!”

“We decided to try the Scottish Championship as it was something different,” McErlean added.

“Most of the events have super-fast stages with really good surfaces and we found them to be a lot easier on the car than some of the Irish events.

“I would highly recommend the SRC to any foreign competitors. The discount on ferries is an added incentive.”