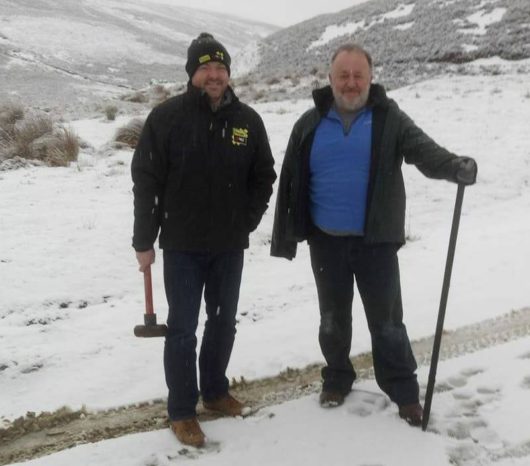 The Scottish Rally Championship is deeply shocked and saddened to learn of the sudden passing of Iain Urquhart on Sunday.

“Coogie”, as he is better known, was a wee guy with a big heart, a razor sharp wit and, when required, a sharp tongue. Never afraid to call a spade a spade when the need arose to cut to the chase.

His wealth of experience and knowledge was something he readily shared with others. A past competitor and clerk of the course of his local rally, the Snowman, he was the man that 63 Car Club turned to when they decided to try running a forest rally for themselves in 1997.

He would often turn in an “all-nighter”, patrolling stages in the run up to wintry Snowman’s, both during his spell as COC and after. Never one to seek recognition, he did it for the love of our sport, and a desire to put something back.

His work with them obviously paid huge dividends as the event quickly established itself as one of the most popular and well organised events on the SRC calendar.

Coogie was a valued member of the MC and GC in day’s gone by and like with all things, his input was much valued.

More recently he stepped in to help his pal Skunner Campbell and Andy Jardine with the huge undertaking that is the running of the Mull Rally and had become an MSA Safety Delegate, a position which requires a level head and a common sense approach.

Our thoughts are with Teri, the girls and the rest of his family and many friends at this sad and difficult time.

Our sport is infinitely the poorer for his passing.

Picture: Coogie (right) alongside Skunner, out in the snow and cold, knocking in posts for the love of the sport and to lend a hand.