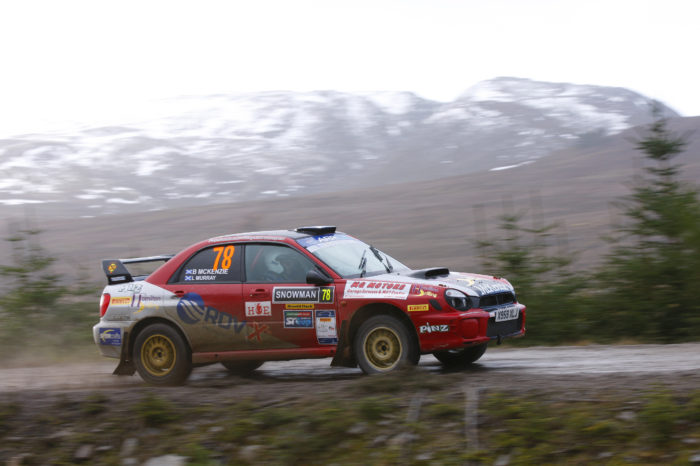 Brett McKenzie is counting down the days until the second round of the 2018 ARR Craib MSA Scottish Rally Championship (SRC), after taking the www.usedcarparts.co.uk Subaru Cup honours in Inverness.

The Subaru Cup has opened up its regulations this year to accommodate second generation Impreza’s as well as older models, which allowed McKenzie to contest the category on the Snowman.

McKenzie and co-driver Lauren Murray were seeded at 78, but mastered the treacherous conditions that the Snowman Rally threw at them, to finish 27th overall and top of the Subaru Cup standings; all on McKenzie’s second ever forest rally.

This means the Elgin driver heads to the McDonald & Munro Speyside Stages holding the championship lead. He will compete alongside James Ralph in Elgin.

“This is my first year rallying,” McKenzie said.

“I was out last year on the Speyside to try it out after servicing for a number of years. Despite fully rebuilding the engine on the Friday we finished 64th which was an encouraging result.

“We certainly didn’t expect to finish 27th and top of the Subaru Cup on the Snowman. We had just swapped to a new set of pacenotes and with the slippery conditions, decided to play it safe but our times got faster as the day progressed.

“To be honest we were only looking to finish the rally and thought breaking into the top 50 would be ambitious, but we did way better than that and even scored an 18th fastest time!”

McKenzie may head to his home event in a rich vein of form, but he is aware that he is still very inexperienced behind the wheel and that his rivals will be chasing him hard.

“I certainly didn’t expect to be where I am now, but winning the Subaru Cup last time out has given us something to compete for,” McKenzie continued.

“I can’t wait for the Speyside now. The stages are so good but this year we will have added pressure to try and get a good result.

“I don’t think it’s a bad thing to try and push for first place again, but realistically I don’t think that’s where we’ll end up. There are a lot of fast and more experienced guys in this category that either didn’t do the Snowman or encountered problems.

“I will certainly try my best and try to push hard to remain in the top spot though!”

John McIlwraith, Harry Chalmers and Donald Brooker are among those looking to beat McKenzie to the category win on the Speyside Stages.

The Speyside is unique to the SRC in that it includes competitive action on tarmac through the iconic Cooper Park spectator stage.

The action then heads into the Morayshire forests for over 40 miles of competitive rallying, before heading back to Elgin for the ceremonial finish.

The next round of the SRC is the McDonald & Munro Speyside Stages on Saturday 21st April. 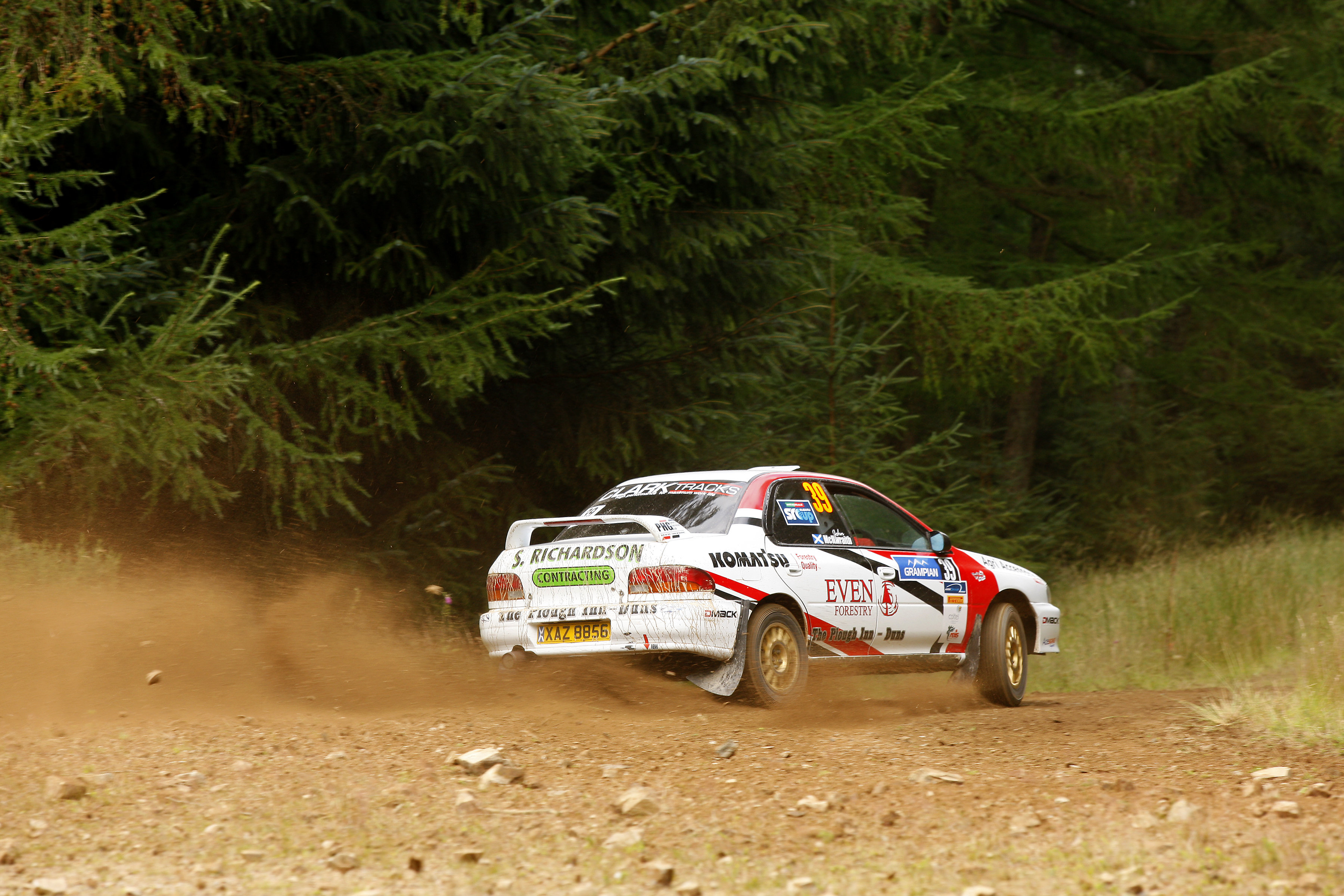