Milne hungry for more after maiden podium on Speyside 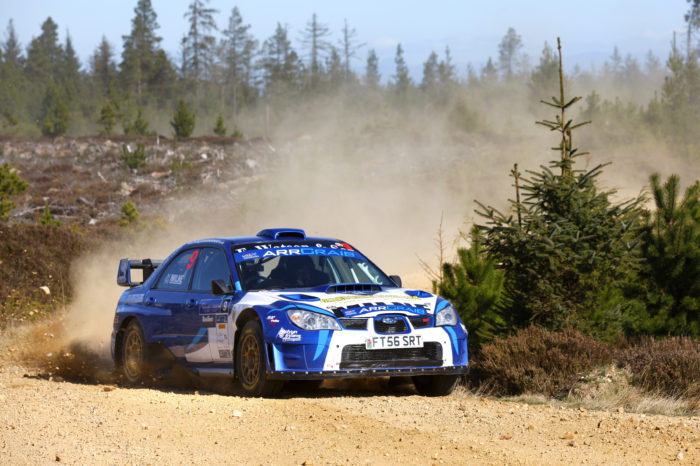 Freddie Milne is hopeful of achieving more success after a breakthrough result on round two of the 2018 ARR Craib MSA Scottish Rally Championship (SRC).

Milne and co-driver Patrick Walsh guided their Subaru Impreza WRC to fourth overall and third in the SRC on the McDonald & Munro Speyside Stages, which was the first podium finish of Milne’s career.

After tasting success, Milne is keen to keep up the momentum as the SRC heads to Lockerbie for the RSAC Scottish Rally.

“It was very nice to be handed a bottle of champagne and get my picture taken, and I didn’t even know [I’d taken third] until I reached the finish and was told to reverse my car in front of the arch. I was beaming ear to ear at that point,” Milne said.

“I said to Melvyn [Evans] if I have a bad day at the Speyside I’m definitely going to take a back step from it this year, just because I’d had such a bad day at the Snowman. The biggest thing is to enjoy it, it’s for fun and at the Snowman I was just so terrified of damaging the car in the changing conditions I didn’t enjoy it.

“Part of me kind of hoped I’d have a bad day at the Speyside as it would save me a lot of money, but after the podium our entry for the Scottish was guaranteed!”

Milne has driven a Mitsubishi Evo in recent seasons, but hired an Impreza WRC for the Grampian Stages last year and hasn’t looked back since. After starting three events in the car, he is slowly but surely getting used to the characteristics of it.

“I’m not doing anything special,” Milne admitted, “it’s just a combination of probably one of the best cars in the field and a really good navigator, I’m definitely the weak link.

“The thing really is wild. I remember Shaun Sinclair saying to me you get your money’s worth just from the launch. It’s so pleasing, it’s like a stallion booting you in the back with every gear change.

“It all is down to the car though, we couldn’t be finishing this high without this thing. With a thing like that we should be on the podium every time otherwise you’re doing something seriously wrong.

“They are tricky things to drive, you can go into a corner and get a lot of understeer and then suddenly you get massive oversteer. They are very driveable, but it’s a bit like if you’ve not been on a bicycle for 10 years, it grabs your attention, for the first mile or so you’re a bit like ‘woah.’” 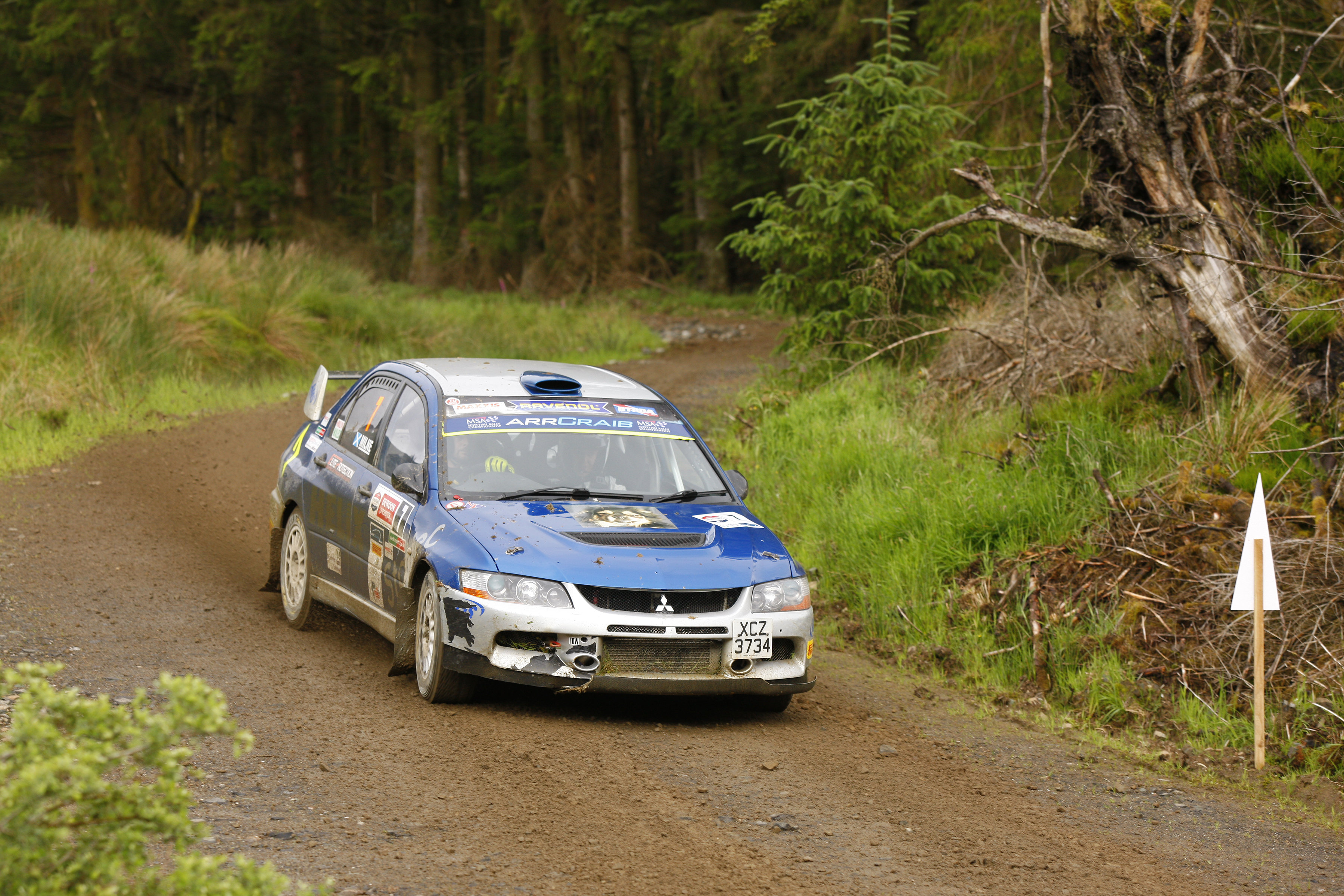 With the Scottish Rally less than a couple of weeks away, Milne’s full attention is now on ensuring he can try and replicate his performance from the Speyside.

“I’d be happy to be around the top five area but am certainly shooting at the same as the Speyside or better,” he said.

“The one thing that has filled me with a bit of confidence is that the Speyside was probably the first rally I’ve ever done where I never looked at the notes beforehand. I just said to Patrick that I trust him as I was too busy with work stuff so I only had a quick run through of the DVD the night before. I’m definitely going to be paying the notes as much attention as I can for this one!

“I’m going to try and do the remaining events, definitely. It was a shame to drop down so much on the Snowman with our road penalties, we would have been ok without that, got some points, so I guess we have to finish every round now.” 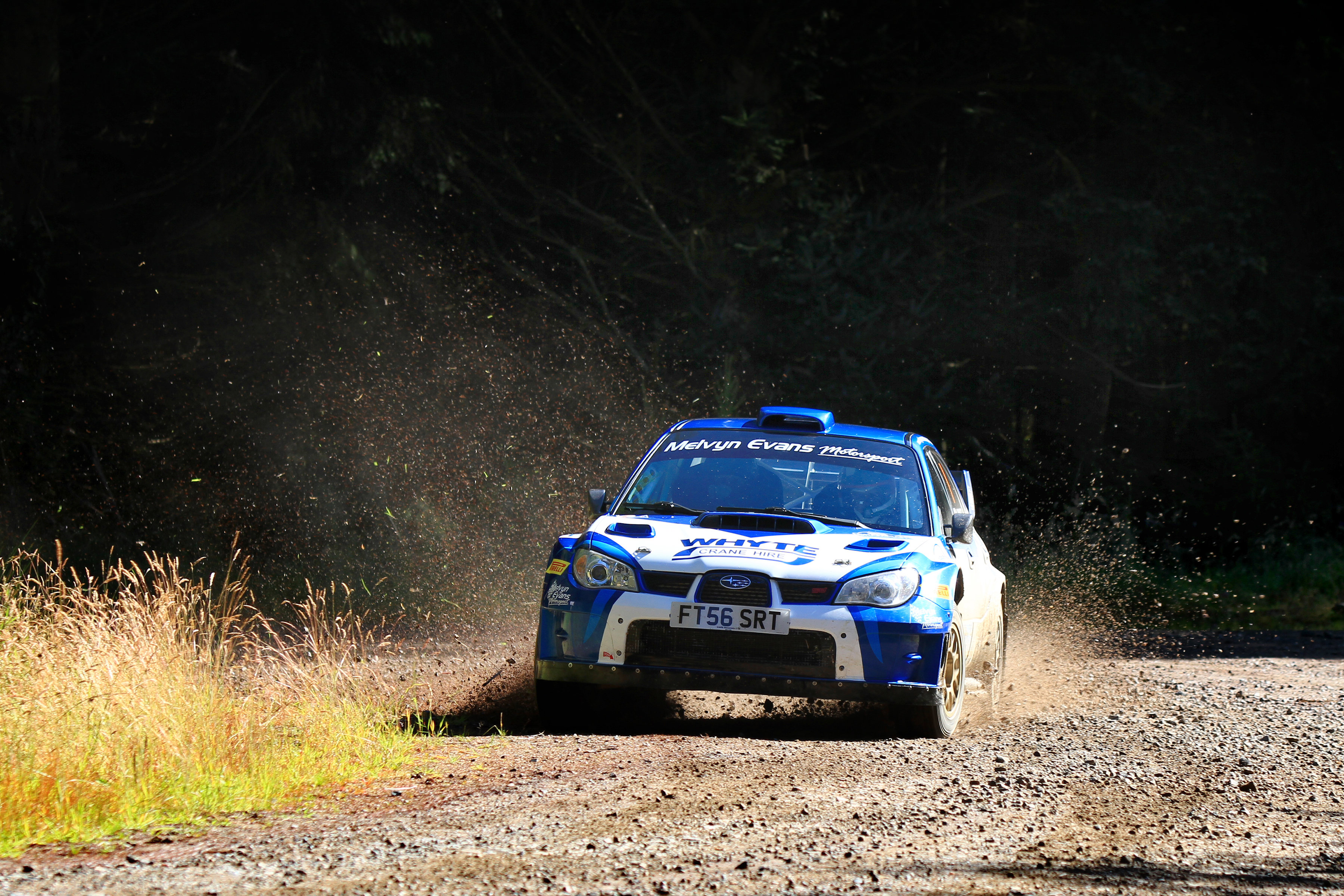