Dickson enjoying the Scottish Rally Championship more than ever 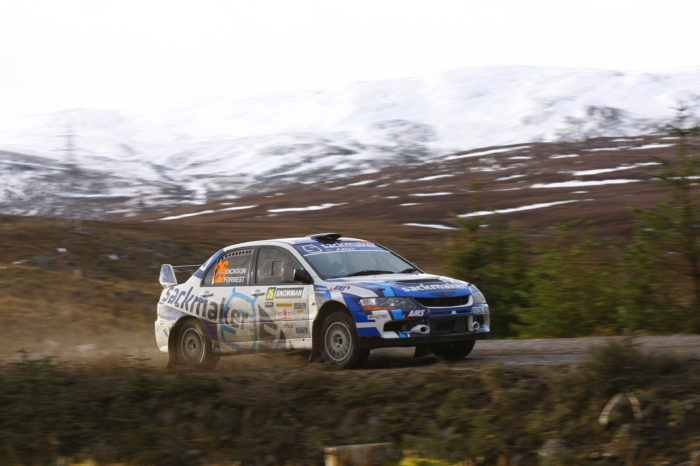 Alan Dickson can’t wait for the 2018 ARR Craib MSA Scottish Rally Championship (SRC) to resume next week as he continues to enjoy his comeback to the sport after a 12-year hiatus.

Dickson, who last competed in the SRC back in 2006 in a Subaru Impreza WRC, lies seventh overall and second in the Challengers championship ahead of the RSAC Scottish Rally behind the wheel of Mark McCulloch’s old Mitsubishi Evo IX.

After spending over a decade on the side-lines, the Glasgow driver has been tempted back into competition after visiting the McRae Gravel Challenge in September last year, and is enjoying the Scottish Rally Championship more than he ever has done.

“I walked away from rallying after 2006, and didn’t really look over my shoulder until recently,” Dickson admitted.

“My children are now both in their late teens so I started thinking to myself ‘if I don’t go back and have another go at 54, when will I,’ because you really do miss the feeling of driving.

“I’ve been very careful with my comeback into this. I wanted to come in at a level we can afford, so the Lancer ticked all the boxes for me. I’ve got Martin [Forrest] back with me which is great and most of my old service crew too, so from lunch time on Friday until we get home we just have a non-stop laugh.

“We let the guys the in the WRCs and the R5s slug it out in the way we used to do it, but we are not in that fight and it’s quite nice not to be, and to be happy coming home regardless of the result: if we get a top 15 we are delighted! There’s much less pressure to deliver and the difference that has made with enjoyment is immense. I’m enjoying my rallying more now than I ever have, I can’t wait for the Scottish.”

The way Dickson goes about his rallying is vastly different now to when he was fighting former champions Barry Johnson and Dave Weston for the 2006 title, but he is still looking to achieve the best results he possibly can even if he’s not fighting at the very front.

“I’m amazed how quick these Group A cars are nowadays, they feel almost as fast as my World Car did 12 years ago,” he revealed.

“Having been out for such a long time I did question whether I’d still be able to do it, but it’s amazing how quickly the feeling comes back. We were trying hard all day on the Speyside but could only manage 20th, which with hindsight was probably down to choosing the wrong tyres so we will use Pirellis on the Scottish to try something new.

“We have always set reasonably high standards with what we do and as long as we come down the road at the end feeling that we’ve not disgraced ourselves then fine, but it’s a far cry from the days where I used to head home feeling the weekend was a disaster if we didn’t make the top five. We are all competitive people, otherwise we wouldn’t do this, so our aim is to try and get as close to the fastest Mitsubishi drivers as we can which is Bruce McCombie at the moment.” 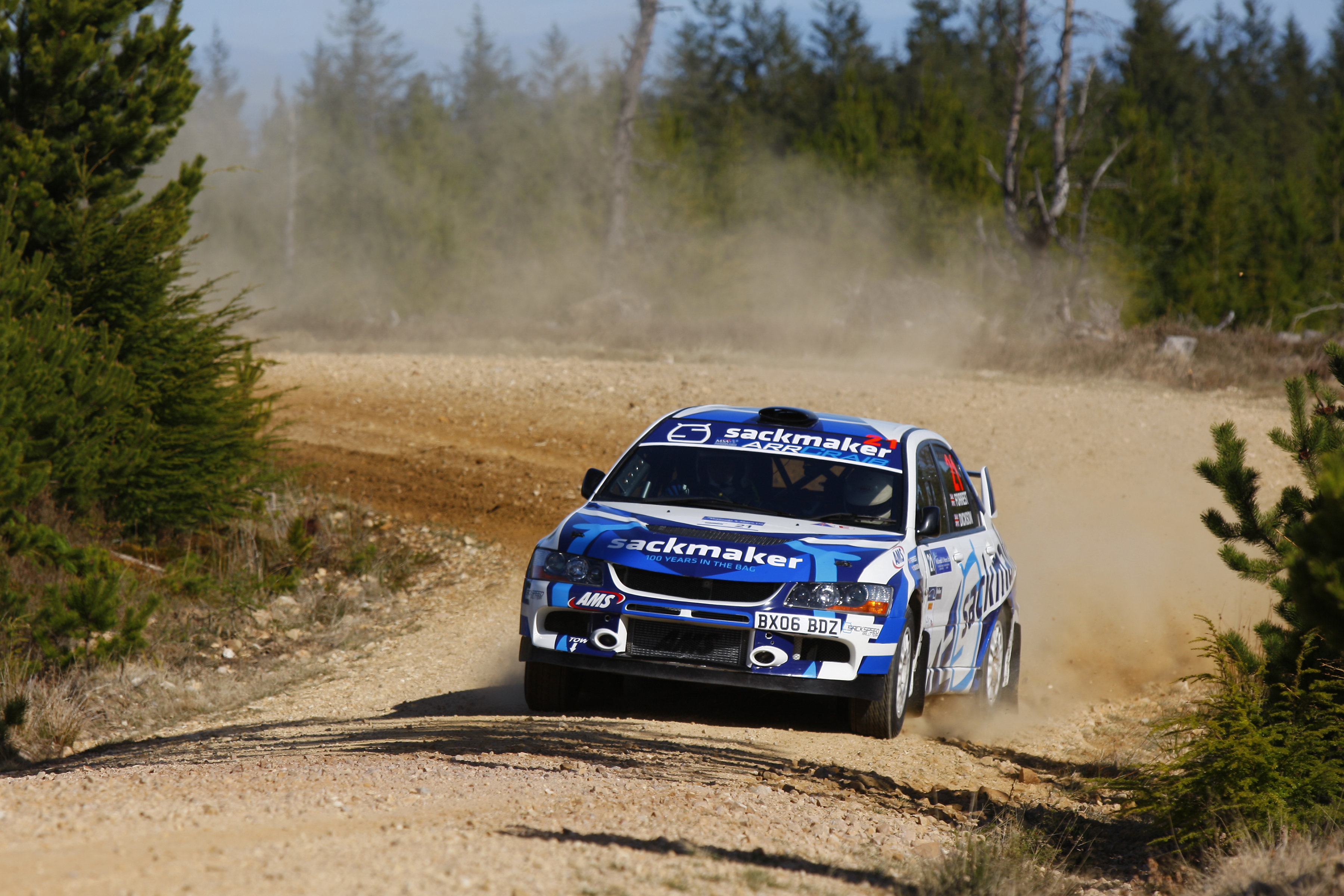 Dickson is on paper in serious contention for Challengers honours this year, but he it’s not something he’s necessarily aiming for given the strength of the competition.

“The Challengers will be incredibly difficult because there are a couple of guys there with R5s and a lot of them are youngsters unlike me,” Dickson said.

“Lawrence Whyte is a hot tip for that one, and there’s going to be others as well. You’ve got to remember we finished the first two events and a lot of others haven’t, and that has helped us.

“It’s the same way that we can look at the overall table and see we’re lying seventh, but look who’s behind us. I’ve got David Bogie behind me and I’ve got Jock Armstrong behind me and two or three others that are well capable of beating me soundly but for whatever reason didn’t do the Snowman.

“I’m trying not to get myself dragged into that whole championship thing as sometimes it makes you go and do events you otherwise wouldn’t, and we’ve been fortunate enough in a previous life to be have been there and done that near the front.

“I just look forward to it far more than I ever used to and it’s because we just want to go out there and drive the car fast in the forests and that’s really what it’s all about. If we get a decent result then all the better but it’s not going to spoil our day.” 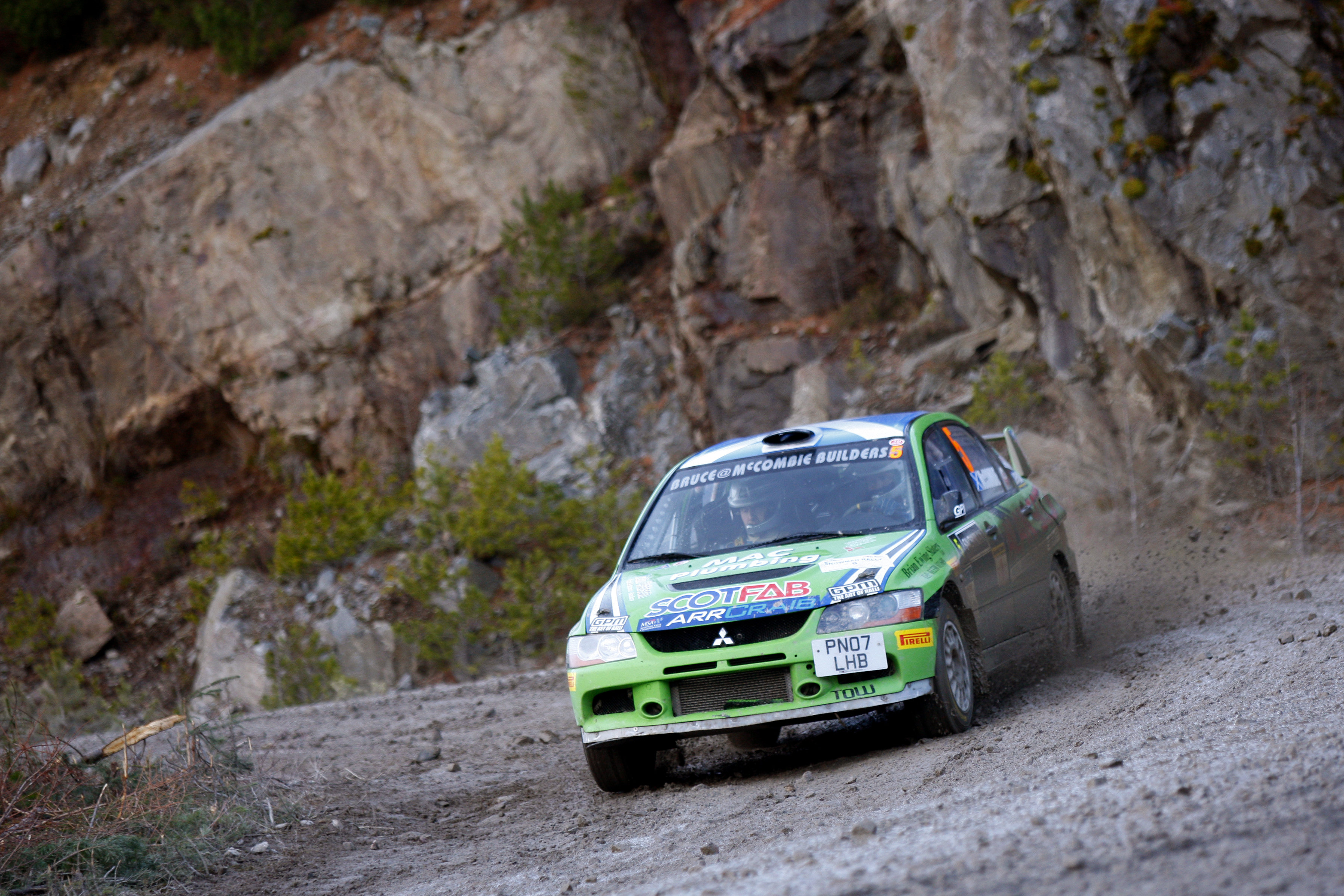 The SRC resumes next week as the series heads to Lockerbie  – Image: Lindsay Photo Sport