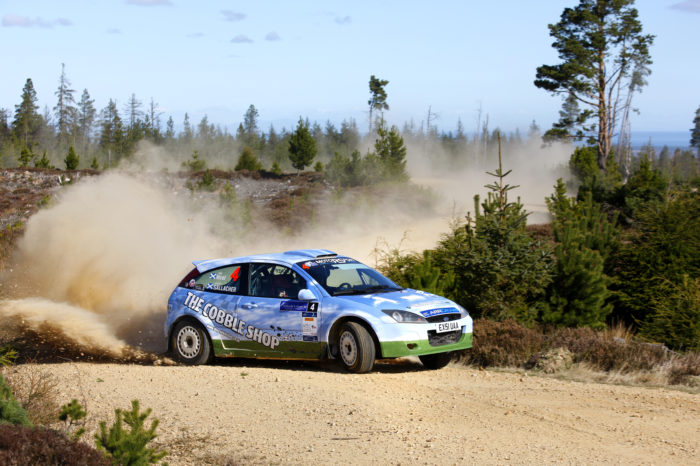 With two different winners from as many rounds and plenty of other drivers in contention, the 2018 ARR Craib MSA Scottish Rally Championship (SRC) is proving as enthralling as ever as the series heads south for round three, the RSAC Scottish Rally.

After two rallies up north in Inverness and Elgin, it’s Andrew Gallacher and Jane Nicol that lead the way in their Ford Focus WRC courtesy of their Snowman Rally win. However, Donnie MacDonald and Andrew Falconer are just one point behind in their Ford Fiesta R5 with Bruce McCombie and Michael Coutts lying third after more giant-killing performances in their Mitsubishi Evo IX.

Up next is the RSAC Scottish Rally, one of the classics on the UK rallying calendar. Based in Lockerbie for the second successive year, the rally comprises of over 40 competitive miles of forest action in iconic tests such as Twiglees and Mount Joe.

Heading to Dumfries & Galloway with a fifth victory in his sights is local man David Bogie and Kevin Rae. Bogie dominated the recent Speyside Stages in his Skoda Fabia R5 so is favourite to take his second SRC win of the season.

With the pair unlikely to contest the full season however, all eyes are on the drivers around them.

Jock Armstrong and Cameron Fair must fancy their chances in what is also a local event for Armstrong. Having been out the car for six months, the 2015 and ’16 champion stormed to second overall on round two in his Subaru Impreza to prove he has lost none of his competitive edge.

Gallacher and Nicol are sure to be in the mix too following the impressive form they have shown this season. Gallacher’s Speyside was curtailed with a disastrous run through the short Cooper Park test, but his comeback drive to keep his championship lead intact was impressive.

MacDonald and Falconer have been equally impressive in 2018 as they continue to adapt to life in an R5. The Inverness crew appear to be on top of the car now, which makes them a serious threat to the opposition. 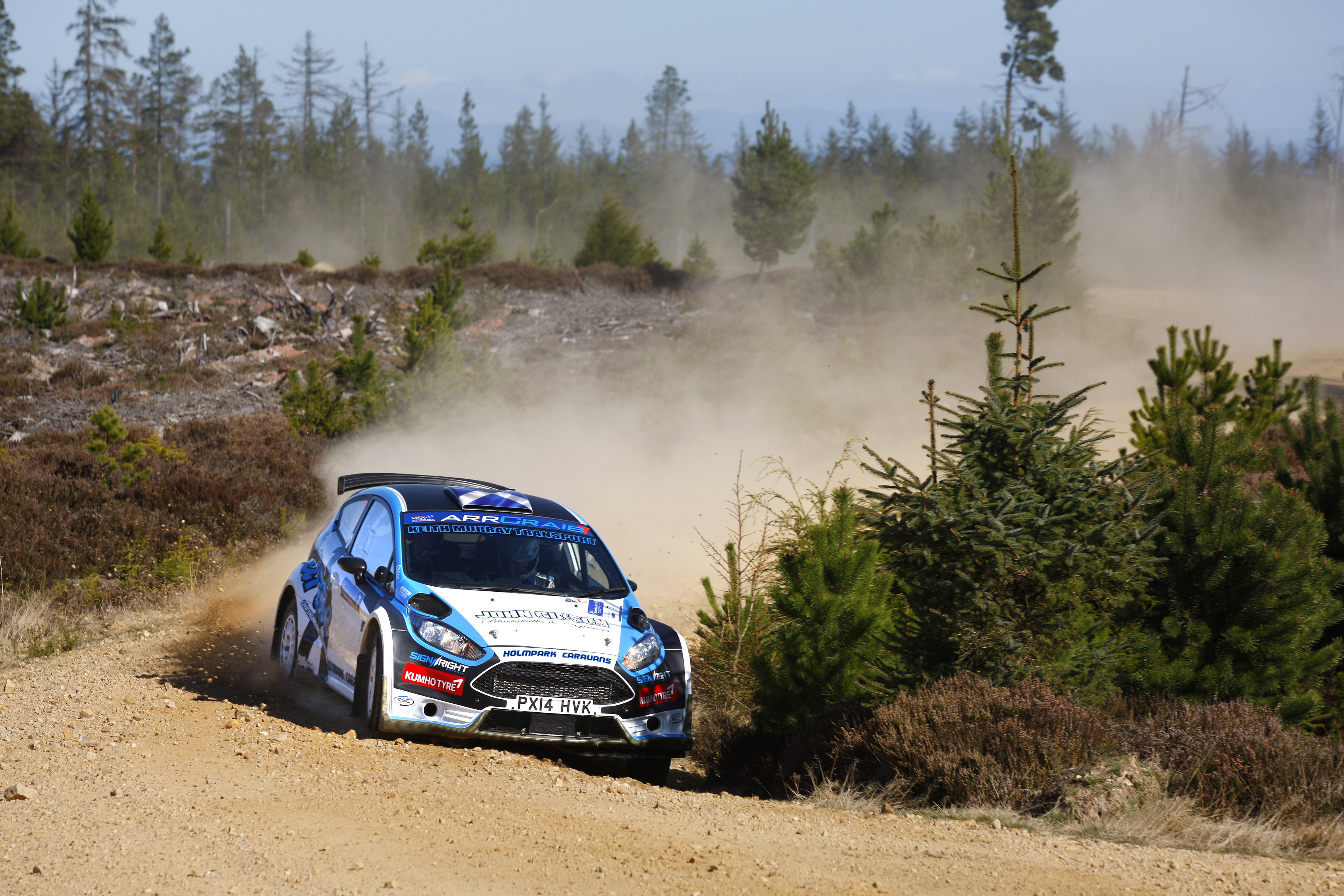 McCulloch is right on the pace in his new car – Image: Lindsay Photo Sport

When it comes to learning R5s however, Mark McCulloch and Michael Hendry are the pick of the bunch. Having started just two rallies in their R5 Fiesta, the pair have been in podium contention right from the off and were unlucky to miss out on the rostrum on the Speyside. The Scottish Rally is McCulloch’s home event so he will be desperate to put that right on round three.

Lawrence Whyte and Stuart Loudon are also showing strong signs of improvement as Whyte continues to learn the art of rallying. The teenager scored a fine sixth last time out in his Ford Fiesta R5 so is a potential dark horse for a podium finish this time around.

Also in R5s are John Wink and John Forrest who were having a brilliant run in Elgin aboard their Hyundai i20 before a costly low-speed roll, and local man Rory Young who returns to the SRC for the first time since his podium on the Galloway Hills Rally last year. He will be partnered by defending co-driver’s champion Paul Beaton in another Fiesta R5.

Joining the WRC brigade once again are Freddie Milne and Patrick Walsh, full of confidence after Milne’s maiden SRC podium on the Speyside in their Subaru Impreza WRC. McCombie and Coutts head the Mitsubishi charge but will face stiff opposition from Michael Binnie / Claire Mole, Scott McCombie / Mark Fisher and Alan Dickson / Martin Forrest in their Evo IXs.

Heading the Scottish 2WD charge are Greg McKnight and Harry Marchbank, who sit an incredible fifth overall in the championship after two successive 2WD wins. It will take some effort to topple the in-form Escort Mk2 driver on his local stages, but plenty of drivers are up to that challenge.

Despite the power disadvantage, Duncan MacDonald and Neil Ross were pushing McKnight and Marchbank all the way on the Speyside before having to settle for second in their Escort. Paul McErlean and Niall McKenna are another Escort crew who have looked feisty this season, while Fraser MacNicol and Keith Boa can never be discounted. 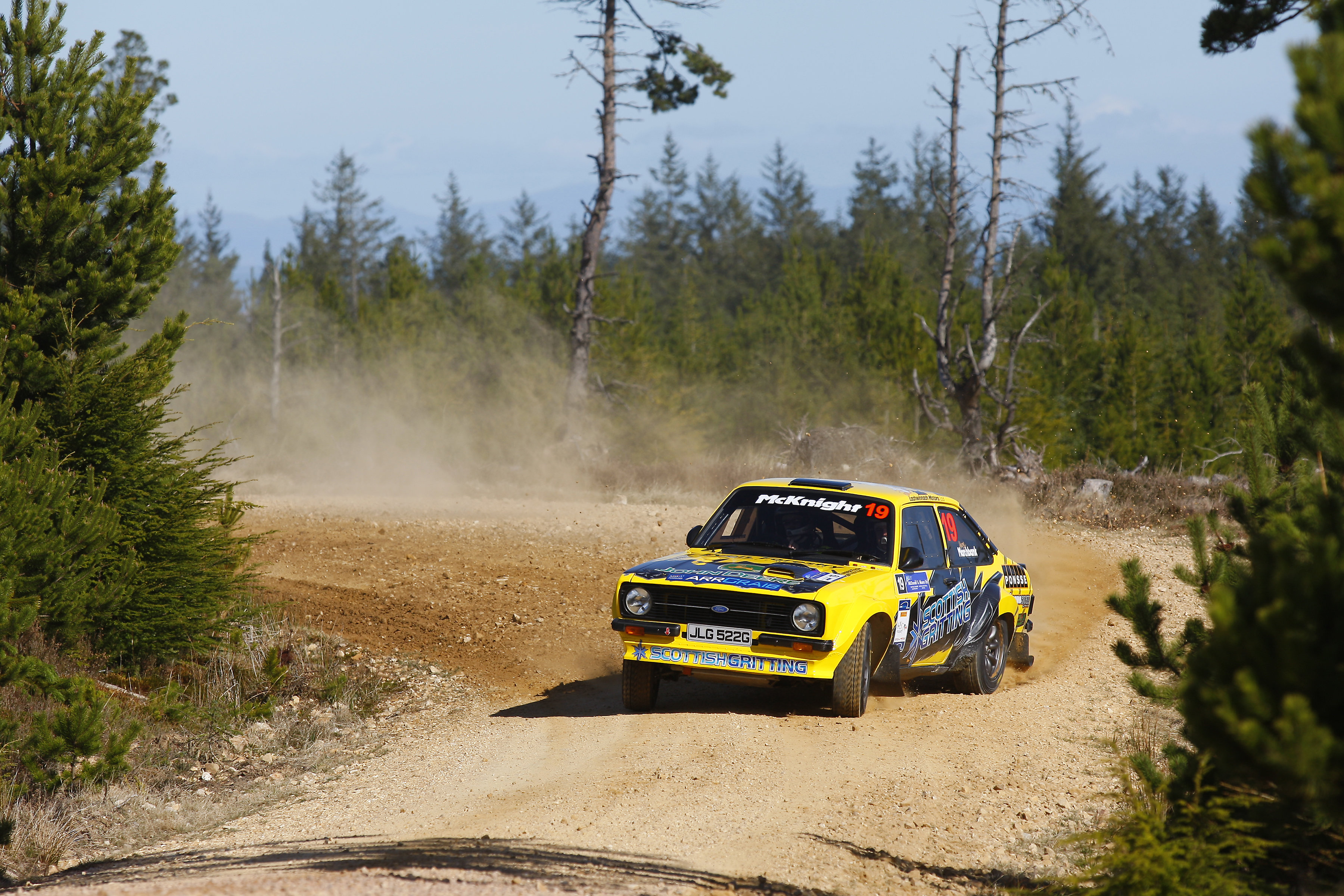 McKnight will be first car to take to the forests as the number one 2WD seed – Image: Lindsay Photo Sport

Iain Wilson and Chris Williams also make an exciting return to the SRC in their 2.3 litre Escort. Having got to grips with the car on gravel on the recent Pirelli Rally, all eyes will be on the former Impreza crew to see how they will fare against the SRC’s finest.

In the front-wheel-drives, Angus Lawrie is another to return to SRC action in his Vauxhall Corsa with Paul Gribben calling the notes. Keith and Kirsty Riddick are a potent and exciting partnership in their MG ZR, while Alex Pirie and Caroline Carslaw remain ones to watch with Pirie in the unique Skoda Felicia and Carslaw getting to know her Fiesta R2. Expect the top Junior runners of Tom Howie (Talbot Sunbeam), Alasdair Currie (Ford Fiesta ST) and Grant MacRae (Ford Fiesta ST) to also be in the mix.

Aside from all the individual class battles, there will also be the added incentive of receiving the third SRC John Horton Star Driver Award of the season. The judges will pick three contenders on the evening of the rally, before the winner being announced the following Monday. The victor will head to the end of season shoot-out along with Paddy Munro and Marty Scott in a bid to win a day’s tuition with two-time Scottish Rally winner Tapio Laukkanen.

The two-wheel-drive event begins at 8am and finishes at 1:30pm, with the four-wheel-drive event running three hours later from 11am – 4:30pm. The battle will be held over six special stages, totalling 43 miles of pulsating action in the Eskdalemuir and Beattock forests. 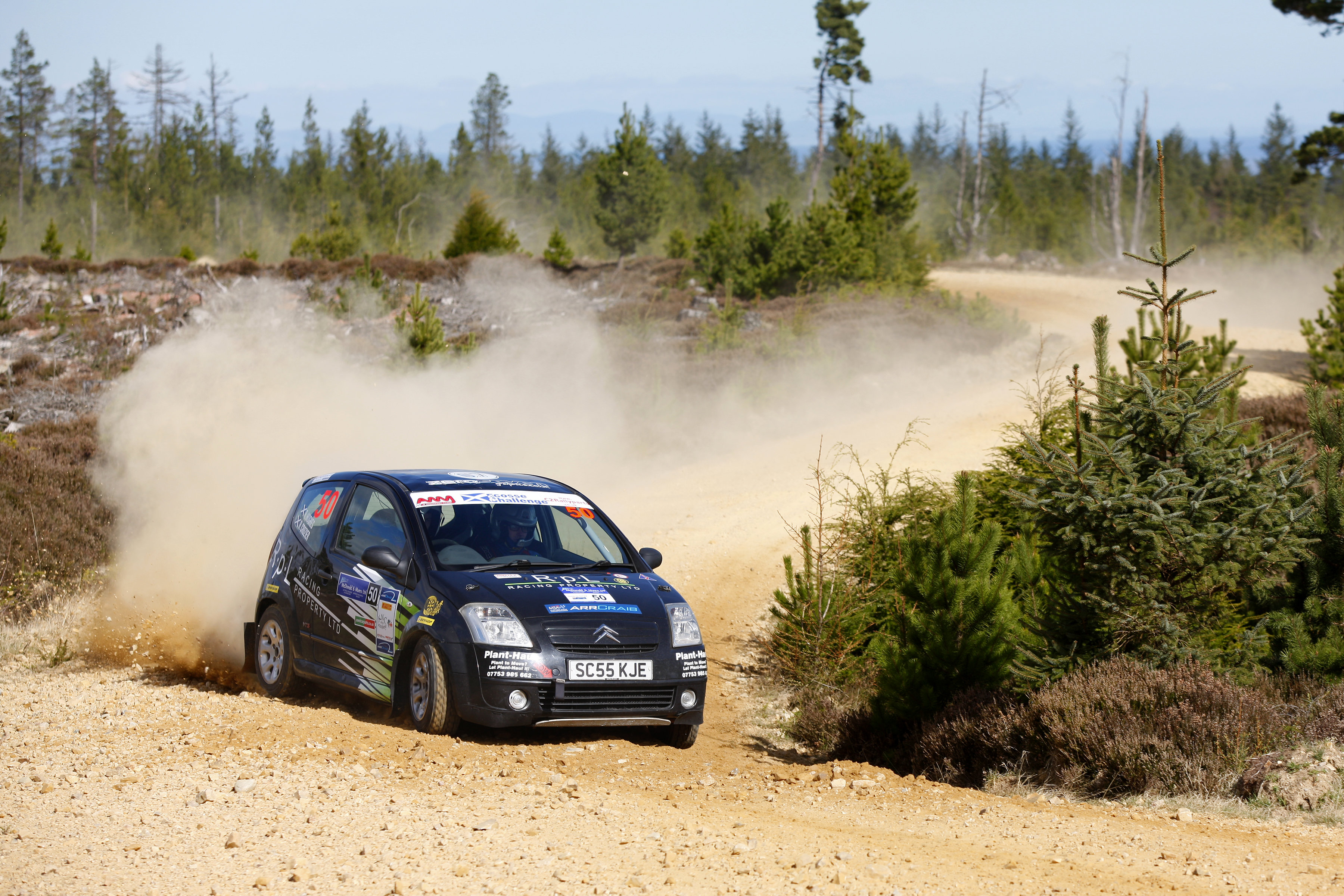