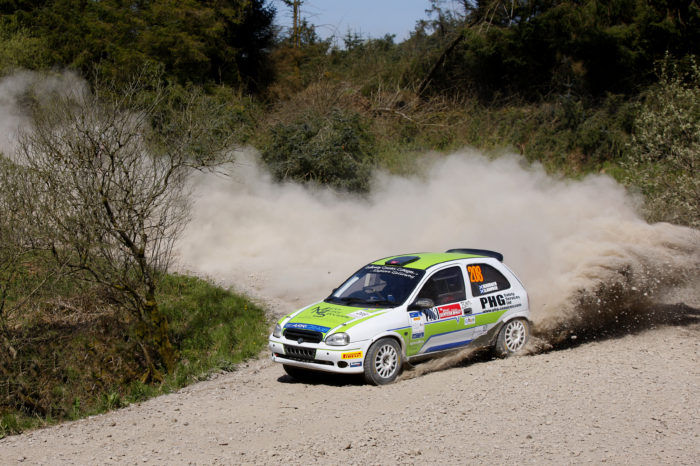 Lawrie powered his Vauxhall Corsa to fourth overall and second of the two-wheel-drive runners alongside Paul Gribben, all in just his second rally of 2018.

In scooping up the Star Driver Award for the Scottish, Lawrie becomes the first man ever to receive two separate nominations having contested the end of year shoot-out in 2017.

“Obviously we always go out giving 110% and looking to win, but I can honestly say this exceeded our expectations,” Lawrie said.

“It was a last minute decision to contest the event. As I was working away I only had one weekend to prepare the car, it’s very hard having a passion for competing and working. I’m very lucky to have fantastic people supporting me on events, the lads also give 110% so it’s really nice to give something back to them too.”

The Scottish Rally was unique to the SRC in that it ran two separate events for four-wheel-drive and two-wheel-drive cars, with Lawrie’s Class 3 Corsa running three hours before event winner David Bogie’s Skoda Fabia R5.

“The day was extremely enjoyable, I’ve always been an advocate for two-wheel-drive cars running first on the road,” Lawrie continued.

“This was one of the reasons Paul and I decided to do the event. The rally was fairly straightforward too with nothing major to report which is pleasing. To be this quick immediately is encouraging, so I’m hoping if we find another free weekend we can be out on more rounds besides the Galloway Hills which is my local event.”

The Castle Douglas driver is looking forward to this year’s shoot-out, with the chance of learning from 1999 British Rally Champion Tapio Laukkanen sure to develop his career.

“This year’s prize is a fantastic reward,” he said.

“I’ve been lucky enough to receive tuition before and can definitely confirm that what I’ve learned has showed in my driving. It’s also a great opportunity to learn and build on your experience for further competition.

“I used to watch videos of Tapio Laukkanen on tape. With his history and experience in front-wheel-drive cars similar to mine it would be a fantastic opportunity for me to further improve.”

Lawrie wasn’t the only victor in Lockerbie however, with several other drivers tasting success in the various classes within the SRC. 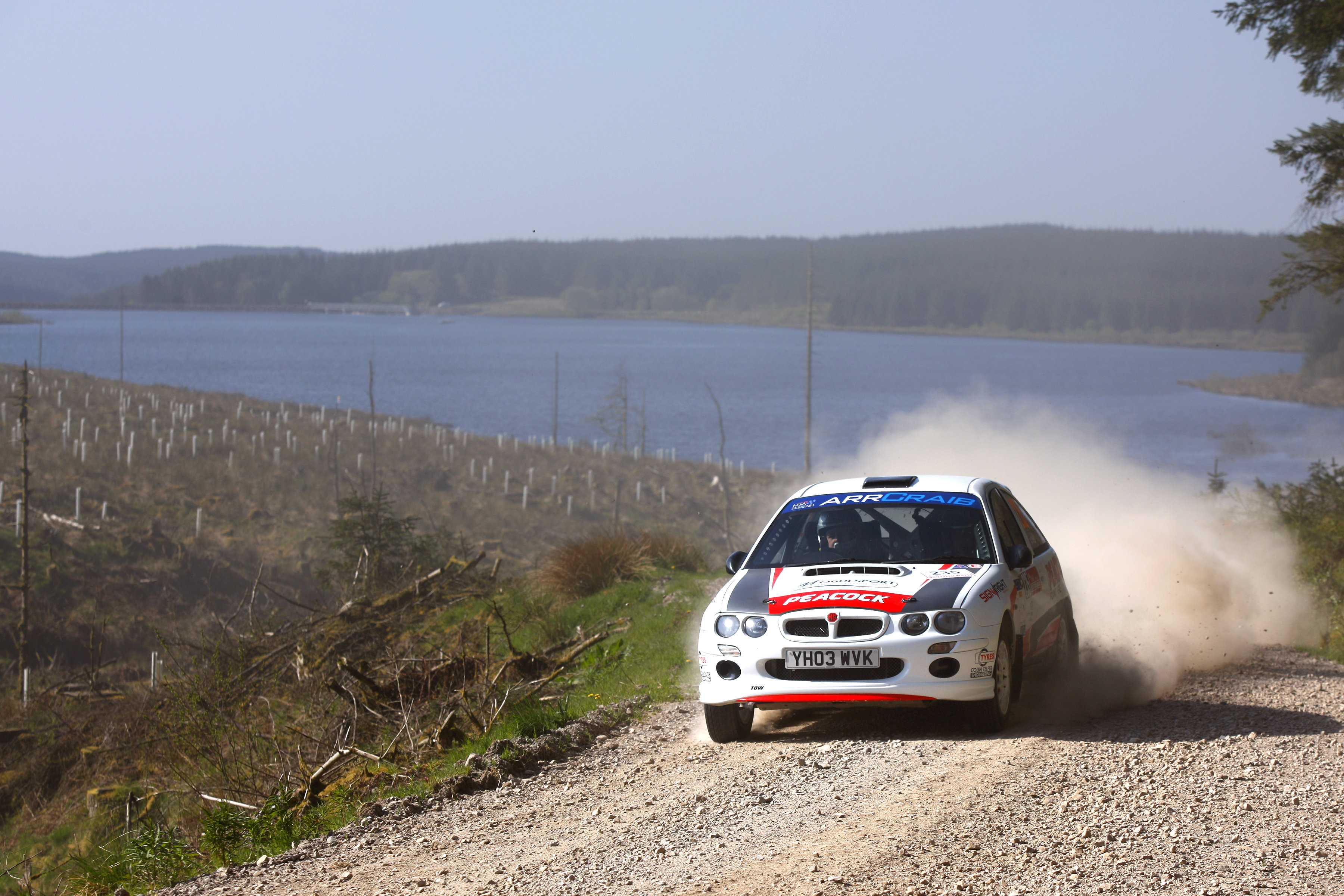 Scott Peacock and Robin Neil emerged as the winners of Class 1 in their potent MG ZR, edging out the similar car of Niall Cowan Jr and Thomas Bruce. Scott and David Sloan were looking for a strong result on stages close to their home but their Vauxhall Corsa broke down on the way to SS1.

Donald Peacock and Tom Hynd steered their Peugeot 205 to Class 2 victory, with Jamie Stewart and David Finlay second in the points in another 205. Class favourites Tom Howie and James Campbell both had to retire their Talbot Sunbeams with differing mechanical woes.

Lawrie and Gribben took Class 3 along with their Star Driver Award, beating the MG ZR of Keith and Kirsty Riddick to the spot by 50 seconds. Neil Coalter and Hannah Cessford took a well-earned third place in their Ford Puma after mechanical issues on the previous round.

Fraser MacNicol’s Ford Escort Mk2 arrived at the finish at the top of Class 4, with Sinclair Young alongside for the first time. Jim Robertson and Mike Curry came second in a similar car having loved every minute of their day. Douglas Watt and Mike Grierson were less happy however, retiring from the event on the first stage.

Maximum SRC points in Class 5  went to the fifth placed Ian and Sandy Milne in their historic spec Escorts. Ernie Lee and Cole Hastings netted second in their rare BMW 325i, ahead of David and Douglas Cameron in another Escort. 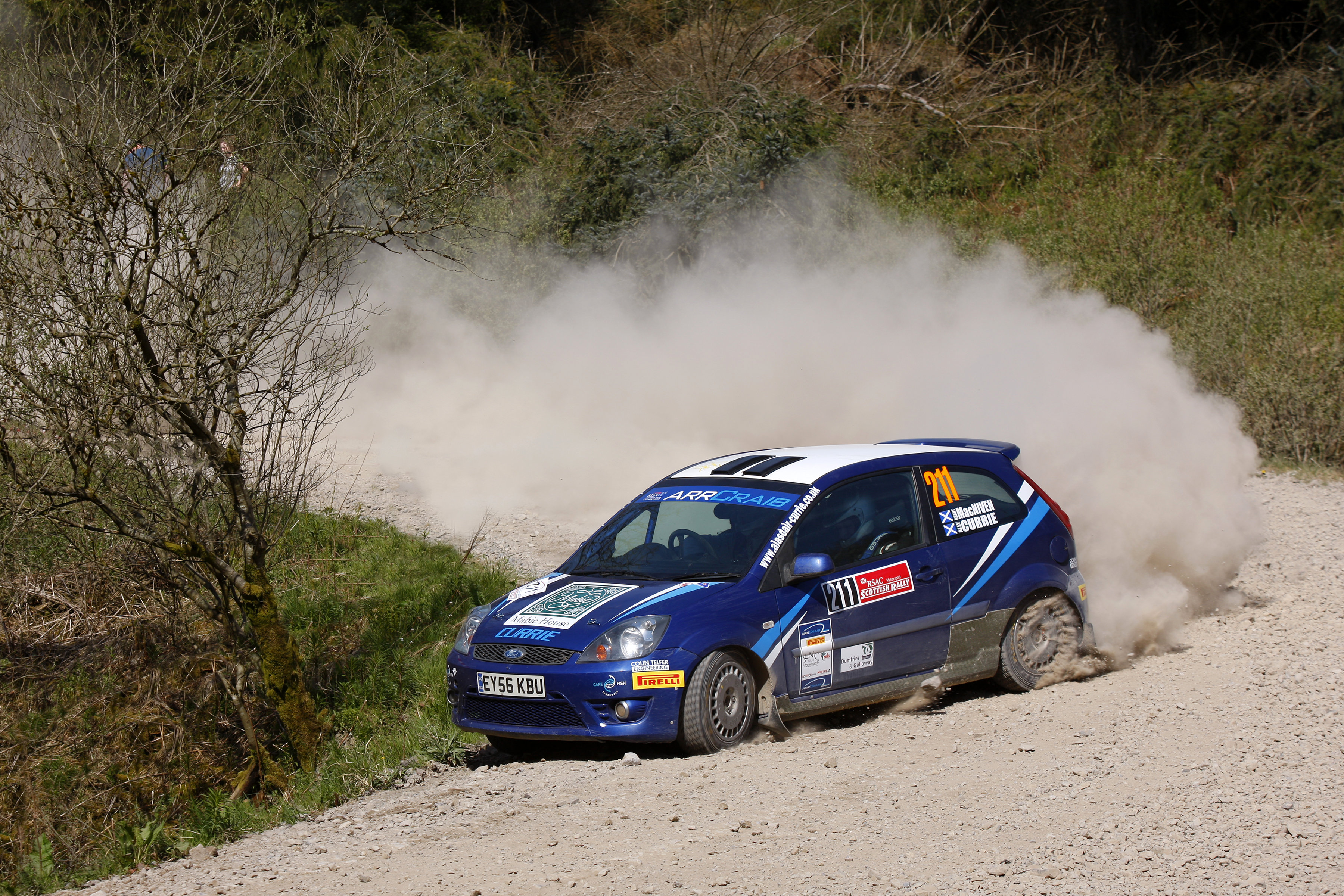 Currie put in one of the drives of the day to win Class 6 and the Juniors – Image: Lindsay Photo Sport

Ally Currie and Grant MacNiven put in an impressive drive to be the ninth fastest two-wheel-drive car in their Ford Fiesta ST, winning Class 6 and the Junior category in the process. Grant MacRae and Martin Bruce brought their similar car home second in class, with their charge being made easier with the retirement of Alex Pirie’s Skoda Felicia after SS2.

Duncan MacDonald and Neil Ross were expected to fly in Class 7, but ended their rally early with an accident in SS1. With Paul McErlean pulling out in the lead up to the event, the path was clear for Steven and Mary Wood to take the class in their unique rear-wheel-drive Ford Fiesta.

Greg McKnight and Harry Marchbank were the class of the two-wheel-drive field as they took their third Class 8 win of the year. Gordon Murray and David O’Brien took second in the points in their similar Escort behind the returning Iain Wilson and Chris Williams.

Michael Binnie and Claire Mole took the Class 9 win in their Mitsubishi Evo IX, ahead of Fraser Wilson and Craig Wallace’s Lancer. Ian Baumgart and Mike Dickson made sure Subaru were represented on the class podium with third in their Impreza.

Bruce McCombie and Michael Coutts continued their strong start to the season with a Class 10 victory in their Mitsubishi. McCombie’s brother Scott and co-driver Mark Fisher took second in class in another Evo IX with Jock Armstrong and Cameron Fair suffering two punctures to take third in class.

David Bogie and Kevin Rae won the event by over a minute, and in doing so also won Class 11 in their Skoda. The class podium was a replica of the outright rostrum, meaning Ford Fiesta R5 crews Mark McCulloch / Michael Hendry and Rory Young / Paul Beaton took second and third respectively.

The series heads to Dunoon in four weeks time for the fourth round of the season, the Argyll Rally. Once again crews will tackle close to 45 competitive stage miles but on some brand new tests this year as the SRC visits Argyll for just the second time in a number of years. 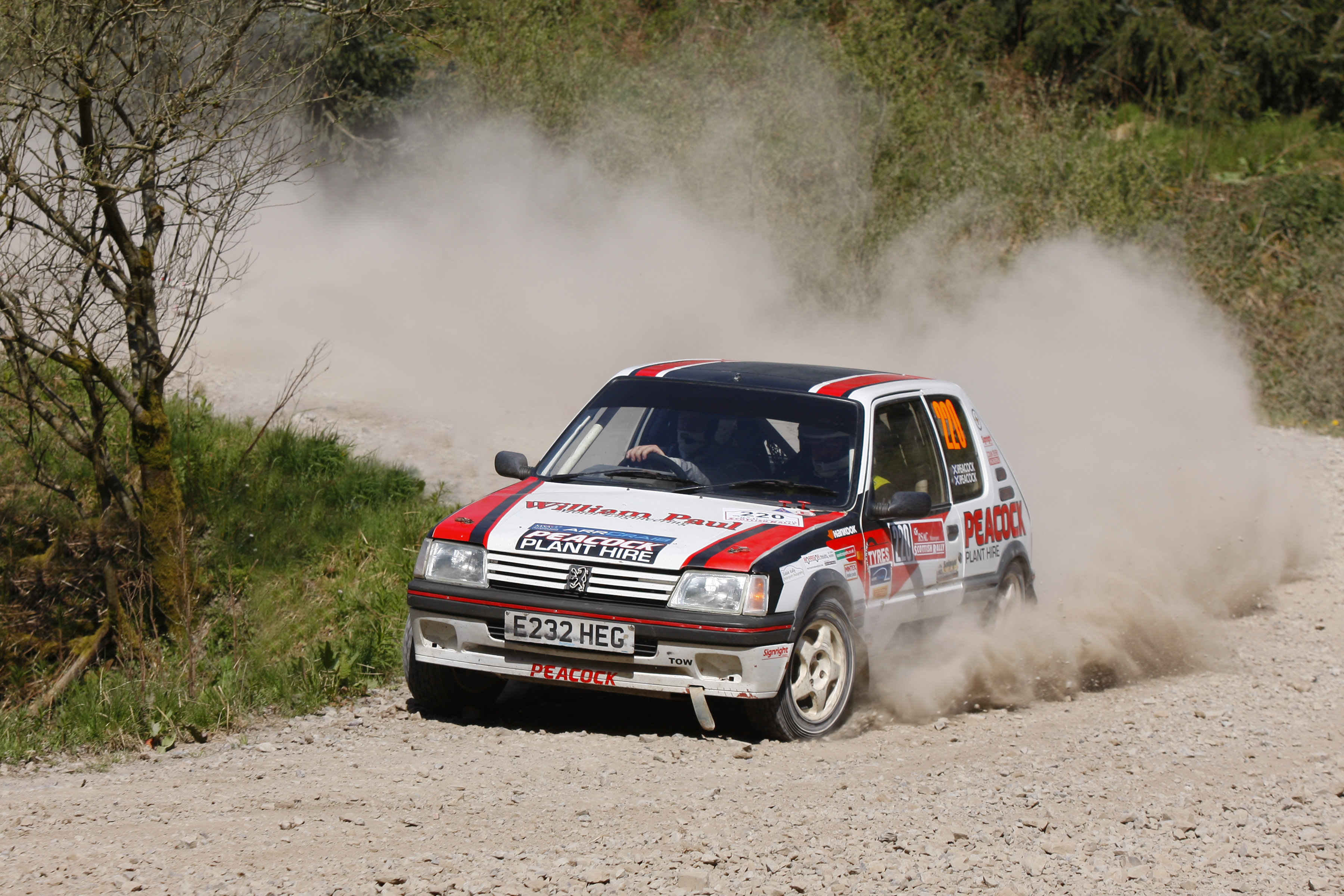 SRC next heads to Argyll for second year in a row – Image: Lindsay Photo Sport