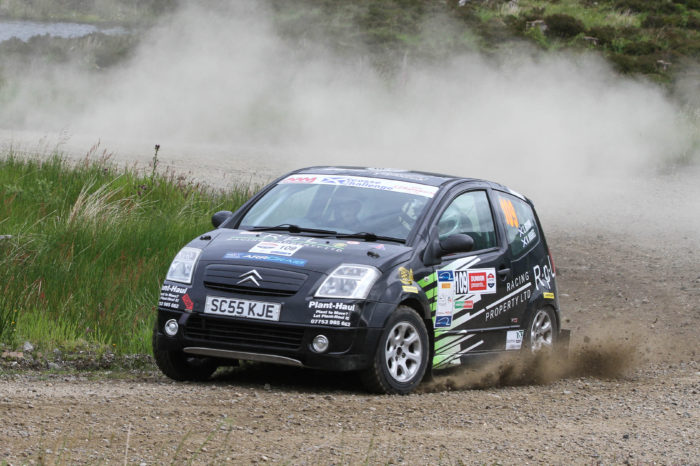 Ross Hughes has been named the winner of the SRC John Horton Star Driver Award for round four of the 2018 ARR Craib MSA Scottish Rally Championship (SRC), the Dunoon Presents Argyll Rally.

Hughes and co-driver Steven Brown were running inside the top 15 and second in their class before a gearbox issue ruled their Citroen C2 out of the event on the final stage. Despite competing in a vastly under-powered, their impressive stage times and determination to try and reach the end of the rally meant they were handed the fourth Star Driver Award of the season.

Hughes fought off competition from fellow nominees Ally Currie and Michael Binnie to join Paddy Munro, Marty Scott and Angus Lawrie in an end-of-season shoot-out for the chance to receive a day’s tuition alongside legendary British Rally champion Tapio Laukkanen.

“You don’t expect a prestigious award like this to come your way,” said a delighted Hughes.

“It was nice enough to be nominated at the Scottish, so I certainly didn’t expect this to come round again when you bear in mind who we are competing against, there are so many good drivers in the SRC.

“I am pleasantly surprised as we didn’t make the finish of the rally so it’s nice to see that our performance hasn’t been ignored. Everyone puts so much effort into this sport so it’s great to know that people are watching over our shoulders to see how we are getting on.

“It may be called the Star Driver Award but it’s so about so much more than the two names on the side of the car. Rallying is such a team sport with so much hard work going on behind the scenes, so a special thanks has to go to my co-driver Steven as you can’t go quickly without a good navigator. My mechanic Ian McCulloch also changed our driveshaft in 10 minutes at service which was unbelievable and we had lots of friends and family out supporting us so it was an amazing day.”

Hughes has only been competing for two and a half years, making his debut on the Border Counties Rally in 2016 with no real expectations. The opportunity to potentially receive tuition from anybody let alone a former national champion is therefore a rather appealing prospect.

“I’ve never been taught or shown any tips or tricks of how to go faster behind the wheel,” explained Hughes.

“To get somebody alongside you and tell you where you can improve can only push you onto that next step. We are always trying to go quicker but it’s getting harder and harder to find some more seconds without putting it in a ditch, so to get some tuition would be brilliant.” 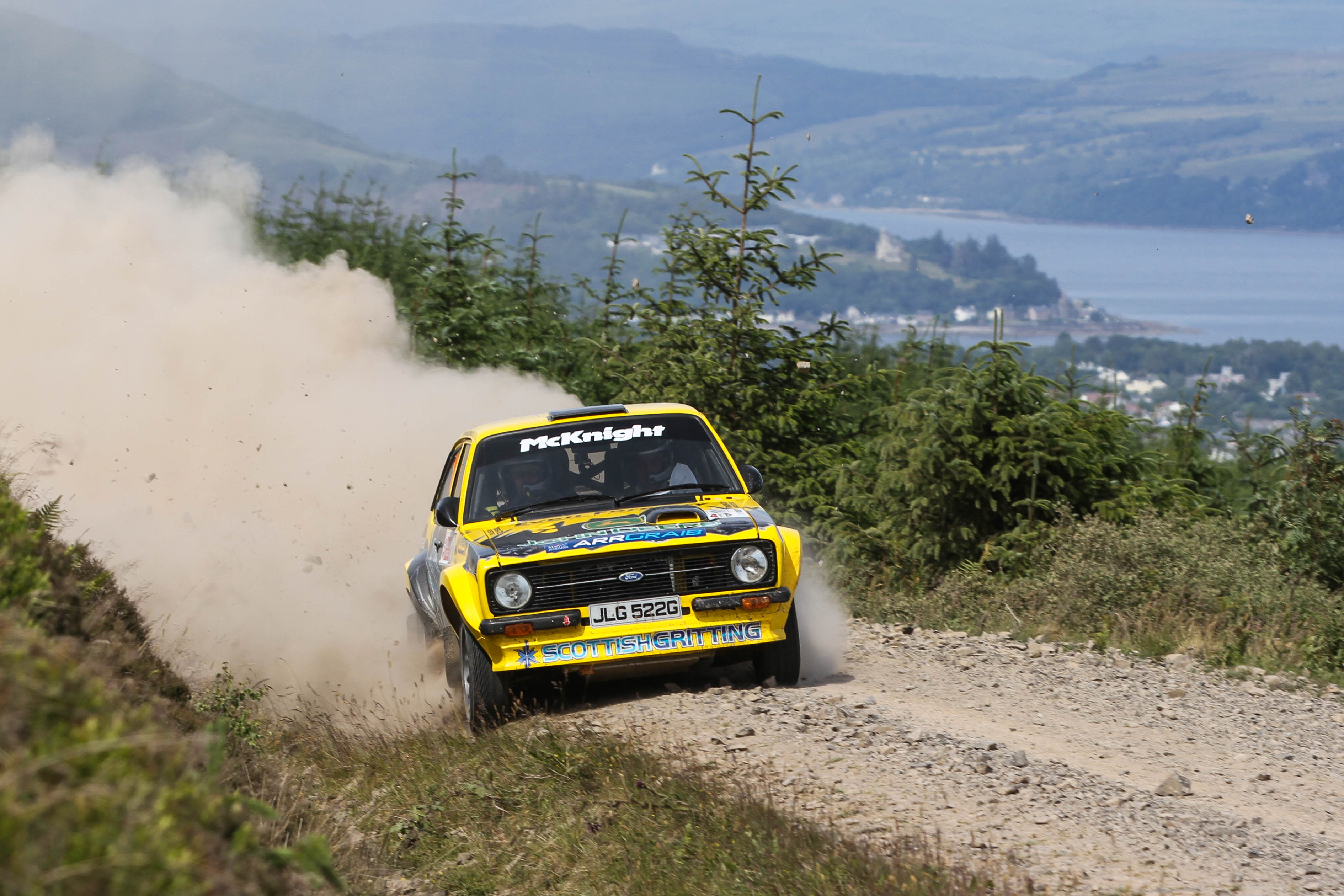 Hughes wasn’t the only driver with plenty to celebrate after the Dunoon Presents Argyll Rally, with many others tasting success in the classes.

Despite picking up several punctures throughout the day, Niall Cowan Jr and Thomas Bruce brought their MG ZR home first in Class 1. Rivals Scott Sloan / Shannon Turnbull, Scott Peacock / Robin Neil and Steven Crockett / Martin Henderson all failed to make the end of what was a tough event.

Tom Howie and Charlie MacKenzie netted the Class 2 and Junior win in their Talbot Sunbeam, with Jamie Stewart and Kevin Mollison grabbing second in their Peugeot 106. Donald Peacock and Albert Connelly were pre-event favourites but retired after SS3 with driveshaft woes.

Keith and Kirsty Riddick took a dominant Class 3 win in their MG ZR, with Nikki Addison and Rachel Matheson taking a superb second in their Peugeot 106. Ross Hughes and Steven Brown were poised to take second in class only for their gearbox issues to stop them in the final stage. 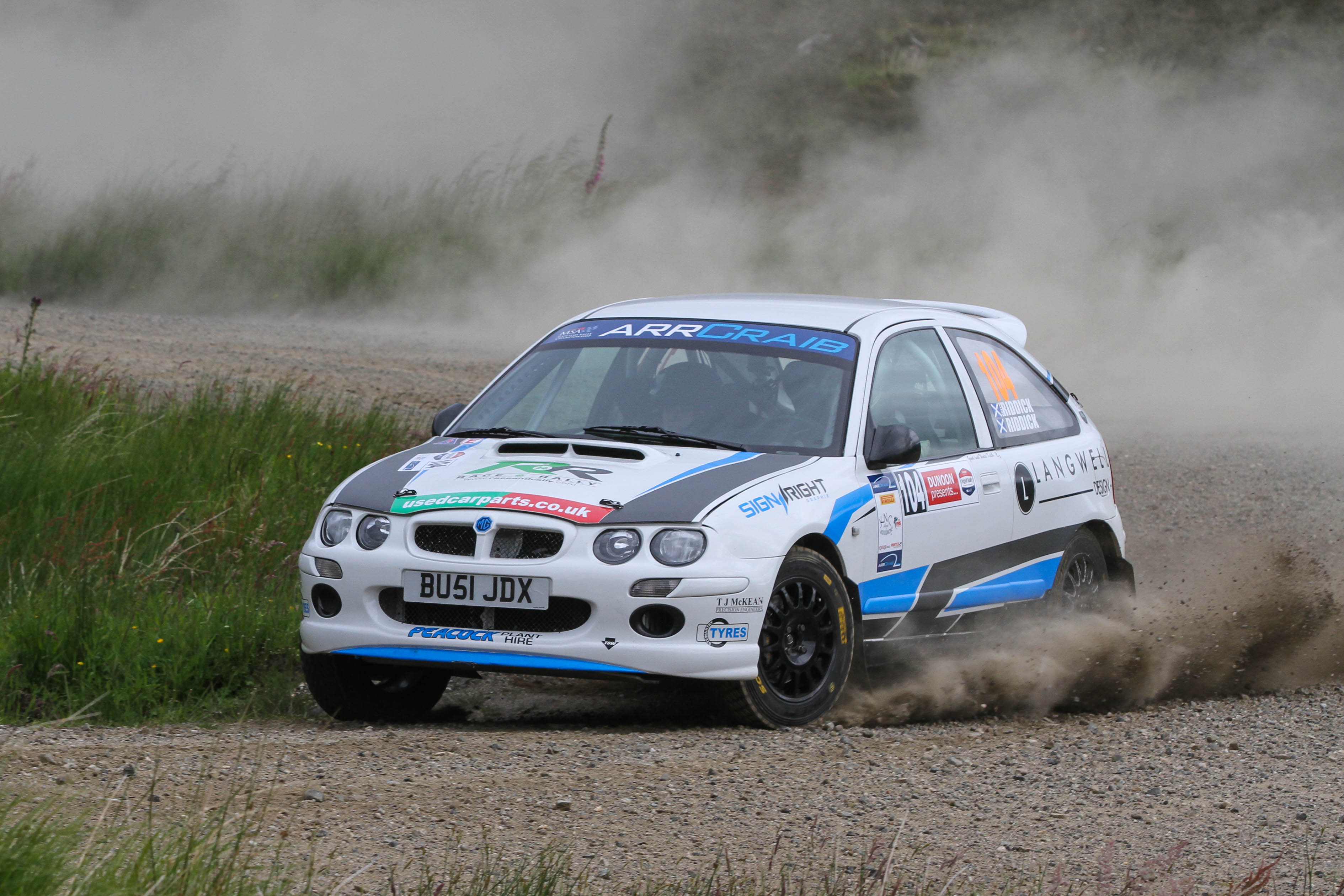 Fraser MacNicol and Andy Brown took another Class 4 win in their Ford Escort Mk2, edging out the similar car of Jim Robertson and Mike Curry. Douglas Watt and Mark Grierson made it an all-Escort podium with third in class.

David and Douglas Cameron took the historic and Class 5 win in their Escort Mk2, beating last year’s Class champions Ian and Sandy Milne who finished second in their Ford after incurring a 14 minute penalty.

Ally Currie and Grant MacNiven were battling Grant MacRae and Martin Bruce for the Class 6 honours, but both Ford Fiesta STs failed to make the finish with Currie breaking a steering arm and MacRae leaving the road in SS5.

Paul McErlean and Niall McKenna put in a strong drive to take the Class 7 win in their Ford Escort Mk2. Steven and Mary Wood brought their unique rear-wheel-drive Ford Fiesta home in second with John Brownie and Gordon Ritchie rounding out the podium in their Opel Kadett.

Greg McKnight and Harry Marchbank sealed a dominant Class 8 victory in their Ford Escort, beating the similar car of Gordon Murray and David O’Brien by over three minutes. Keith Robathan and Phil Sandam grabbed third in their BMW M3.

Michael Binnie and Claire Mole stormed to the Class 9 win in their Mitsubishi Evo IX, ahead of the similar car of John McClory and David Hood. Ian Baumgart and Dave Robson secured third in their Subaru Impreza.

Andrew Gallacher and Jane Nicol notched up the Class 11 win on their way to the overall rally win in their Ford Focus WRC. Donnie MacDonald and Jamie Edwards were a close second in their Ford Fiesta R5+ while Fred Milne and Abi Loudon took third in their Subaru Impreza S14 WRC.

The SRC now heads into its summer break with the overall championship and several other class battles finely poised ahead of the final two rounds in Banchory and Castle Douglas.

The next round of the SRC is the Grampian Forest Rally on Saturday 11th August. 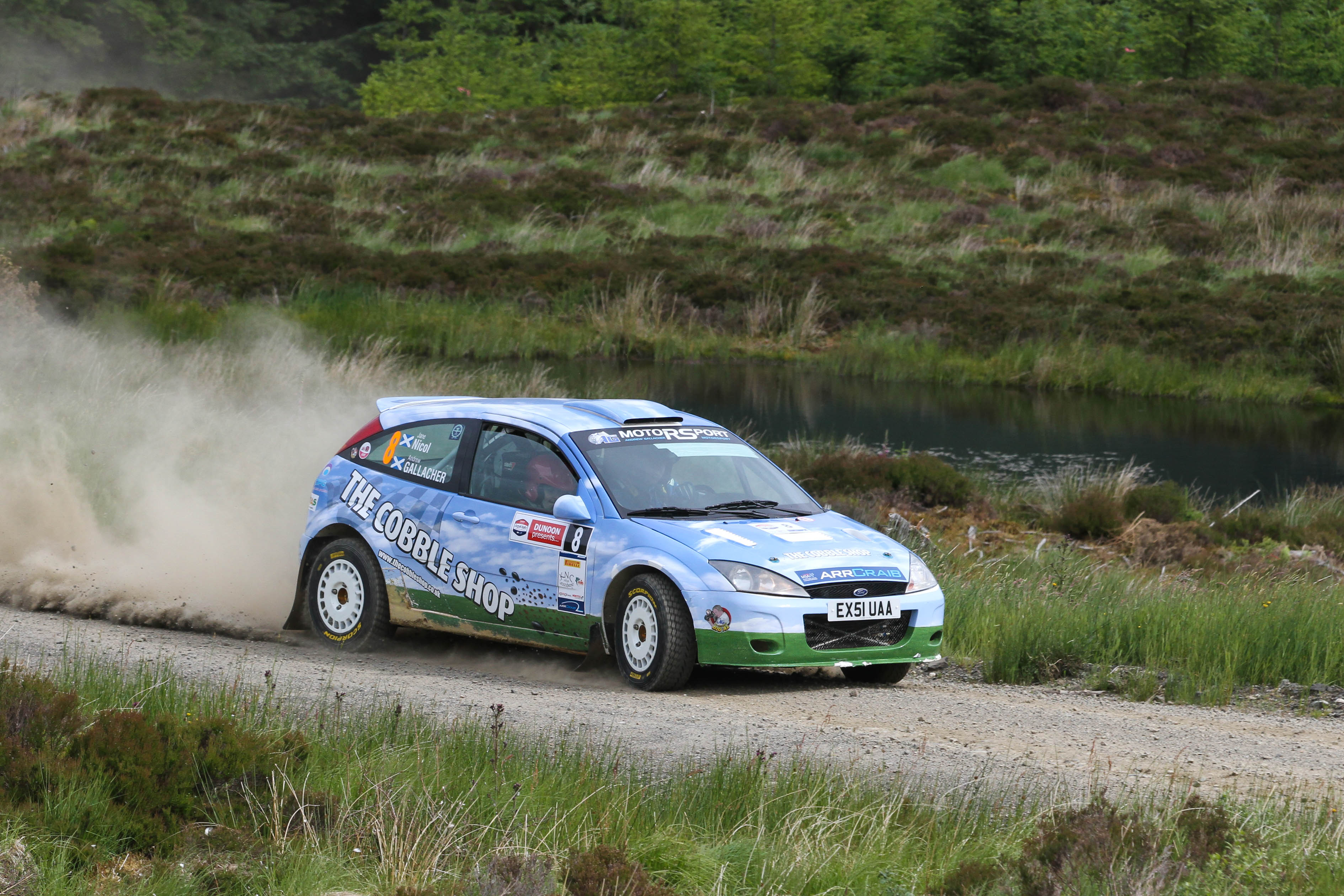