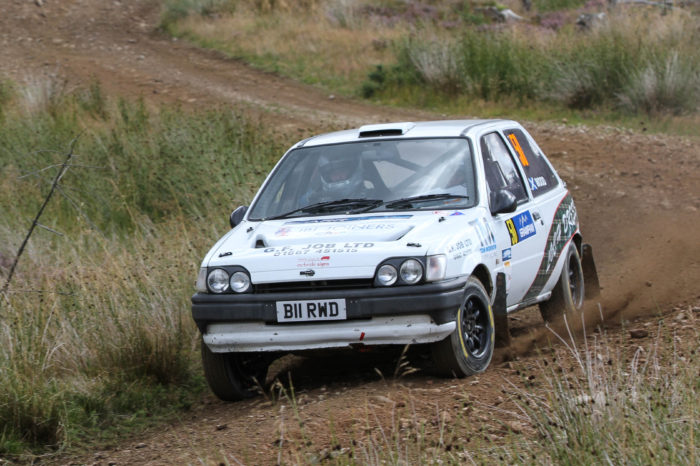 Wood, who drives a unique rear-wheel-drive Ford Fiesta, impressed the judges on the Banchory-based event with his consistent and impressive speed, finishing third in Class 7 alongside co-driver and wife Mary Wood.

Wood will join Paddy Munro, Martin Scott, Angus Lawrie and Ross Hughes in a shoot-out after the Galloway Hills Rally, with the winner receiving a day’s tuition with multiple national champion Tapio Laukkanen.

“I was absolutely delighted when I heard I’d received a place in the Star Driver Award shoot-out,” Wood said.

“This has been a real learning year for us with a new car, and on the Grampian it felt like so much came together in terms of confidence, both in the car and my co-driver.

“I always knew about this award and the final prize of a day’s tuition with Tapio Laukkanen. I feel honoured to have been picked out and can’t wait to see what I can do in the shoot-out.”

Wood has always been a fan of rallying, but bringing up a young family meant he didn’t get involved in the sport until he was close to 30 years old.

“I wanted to get a rally car before I could even talk, with photos and memories of my dad competing in the ‘70s and ‘80s,” Wood recalls.

“I did my first rally in 2007 after buying a car my mate was selling, and Mary came to watch as she didn’t have a clue about rallying. She fell in love with the sport, and has been my confidence ever since. We’ve tried to do one or two rallies a year since then but now our daughters are more self-sufficient, it’s been great doing a whole season and improving along the way.”

The Ford Fiesta RWD Wood campaigns is as different as it is quick, and is the perfect way to get the thrills of driving the iconic Escort Mk2 without the cost.

“The dream has always been to get a Mk1 or Mk2 Escort, but we saw the RWD Fiesta for sale at a fraction of the price at a very decent spec, and it kind of feels like an Escort when you’re driving it,” Wood explains.

“I know there’s more to come from the car so getting a day’s tuition would certainly help get me there.”

Wood may have been the happiest man the week after the Grampian Forest Rally, but there were plenty of drivers left celebrating success as they left Aberdeenshire.

Scott Peacock and Robin Neil took an important win in Class 1 as they look to close the gap to themselves and fellow MG ZR crew Niall Cowan Jr and Thomas Bruce in the championship. Cowan Jr ended up 27 seconds down at the finish with second in class, with Steven Crockett and Martin Henderson’s challenge ending early with an alternator issue aboard their Peugeot 205. 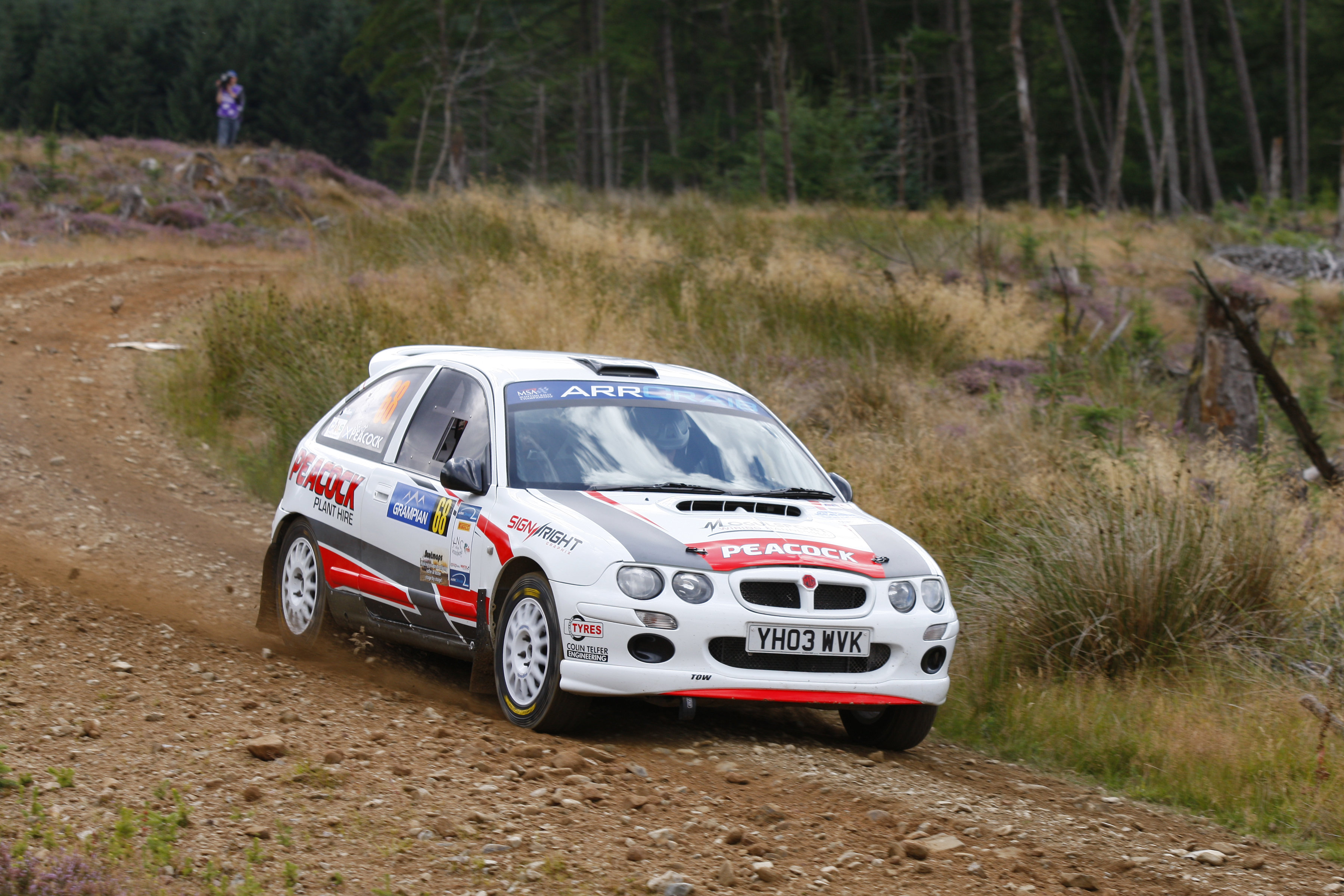 Class 3 was won by Ross Hughes and Steven Brown’s modest Citroen C2 after pre-event favourites Angus Lawrie and Finlay Retson both broke the bottom arms on their Vauxhall Corsa and Ford Fiesta R2 respectively. Making their debut in a Peugeot 208 R2, Scott and David Sloan netted second in class despite losing their front bumper, with Ryan Ingram and Stuart MacLean’s Honda Civic rounding out the podium.

John and Meghan O’Kane emerged as Class 4 victors in their Ford Escort Mk2, just 26 seconds ahead of the similar car of Fraser MacNicol and Graham Kelman. Douglas Watt and Mark Grierson made it an all Escort Mk2 podium with third in class.

Class 5 went the way of Ernie Lee and Ian Shiells in their unique BMW 325i, who got the better of the Escort Mk2 of Ian and Sandy Milne by 59 seconds. 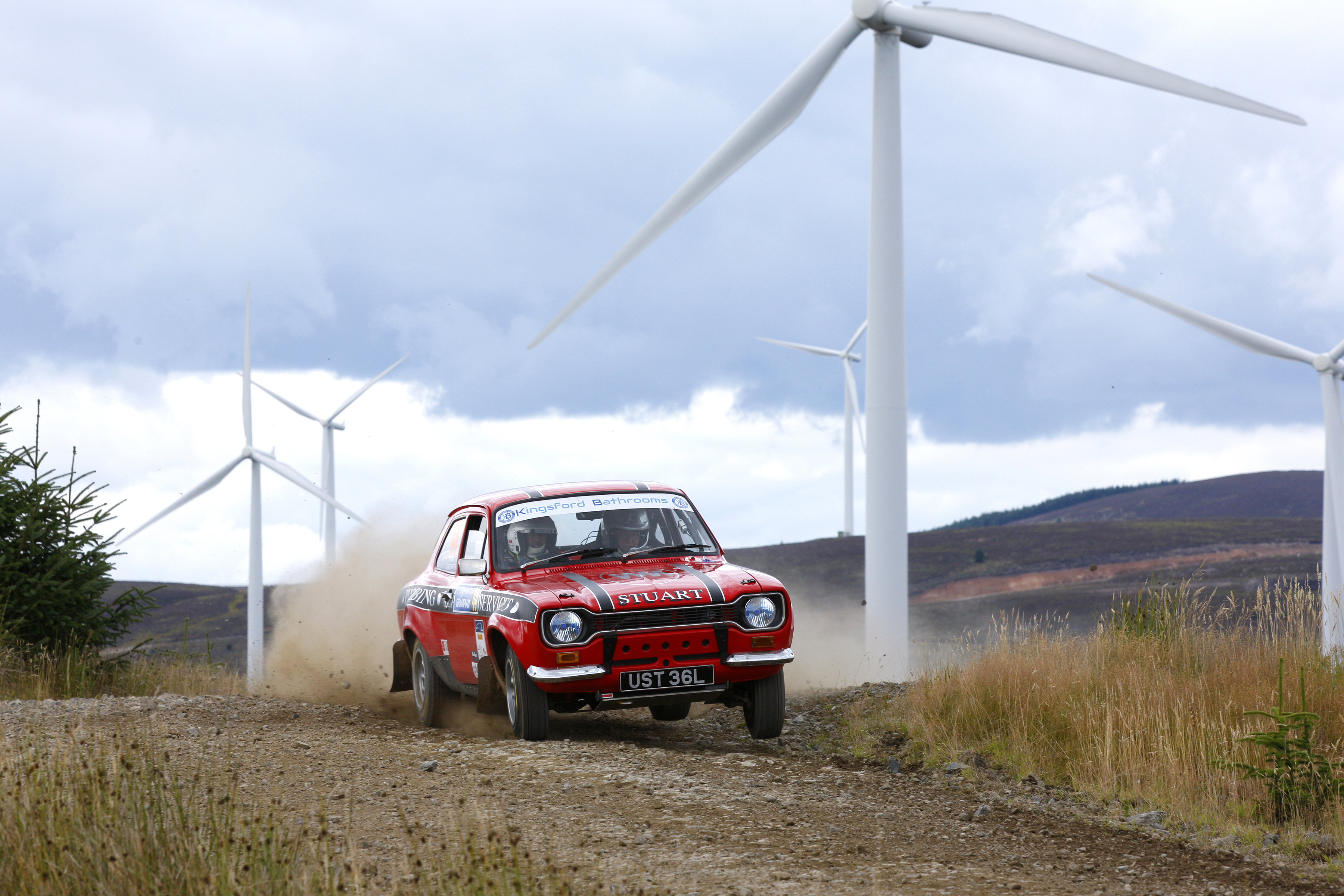 For the first time this season, Greg McKnight and Harry Marchbank failed to win Class 8, with the victory on the Grampian going to Gordon Murray and David O’Brien. The Escort Mk2 pairing finished ahead of the BMW M3 of Keith Robathan and Phil Sandham in second, with McKnight looking good for the win only for a clutch failure to force him out.

Michael Binnie and Claire Mole scooped the Class 9 honours in their Mitsubishi Evo IX, over a minute and a half ahead of Fraser Wilson and Craig Wallace’s Lancer. Ian Baumgart and Martin MacCabe ensured Subaru was represented on the podium, losing out on second by a mere six seconds.

Jock Armstrong and Cameron Fair took Class 10 in their Subaru Impreza as well as maximum SRC championship points with second overall. Bruce McCombie and Michael Coutts were second in an Evo IX, ahead of Mark McCulloch and Michael Hendry’s Subaru Impreza.

Garry Pearson and Dale Bowen contested their first ever SRC event together and marked it by netting the Class 11 spoils in their Ford Fiesta R5. Fred Milne and Patrick Walsh took second in their Subaru Impreza S14 WRC, ahead of the Ford Focus WRC of Andrew Gallacher and new SRC Co-Driver Champion Jane Nicol.

The battle to become 2018 Scottish Rally Champion rages on to the final round of the season in Castle Douglas however. Andrew Gallacher and Donnie MacDonald are both ready for one of the most important events of their careers next weekend, as the duo prepare to fight it out for the title. 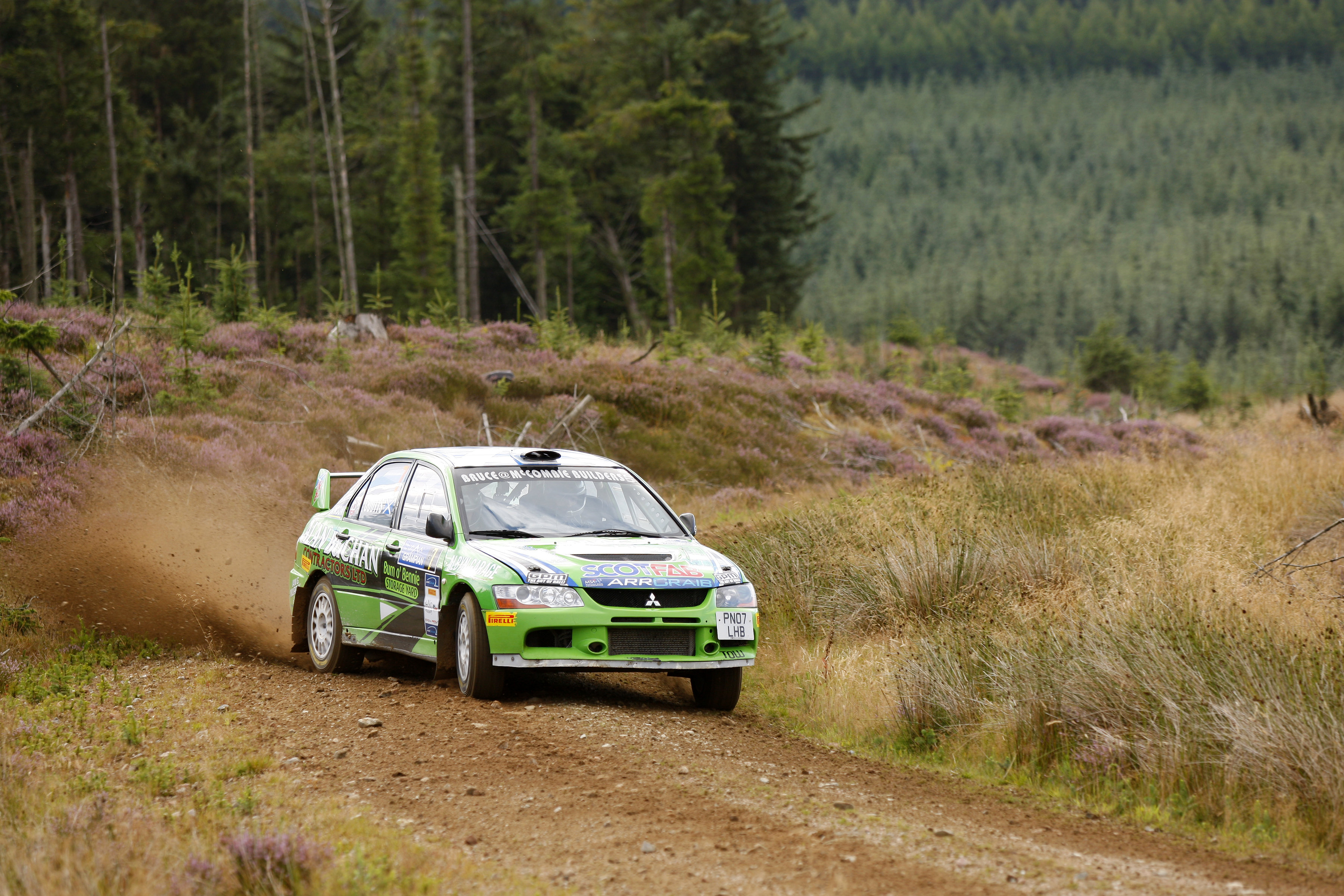 McCombie has been one of the star performers of 2018 – Image: Lindsay Photo Sport