Collie returns to SRC for a full season in bespoke Evo 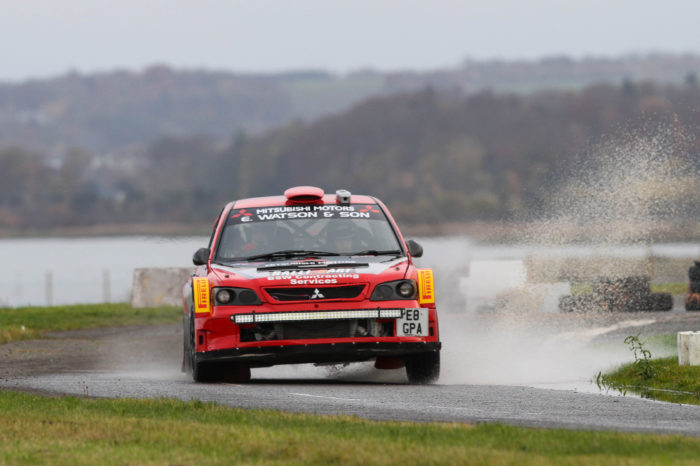 Collie’s last full season in the SRC was back in 2013 where he competed in a Mitsubishi Evo VI, taking a fine second place on the Granite City Rally – now Grampian Stages – on his way to eighth in the championship.

Since then he has made sporadic appearances in that same Evo, a Peugeot 205 and a Subaru Impreza so is excited to get his teeth into a full campaign. He will be co-driven by Aberdeen’s Gary McDonald in 2019.

“We’ve got a car sorted and I’ve got a few sponsors onboard that are enabling me to do this, so it’ll be good fun,” Collie said.

“It’s a pretty high-spec car, and to be honest it’s going to be the quickest car I’ve been out in on gravel. My Evo VI that Simon Hay has now got, that was a good car but it didn’t have the sequential box or active diffs, so it’ll be interesting to see how this one compares.”

Despite the upgraded machinery, Collie is under no illusion that it will be easy to start winning on his return to the Scottish forests.

“In terms of a person I’m competitive by nature but I’m also realistic, I’ve been out for that long,” he continued.

“Looking at the entry list that’s starting to pile up for the Snowman you’ve got [David] Bogie and [Euan] Thorburn back out, Jock [Armstrong] is there, Bruce McCombie is in a Focus WRC this year, then there’s  Lawrence Whyte, John Wink, Donnie [Macdonald] in the R5s and the likes of Michael Binnie, Scott Macbeth, Simon Hay and SRC veteran Barry Groundwater in other Mitsubishi’s so it’s a big ask.

“The calibre of drives in the SRC is excellent. If I can get anywhere near  the top ten it will be an amazing result.  I’m going to hopefully get a run out in the car next weekend and see how it drives which should help us.”

The Coogie Urquhart Snowman Rally, round one of the 2019 SRC, has a fearsome reputation for its unpredictable nature. Collie says he is looking forward to that challenge.

“The Snowman can be a lottery with the weather, you just don’t know what you’re going to get, it’s like our very own Monte-Carlo!” he joked.

“You can be on decent, predictable gravel on the one stage and you drive onto the next and it’ll be snow and ice, but that’s always the fun of it.”

Collie’s presence in the SRC service park is set to benefit his fellow competitors, as through his sponsor Gibb Tools, all registered SRC drivers will receive a 10% discount on all Teng Tools products such as jacks, guns, sockets and ancillaries that are available in the van which is accompany the team on all seven events.

Collie and Rob Wood from Gibb Tools Teng Van are also working on an end-of-season award that will be announced in due course.

Entries remain open until Saturday for the Coogie Urquhart Snowman Rally, and can be made here.