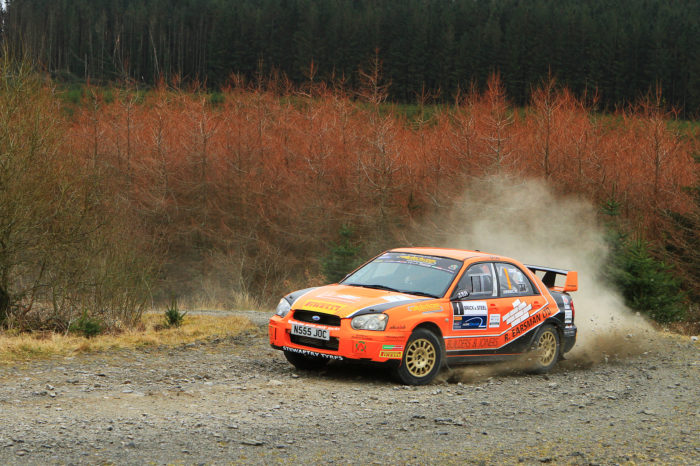 The 2019 KNC Groundworks Ltd Motorsport UK Scottish Rally Championship (SRC) gets underway next weekend with Jedburgh’s Border Counties Rally, and if it’s anything like the 2016 event, we are set for an absolute thriller.

Three years ago the SRC headed to Jedburgh with an unfamiliar look to it. Defending champion Jock Armstrong had struggled in the treacherous snow of the Snowman Rally, with Donnie MacDonald beginning the rally as championship leader thanks to a maiden SRC win in Inverness.

Dale Robertson and Mark McCulloch had made it an all-Evo podium on the season opener, with the Fiesta R5s of John MacCrone and Garry Pearson bagging solid points finishes rather than setting the times alight as they were expected to.

The final gap of seven seconds between MacDonald and Robertson had been considered exceptionally close, but that was nothing compared to what was in store on round two.

Keen to make a point after finishing 15th on the Snowman, Armstrong was quickest out the blocks in his Subaru Impreza, two seconds quicker than Shaun Sinclair’s Ford Focus WRC.

Another scratch time on stage two affored Armstrong a seven second lead which he extended to 11 at half-distance.

Sinclair and Garry Pearson’s Ford Fiesta R5 were beginning to squabble for second; Pearson getting the better of Sinclair on stages two and three to close to within five seconds of his rival and 16 down on the rally leader.

Stage four would be surrendered by Armstrong, with Sinclair nibbling three seconds out of his lead as Pearson slipped a further second back overall. Armstrong’s advantage was now eight seconds with Pearson 17 in arrears.

Two stages remained, and on his home turf, Pearson began to turn up the wick.

Blasting through the penultimate stage eight seconds faster than the next-best Armstrong, the Fiesta driver surged into second place, only nine seconds behind the defending champion.

Pearson attacked the final stage with the same vigour he did the previous, beating both Sinclair and Armstrong through the stage to slash the leader’s advantage.

Sinclair dropped six seconds to Pearson to finish third overall and seven seconds shy of the win, while incredibly, Pearson had broken Armstrong’s lead down to nil. Both men finished on an overall time of 41m17s.

Armstrong was handed the outright victory on a tie-break courtesy of his quickest time on the opening stage of the rally, claiming the extra two championship points to boot.

The battle between Armstrong and Pearson raged throughout the season, with the title swinging Armstrong’s way on the very last stage of the season as he took victory on the Galloway Hills Rally as Pearson’s engine blew.

Given Armstrong scored 143 points throughout the season to Pearson’s 142, it’s easy to realise how vital that Border Counties result was.

Both men will tackle this year’s event with the target of winning, setting them up nicely for a title attack in 2019.