Thorburn doubles up with Speyside success 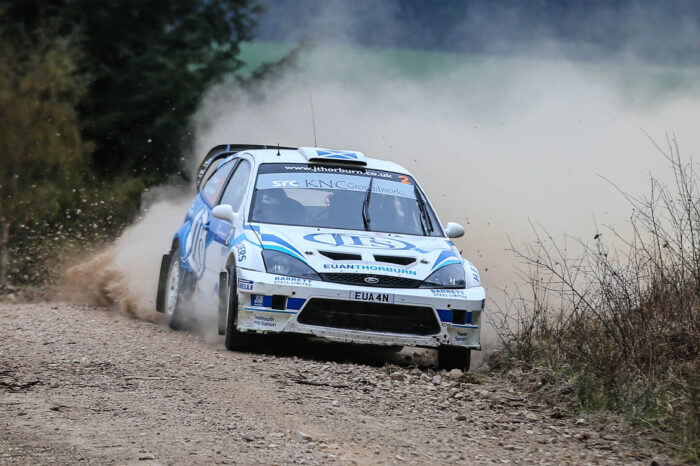 Driving their Ford Focus WRC05, the pair backed up their Border Counties win with success on the Morayshire stages, eventually earning a winning margin of 41 seconds over Jock Armstrong and Cameron Fair.

Despite the comfortable margin, Thorburn was made to work hard for his victory with five-time champion David Bogie and Fiesta R5 pilot Garry Pearson taking up the charge early on.

However when the action headed into the forests, Thorburn had stolen that time back, drawing level with the Skoda Fabia R5 driver at the end of stage three.

Bogie then responded and eked ahead in stage four to maintain a gap of around 10 seconds heading into the afternoon, only for his steering rack to break in stage eight.

Bogie, who was chasing a 10th Speyside win, was forced to retire on the spot, leaving Thorburn clear to take his fifth win from as many starts in his new car.

“We thought we had the chance to win, but obviously David [Bogie] knows this rally like the back of his hand and he’s won it so many times,” said a delighted Thorburn.

“We had problems this morning with the brakes and once we got those cured we had a bit of a push. We got a puncture in stage seven but we kept the pressure on and were there to pick up the pieces.

“The car was amazing, it’s just a privilege to drive. And the stages were amazing like they always are up here.”

Speaking about his 100% win record so far in 2019, Thorburn said: “When we started the year we didn’t expect to win a rally so quickly, so to have five in a row is quite unprecedented, but obviously we’ll take it!” 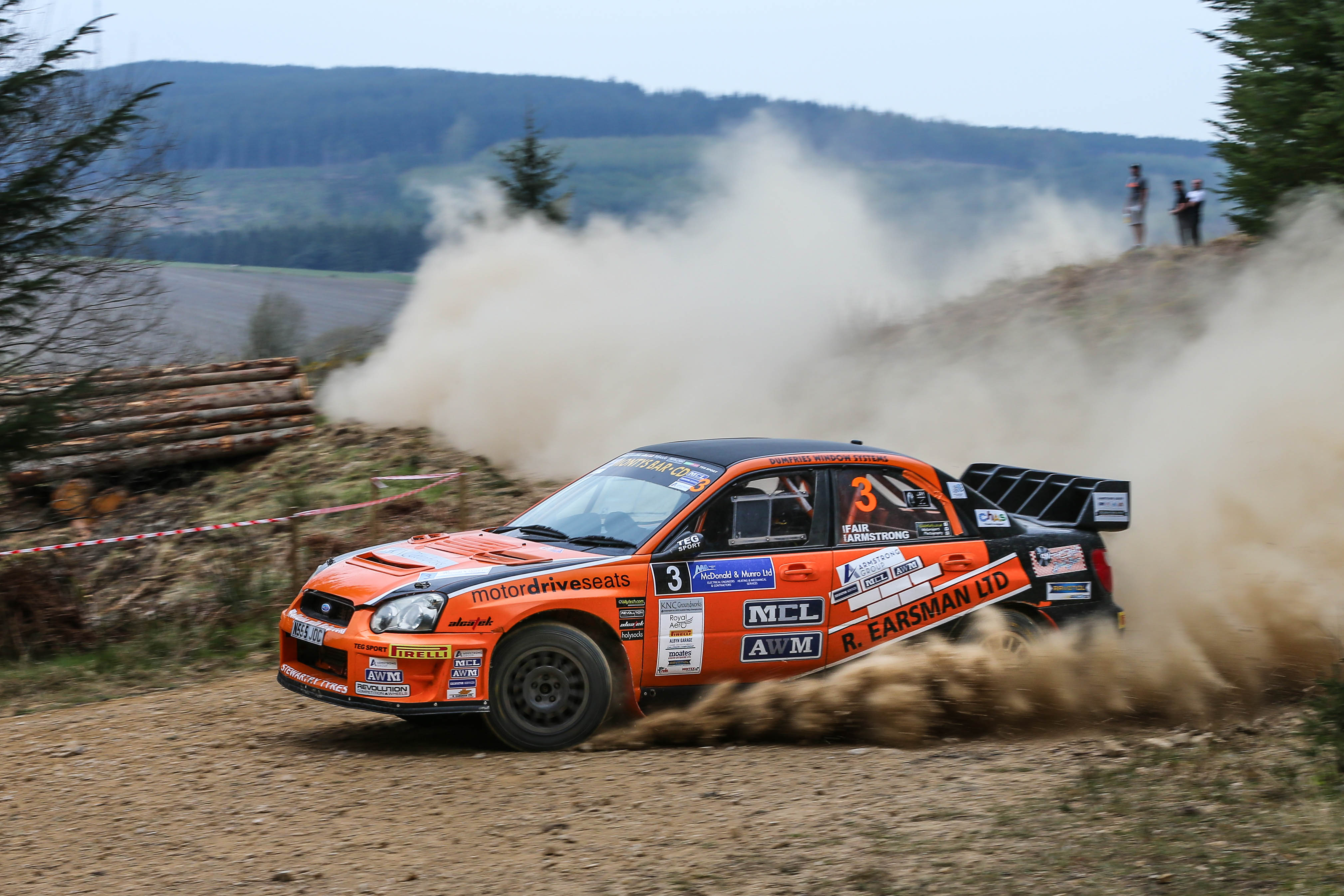 Armstrong and Fair had been running fourth for most of the day, but profited from Bogie’s late drama and problems for Pearson too.Pearson and co-driver Dale Bowen had been running third, with a fastest time on stage five, only to crash out two stages later.

Armstrong was happy to pick up second place, despite not being able to challenge Thorburn on outright pace.

“We’re a second a mile slower than Euan, but with the comparison between our cars that’s not too bad,” Armstrong said.

“Euan’s on a roll. He’s contesting the BTRDA currently and doing well down there too so he’s flying the flag for Scotland that’s for sure. I’m quite happy to be second to him.”

Freddie Milne took third for the second consecutive rally, fending off Michael Binnie for the spot in what was déjà vu to the Border Counties.

“It’s just a shame we’re not getting it [the podium] naturally, we’re profiting from others misfortunes. We were trying on that last one, so Michael must have really been trying as we got equal times. But it was good fun.”

Binnie meanwhile quipped on his own performance: “That’s not bad for a farmer!” 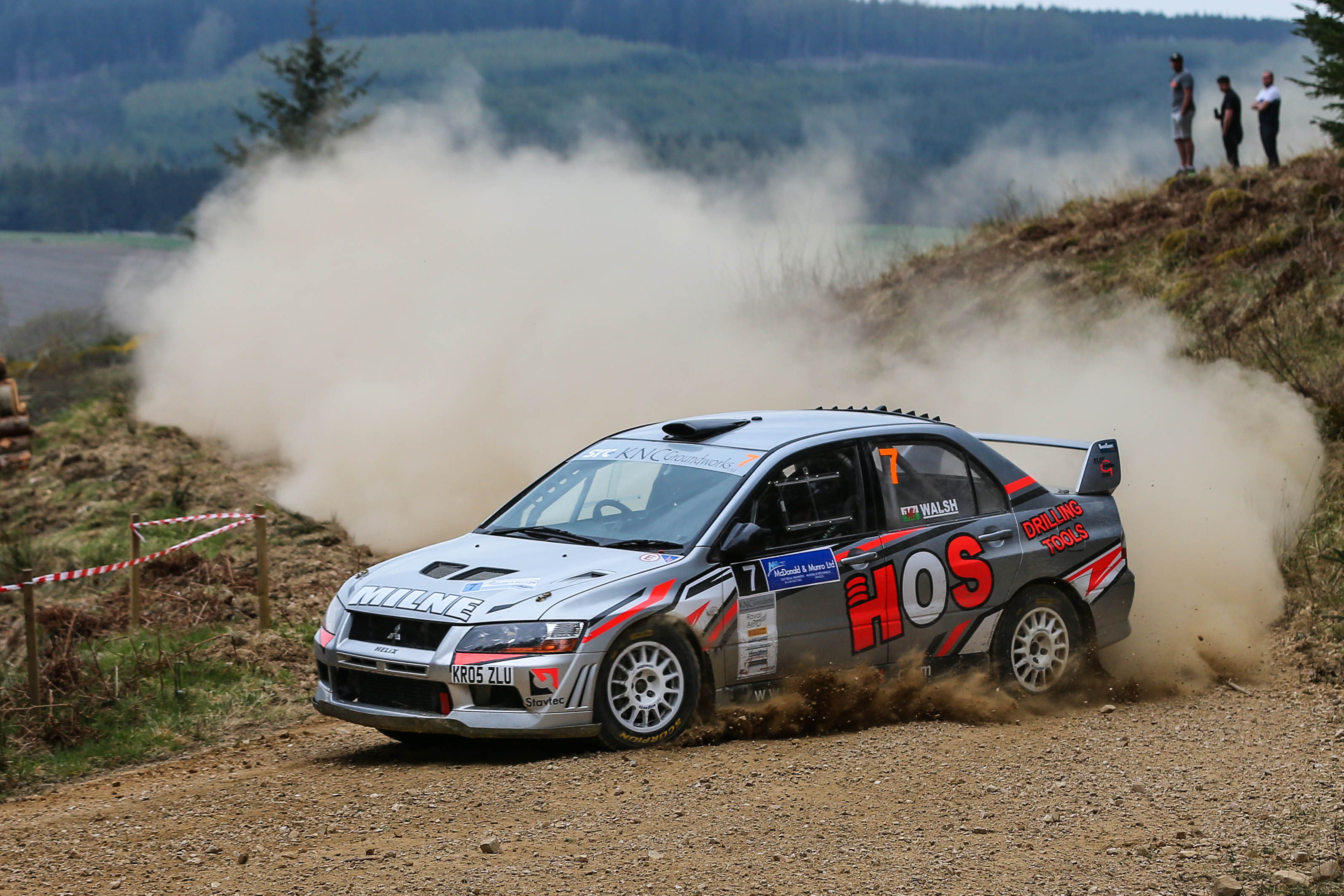 John Wink and John Forrest scored some solid championship points with fifth overall in their Hyundai i20 R5 following their retirement on the Border Counties. The local crew were just six seconds shy of Binnie’s Mitsubishi.Bruce McCombie and Michael Coutts guided their Ford Focus WRC to its first ever finish with sixth overall on the Speyside. The pair battled with start-line issues all day however with several stalls, unsure if there was something amiss with the clutch or if McCombie just wasn’t quite used to the WRC.

Chris Collie and Gary McDonald took their first SRC top 10 since their four-wheel-drive return, picking up seventh in their Mitsubishi.

Thomas Gray and Harry Marchbank picked up where they left off on the Border Counties with another eighth place overall in their Evo IX, a narrow three seconds ahead of the returning Marty Scott and Daniel Forsyth.

Keith Morris and Terry Mallin rounded out the top 10 in their older Lancer.

Scottish 2WD Championship honours went the way of Duncan MacDonald and Neil Ross, with a superb drive to 13th overall in their Ford Escort Mk2.

Keith Robathan and Steven Brown netted second in their BMW M3, ahead of Mark McCulloch and Michael Hendry who were making their rear-wheel-drive debut in another BMW.

Thomas Gray was the victor in the Albyn Garage Challengers series, fending off the advances of Marty Scott’s similar Evo IX. Morris completed the podium. 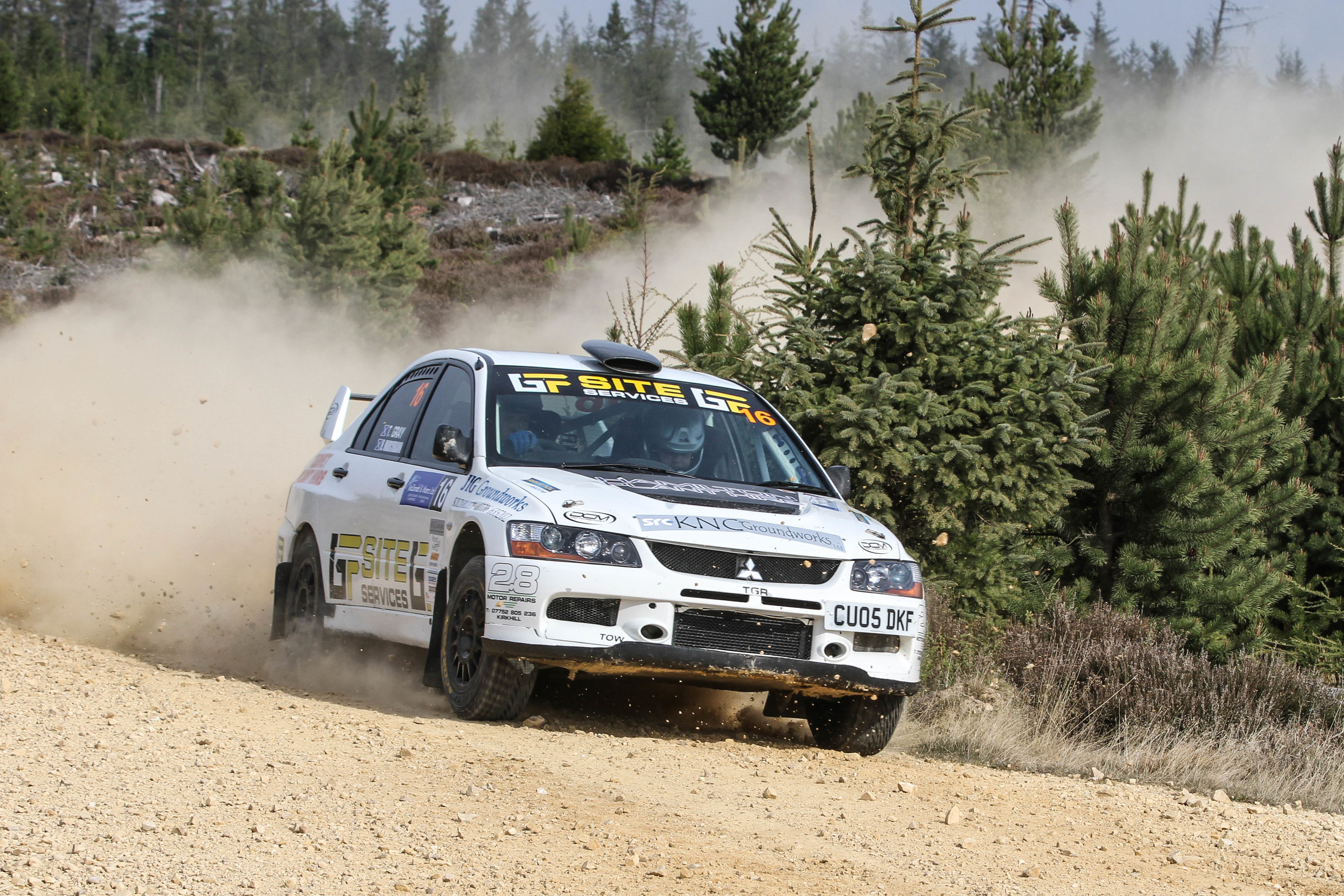 With two rounds completed, Euan Thorburn has opened up an early championship lead thanks to wins on both rounds. However, with four rallies still remaining it is all still very much to play for as the SRC speed into Lockerbie for the RSAC Scottish Rally next month.