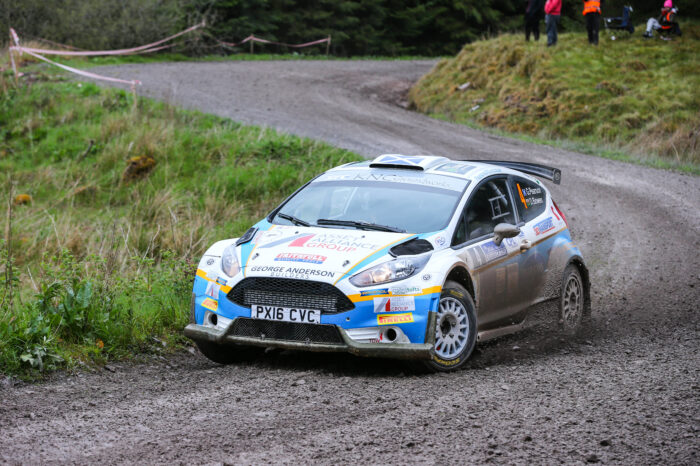 Double SRC champions Euan Thorburn and Paul Beaton head into the event with targets glued to their backs courtesy of two event wins from three, but there are plenty of pretenders vying to stop them in their tracks.

Since returning to the SRC calendar in 2017, the winner in Argyll has gone on to win the championship, so the omens are in place for the eventual victor on Saturday.

It’s a dangerous statistic if you’re anyone other than Thorburn and Beaton, who are currently in prime position to claim their third SRC title at the half-way point of the season.

Thorburn and Beaton will fancy their chances in Argyll though. In their Ford Focus WRC05, they’ve had a near flawless start to their season with six event wins from seven starts across two championships. 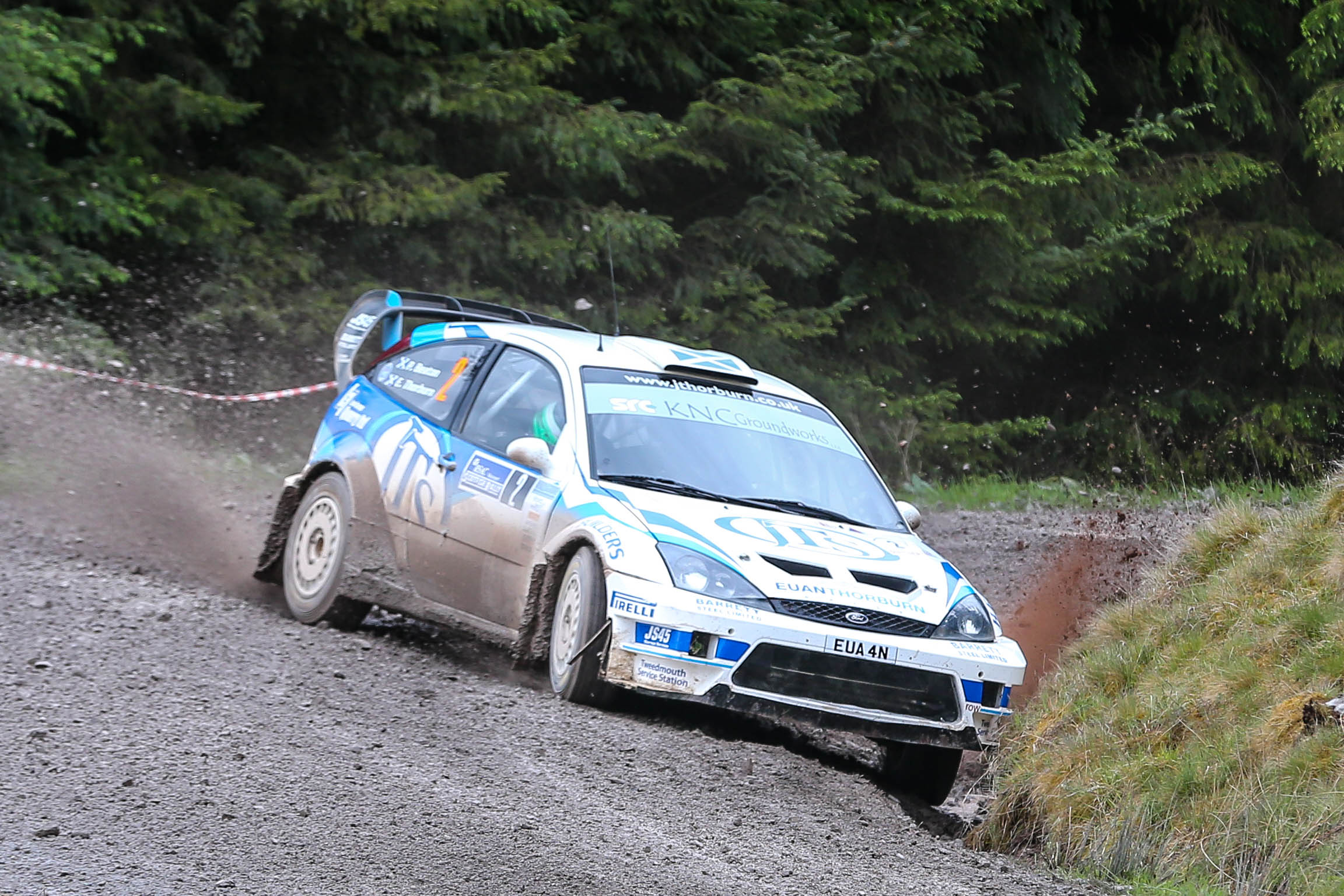 However, the duo have been challenged hard in all three of the SRC rounds so far this season, chiefly by Ford Fiesta R5 crew Garry Pearson and Dale Bowen.

Pearson and Bowen had led the Border Counties Rally before a costly spin mid-way through the event dropped them down to second place.

The pair were in the thick of the battle on the Speyside Stages too before slowly rolling into retirement.
The RSAC Scottish Rally was the closest battle of the season, as Thorburn, Pearson and eventual winner David Bogie were all separated by just 20 seconds at the end of the rally; Pearson third, but only just.

Pearson knows he has to get the better of Thorburn this weekend in order to realise his dream of becoming Scottish Rally Champion, so the battle promises to be fierce.

Jock Armstrong and Cameron Fair have a hat-trick of top five finishes under their belts thus far in 2019, with a podium finish on the Speyside a definite highlight.

The pair’s Subaru Impreza is beginning to lose touch with the WRC and R5 machinery right at the sharp end, but the 2015 and ’16 champion’s prowess behind the wheel is unquestionable. Armstrong will be vying for another rostrum finish in Argyll. 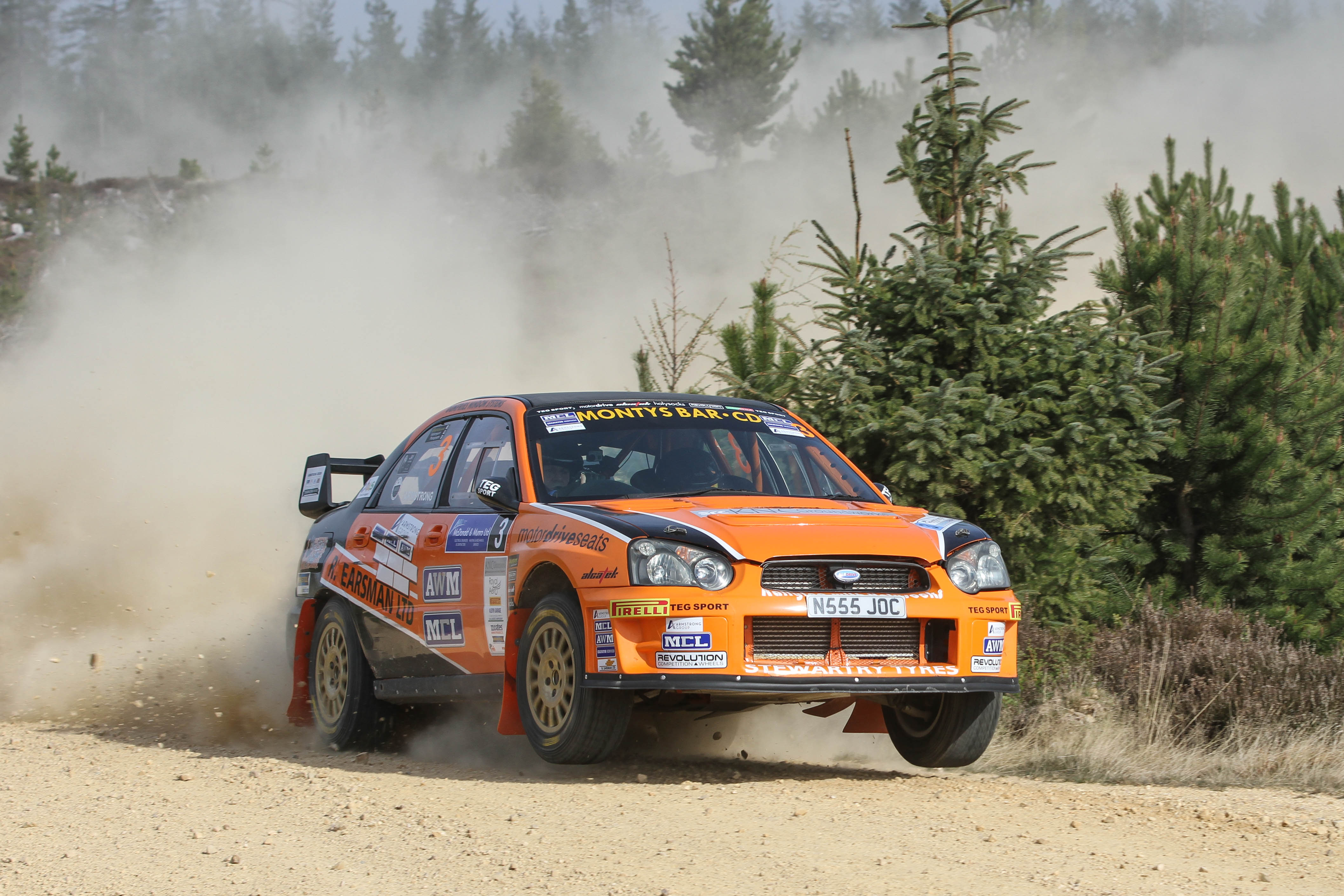 John Wink and Neil Shanks are also a likely threat in their Hyundai i20 R5. The pair faced a race against time to make it to Argyll following an off on a non-championship round earlier this month. Thankfully, the i20 is ready to go with Wink seeking a strong result to make amends.

Bruce McCombie and Michael Coutts have steadily bedded themselves into life behind the wheel of a Ford Focus WRC. The duo scored their best result in the car so far on the Scottish with fifth, and traditionally have gone well in Argyll with third place the result last year.

Michael Binnie and Claire Mole have been tantalisingly close to the podium in 2019, twice losing out to Freddie Milne this season by just a handful of seconds. The Mitsubishi Evo IX crew are confident the brake issues that plagued their Scottish Rally have been cured so will be pushing for a strong result on Saturday. 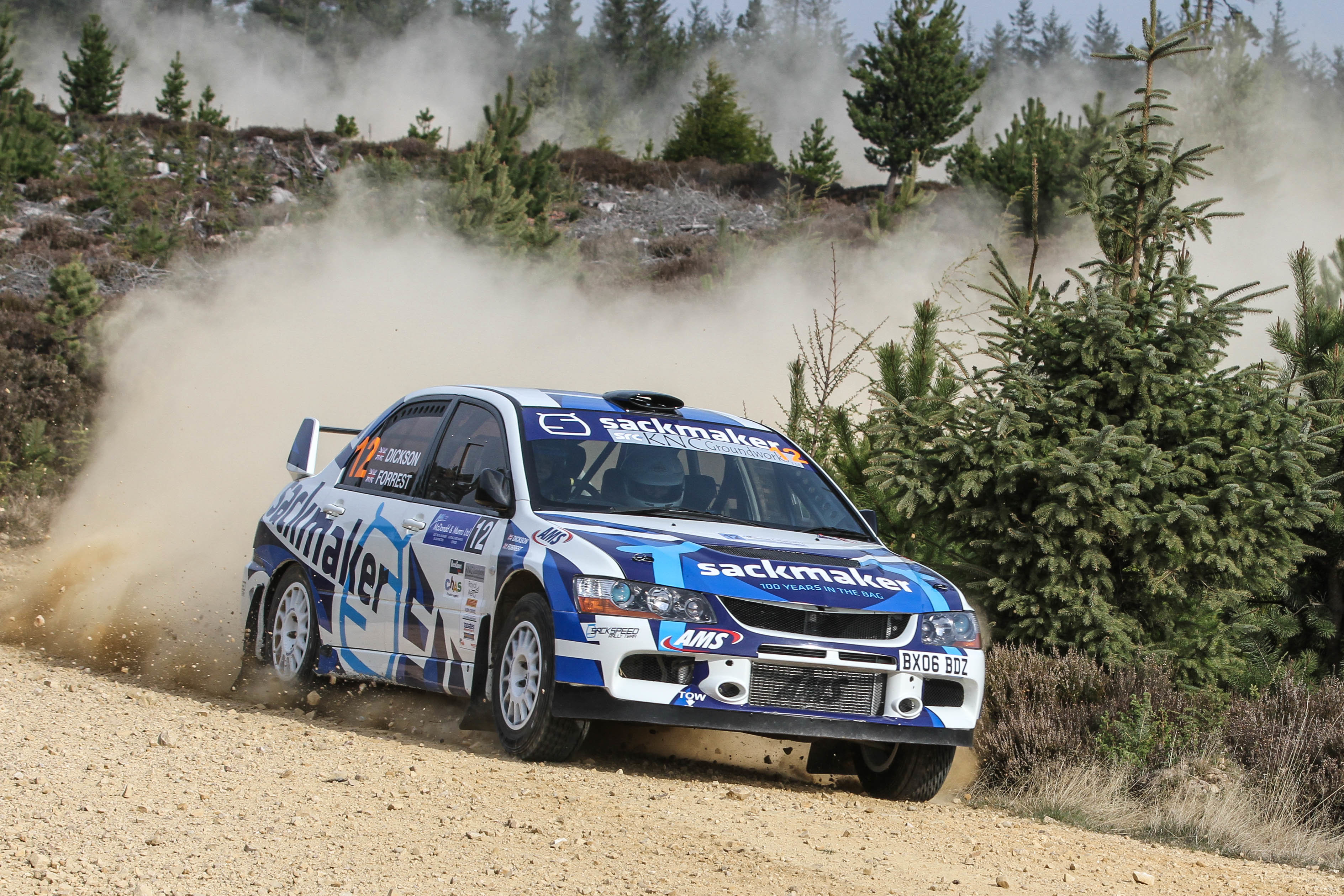 Alan Dickson and Martin Forrest are fresh from an outright podium on the recent Carlisle Stages in their Mitsubishi Evo IX. Their mission will be to transfer that form back into the SRC and onto the classic Argyll stages.

Simon Hay and Calum Jaffray are set to make a welcome return to the SRC after a trying season in their Mitsubishi Evo VI. The pair failed to start the Border Counties Rally, and then crashed on the first forest stage of the Speyside.

Electing to skip the Scottish as they assessed the damage, they are back and ready to put on a good showing in Argyll. 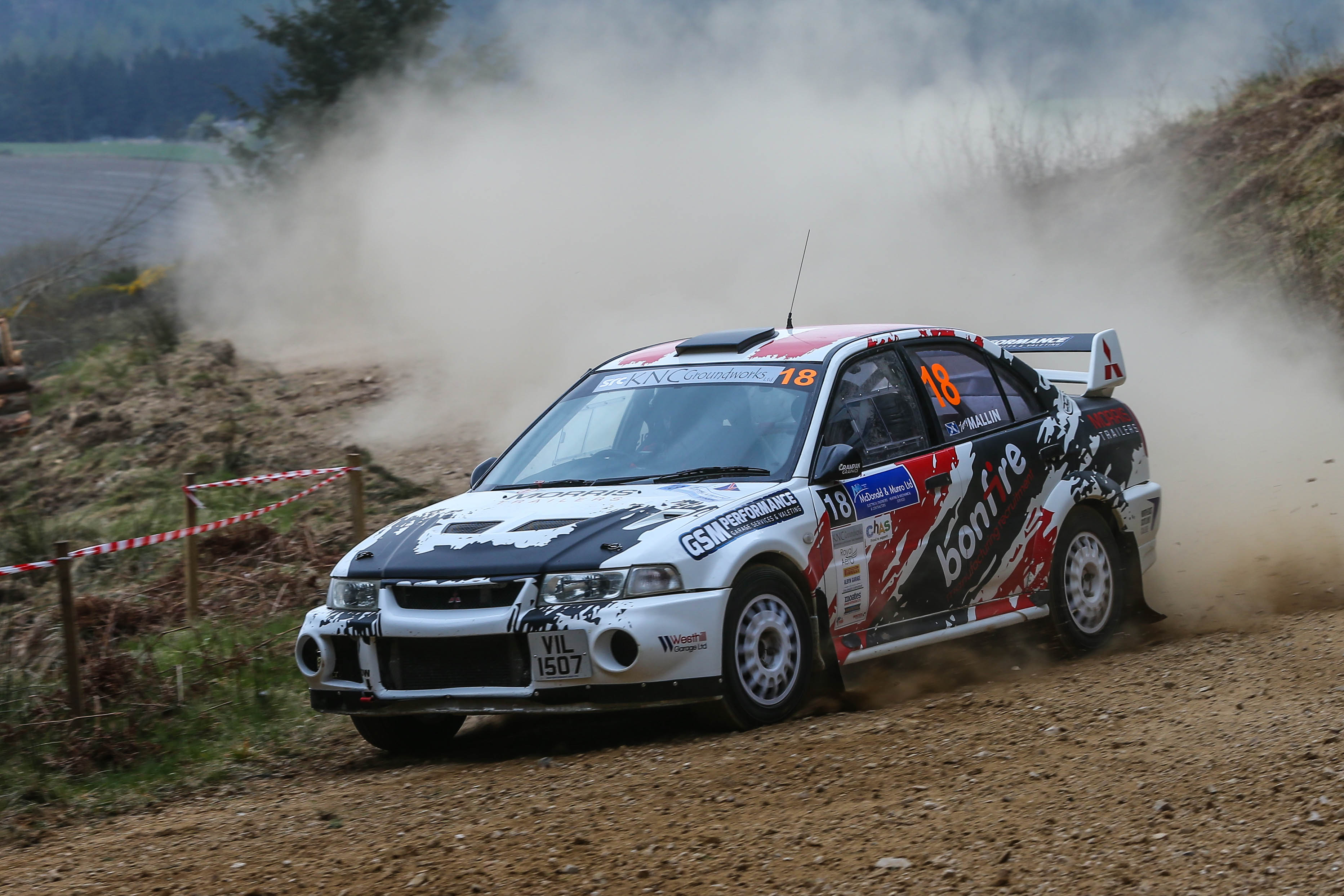 Macbeth will unfortunately skip Argyll due to work commitments, but the battle between the remaining quartet is poised to be superb.

The Scottish 2WD Championship is headed by Gordon Murray after three of the six rounds, but the Ford Escort Mk2 pilot is yet to win a round.

Those honours have gone to fellow Mk2 drivers Paddy Munro, Duncan MacDonald and Iain Wilson thus far, with Paul McErlean also in the thick of the championship battle courtesy of his fantastic consistency.

Carl Tuer is an outside bet in his Suzuki Swift Maxi, having shown superb pace throughout the season. Angus Lawrie also makes a welcome return to the SRC, behind the wheel of a Citroen C2 R2 MAX for the first time on gravel. 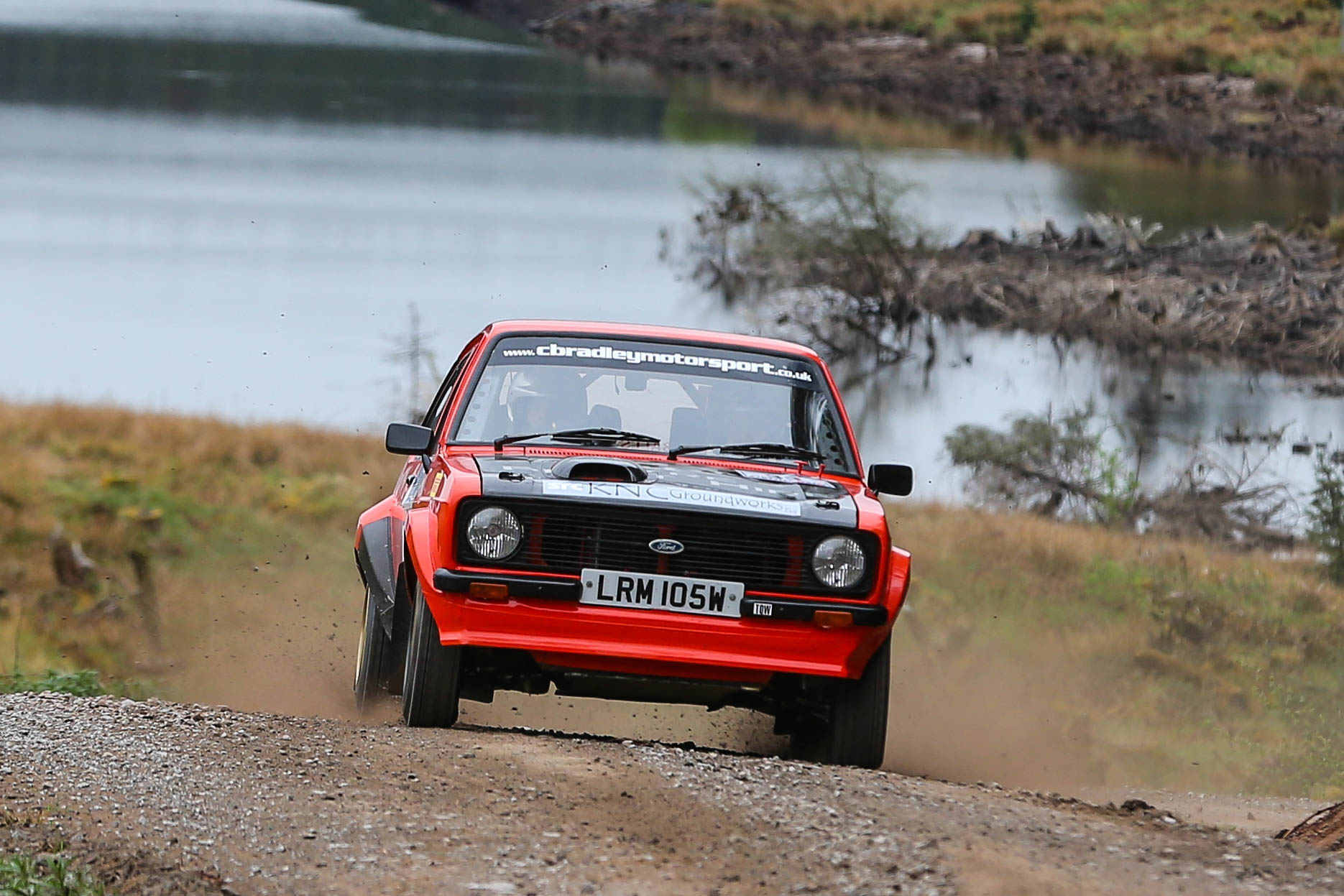 The Dunoon Presents Argyll Rally consists of 42 fantastic stage miles, split into two loops of four stages. Classics such as Glenbranter and Coire Ealt are on the itinerary, as well as a brand new stage which is poised to test the driver’s mettle.

It all gets underway at Dunoon Stadium at 9am, before the winners return to the stadium to spray the champagne after 4pm.