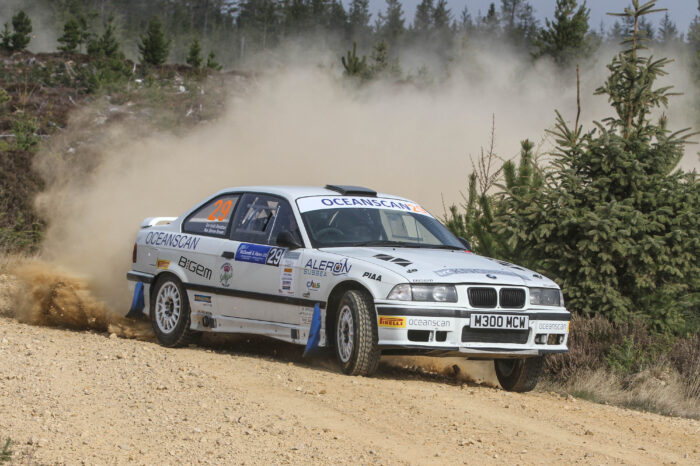 Rally Finland, affectionately known as the Rally of 1,000 Lakes, produces the highest average speeds in the World Championship, and is a rally every rally driver would simply love to win.

Running alongside the main event is the National rally, which comprises of a run through the streets of Harju on Friday night before four flat-out blasts through the Finnish forests on Saturday.

“We went over to watch two years ago to watch the WRC, and I had no idea that afterwards there was a National event that ran,” Robathan explained.

“So when we saw them coming around we thought wouldn’t it be great if we could have a go at something like that.

“We want to have fun but we want to do the best we can. What I have heard is the locals are going to be really fast as they carry the speed over those great big yumps and crests.

“There’s obviously the very quick drives who will be going out there to win and then the guys that have very quick cars but all they want to do is go sideways and make a lot of noise.

“But the roads are just unbelievable. They have said the road conditions might not be as good as we would want them to be because the World Rally is running in front of us, but they’re saying the atmosphere is absolutely unbelievable.” 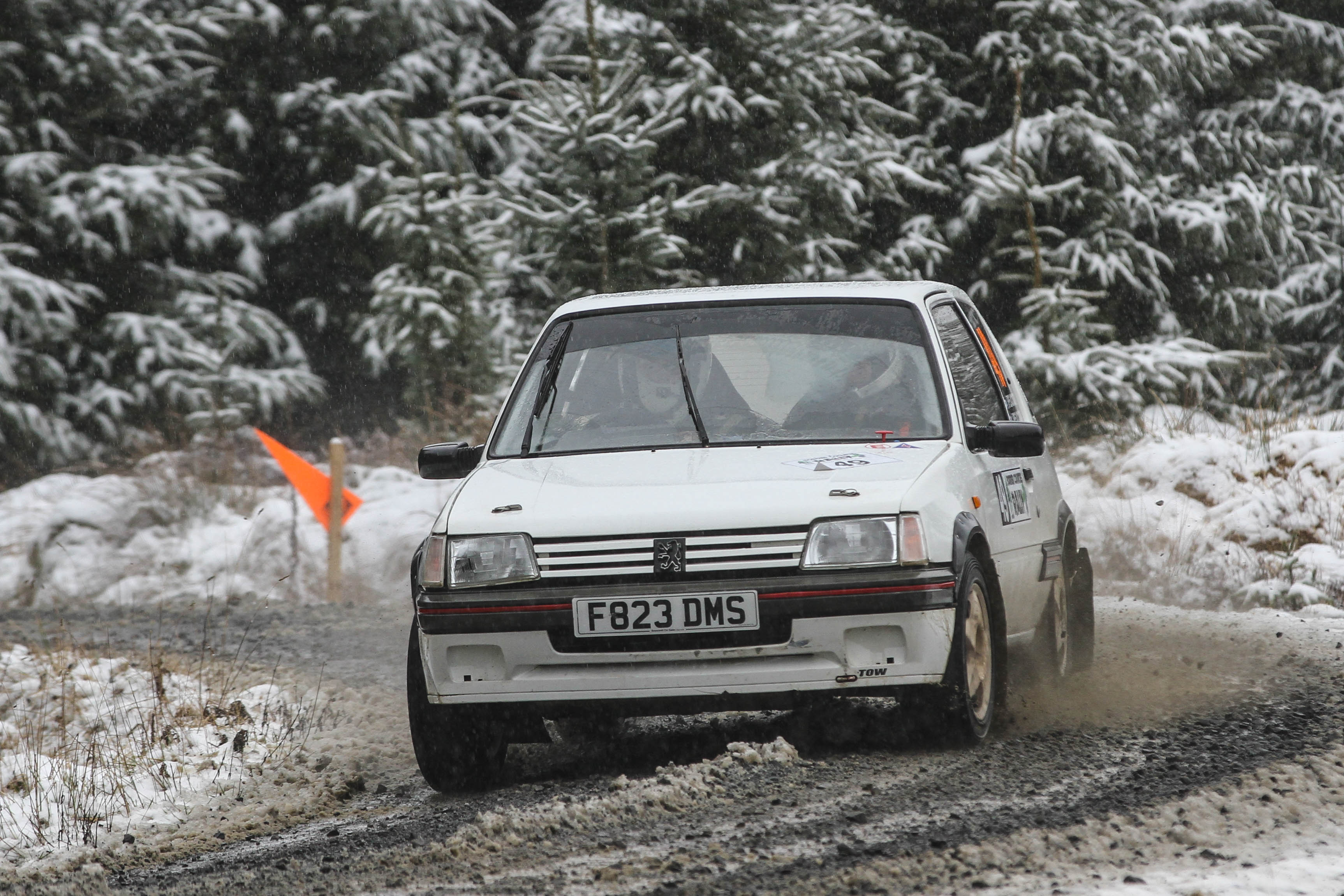 Unlike national events in the UK, a pre-event recce is on offer to the crews who will all pass through the stages twice on Friday morning. They will then complete the Harju test before the WRC crews before following the international field through stages 12 to 15 on Saturday.

The Scots have all been grouped together in a reverse seeding order, placing the Peacocks second on the road.

“It’s a once in a lifetime opportunity, we’ve got the chance so we’ll take it,” Scott said.

“Douglas Watt and Keith Robathan and Hamish Kinloch were going over and dad got speaking to them, and he said ‘oh I’ll come.’

“I’m a bit apprehensive about the jumps; it’s not the taking off it’s the landing for the 205. They’re notoriously bad for jumps but I don’t think we’ll be going hard enough to bother any of them to be honest, we’ll not get the speed up.

“It’s just a bit of craic and get round, it’s a long way to go to retire. Dad and I are running second on the road; there’s us four from Scotland and then there’s an Australian crew doing it. The Australians are first and then us four are running altogether next in reverse seeding.” 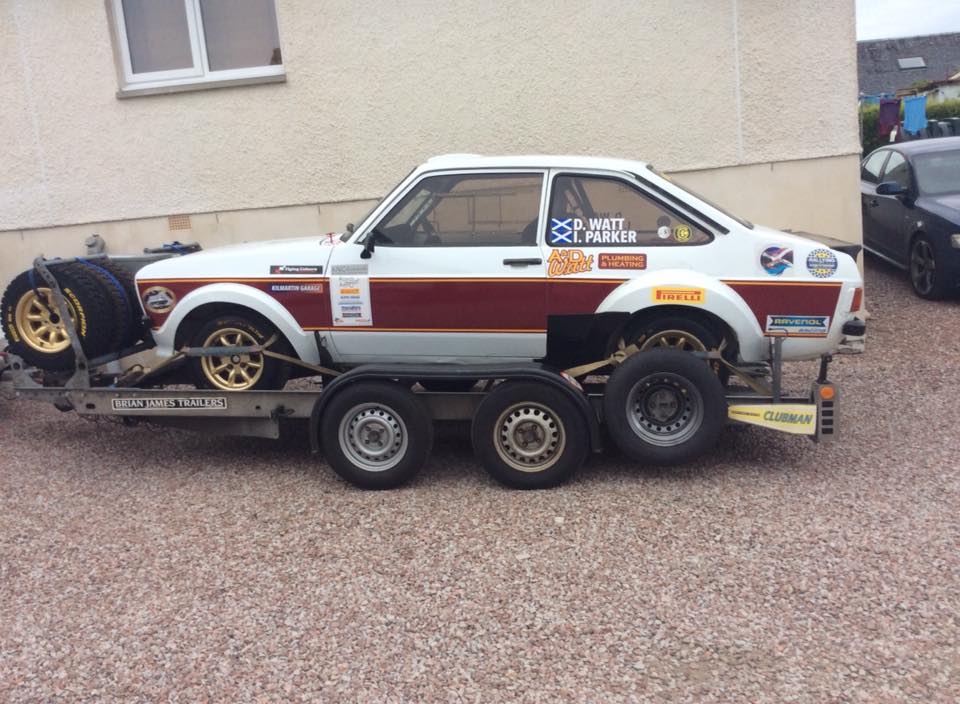 “All of us are in the final stages of preparing,” Parked added.

“Dougie [Watt] has the Escort ready to go with only a few small set-up changes to make.

“The stages are beyond anything we’ve seen before; some are twice the width of stages we are used to competing on and are very fast in sections. However the small, tight and technical sections should suit all us Scots.

“We are all just in it for the experience but I am sure some bragging rights will be up for grabs as to who the fastest Scot will be. Keith [Robathan] is the man to catch as his car is similar to those used in masses by locals so the stages should suit it perfectly.”

Parked admitted the Finns are pleased to have some Scottish experience, and could potentially be tempted into competing on select SRC events in the near future.

“Rallying in front of thousands of spectators is going to be a strange feeling but as long as we all get round, have fun and show the Finns how we like to have fun then we will all be happy.

“The locals seem very happy that we are heading over to compete and I’m sure our team will draw some attention. Maybe we will see a couple of Finns on an SRC round next year? I’ll make sure and suggest they come over…”

As well as competing, there are also plans to enjoy the world-class spectatcle on show too.
“We’ll be at the shakedown on the Thursday,” Peacock revealed.

“Friday I don’t know if we’ll be able to see anything because while we’re away recceing the cars get scrutineered and everything, and then obviously we are competing on the Saturday but we’re going to go and watch the Power Stage on the Sunday, that’s the plan.”

The next round of the series is the Grampian Forest Rally on Saturday 10th August.