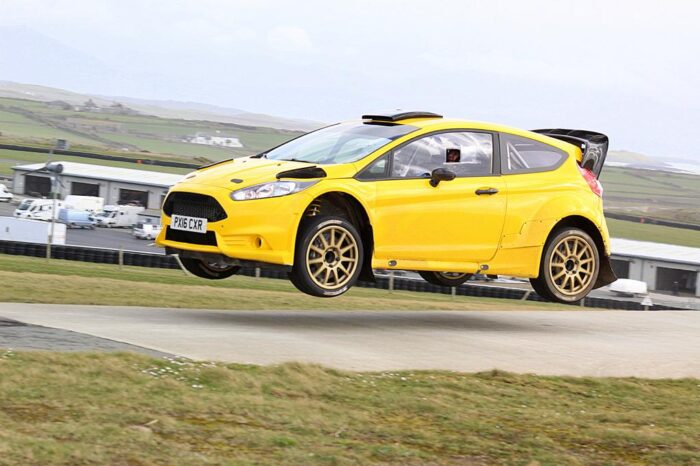 2018 KNC Groundworks Scottish Rally Championship (SRC) champion Andrew Gallacher will return to the series for the final round of the 2019 season in a Ford Fiesta R5+.

Gallacher and co-driver Jane Nicol won the championship on the Armstrong Galloway Hills Rally 11 months ago in a Ford Focus WRC, and will be reunited for their first SRC event together since becoming champions.

The Fiesta R5+ they will use belongs to Tom Blackwood, whose Cobble Shop sponsored Gallacher en route to his 2018 title success.

The Hurlford ace is excited to be back out in a rally car for what will be his first rally of the entire year.

“I’m quite excited to get out in the R5 and see how it compares to the Focus, as there’s at least a 12 year difference in technology,” Gallacher said.

“I always said at the start of the year I wanted to do this event as I’ve got good history here and it’s reasonably local to me. It’s special to be out in an R5 as it wouldn’t quite be the same in a [Mitsubishi] Evo or something.”

Despite winning last year’s championship, Gallacher is realistic with his expectations and knows he won’t immediately be fighting for a top result.

“We’re just out for a run so I don’t feel any pressure,” he said.

“We want to have some fun and do no damage as we made no mistakes for the entire of last season, so I’d be pretty disappointed if I wasn’t on my best behaviour.

“I’ll definitely have a look at times, but I’ve no idea where we’ll be or who we’ll be fighting with. But I’ve not driven an R5 before and haven’t been out since Wales Rally GB last year, so the main aim is to keep it clean.”

The Armstrong Galloway Hills is the final round of the KNC Groundworks Ltd Motorsport UK Scottish Rally Championship, and takes place in the forests around Dalbeattie on Saturday 14th September.