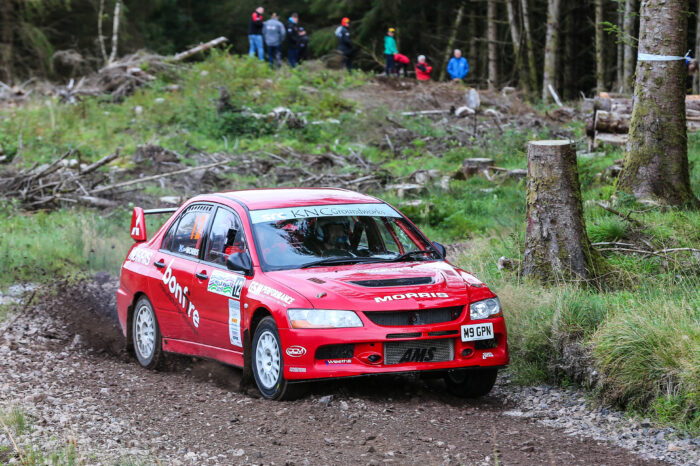 Morris and co-driver Terry Mallin switched from a Mitubishi Evo VI to an Evo IX midway throughout the 2019 season and saved their best until last with their maiden Challengers win on the final round in Dalbeattie.

With two second places and a third-place finish across the season, Morris found the perfect blend between pace and consistency with just the one retirement on the Argyll Rally whilst he bedded into his new car. He follows Scott McCombie, Michael Binnie and John Wink in winning the Challengers series and scored a superb fourth overall in the points table.

Thomas Gray and Harry Marchbank were on course for the Challengers title trophy in a similar Evo IX and lay just one second ahead of Morris and Mallin heading into the final stage of the season. Gray didn’t need to win the event to seal the title, but unfortunately a mistake in that final Raiders Road test put him out of the rally and left Morris’ path clear to seal both the victory and the Challengers championship.

Second on the event and the championship were Ian Baumgart and Sinclair Young whose consistent year in a Subaru Impreza brought them to within three points of glory. Alan Dickson and Martin Forrest were third in another Evo IX.

“I feel sorry that Thomas didn’t get it because we were pushing on and it seemed hard luck on him,” Morris admitted.

“Before the event I just thought Thomas has got the championship, but I’m not one for setting targets. I’m happy when I feel I’ve improved myself, the real challenge is beating yourself and seeing where you’ve progressed.

“But it’s fantastic to get this title. We are looking for some more sponsorship at the moment so I’m sure this will do no harm!”

Morris put in a valiant effort to match Gray on the Galloway Hills Rally, as his Evo IX hasn’t been quite right since he picked it up in the summer.

“The car is way down on power and the engine is away to get stripped,” he revealed. “We’ve got low compression in cylinder four so the engine has got to be rebuilt unfortunately. We’ve never managed to get the car quite right yet.

“We started off in Argyll and the front diff wasn’t working. The Grampian came together but the car feels slower than my old car despite feeling better to drive because it was down on power. The transmission is superior, so it handles better, but there’s definitely lots more to come.”

Iain Wilson and Jude MacDonald were just as buoyant as Morris after the Galloway. Wilson and Chris Williams bagged the Scottish 2WD series with second place behind Mark McCulloch while MacDonald took a fifth straight Junior win of the season in his Skoda Fabia R2 to seal that title and the day’s tuition with Tapio Laukkanen that comes with it.

There were successes for plenty of others too as the curtain closed on another fantastic season in the SRC. 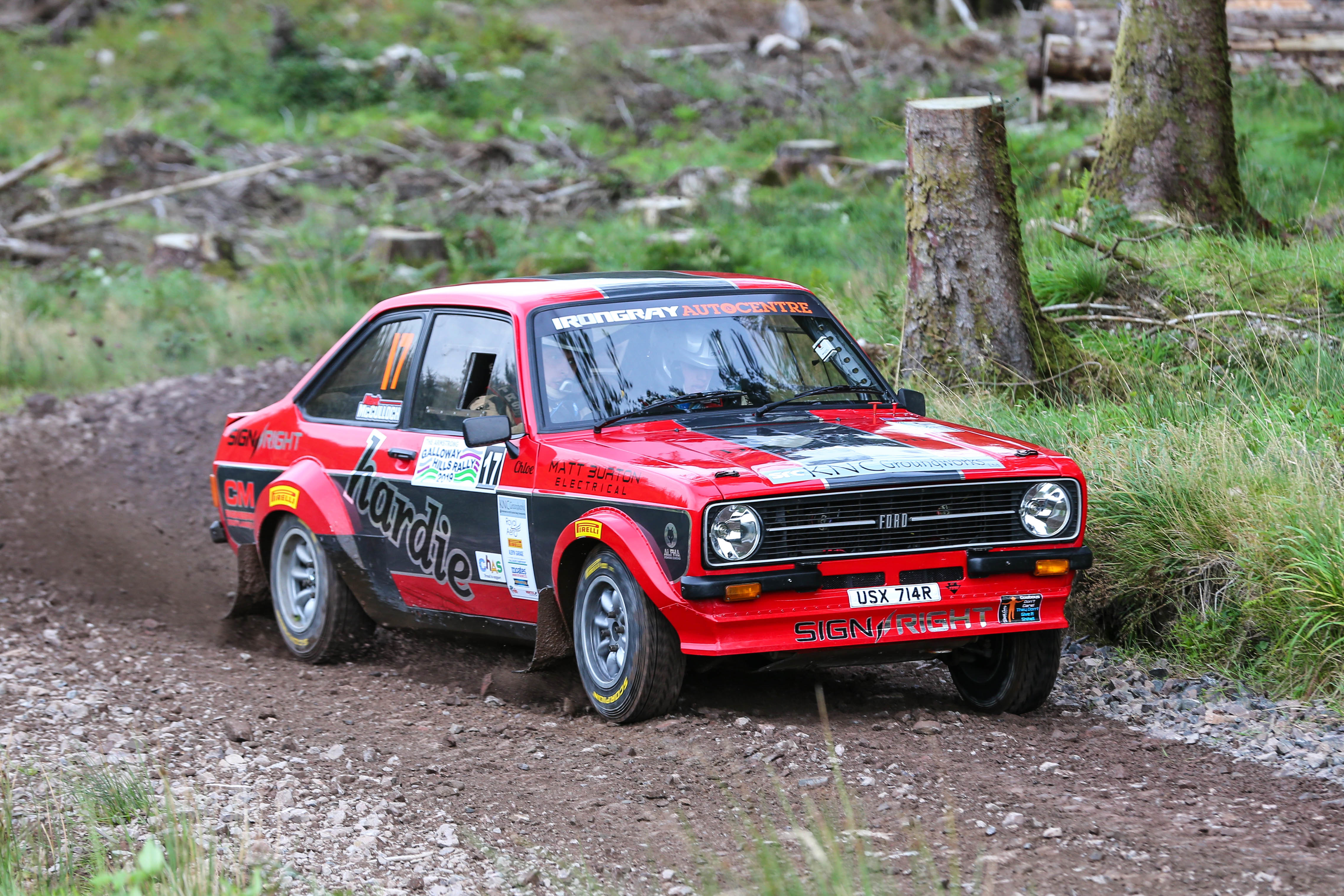 Class 1: Scott Peacock and Robin Neil rounded out their championship-winning year with another Class 1 win in their MG ZR.

Class 3: Jude MacDonald took the class championship in his Skoda with another victory but it was incredibly tight. The impressive Fraser Smith and Steven Brown’s Honda Civic finished just 4.9 seconds behind the winner and a slender 1.5 seconds ahead of class debutantes Niall Cowan Jr and Callum Shanks in their MG ZR. 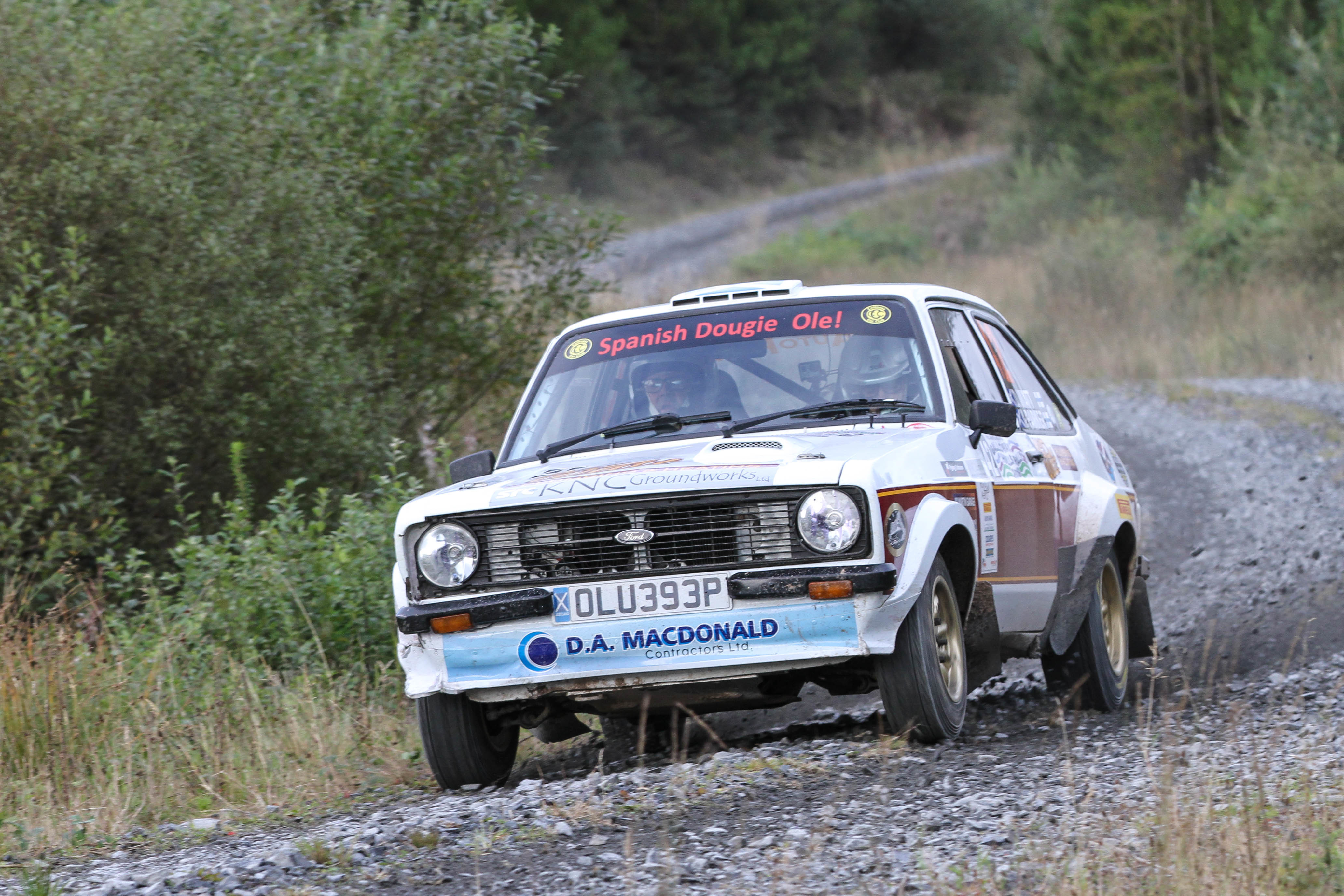 Class 4: Douglas Watt and Paddy Munro headed to the Galloway embroiled in a battle for the Class 4 championship. Watt and Ian Parker would ultimately seal it with a class win by just a single second over Munro and Keir Beaton. 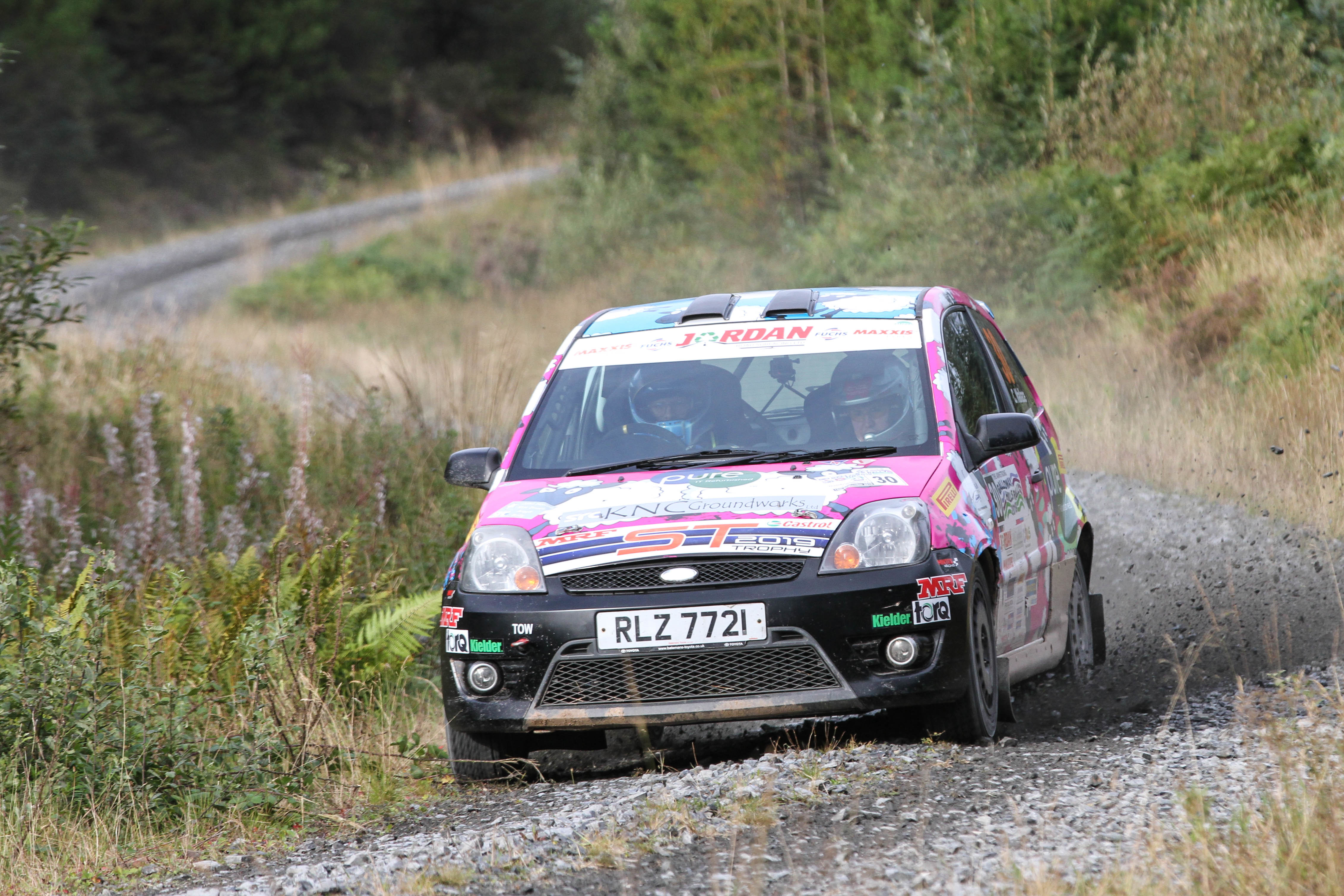 Class 6: Bobby Mitchell and Craig Wallace secured the Class 6 spoils in their Ford Fiesta ST ahead of the Ford Fiesta R2T of class champions Linzi Henderson and Tom Hynd. Johnnie MacKay and Emily Easton-Page completed the podium in a Fiesta ST.

Class 7: Mark McCulloch and Michael Hendry slotted their Ford Escort Mk2 into the top 10 overall and the top of Class 7 on an event they won outright back in 2011. Robert Adamson and Jamie MacTavish took a strong second place. However the championship was won by Paul McErlean who was unable to start the event with a head gasket failure the night before. Duncan MacDonald was set to capitalise but crashed out of the event in his Mk2 Escort.

Class 8: Iain Wilson and Chris Williams sealed the Class 8 championship with a fifth win of the season. Gordon Murray, on his last ever rally, retired alongside co-driver David O’Brien. 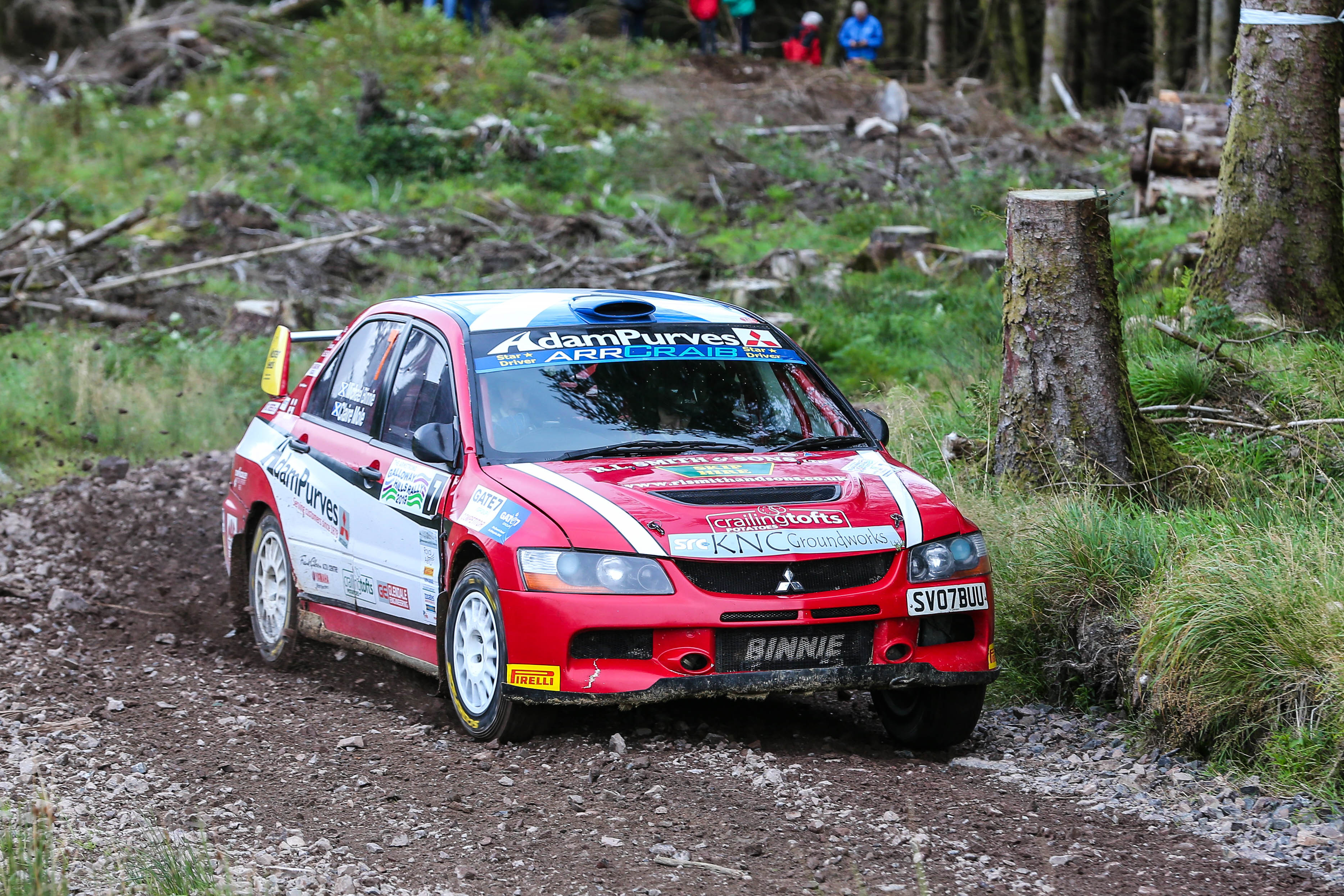 Class 9: Michael Binnie and Claire Mole blasted to the class win and a maiden SRC podium overall. Ian Baumgart and Sinclair Young were second in class ahead of Simon Hay and Mark Fisher. Binnie had secured enough points to win the title on the previous round but due to taking third in the overall championship, Baumgart is this year’s Class 9 victor.

Class 10: Jock Armstrong and Cameron Fair took the class in their Subaru Impreza ahead of Keith Morris and Terry Mallin. Alan Dickson and Martin Forrest did enough to secure the class title on countback in third.

Class 11: David Bogie and John Rowan sealed the spoils in their MINI JCW WRC, winning the event outright for the second year in a row.