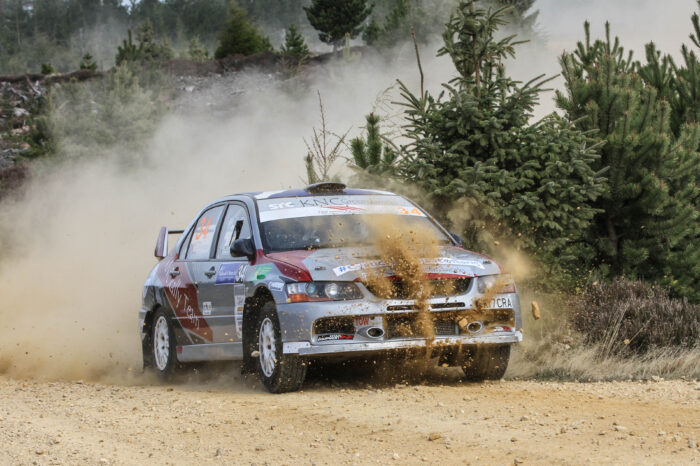 The 2020 KNC Groundworks (Ltd) Scottish Rally Championship will be staged across five gravel and two closed road events as the series returns to a mixed-surface format for the first time since 2013.

The exciting new seven round calendar kicks off in March and concludes in September, taking the championship on a pulsating tour through Scotland.

As is tradition, the season kicks off in Inverness for the 65th running of the legendary Snowman Rally which has moved backwards from its traditional date in February to run in March.

The popular Speyside Stages runs next before the year’s first Tarmac event, the Jim Clark Reivers Rally, which returns after a six-year hiatus from the calendar.

The highly-anticipated match up between the SRC and the BTRDA on the Scottish Rally follows in June before the Argyll Rally, which excitingly switches to a sealed surface in 2020 and is the second of the season’s two closed road events.

The year ends with the Grampian Forest Rally in August and the Galloway Hills Rally in mid-September. In addition to the seven full championship rounds, the Carlisle Stages in October will be the nominated reserve event.

Organisers of the Border Counties Rally have been unable to commit to running an event in 2020 presently, but organisers of the SRC are hopeful that the event can return for 2021 season where further calendar refinements are anticipated.

The best five scores from the seven rounds will count, meaning a competitor who may not wish to contest the Tarmac rounds can still win the championship as there are five forest rounds on offer.

A raft of further changes and improvements to the championship, such as class revisions and competitor incentives aimed in particular at Clubman competitors in class cars, will be announced over the coming weeks.

SRC organisers have shaped the 2020 calendar in response to the feedback from the recent competitor forum and survey.

SRC Chairman Gordon Adam is happy with the calendar changes, and is looking forward to the challenge of the new format, whilst retaining an element of competitor choice in what is a transitional year.

“We are delighted to be returning to a mixed-surface format and the events on offer in 2020 really do have something for everybody,” Adam enthused.

“It is important to be able to adapt to the changing preferences within the sport as they happen, whilst being able to stay with tradition, and we feel we have struck that balance perfectly starting in Inverness a bit later in the year than has been normal, and coming to its conclusion in Dalbeattie. We welcome the Jim Clark Rally back with open arms and are thrilled that the Argyll Rally will run as our second chosen closed road event in their first year on Tarmac.

“There may be some competitors who would rather not compete on Tarmac, but because only five of a potential seven scores will count, these drivers will not lose the chance to win their class or overall title. We felt that when we had the opportunity to give our competitors this choice, it was important to do this given the fairly major format changes we have made for the 2020 season.

“Of course, we realise that the gaps between the events in the middle of the season are not ideal, particularly for our volunteer officials, but our hands are tied by the events where they have commitments to other championships. This is obviously an important area for our competitors and officials, and one we will be focusing on for the 2021 season.

“Our thanks go to all the events who have liaised with us to create this exciting calendar. It is going to be another fantastic season for Scottish rallying.”