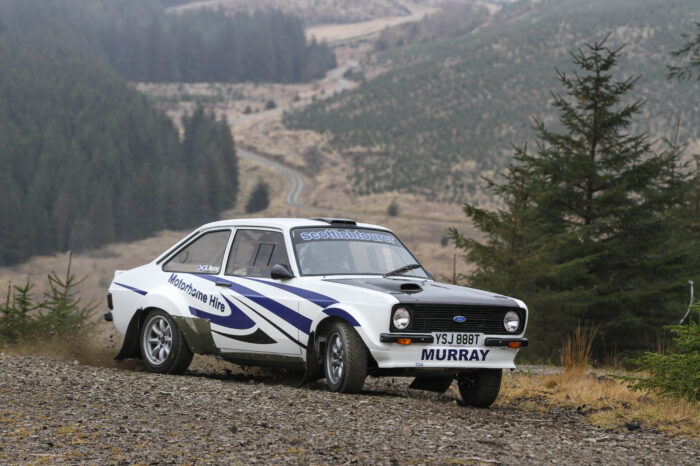 Murray began his SRC career at the age of 50 back in 2005; starting at the same time as 2018 SRC runner-up Donnie Macdonald and Subaru Impreza WRC driver Brian Watson.

He called time on his time in the SRC at the end of this season at the peak of his powers, finishing third in the Scottish 2WD Championship alongside co-driver Dave O’Brien in their Ford Escort Mk2.

Murray has always been a fan of rallying, inspired by the likes of British world champions Colin McRae and Richard Burns who helped bring rallying to the attention of the mainstream. But his first love was rock climbing, where he climbed up an edge rather than pushing himself to it in a rally car!

“I spent most of my sporting life as a rock and ice climber,” he recalled. “But I got badly injured on Mont Blanc and that was the end of my climbing career.

“I was really, really struggling for something to do and the weekends were absolutely chronic, I hated it. I missed the adrenaline rush.

“Fergus Gray, who was a co-driver for [Scottish rally driver] John Marshall was doing some work for our business at the time and he said I should get into rallying. I thought ‘that’s a good idea’ so I bought a Subaru and that’s how it began.”

The 2005 Snowman Rally would be his first event, and the Perth driver would steadily improve as he got accustomed to a sport he had only previously watched on TV. He would drive an Impreza for the next seven seasons and derived great pleasure from driving such a potent and iconic rally car.

“We did a couple of events in Ireland which we enjoyed. We did the Pirelli and other national events like that but in the main it’s been the SRC that we concentrated on.

“It was 100% the Colin McRae factor that inspired me to get the Subaru, and I met Colin quite a few times,” he continued.

“He had a huge impact on everybody, it was unbelievable. Colin would arrive at an SRC meeting in his helicopter and come round and see everybody. He was just totally down to earth it was incredible; a world champion coming to see how you were getting on.” 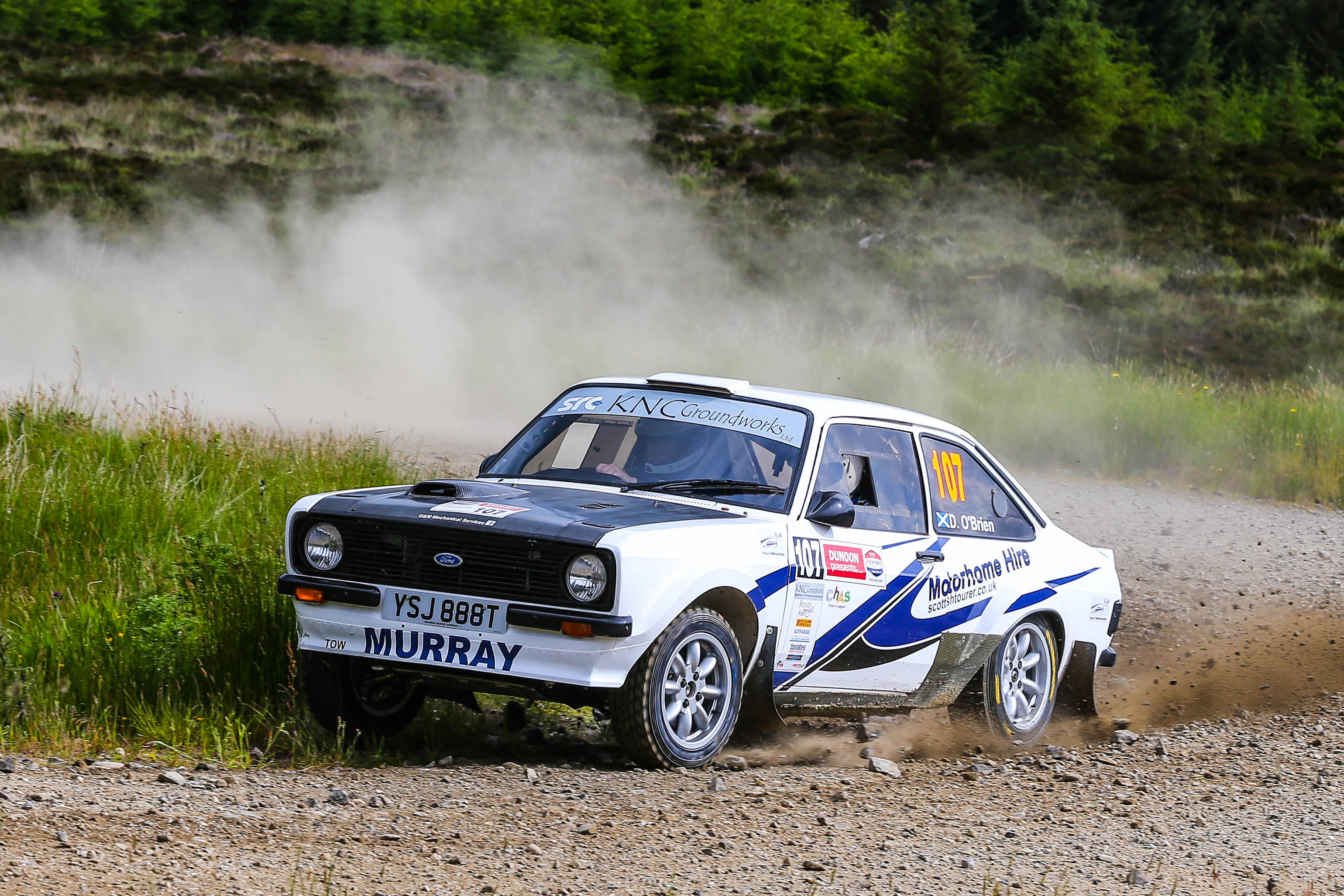 In 2013, Murray fancied a change and acquired a Ford Escort Mk2 as the Subaru was “getting a bit long in the tooth” and the cost of acquiring top-line machinery didn’t appeal. Instead Murray ticked a box on his bucket list and rallied one of the most memorable rallying cars in history right the way up until 2019.

“What I didn’t realise when I bought the Escort was how long it would take me to actually learn how to drive it. It was years; I couldn’t believe it,” Murray admitted.

“It was exactly the same as when I took rallying up. It took at least two years to get up to some sort of speed, it was like starting from scratch again but worse because I spent so long trying to drive it like the Subaru. But it is such a thrill to be able thread one between the trees, it’s such an awesome car. It’s sideways most of the time so you’re hardly ever looking out the windscreen, just the side windows! And the speed soon came too.”

The speed certainly did come, as over the last couple of seasons Murray has found himself right in the thick of the Scottish 2WD Championship battle. After another strong and consistent season, Murray had planned to retire after the Grampian Forest Rally with a strong bout of points, but his rivals convinced him otherwise. 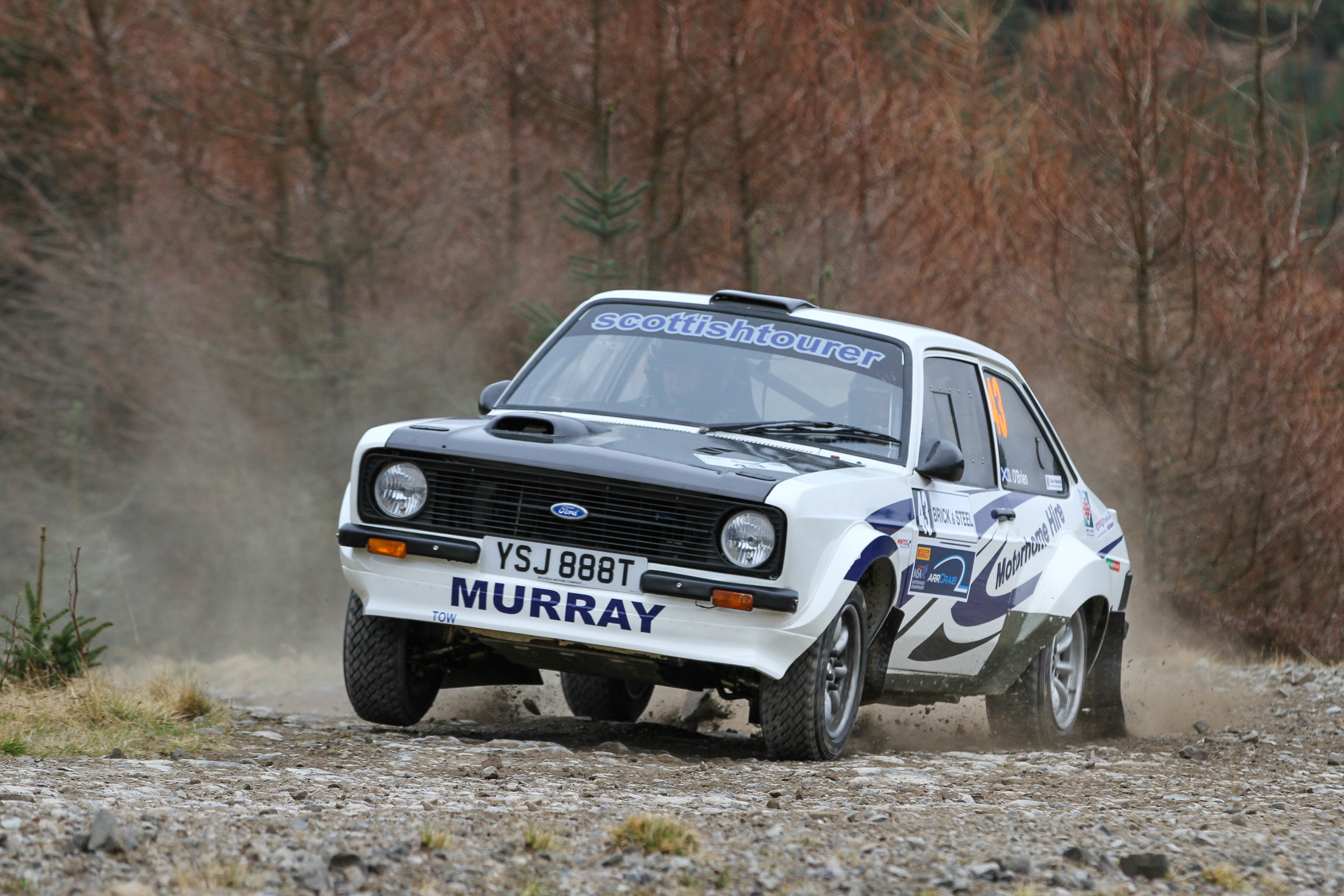 “It’s been unbelievably close and really good this year, it’s a pity I’m giving it up!” he joked.

“The rest of the guys in the Escorts; Iain Wilson, Mark McCulloch, Paddy Munro and all these guys were at me and said ‘you can’t leave it like this you’ve got to do the last one.’ I said I had no reason to do it as I had all the points I could probably muster.”

Murray’s arm was twisted to do the Galloway Hills Rally, but things didn’t end on the deserving high: “There wasn’t a great deal for me to do apart from crash the car… and that’s what happened! I wanted to win that event as we had never won a 2WD rally before so we were on a big push in Dalbeattie as I knew some people were scared of it. Unfortunately it just went wrong.”

Despite this disappointing ending, Murray says he has no regrets and is proud of what he has managed to achieve across 15 years.

“In 2008 we won the Open class in our Subaru, that was a really good achievement,” Murray said. “And being second last year in the 2WD Championship that was something special as well.”

But the journey is now at an end. He promised his wife that at 65 he would retire and he has duly obliged, selling the Escort to Keith Robathan and his motorhome hire business too so that he and his wife can spend their retirement touring Europe in a nice, new motorhome.

But will we ever see him back in a rally car?

“We’re keen golfers,” he said. “I don’t think it’ll be quite the same adrenaline rush but it’ll be lighter on the wallet!

“I’d like to come back for the odd one-off, that would be great. I won’t be throwing the helmet and the race suit away just yet.”

Everyone at the KNC Groundworks Ltd Scottish Rally Championship would like to thank Gordon Murray for his dedication to the championship, and wish him all the best in his retirement both from work and from rallying.