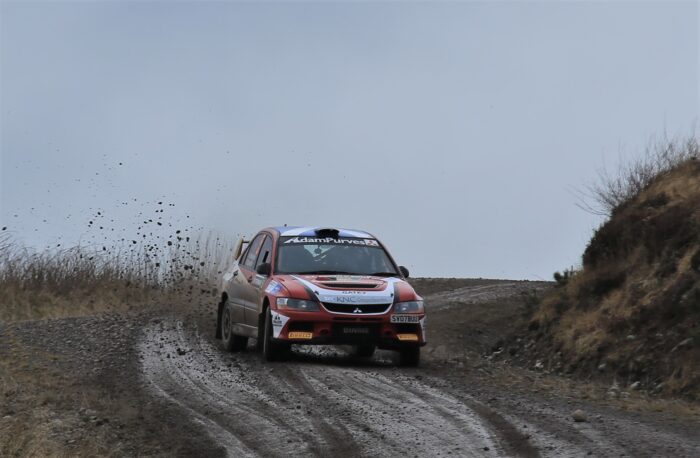 Michael Binnie and Claire Mole lead the KNC Groundworks Scottish Rally Championship (SRC) courtesy of a brilliant victory on the opening round of the season, the Coogie Urquhart Snowman Rally, on Saturday (7 March).

Binnie, behind the wheel of his Mitsubishi Evo IX, was in the top three throughout the entire event but made his move when it mattered most, overhauling Jock Armstrong and Cameron Fair (Subaru Impreza) on the final 11.85-mile stage of the rally.

Fred Milne and Patrick Walsh were third in their Ford Fiesta R5 – just three seconds shy of Armstrong and Fair and 23 seconds down on rally winners Binnie and Mole.

However, it was Bruce McCombie and Michael Coutts that bagged the honour of the first stage win of the new season in their Ford Focus WRC, edging Scott Beattie and Paula Swinscoe by a single second in the treacherous conditions.

Armstrong hit back on the second test with the fastest time, but McCombie held his lead heading into SS3 before an off on the stage dropped him back. A developing engine misfire ultimately restricted McCombie to sixth.

Heading into service, it was Armstrong that led with an eight second cushion over Binnie. Donnie Macdonald and Andrew Falconer were third on their local event, just 20 seconds shy of the lead in their Ford Fiesta R5.

Armstrong looked to have delivered a hammer-blow on the rally’s penultimate stage, beating Binnie by a clear nine seconds to take a 17 second lead with him into the second running of Lochletter. 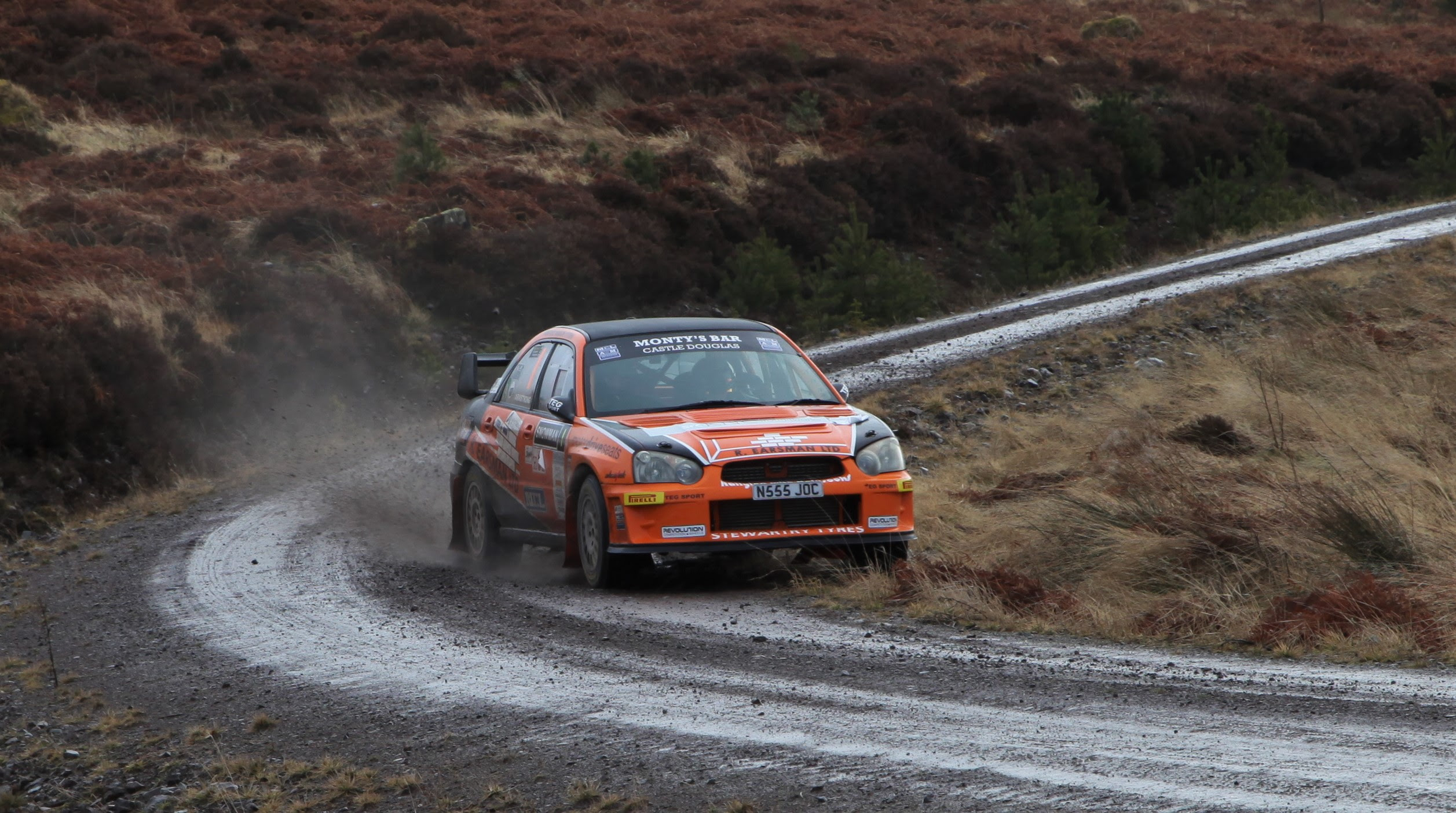 But the final 11.85 miles proved a real sting in the tale as Binnie stole an incredible 37 seconds back from his rival to vault into the lead and win his first ever rally overall. It was also co-driver Mole’s first SRC victory since the Border Counties Rally alongside Steve Perez in 2007 and her second in total.

“I think I’m as surprised as anybody,” a delighted Binnie said.

“We were sat in a comfortable second place all day and luckily we had a blinding last stage and managed to take the win. In the back of my mind I thought it we can get a podium that would be great, but I don’t like to set my hopes too high. That would’ve been absolutely brilliant for us, but this is just a wild feeling!

“You should never, ever give up as you don’t know what might happen at the end and we’ve proved that today.”

Armstrong was bemused as to how he had managed to drop so much time to Binnie but conceded it was still an extremely positive day for him too.

“I’ve picked up second prizes all the way through my life,” he rued.

“I said to Cammy [Fair, co-driver] it would be nice to win a rally today but it wasn’t to be, maybe we just fell asleep on the last stage. But we had a good day, quite successful so a good start to the year.

Milne was on a mission on the last stage as he looked to recover a 10 second deficit to Macdonald up ahead. The Fiesta R5 pilot managed it and then some, winning the test to beat Macdonald by 11 seconds. 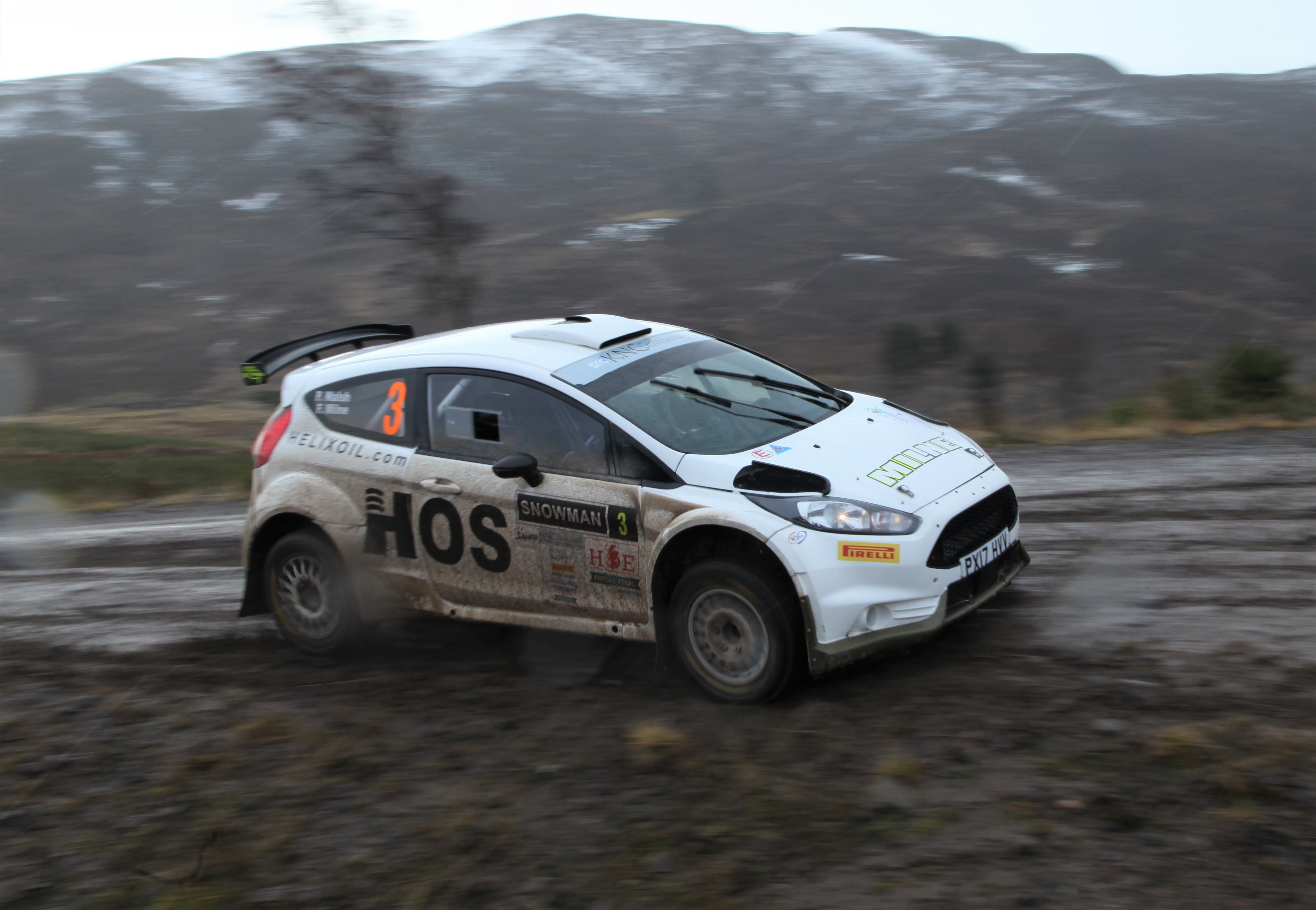 “I tried like I never have before in that last test,” he admitted.

“It’s very mixed emotions today as we felt we were held up in that last stage so we thought we’d done terribly but ended up on the podium. All I really care about is the Scottish Rally Championship so this year we want to have a really good go at it.

“I’m kind of in two minds whether to use the R5 for the rest of the season or the Subaru WRC. They’re tricky things to drive the R5 cars but this is the first rally where I really started to feel like I was extracting the potential from it so let’s see.”

Macdonald had to settle for fourth ahead of John Wink and Neil Shanks’ Hyundai i20 R5. The Snowman proved a trying rally for the pair who were a little disappointed to be 48 seconds shy of the win.

Behind McCombie’s Focus was Alan Dickson and Martin Forrest’s Mitsubishi Evo IX as Dickson bested the conditions to deliver a mature and sensible drive. Ian Forgan and Chris Lees, Mark McCulloch and Michael Hendry and John Morrison and Peter Carstairs completed the top 10.

Forgan’s eighth place also awarded him the Albyn Garage SRC Challengers victory – a result that delighted him on his first Snowman in three years and behind the wheel of a Subaru Impreza that’s less fancied compared to some of the other cars in the field. 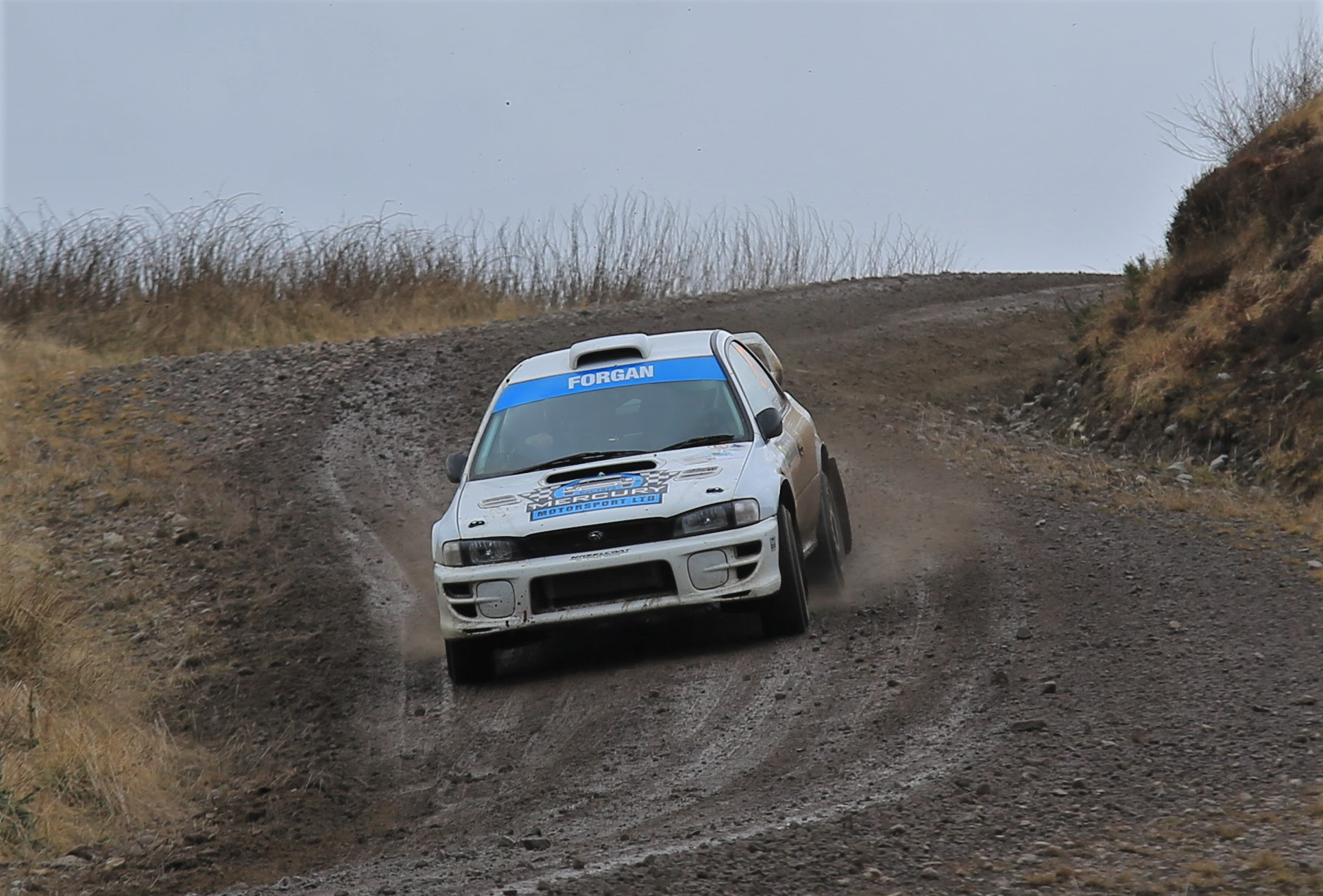 McCulloch sealed the Scottish 2WD Championship win in his Ford Escort Mk2 but was pushed hard by Keir Beaton and Iain Thorburn. Bobby Mitchell and Craig Wallace secured third in the category in their Ford Fiesta ST as defending champions Iain Wilson and Chris Williams retired, snapping a wheel and a brake disc with a puncture on the first stage.

The nominees for the SRC John Horton Star Driver Award will be announced in due course.

The next round of the championship is the McDonald & Munro Speyside Stages in Elgin on Saturday 18th April.