With over 100 starters the McDonald & Munro Speyside Stages was very well supported across the many classes within the KNC Groundworks Scottish Rally Championship. 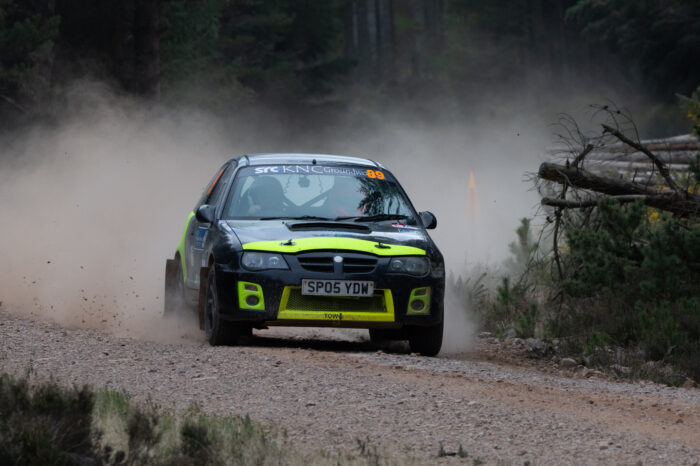 After a disappointing retirement on the Snowman with a broken cam gear Robert Tonge & Sean Newlands had burned the midnight oil to repair their MG’s engine in time for their home event. Thankfully the engine held together and they would take the C1 win. 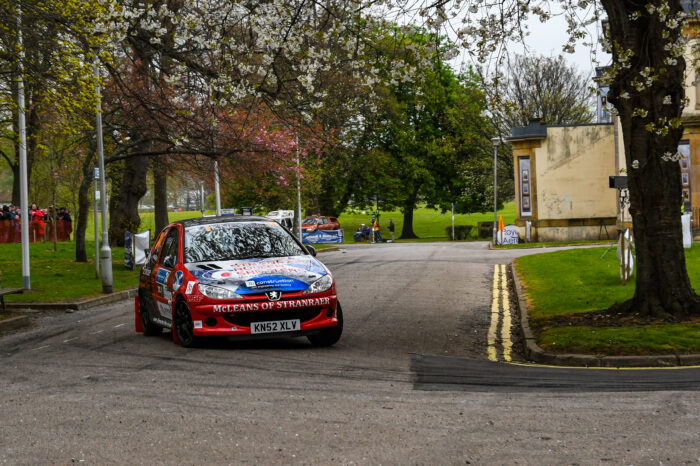 Taking a 2nd win of the season Martyn Erskine & Kieran Hyslop found the 206 to be a bit of a handful on the loose stages, enjoying a couple of half spins during the day. They also enjoyed swapping times on some stages with the 106 crew of Nikki Addison & Rachel Matheson. 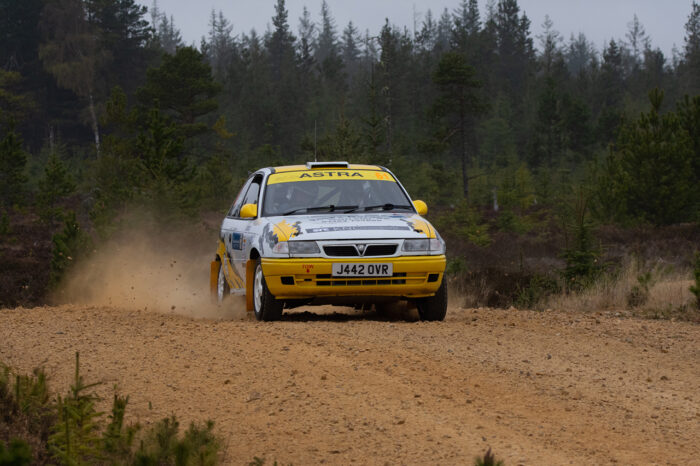 Class C3 came down to a battle between the Astra of Craig Smith & Charles Mackenzie and the Opel Manta of Graeme Sherry & Ewan Lees. Both crews flirted with disaster, the Manta almost off the road in Teindland and the Astra in a ditch over the flying finish of stage 8. At the end of the day Craig & Charles would take the win by just 17 seconds. 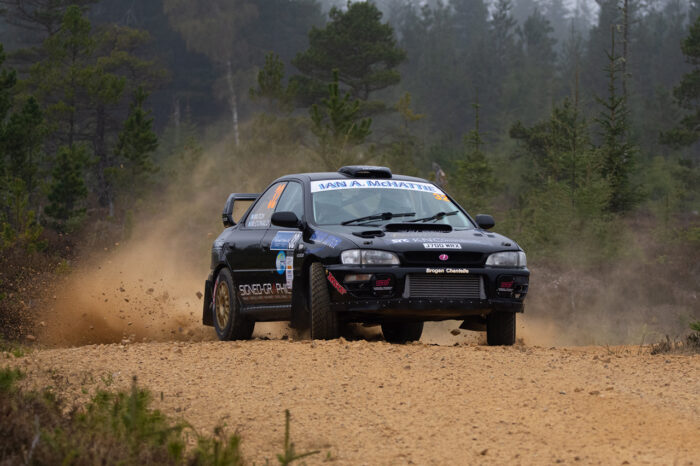 Dominating the class by almost 2 minutes Scott Mutch & Greg McDonald were delighted to bounce back after their disastrous Snowman. They also took the win in the 5 Star Vehicle Deliveries Subaru Cup. 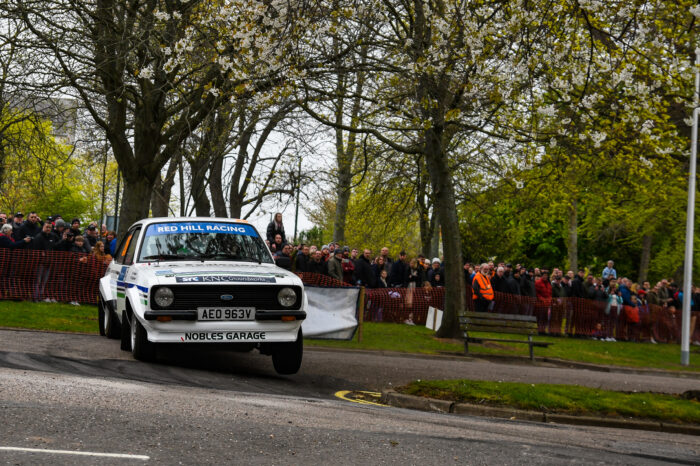 Top 2wd and the class win went to the Pinto powered Mk2 of Stuart Egglestone & Brian Hodgson on their SRC debut. Running out of gears on the fast stages they were almost 4 minutes up on Keith Robathan & Ian Nicoll, Keith & Ian debuting their newly acquired Vauxhall Firenza. 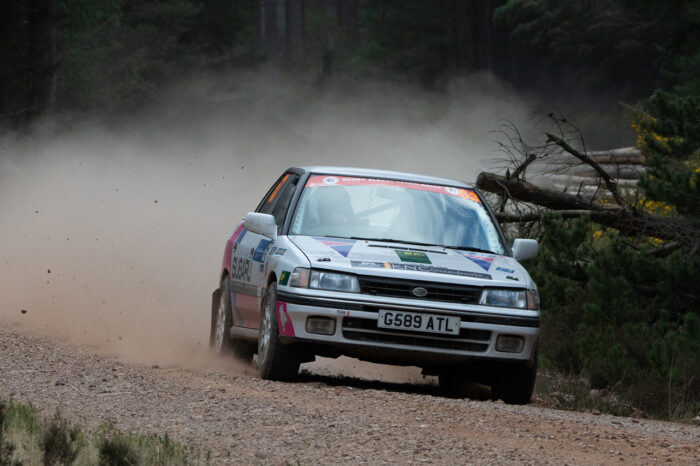 Reunited with regular co-driver Tony Booth Donald Brooker would make it 2 wins out of 2 in his Subaru Legacy. The big saloon proving to be very stable on the fast stages. They finished just 7 seconds ahead of Jim Robertson & Mike Curry’s Mk2.  The Haddo Energy Super Seniors winner spent the day battling distributor issues on the way to 2nd in class. 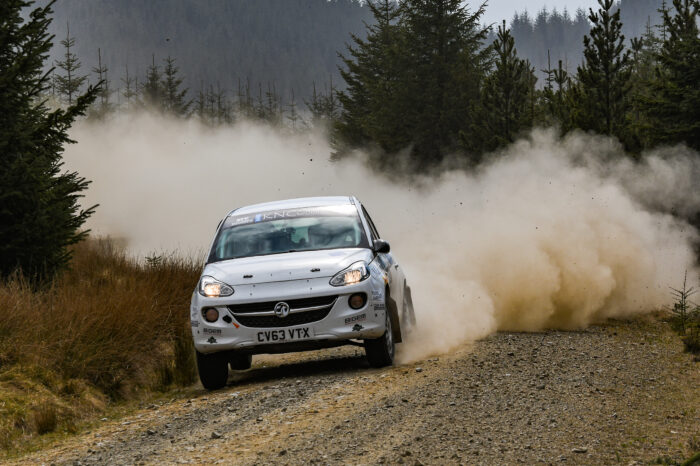 Taking both the class and the Moates Offshore Junior win Robert Proudlock & Steven Brown were delighted at the finish. They spent most of the day battling with the R2 Fiesta of Justin Gunning & Keith Fair, right up to the point that the Fiesta crew fell into a ditch. That would leave Scott Peacock & Craig Wallace to take 2nd in their MG ZR. 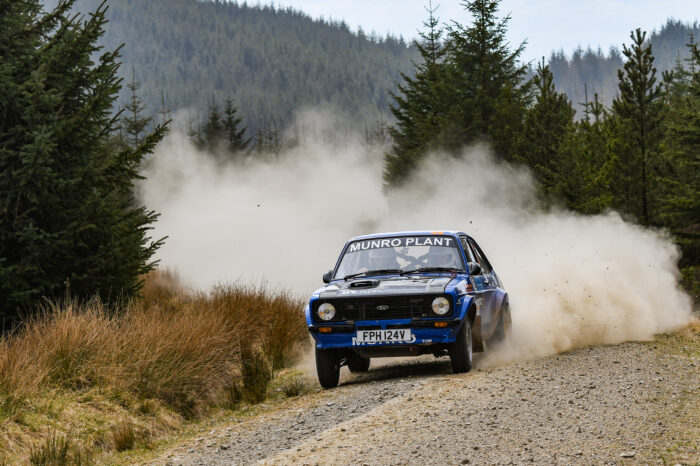 Class M4 came down to a battle between the Escorts of Paddy Munro & the returning Dougal Brown. For their part Dougal & co-driver Lewis Rochford spent the day learning the new car and the MRF tyres. They ended up just 12 seconds behind Paddy & David O’Brien, Paddy having to work his lower powered Mk2 hard on the fast stages. 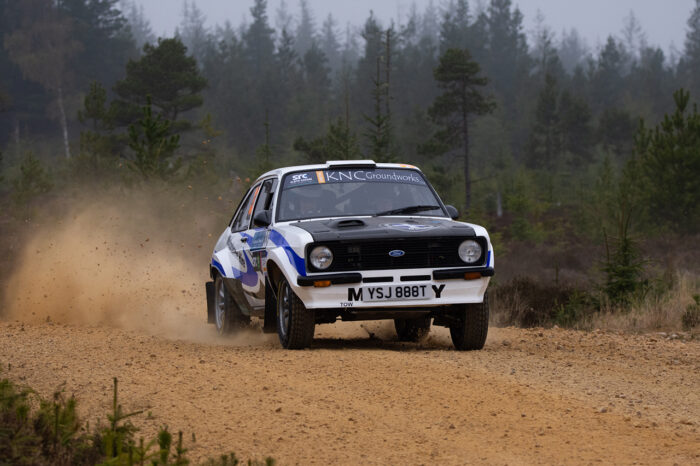 It was a battle for survival in class M5, 6 starters were whittled down to just 1 crew by the finish. Gordon Murray was making a return to the SRC after supposedly retiring from rallying, and with Phil Sandham alongside they finished in 32nd place overall. 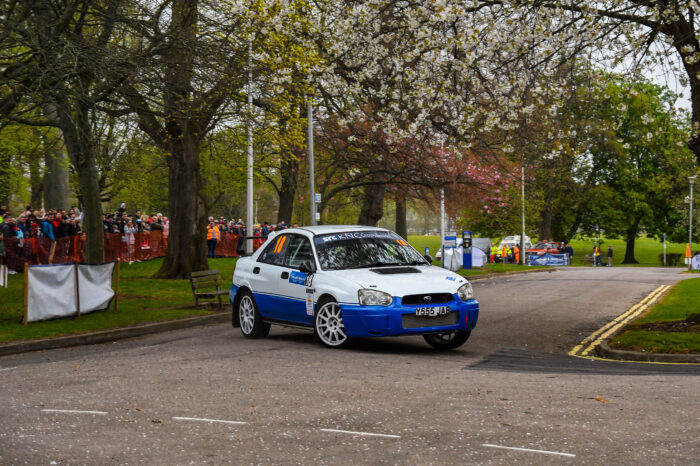 M6 was a battle of the Imprezas, Ian Baumgart & Mark Fisher taking the win by just 7 seconds at the finish over Keir Beaton & Iain Thorburn. Both crews having to make adjustments to their car setups during the day, finishing 15th and 17th respectively. 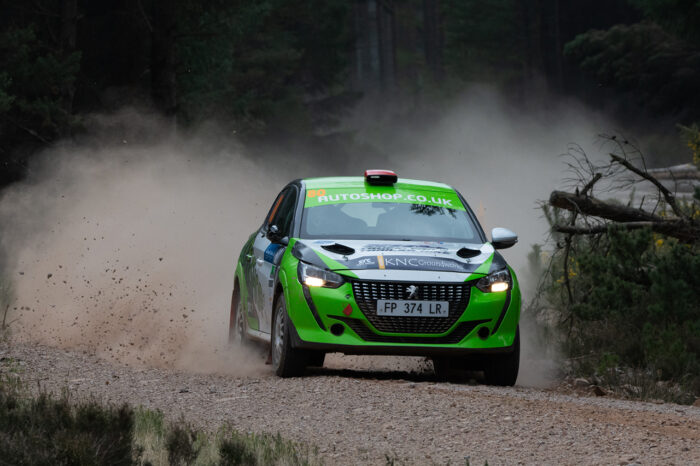 When Peter Stewart & Harry Marchbank retired with mechanical problems after stage 3 it was left to Richard Stewart & Carin Tait-Logan to uphold the Autoshop team honours. 56th overall at the finish was a big improvement on their Snowman result.