5 times Scottish champion David Bogie took his 3rd win of the 2022 KNC Groundworks Scottish Rally Championship season, their victory on the Dunoon Presents Argyll Rally being both his and co-driver Cammy Fair’s 1st win on the event. 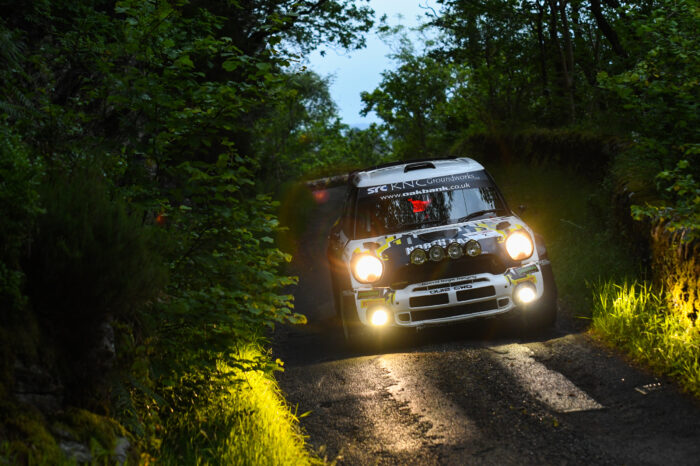 With Jock Armstrong’s Impreza still in surgery after the Reivers, David had installed Cammy Fair in the hotseat of the MINI WRC. Quickly adapting to how each other work they finished the Friday night leg with a 5 second lead. After an inspired tyre choice on the Saturday morning they leapt out to a 32 second lead by the midday regroup. With the MINI sold they made sure to keep everything safe on the final loop to take the overall & SRC win. 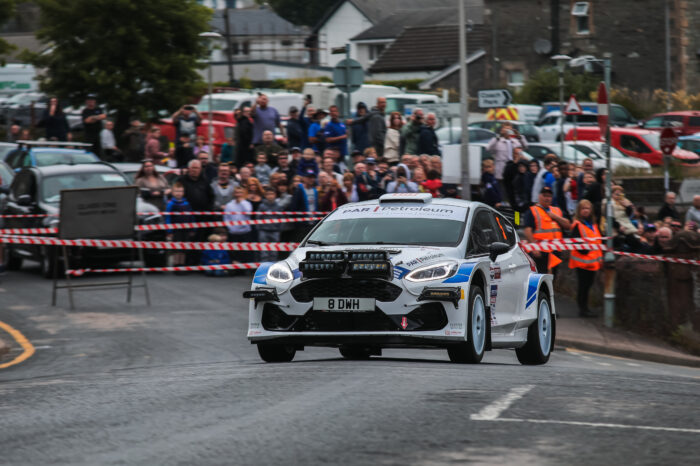 On their 1st event in a Rally 2 Fiesta David Henderson & Chris Lees had both SRC and Protyre Championship points at stake. 3rd in the SRC overnight they stepped the pace up on the Saturday, grabbing 2nd overall in the event, 2nd SRC points and the Protyre win. Definitely a crew to watch as they adapt to their new mount. 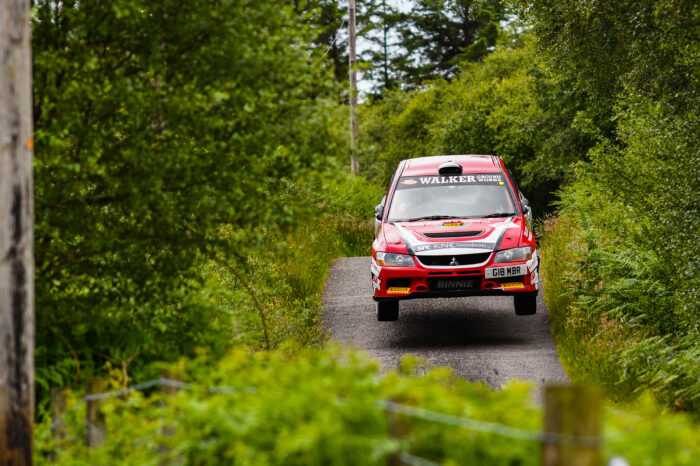 Held up briefly by another competitor’s off on their 2nd run through Dunoon town centre, Michael Binnie & Claire Mole had found the Friday night stages to be quite challenging. They spent Saturday morning in a battle for 4th before absolutely charging over the final loop to 3rd SRC and 3rd overall. The Evo crew maintaining their fantastic run of podium finishes in 2022. 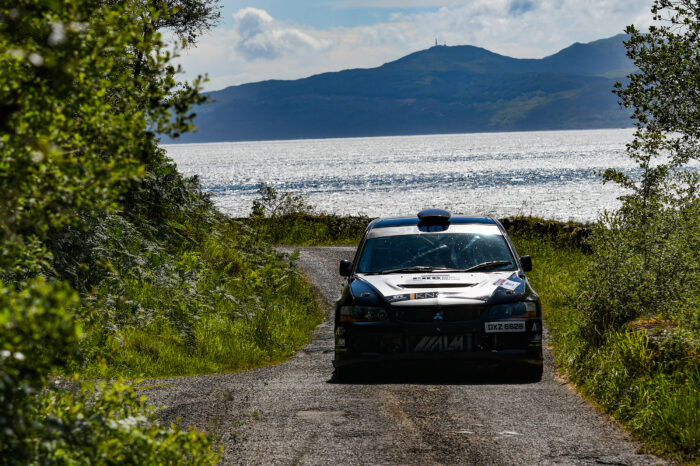 Angus Lawrie & Paul Gribben took the Albyn Garage Challengers win after a titanic battle with team-mates Willie Paterson & Tom Hynd. Clipping a kerb in Dunoon, Angus had found the Friday loop to be a baptism of fire while Willie had finished the night with dodgy lights. The battle on the Saturday was an absolute belter, Willie on the fightback was pushing Angus hard but the black Evo would take the win from the red sister car by just 18 seconds at the finish. 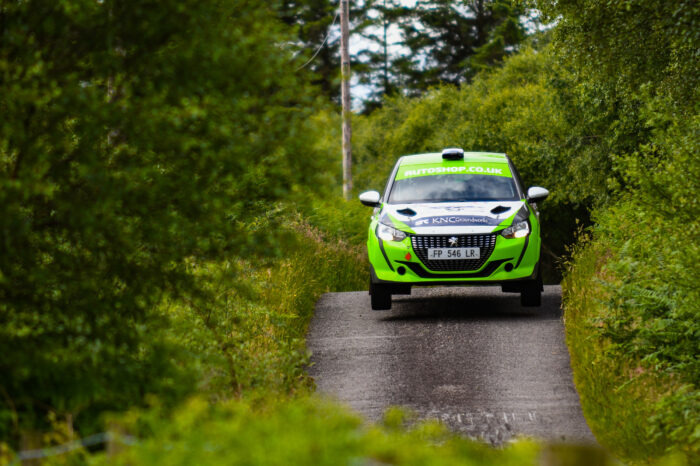 3rd 2-wheel drive car on the event but top Autoshop 2wd crew, Peter Stewart & Harry Marchbank had found the stages to be hard work in the 208 R4. The front wheel drive car struggled to deal with the debris the 4 wheel drives were pulling onto the road, resulting in a few big moments even in a straight line. 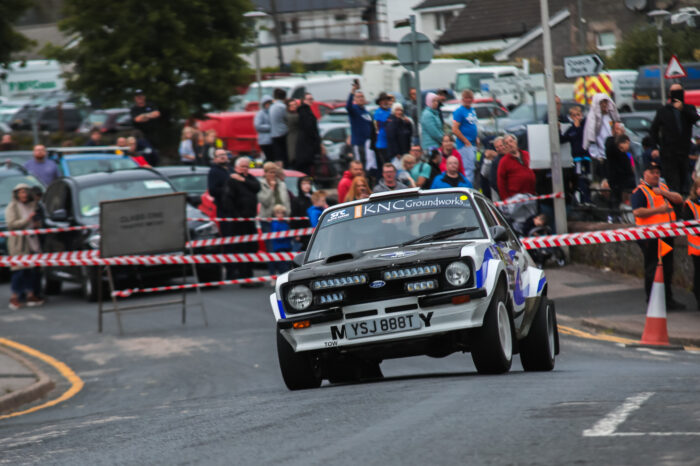 Gordon Murray & Steven Brown would take the Haddo Energy Super Seniors win. A wrong tyre choice on Friday left the Mk2 with no traction, spinning the wheels all the way up to 5th gear. Saturday was better for tyre choice but they were frustrated by a time penalty for hitting a chicane. 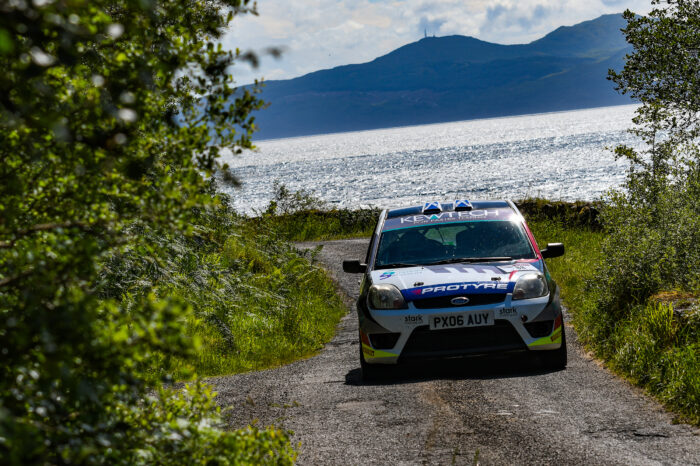 Just 16 seconds behind the Escort, reigning Junior champion Johnnie Mackay would take a 1st Moates Offshore Juniors win of the season. Another to have a chicane penalty, the Fiesta driver was an excellent 34th overnight in the wet conditions. The dry Saturday exposed the Fiesta’s lack of power, and this plus the engine’s appetite for oil meant Johnnie & co-driver Michael Cruickshank slipped back to 49th overall by the finish. 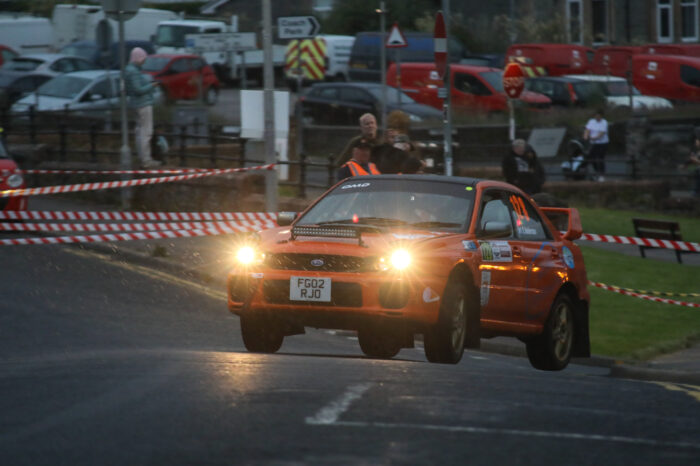 Orrin McDonnell & Eoghan Anderson finally had their new engine firing on all cylinders on their way to a 1st 5 Star Vehicle Deliveries Subaru Cup win of the season. They endured a scary moment when one of the rear shocks collapsed into the wheel arch mid stage but thankfully that was sorted with some gentle persuasion on the road section. 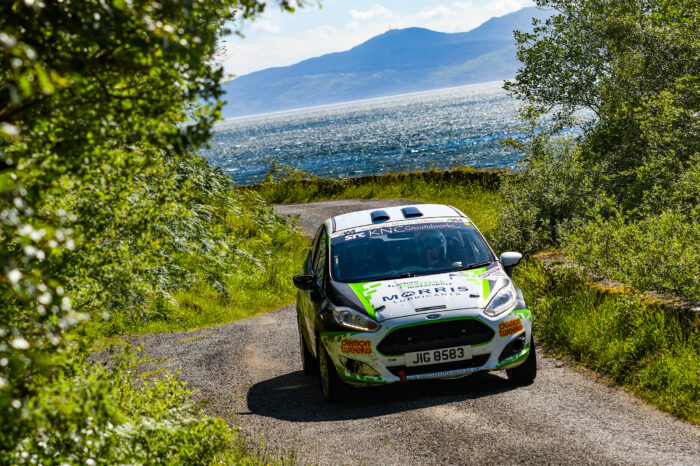 There was carnage in the Ladies contest with both Meghan O’Kane & Nikki Addison failing to see the finish. Championship leader Aileen Forrest’s challenge took a big hit with electrical problems on the Friday night. That left reigning champion Ashleigh Morris to take advantage. Also struggling on the Friday with misting problems in the wet she ran very strongly on the Saturday up to the point where she fell off the road in SS10. Thankfully spectators pushed the Fiesta back on and – despite taking a stage maximum – she would make it to the finish to take her 2nd win of the season.

David Bogie’s victory stretches his lead in the championship standings to 4 points over Michael Binnie, while co-driver Claire Mole sees her lead over Cammy Fair cut to 2 points.