The RSAC Scottish Rally once again ran all the 2wd cars in reverse seeding order. This allowed some of the lower powered cars to run towards the front of the field, let’s see who came out on top in the classes. 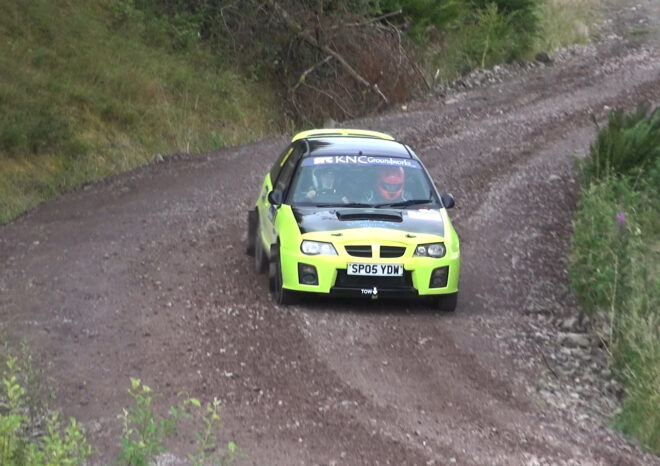 Robert Tonge & Sean Newlands had made the long trip down from Elgin to compete in their MG ZR. With the Grampian not far away they were under strict orders to finish without damage. They tried their best not to with a visit to a ditch that required some help from spectators and finished the event with no alternator. The MG finishing 44th overall. 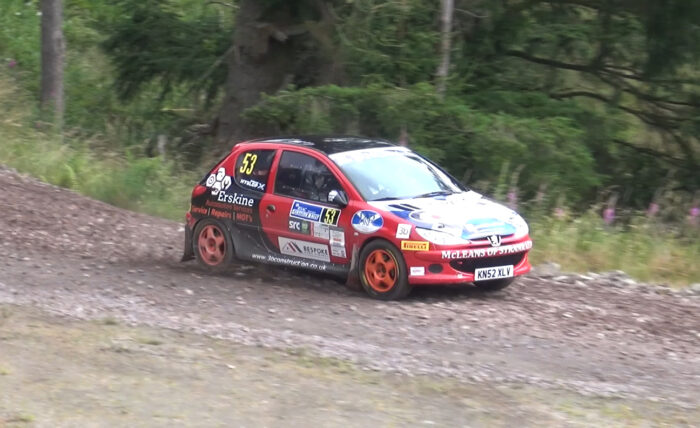 Martyn Erskine & Kieran Hyslop had done a lot of pre-event work on the setup of their 206, particularly when it came to tyres. The hard work paid off, taking the class win by over a minute. Their were a few moments along the way, including a major 2 wheel moment in a hairpin that had them convinced they were rolling. This result puts Martyn into the points lead by just 1 point from Nikki Addison and leaver Kieran tied for the co-drivers lead with Rachel Matheson. 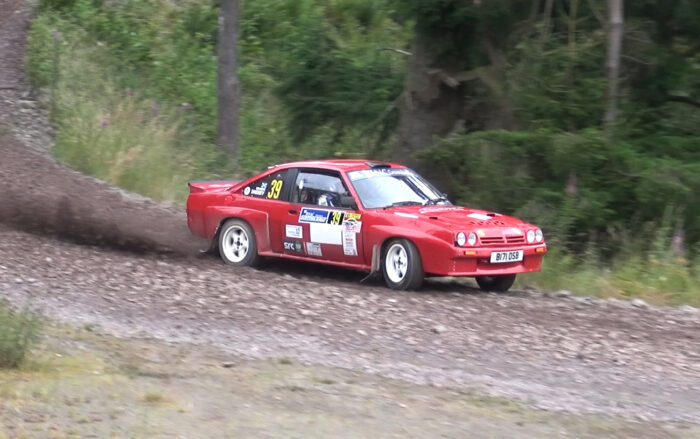 32nd overall Graeme Sherry & Ewan Lees had another character building day out in their Manta. Graeme, still adapting to how long the car is, was annoyed when the rear end clattered a bank on the final corner of Ae, the same side as was damaged on the Clark. Thankfully the damage wasn’t too bad and they carried on, finishing the event with no exhaust. 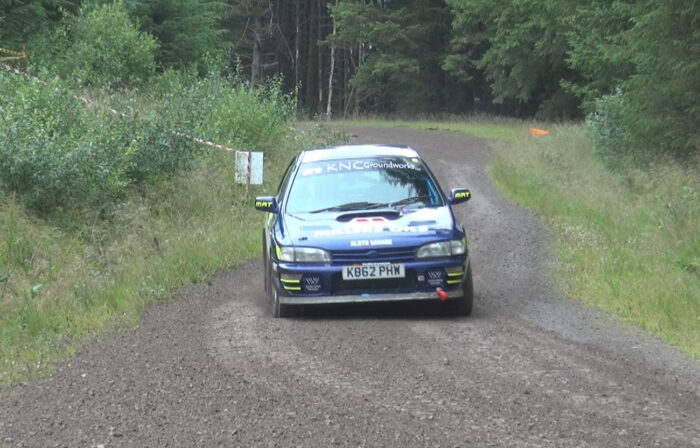 After Jordan Anderson & John Shepheard retired Mike Moates & Gary McDonald were left upholding C5 honours. Taking it steady in the horrible wet conditions they made sure to make no mistakes on their way to 23rd overall. 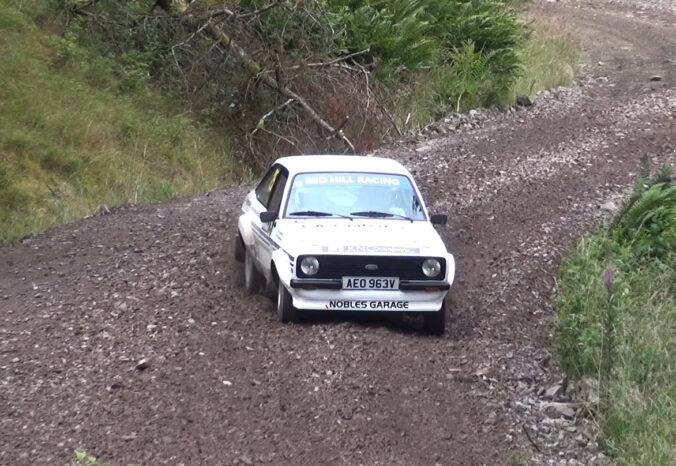 After the Sunbeam of David McLeod & Eamonn Boyle retired early, Stuart Egglestone & Brian Hodgson were left as the only H1 SRC crew. Absolutely flying, the power delivery of the Pinto came into it’s own in the wet conditions and they would finish an incredible 9th overall and top 2wd car. 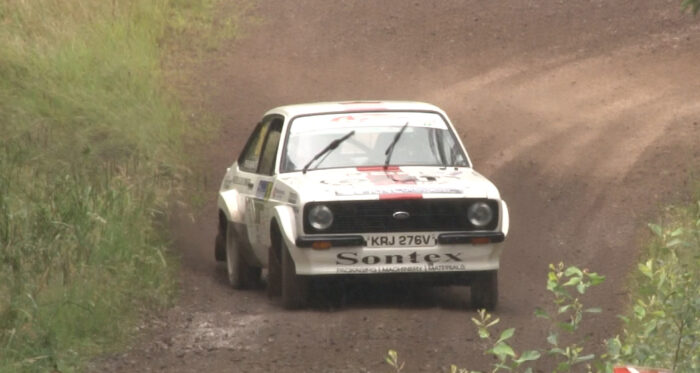 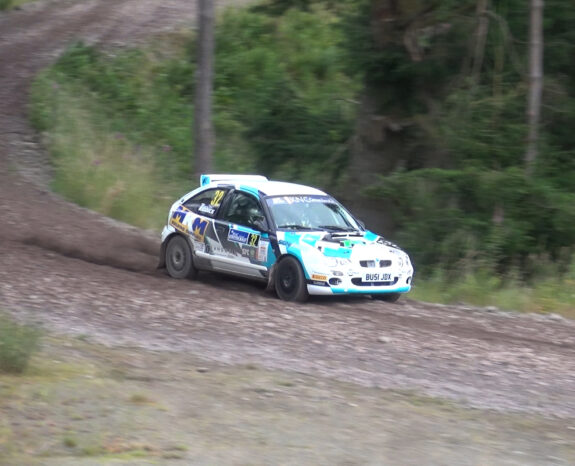 Keith & Mairi Riddick would take the M2 win. The exhaust coming apart in stage 2 left them down on power until they could rectify it in service. After that they found the high-revving MG didn’t like the wet conditions, struggling with wheelspin when the rain really started to fall in the afternoon. The MG taking 16th overall at the finish. 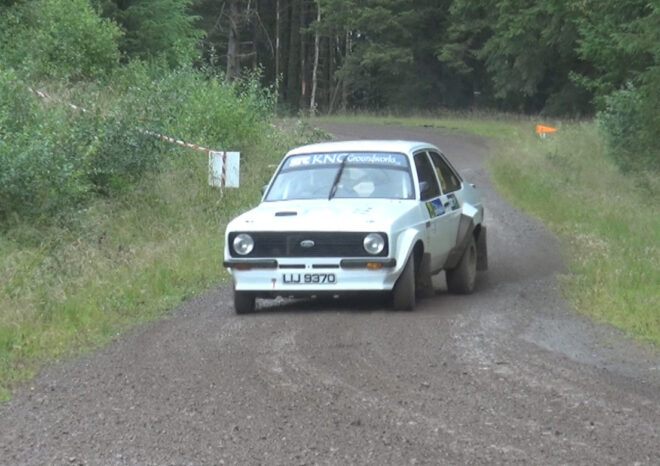 Taking a 2nd class win in a row John Crawford & Karen MacLeod produced one of their best drives so far on the gravel this year. The MK2 sounding really fit on it’s way to 13th overall, spending the day catching other cars n the stages. 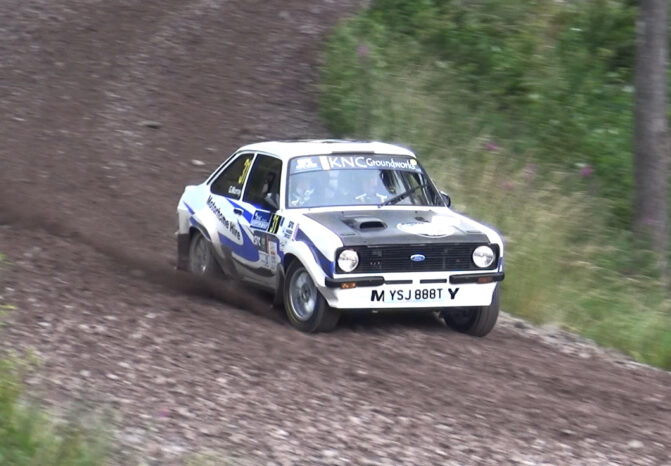 Gordon Murray took a 4th class win in a row in his big engined MK2. With Michael Cruickshank in the hotseat they had been battling with Crawford for 13th until the final stage. A time consuming puncture dropping them to 26th at the finish and 2nd in the Super Seniors. 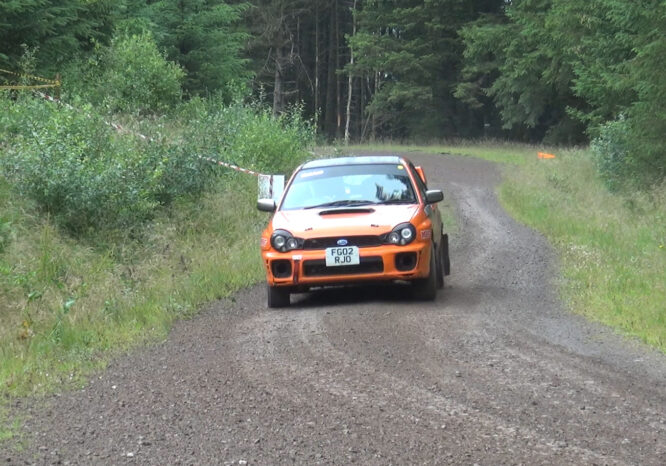 Orrin McDonnell & Eoghan Anderson took both the M6 win and their 2nd 5 Star Subaru Cup maximum in a row. The Orange Impreza sporting new suspension after damage sustained in Dunoon. It wasn’t plain sailing, the front right hub and driveshaft barely hanging together at the end of the day. 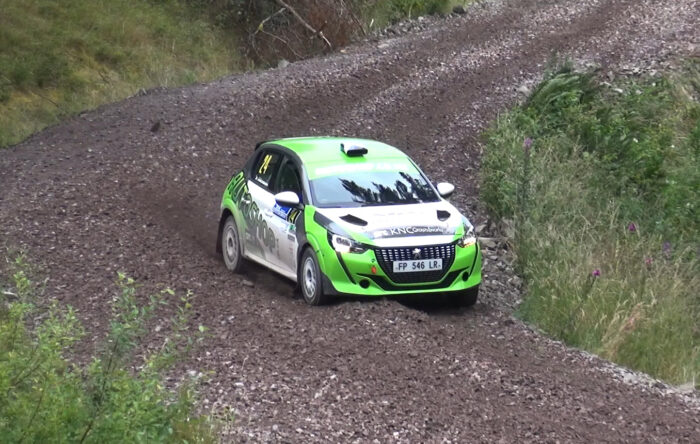 2nd 2wd car home Peter Stewart & Harry Marchbank had found the 208 a handful in the loose and in the wet, really struggling to get the power down through the front wheels. It was a difficult day for the 208 crew, arriving at the finish with muddy water and gravel in the footwells after a heavy landing had punched a small hole in the floor. Despite this they maintain their points lead in the Autoshop 2wd championship standings.