John MacCrone: “We Are Moving Forward” 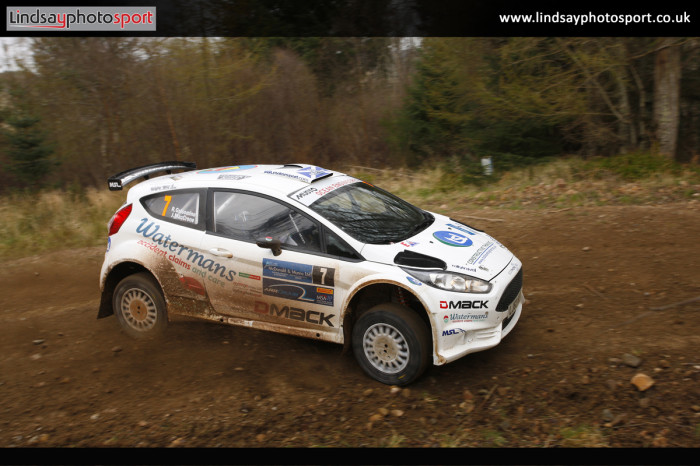 Tobermory’s John MacCrone entered the 2016 ARR Craib Scottish Rally Championship as one of the hot favourites for success equipped with an M-Sport built Ford Fiesta R5.

However, MacCrone has endured a “frustrating” start to his season on the Arnold Clark Jury’s Inn Snowman Rally and Brick & Steel Border Counties Rally, meaning we didn’t really see his and the car’s true potential until the McDonald & Munro Speyside Stages in April.

“So far the season has been a little frustrating with a few problems, but I’m really enjoying learning the car, working with Rhianon [Gelsomino], MSL Motorsport, Watermans and all our supporters.”

As each rally has gone on, MacCrone’s pace has dually increased as he gets back his confidence behind the wheel. His strong performance on the Speyside is one he thinks will beimportant for the rest of the season.

He said: “The Speyside was very important. The point of getting back in the car this year for me was to enjoy some rallying and see what happens. To be near the pace on the Speyside was a great boost and hopefully we can carry that forward.”

John took two fastest stage times on his way to fourth overall, but broke a driveshaft in the first run of the popular Gartly Moor test. Had it not been for this small issue, MacCrone could have taken his maiden SRC win.

“However I think the realisation for me that we’re moving forward is more important than results right now and I feel like it’s given me a little more fire in my belly to go quicker again.”

After what could be described as a slow start to the year, the Mull driver is now looking to maintain his current bout of speed and get himself up onto the podium, but is aware that won’t be easy.

John said: “I think if we carry on as we are doing then podiums have to be the aim from here on in.

“That’s not as easy as it sounds as this is a very competitive championship, but I think there is more speed to come.”

MacCrone is certainly up for the challenge.

“It’s looking like a great event and the chance to go up against the BRC boys is a great opportunity. It’s almost like comparing apples and pears though as the advantage of them getting to recce the stages will make a massive difference.”

MacCrone is next back in action on June 5th, where the ARR Craib Scottish Rally Championship heads to the Borders forests for the Jim Clark Rally.